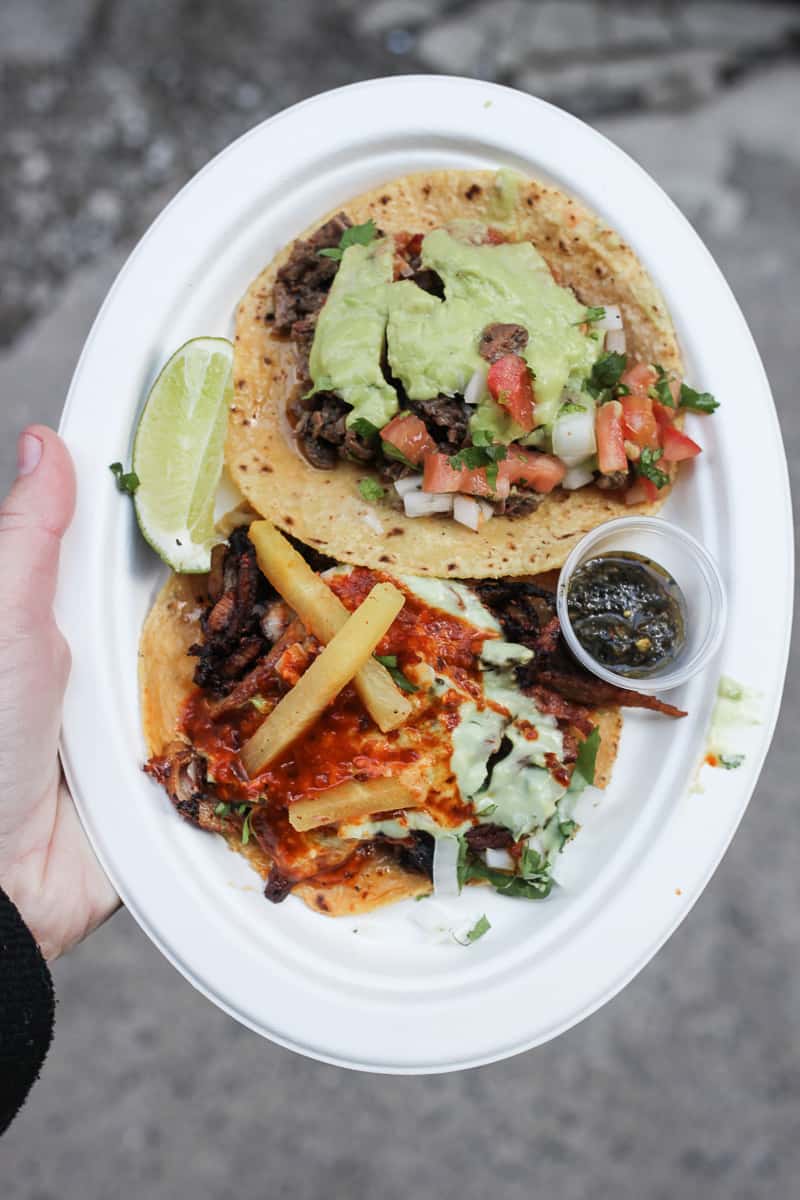 If you’ve ever been to Los Tacos No. 1 in the Chelsea Market in New York City, then you know that these tacos are an absolute delight. Most New Yorkers will tell you that Manhattan isn’t exactly a Mecca for great Mexican food, despite being one of the best food cities in the whole world, but whether you subscribe to this attitude or not, it’s unanimous that Los Tacos No. 1 makes downright amazing tacos. 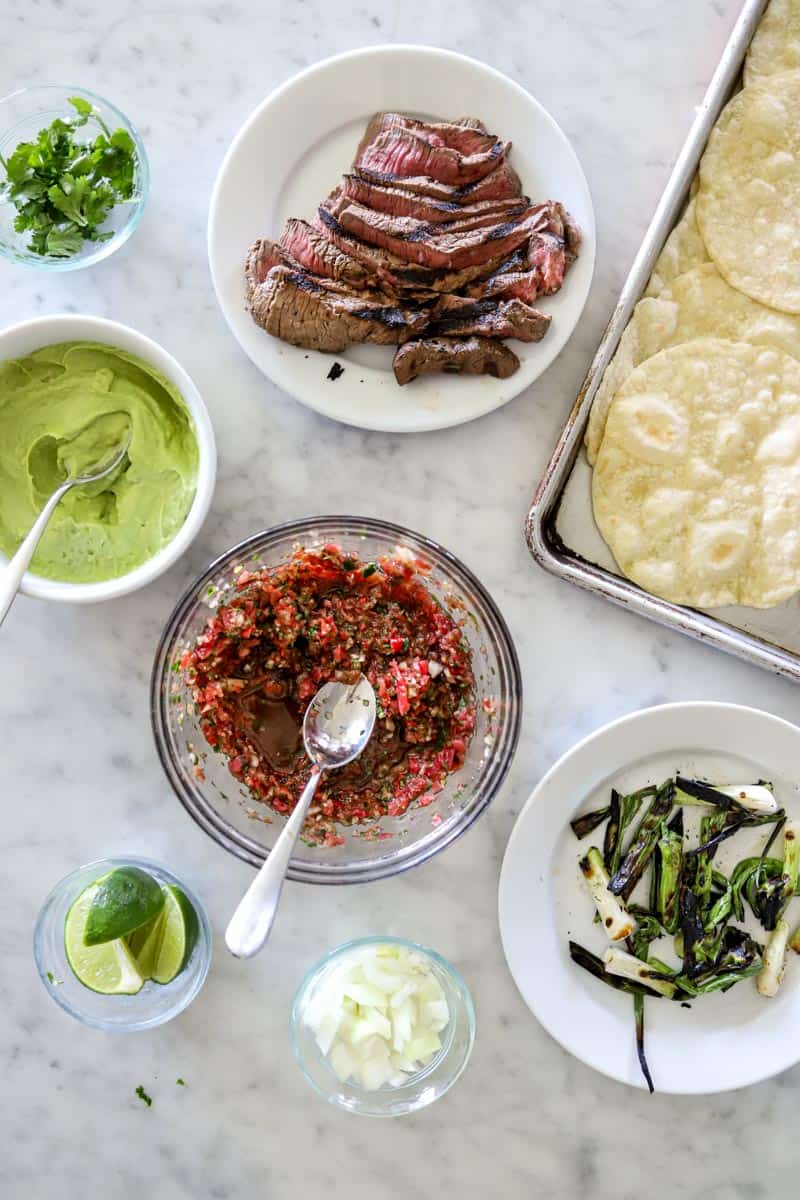 This Los Tacos No. 1 Carne Asada Taco Recipe is absolutely delicious. The care Asada must be marinated for 12-24 hours, so you’ll want to start this preparation the evening before to serve it the next day, or the morning of if you’re making it for dinner. The homemade flour tortillas are simply amazing, but if you don’t have the time or the willpower, storebought will work in a pinch (we highly recommend purchasing uncooked tortillas rather than pre-cooked tortillas, unless they’re fresh and locally made). 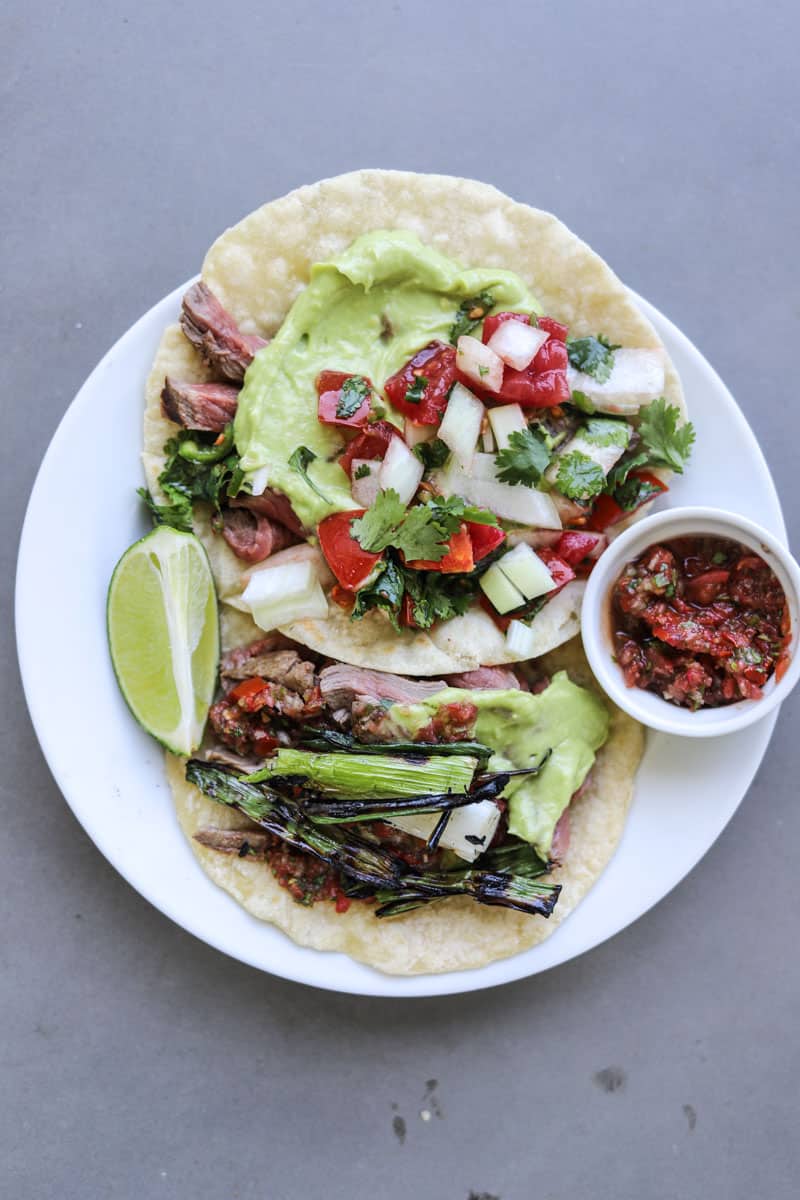 This Los Tacos No. 1 Carne Asada Taco Recipe also requires that you prepare the side dishes including the avocado sauce, salsa ranchera, grilled scallions, and taco toppings. Time consuming? Yes. Worth it? 100% 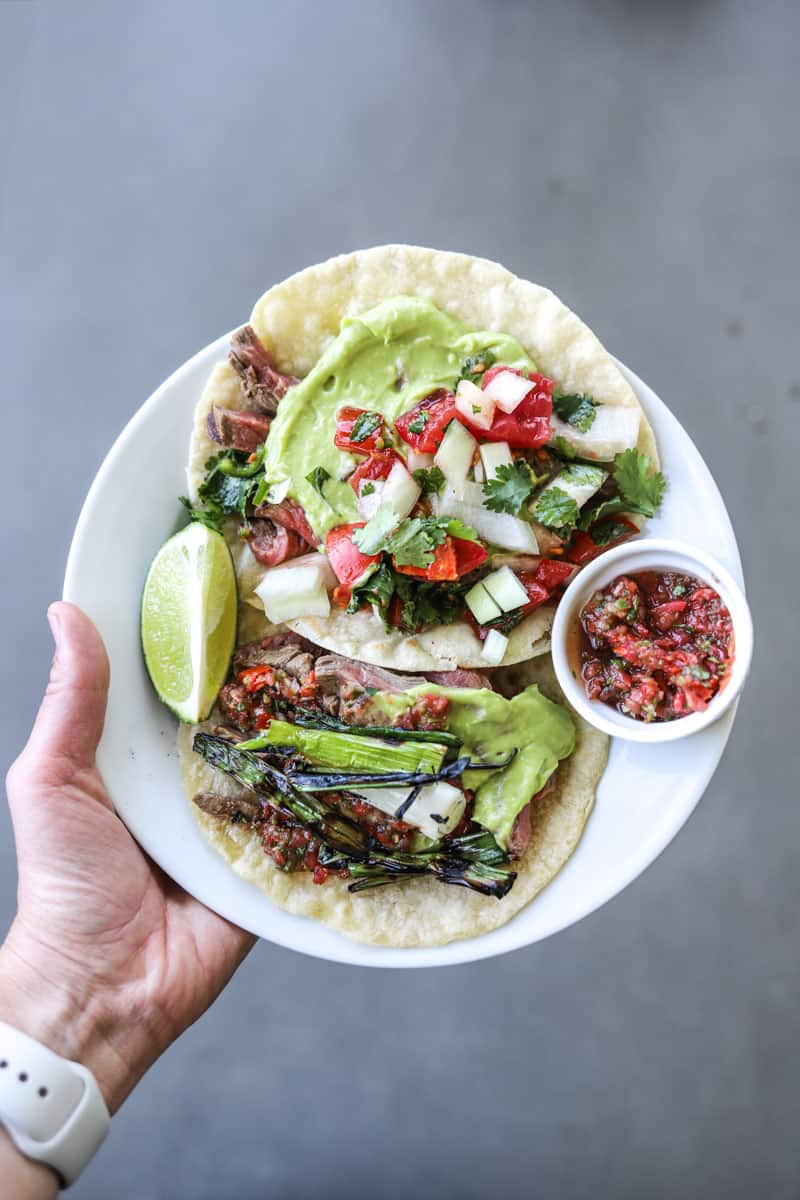 Let us know if you make this Los Tacos No. 1 Carne Asada Taco Recipe and happy cooking! 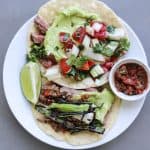 For the carne asada:

For the salsa ranchera:

For the avocado sauce:

For the grilled scallions: