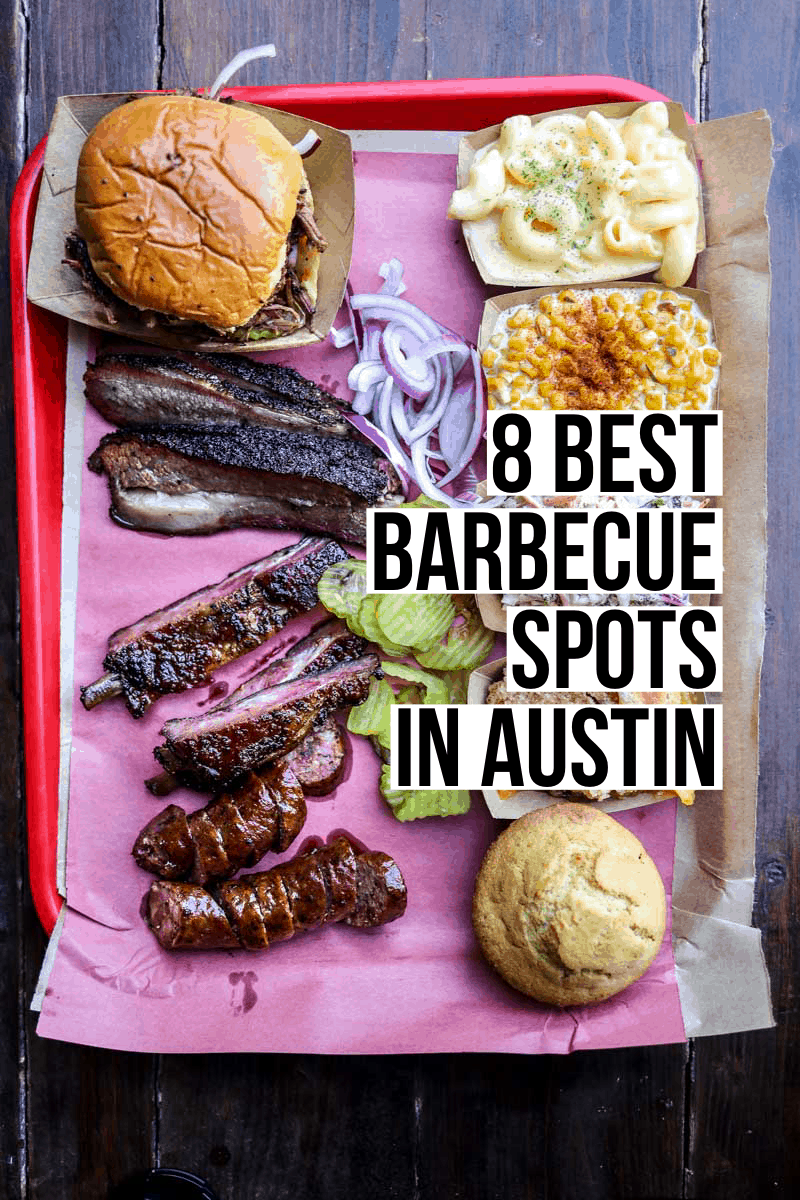 Barbecue and Austin a practically synonymous. And a different barbecue restaurant on every block, it can be hard to know where to go. Plus, if you’re only in town for a day or two, there’s no way you’re wasting one of your few meals in town at (potentially) the best restaurants in Austin on a less-than-stellar restaurant. And that’s where this guide to the best bbq in Austin comes in: hand-picked, locally vetted, insanely delicious barbecue in the Capital City. #Texasforever

Things You Should Know About the Best BBQ in Austin 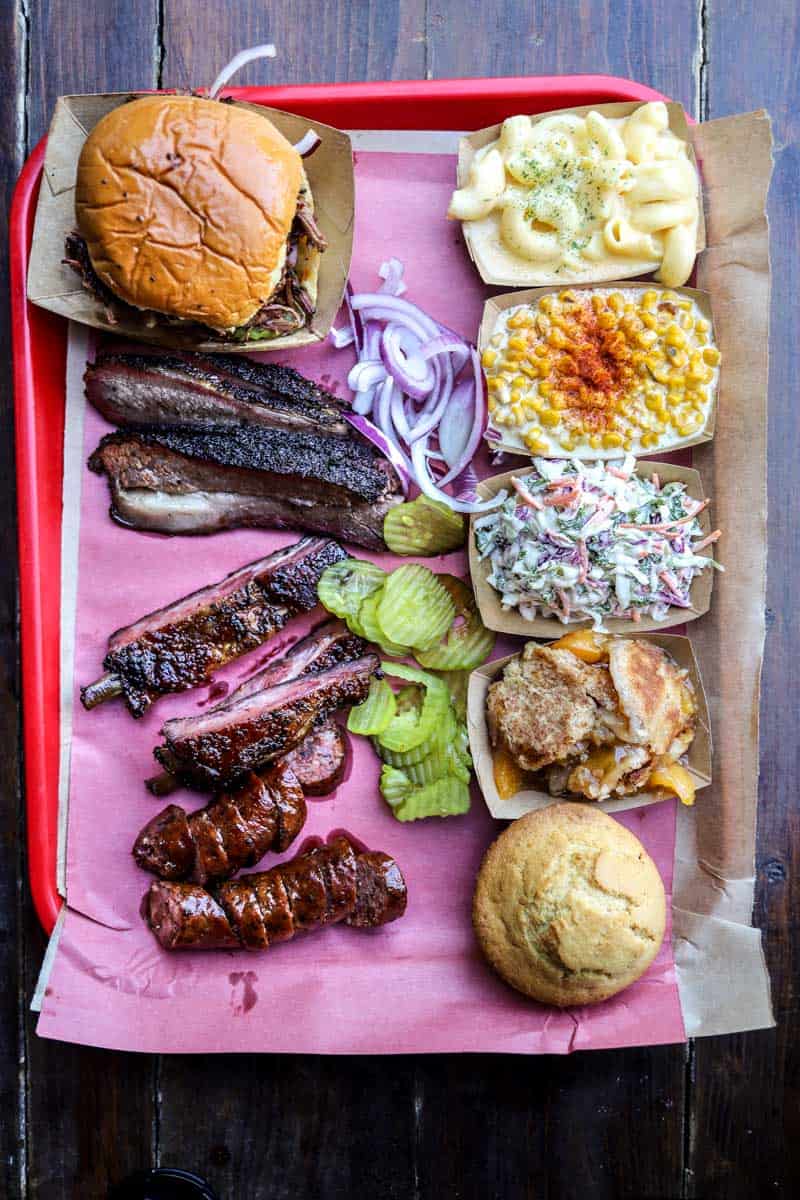 Not to be confused with Black’s Barbecue, Terry Black’s Barbecue on Barton Springs Road in South Austin is beloved by tourists and locals alike, and it’s a great spot to bring just about anyone. You won’t get the absolute best brisket in town here, but all of the meats have great flavor and the sides are also delicious (the creamed corn and mac and cheese are a must!). 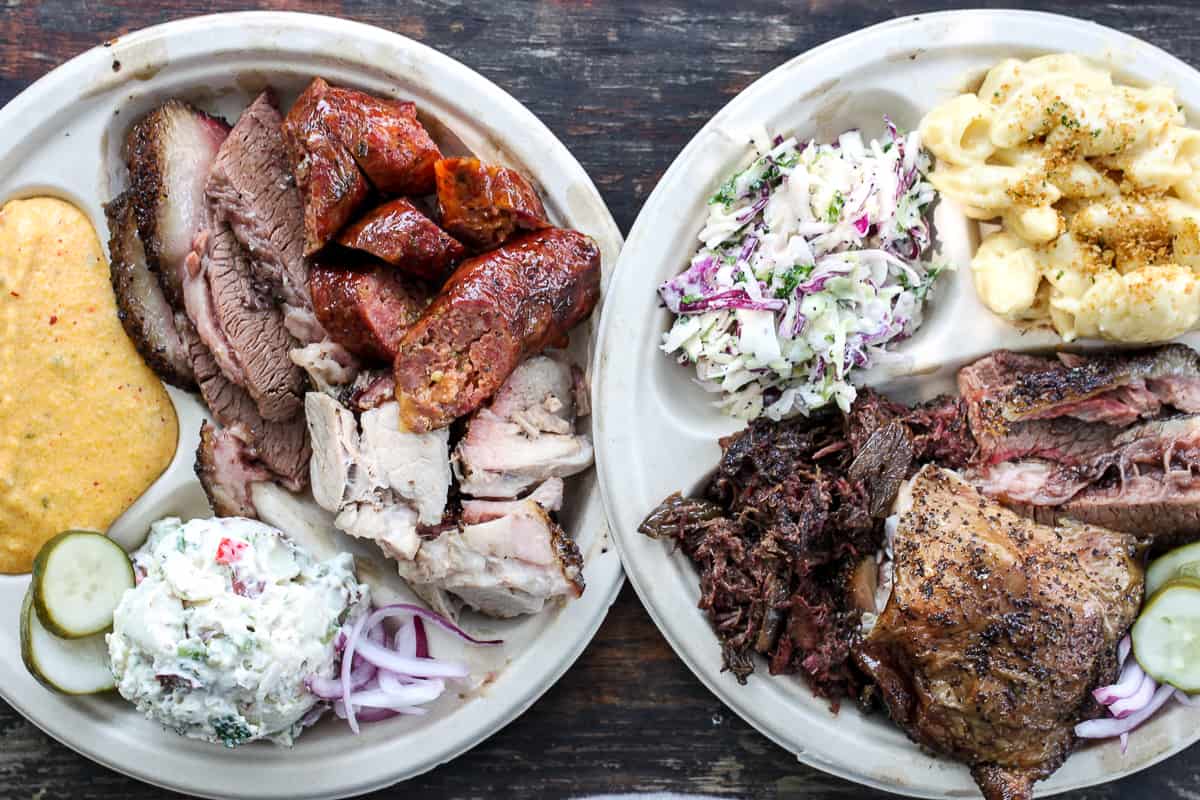 Micklethwait Craft Meats serves some of the best bbq in Austin from a trailer on the east side of town with adorning picnic tables. They have a set menu and they often sell out.  They do offer daily specials, but those specials aren’t advertised or on any kind of schedule so you’re always in for a treat. While the meats are delicious, the sides are transcendent. The lemon poppy slaw is the best coleslaw you will have in town.  Rather than your typical mayo-based slaw, this one is dressed with a lighter, sweeter vinaigrette, and it’s the perfect companion to the flavors of deep, salty smoked meats. And then there are jalapeno cheese grits, made with cheddar, cream, and gorgonzola cheese.  Truly delectable and creamy beyond belief. 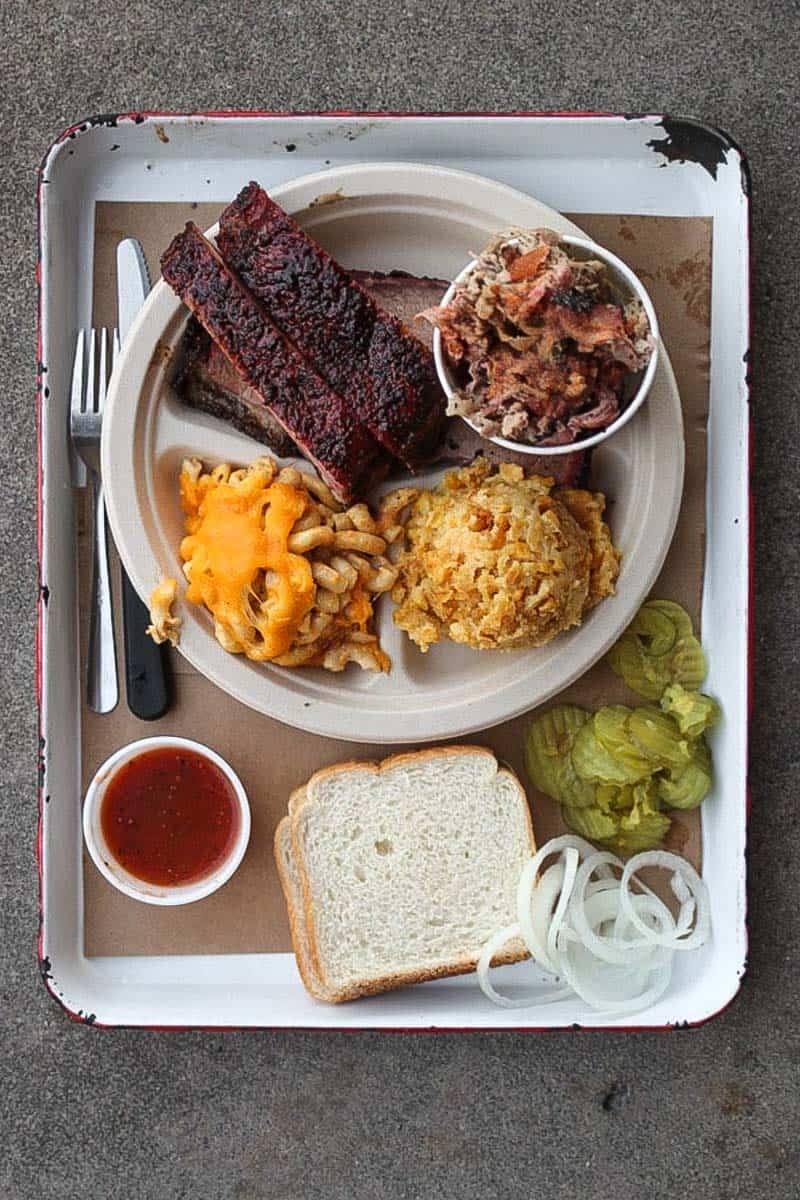 One of the best-kept secrets in town is Stiles Switch BBQ, situated in an old strip mall in Noth Austin. Away from the crowds and buzz of the city, Stiles unquestionably makes some of the best bbq in Austin. The sides and mains are both fantastic. Get a little bit of everything and whatever you do, don’t skip the sausage and don’t miss out on the cornbread casserole or mac and cheese (our favorite in town). You might encounter a line if you arrive at peak hours, but don’t let that detour you- it moves very fast and is always worth an extra minute or two. 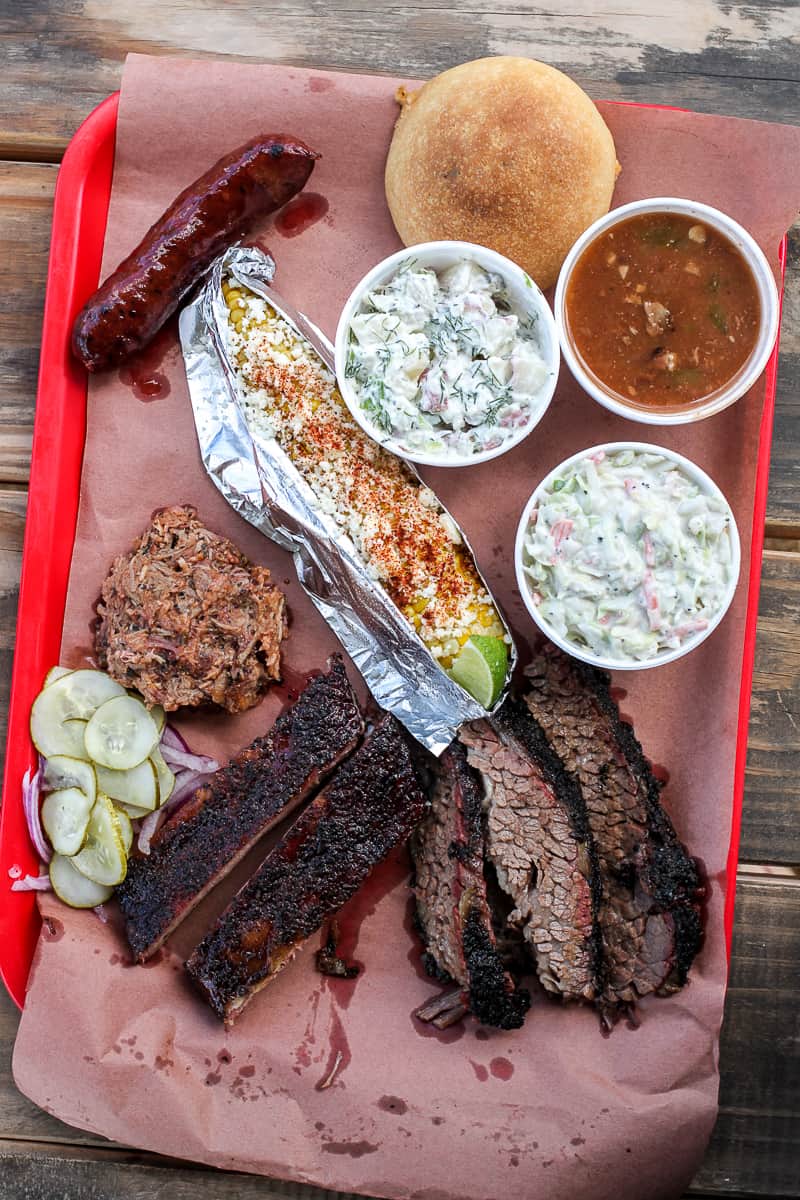 Quite possibly one of the most underrated spots for the best bbq in Austin is Kerlin BBQ. Also in east Austin, this kicked back barbecue trailer always delivers, and the meat here is truly exceptional. The brisket is buttery and delicious, the pulled pork is slightly tangy and sweet, and the sausage is exceptionally good. Kerlin BBQ serves incredible barbecue filled kolaches that you won’t find lie this anywhere else in town. The fluffy white bread paired with top-notch barbecue is absolutely delicious. 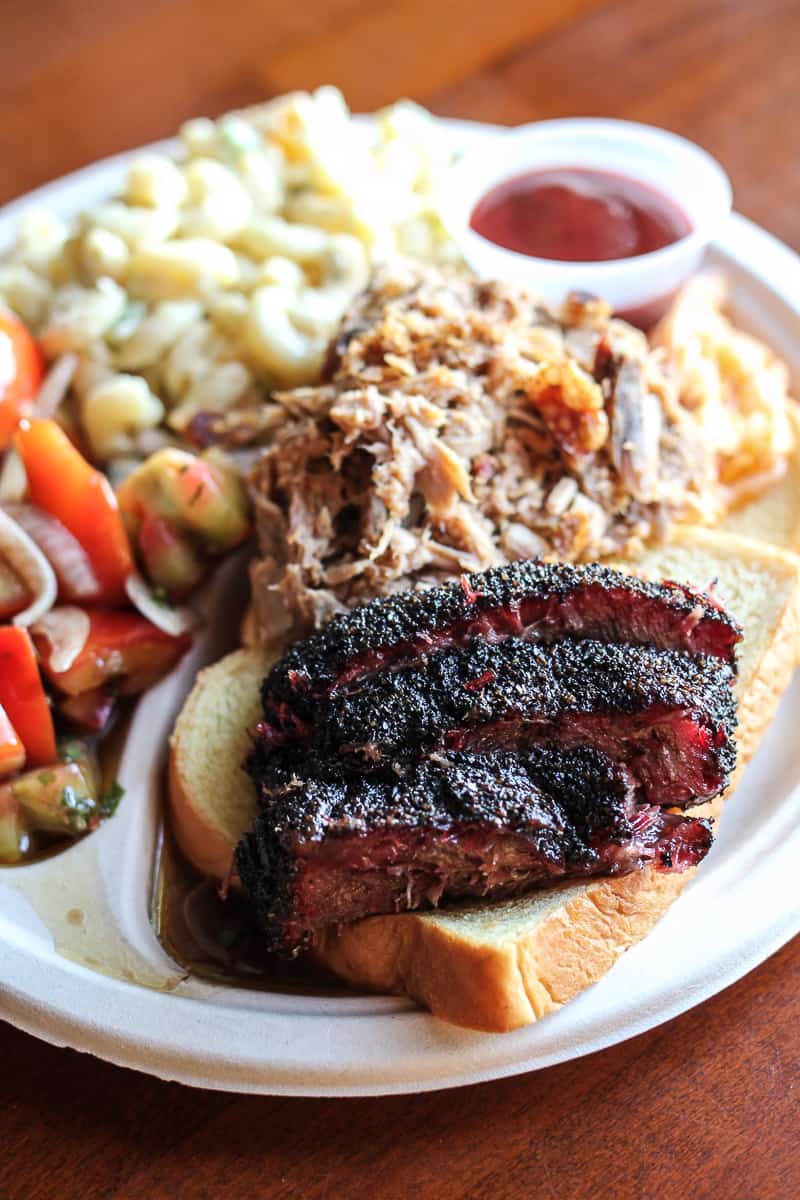 Leroy and Lewis Barbecue is our go-to spot for delicious smoked meats and some of the very best bbq in Austin. Served from a trailer on South Congress just north of Ben White Boulevard, the barbecue here is unforgettable. We love the innovation and gastronomic flair poured into every dish, while still preserving and respecting the hallowed art that barbecue is. Dine here on a Wednesday, Thursday, or Friday when they serve their succulent, moist beef check. Also incredibly noteworthy is their L&L Burger (one of the very best in town), made with smoked then seared akaushi brisket, American cheese, homeade sauce, grilled onion, and house pickles on a Martin’s potato bun. Check their website for weekly menus and make sure to at least try a couple of their wonderful sides. 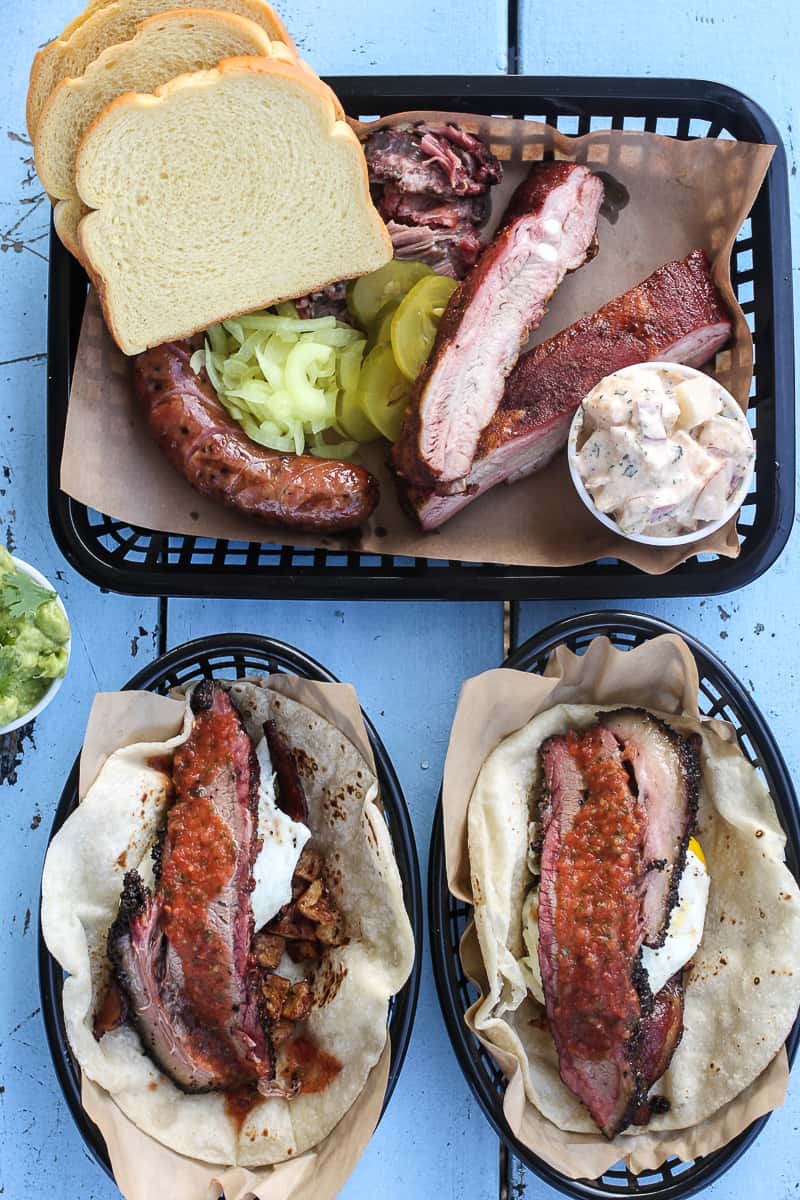 Four words: Tex Mex AND barbecue. Yes, they can coexist, and once you enjoy the divinity that Valentina’s Tex Mex BBQ is, you’ll never forget it. It’s a short-haul from the center of town to get to this barbecue joint, but Valentina’s serves some of the absolute best bbq in Austin. The barbecue itself is fantastic and consistently smoked to perfection- we swoon for the pulled pork and thick slabs of juicy brisket. Come for breakfast (served until 11) and get the Real Deal Holyfield breakfast taco- it’s simultaneously some of the best barbecue and one of the best breakfast tacos you’ll have in your life. 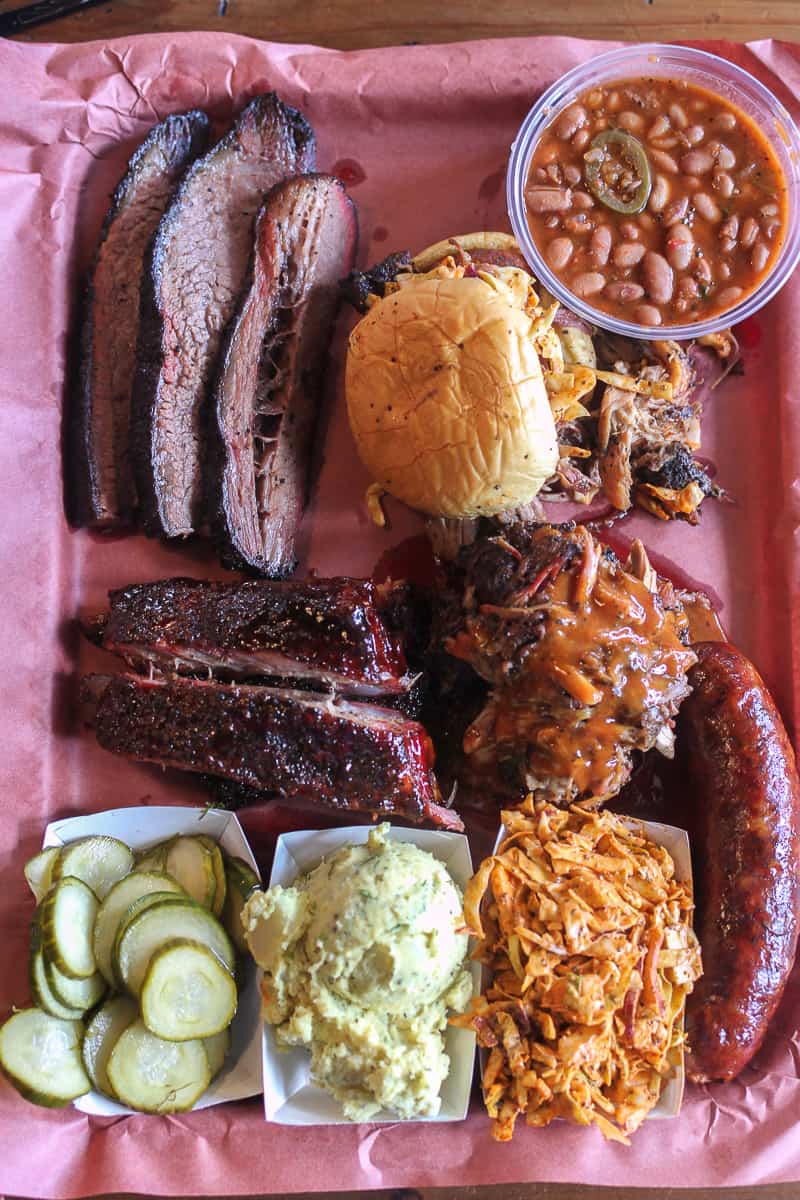 La Barbecue is legendary in the 512, and it’s no secret that they serve some of the best bbq in Austin. Come to la Barbecue if you want something traditional and delectable. The brisket will be phenomenal, the pulled pork and ribs are noteworthy, and the sides are a step up from other contenders in town. The coleslaw is unique and great on their sandwiches, the potato salad has great flavor (not too mustardy), and the mac and cheese cannot be missed. Arrive just before opening to avoid long lines or missing out on your share of the brisket. 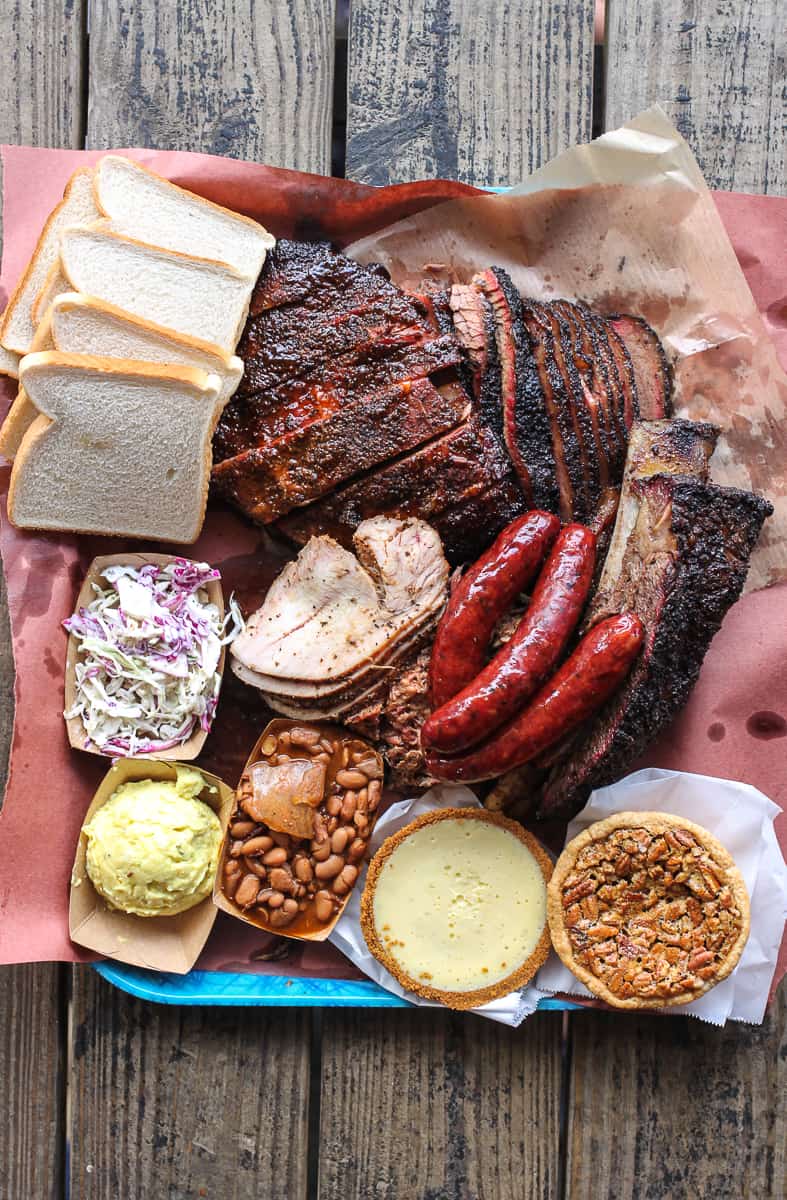 The rumors are true, Aaron Franklin does make the best barbecue in town, so if you’re a true connoisseur, pony up and wait your turn for brisket that brings world peace and is unlike any other cut of meat you’ve consumed in your life. First thing’s first: read our ultimate guide to eating at Fraklin Barbecue.

SEE ALSO: THE ULTIMATE GUIDE TO DINING AT FRANKLIN BBQ