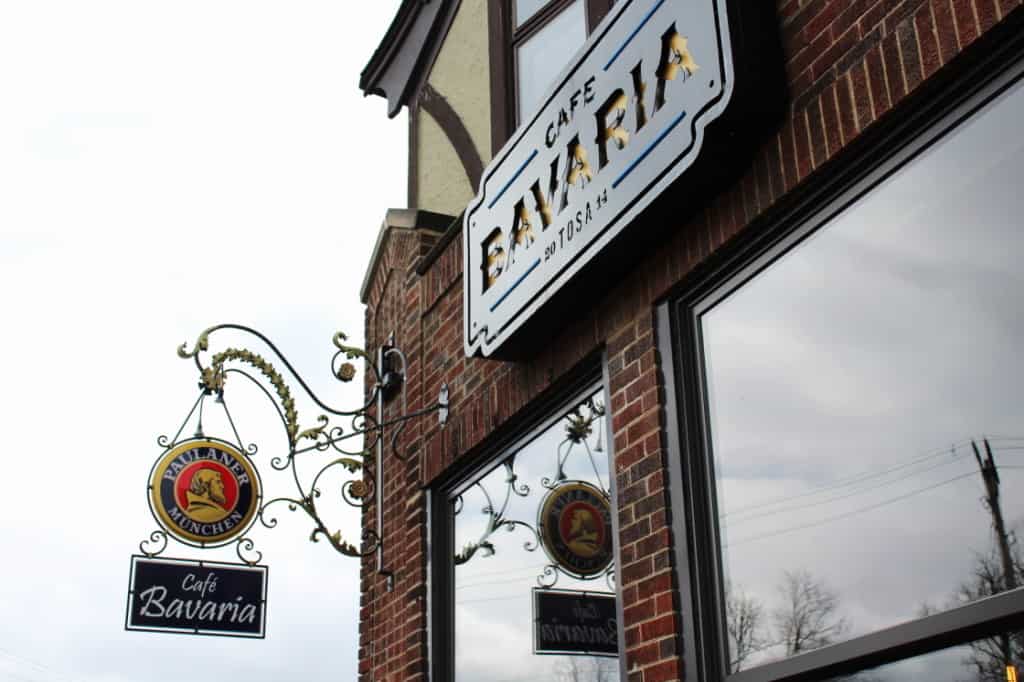 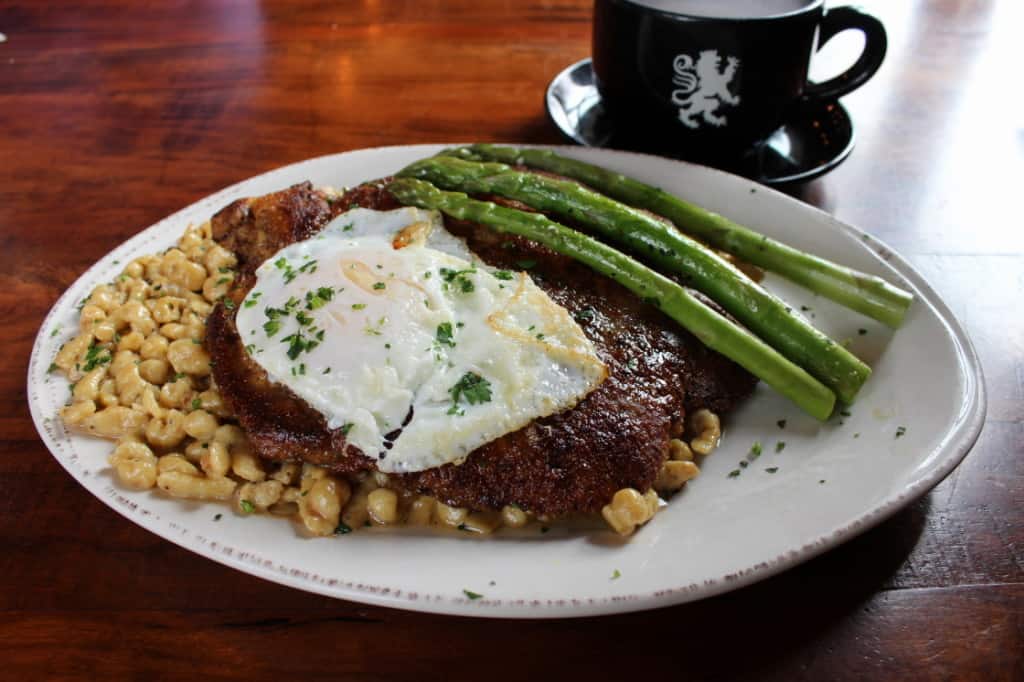 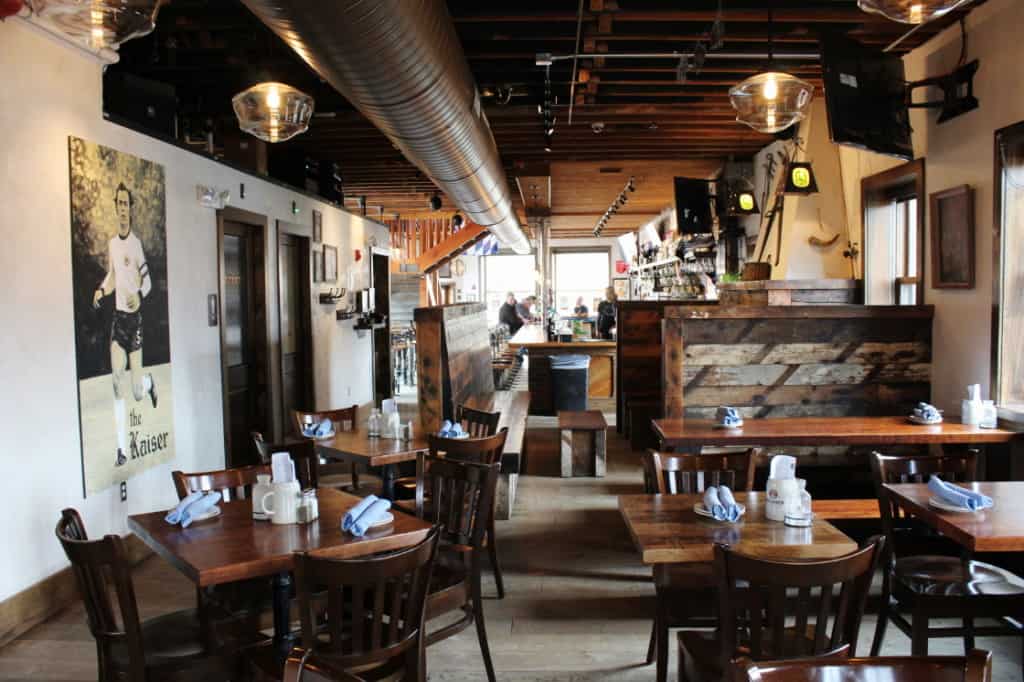 Pin It
Sausage, spätzle, wiener schnitzel.  If you’re looking for an Oktoberfest environment right here at home, look no further!  It is a Lowlands Group gem in the heart of downtown Tosa Village (less than 10 miles from the city of Milwaukee).  You will find that Cafe Bavaria offers all the German grub you never knew you needed.  At least that’s how I felt about it.  I’m part German (not to mention a melee of other nationalities), but I had yet to try wiener schnitzel!

Not going to lie, I was actually under the impression that it was a sausage.  WRONG.  Bavaria boasts an array of tasty dishes and an atmosphere that is “not your grandfather’s German restaurant.” Also, it is located right on the Menomonee River, perfect for your viewing pleasure as you dine.  I suppose I’ll just dive right into what I thought were the most scrumptious parts of my Bavarian lunch date! 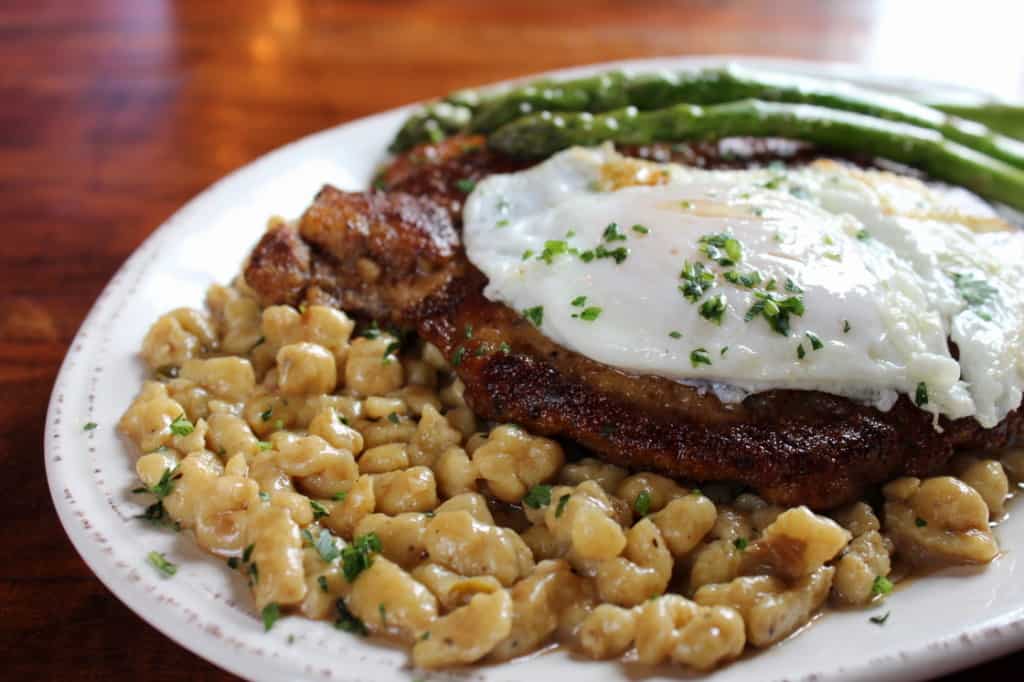 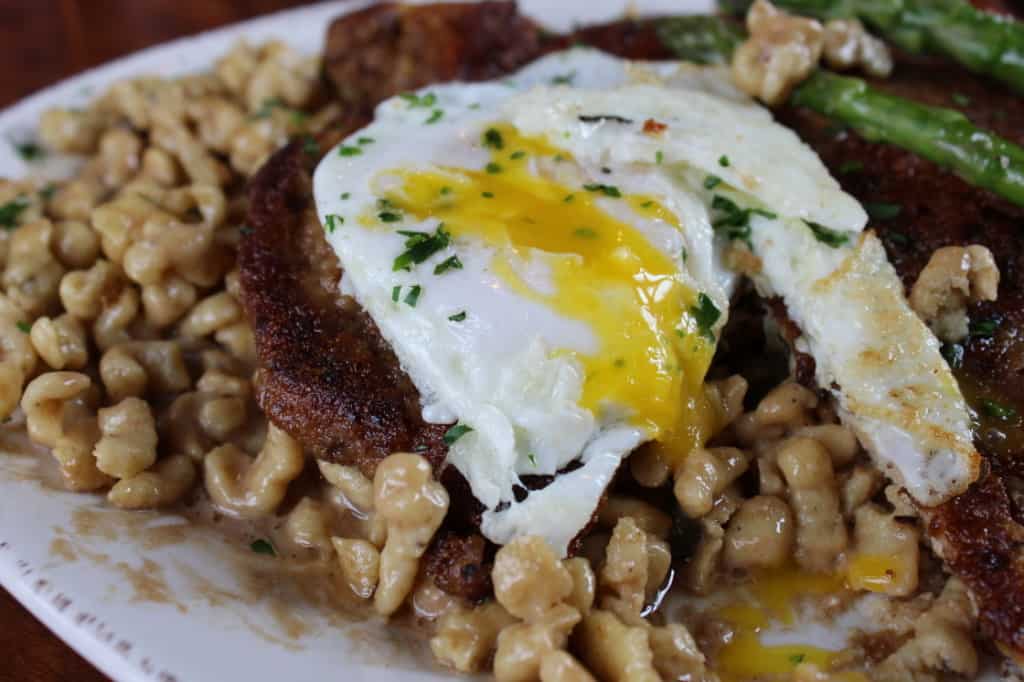 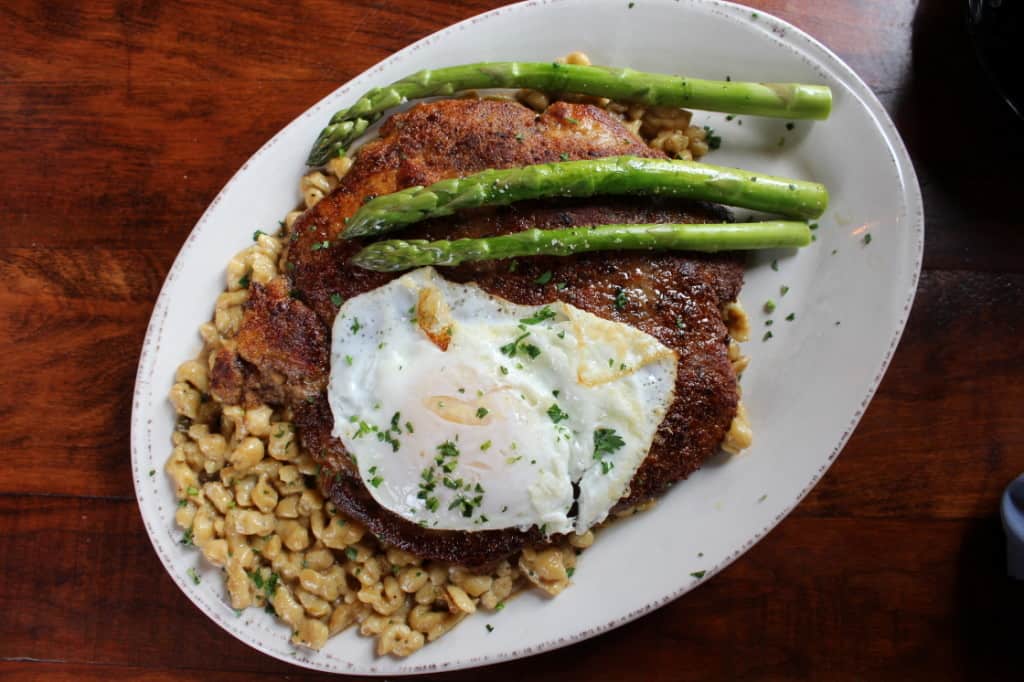 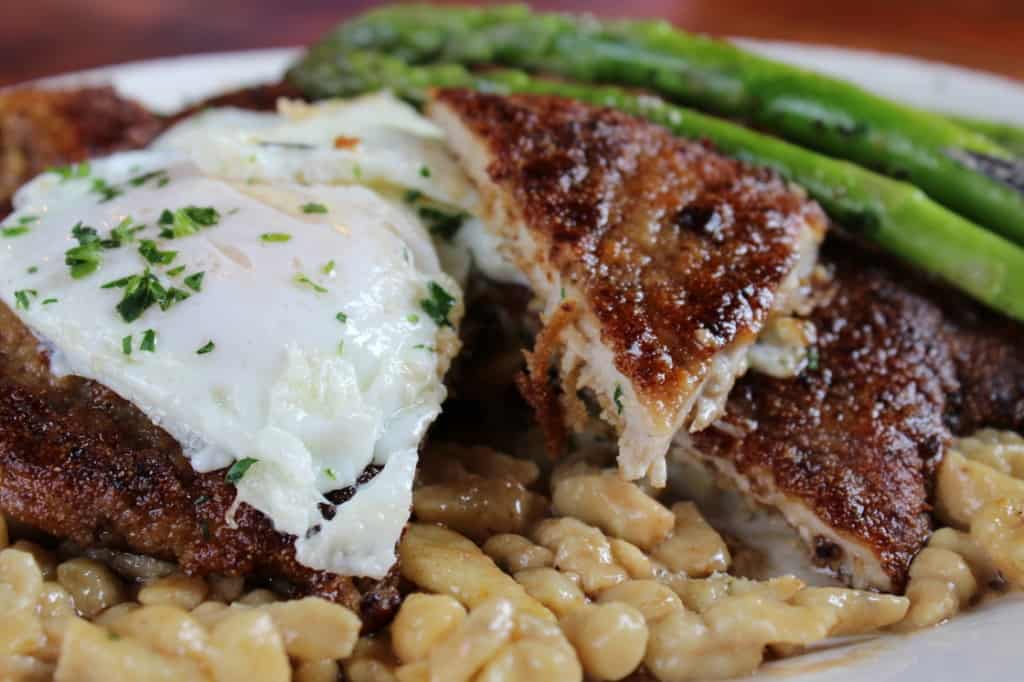 Pin It
As I mentioned before, I ordered the wiener schnitzel.  In fact, I wasn’t leaving that place until I had tried wiener schnitzel.  Although they offer it as a sandwich, I opted for the entree version to be able to fully experience this German fave.  It was a LARGE serving of Duroc pork, breaded in pretzel crumbs, on a bed of haus spätzle, topped with a fried egg and asparagus.

I devoured the pork almost instantly.   The combo of the pork, pretzel crumbs, and egg just hit the spot.  The spätzle was tossed in a lemon caper cream sauce, which was probably my favorite part of the meal.  Spätzle is like a bunch of little dumplings made of flour and eggs, this one included the flavorful capers.  There was so much of it on my plate that I had enough to share and to take home for later. 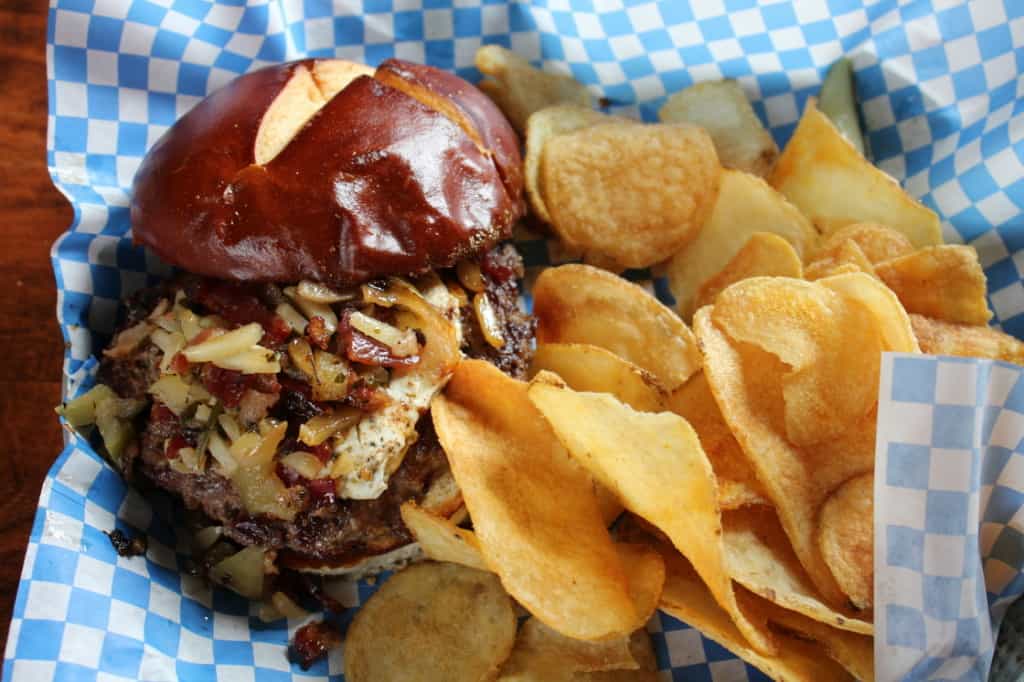 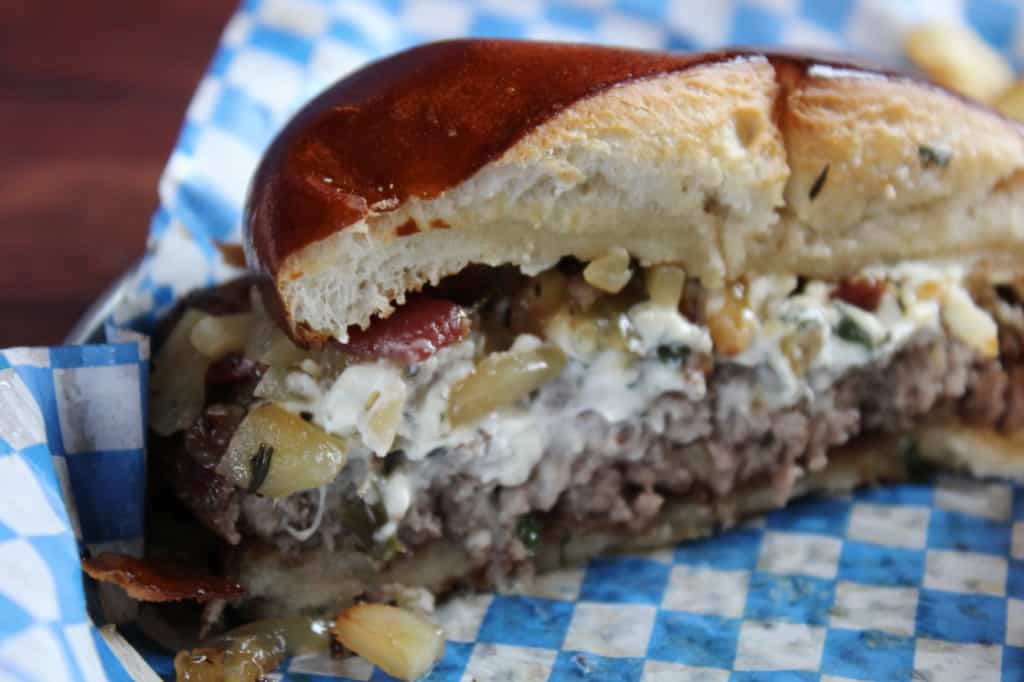 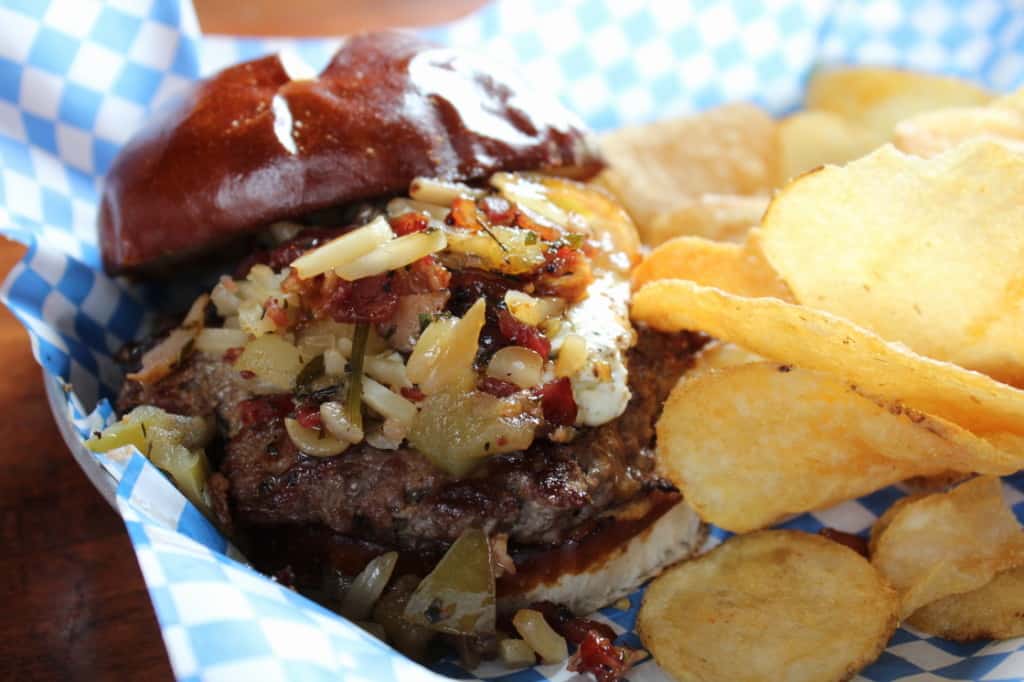 Pin It
Another dish that I will wholeheartedly recommend was one of their burgers, The Ludwig.  Their burgers are all 1/3 lb Certified Black Angus haus seasoned smashed patties served on Miller Bakery buns.  This one was suggested to us by our server (who clearly knew what he was talking about) and had an almond bacon apple chutney, herbed garlic cheese, on a pretzel bun.  That herbed garlic cheese, though.

It was creamy and delicious and exactly the right thing to pair with the chutney on top!  Who knew that almonds, bacon, and apples would taste so delicious together…on a burger?!  My aunt actually said the words, “this might be one of the best burgers I’ve ever had,” so you know it’s good! I was really happy to find that this restaurant lives up to the high expectations of their uniquely brilliant menu.  Thanks Cafe Bavaria, see you again soon! 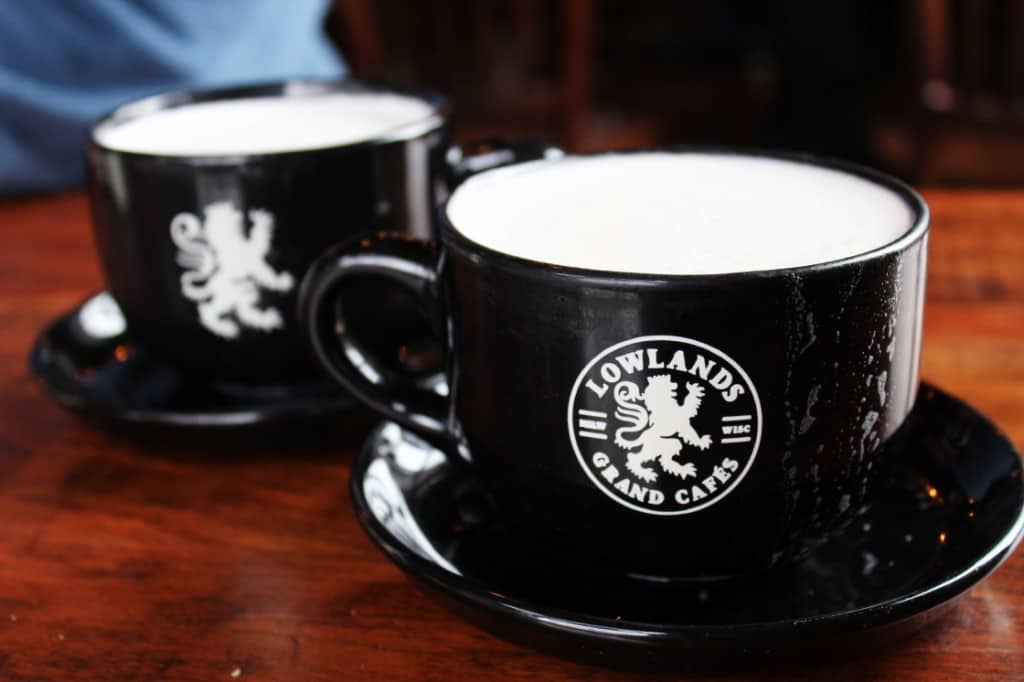 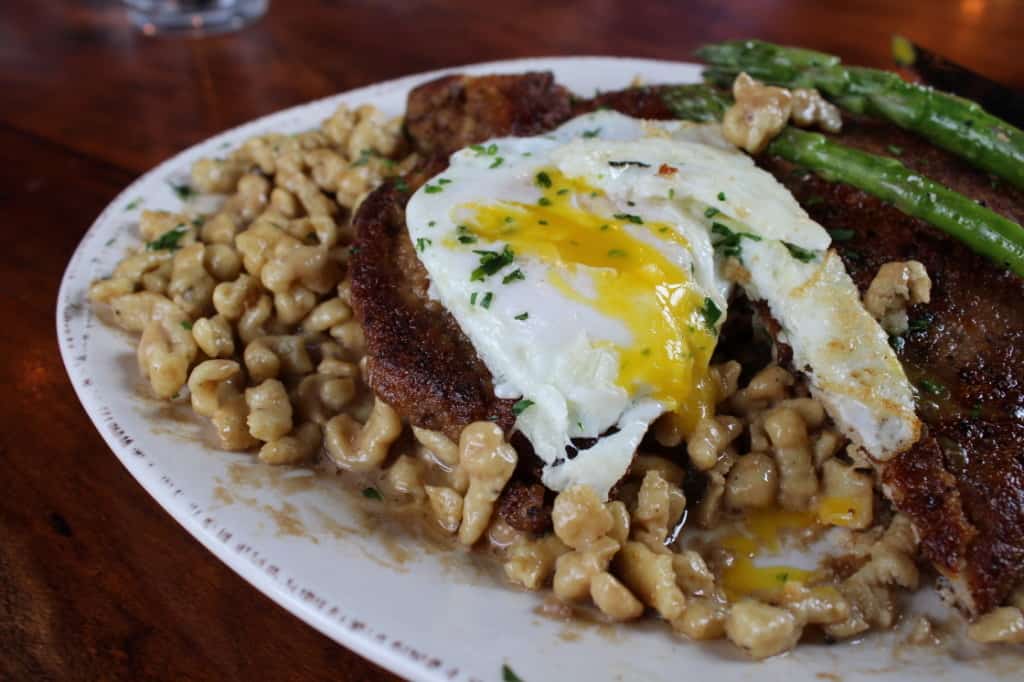 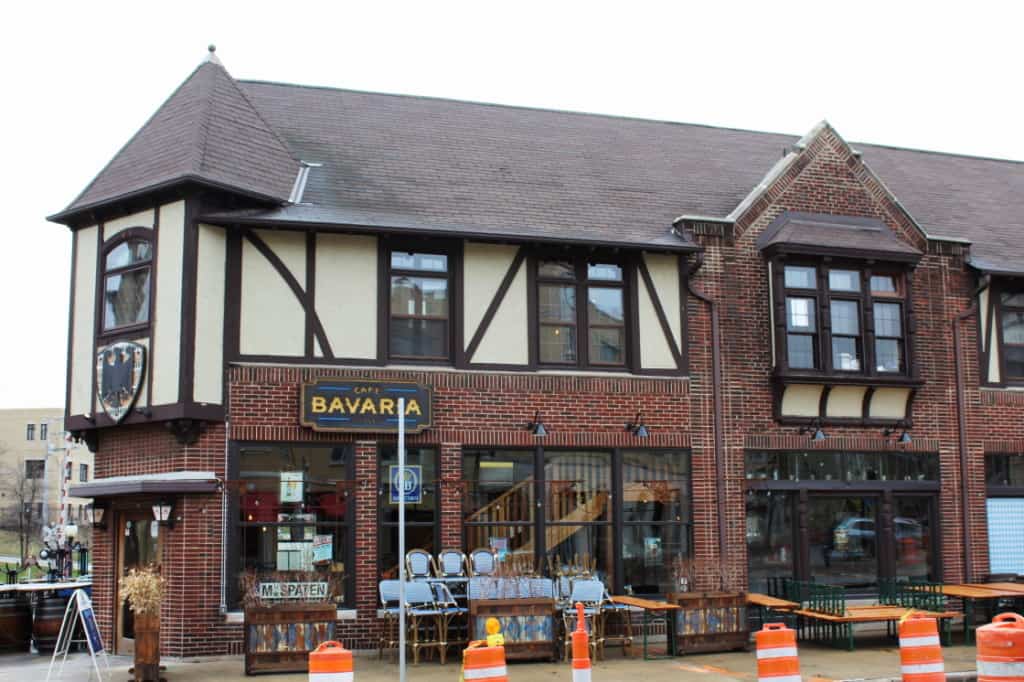