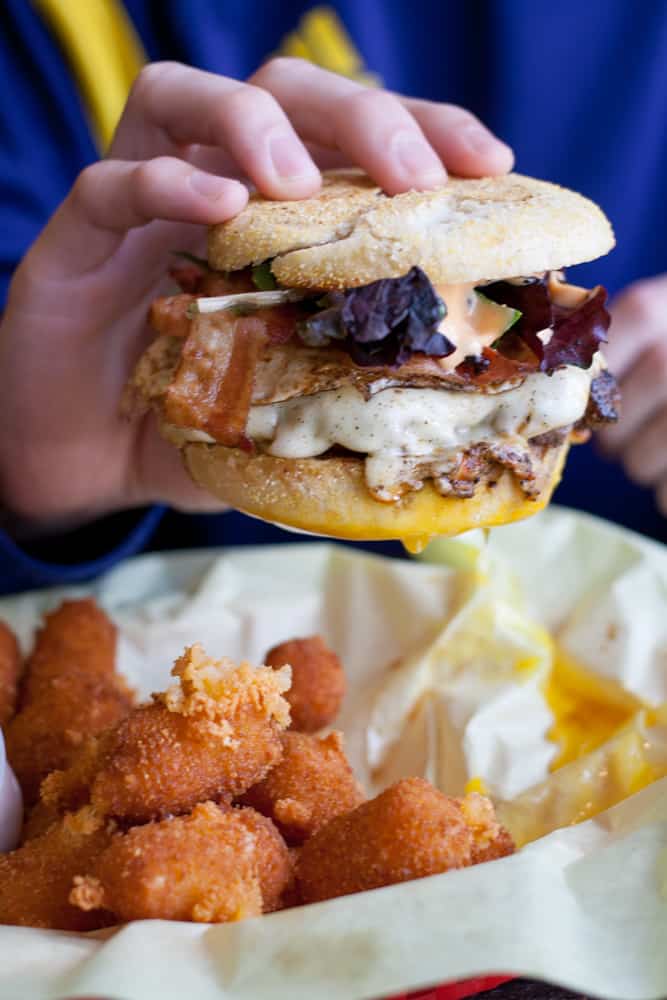 Pin It
I heard about Chedda Burger a while ago when it was a food truck, making its rounds at festivals and events, but I never tried it, opting instead for my tried-and-true favorite trucks. When I found out that they opened a brick and mortar in downtown Salt Lake City, though, I decided it was time to finally check it out.

The first time I visited, a few months ago, my husband brought me for my birthday dinner (he loves this place) and I was impressed with the way the kitchen staff handled the extremely busy Saturday night crowd. The restaurant itself is small and was jam-packed, but still the chef took the time to make small talk and give his recommendations. This time, we had the restaurant almost to ourselves when we arrived. 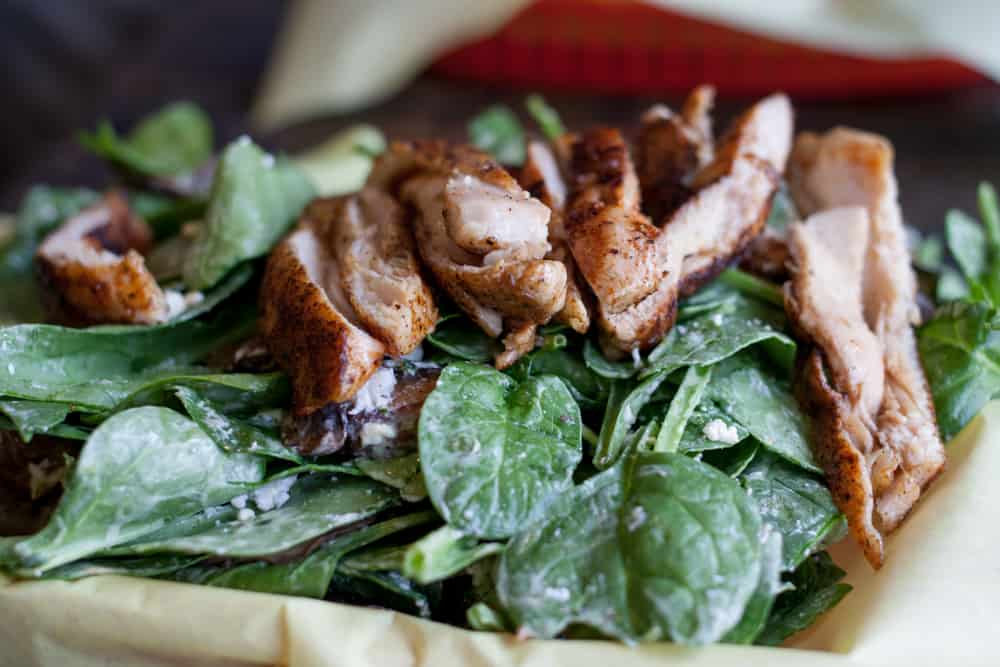 Pin It
I wasn’t feeling too hungry, so I decided to try out some of their “green stuff,” aka salad. Their menu changes often and they alter items along with what’s in season, but I got a variation on the “Hey Big Guy,” a salad packed with spinach, cheese, bacon, mushrooms, and topped with green goddess dressing and blackened chicken. Be warned, though – this is not a light, airy salad for when you’re feeling like you want to shed a few pounds. This is serious stuff. The toppings were delicious and the chicken was honestly cooked to perfection. I couldn’t get enough of it. 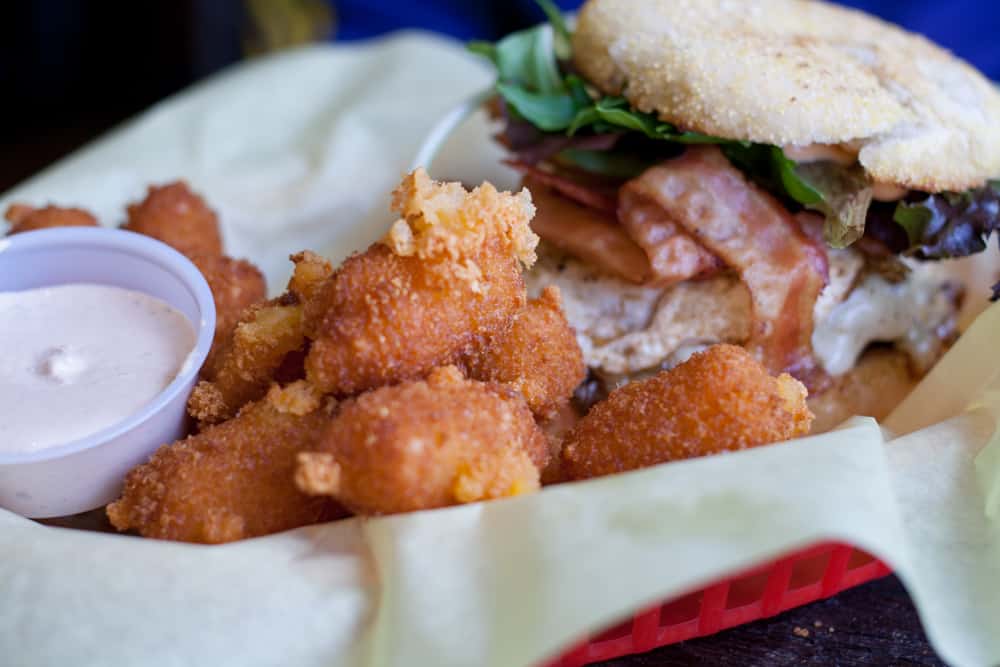 Pin It
My husband opted for his favorite burger there, the Mother Hen. It’s a juicy beef patty combined with a fried egg, muenster, bacon, spring mix, and a delicious sriracha aioli all served on an English muffin. None of this is really my thing, so I haven’t tried it, but he swears by it and often stops on his way to work to get it. He describes it as a “perfect breakfast burger,” and loves it because it feels light, but still packs a punch.

Pin It
We both have the same favorite thing on the menu, though: the Chedda Tots. These are tater tots stuffed with cheese and cream cheese, served with a to-die-for cilantro chipotle sauce, and I could honestly eat these all day. The melted cheese when you bite in is heavenly and they are the absolute balance of crispy and creamy.

Other must-have items: pie shakes – we’ve tried the Mint Oreo one and love it; can’t wait to try the peach cobbler during peach season, the Green Mile burger – it has mac & cheese on it, need I say more?

So… are you convinced yet? I’m sure I’ll be seeing you at Chedda Burger next time I have a craving for a dang good meal! 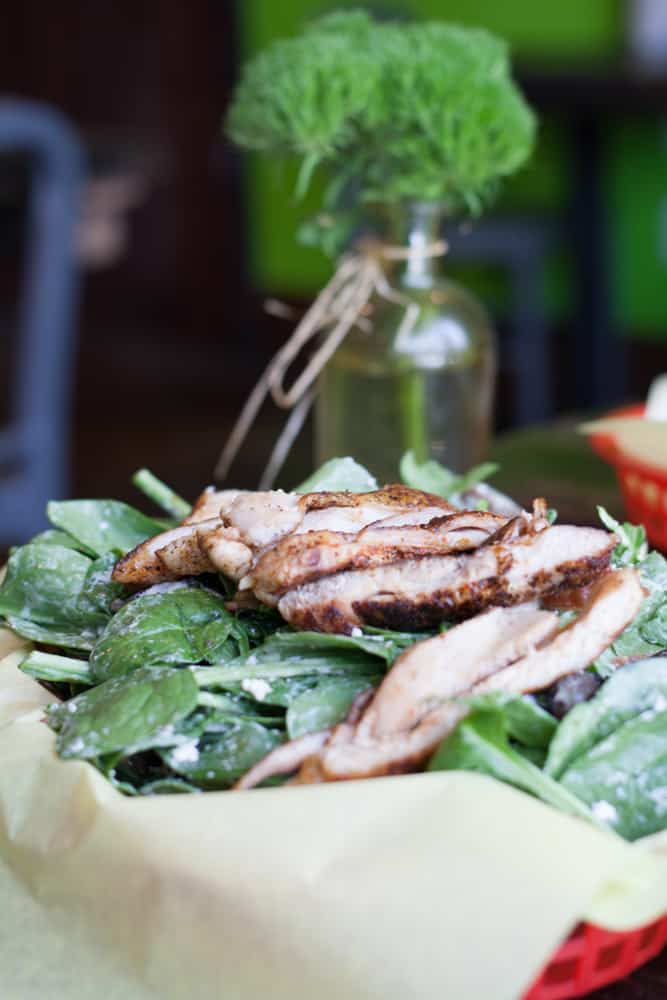 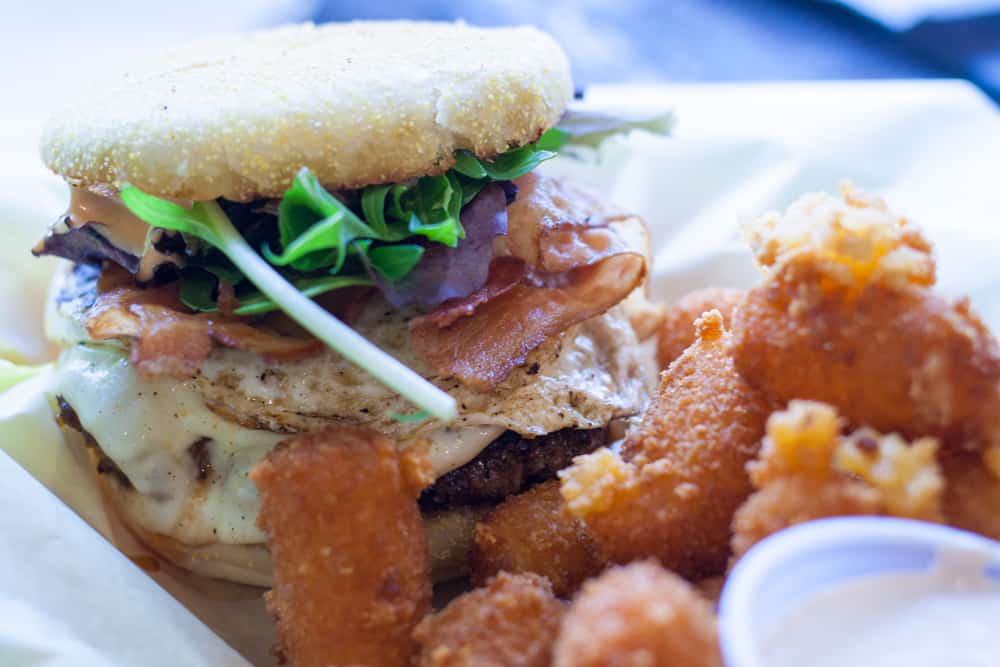