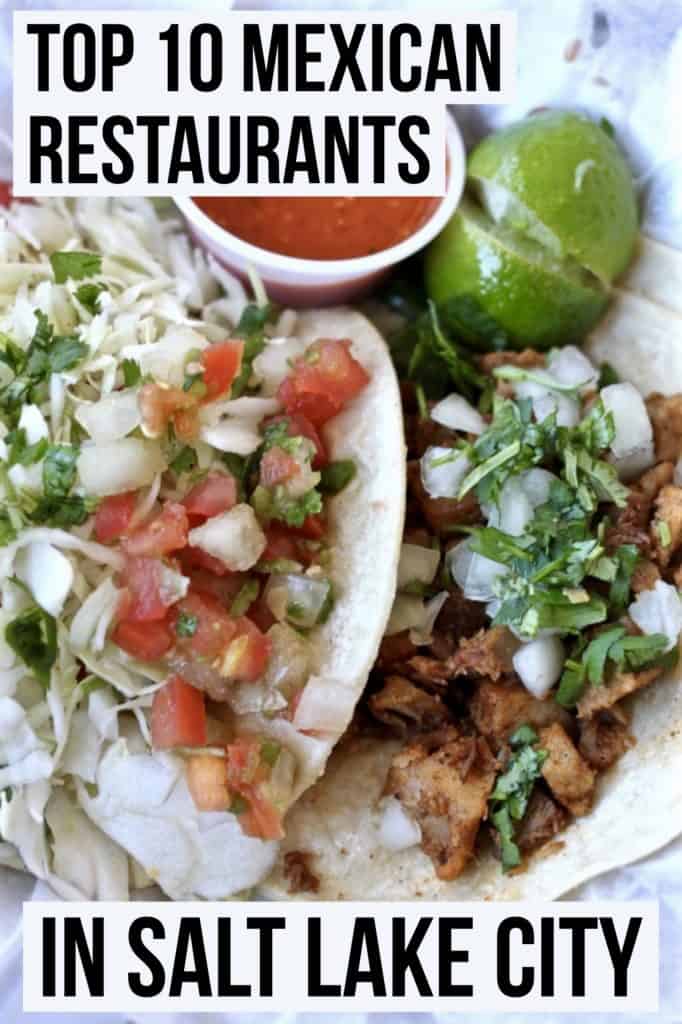 No matter which city you’re dining in, one of the most popular and beloved food genres of all time is Mexican cuisine. Everyone loves good Mexican food.

Period. From enchiladas to tamales to tacos and (copious amounts of) guacamole, we’ve created this guide to the best Mexican food in Salt Lake City to satisfy all of your Mexican cravings. What this guide includes: upscale Mexican restaurants, hole-in-the-wall local gems, and any restaurant that serves fantastic Mexican food in SLC. What it does not include: taquerias, or places that serve tacos only. Deep breath– our taco guide to SLC is coming soon! 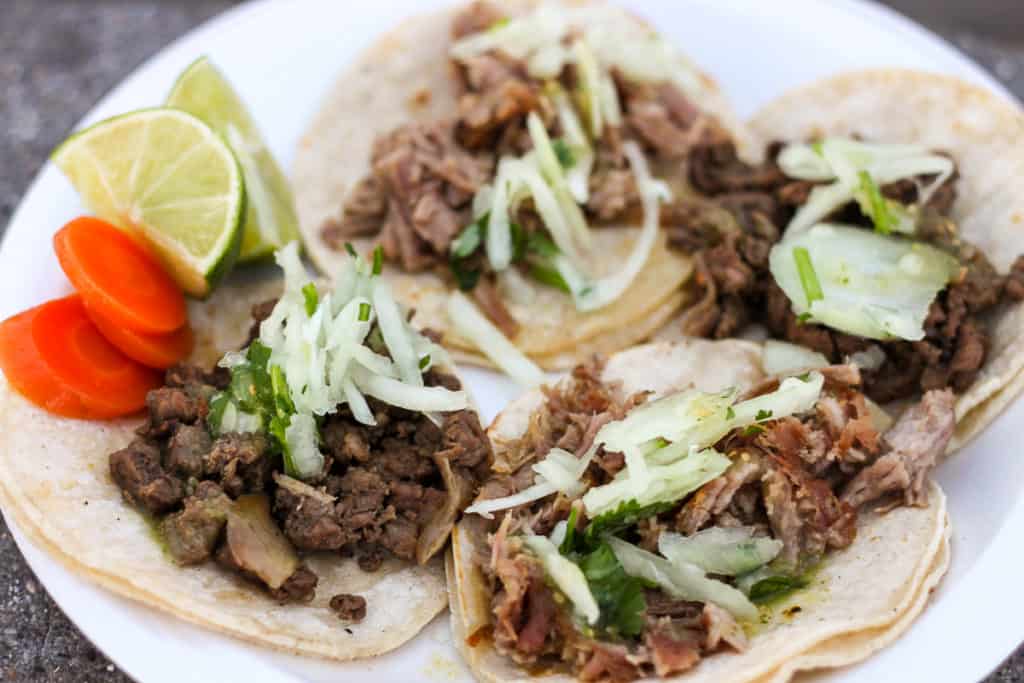 In truth, there is no restaurant called State Street Tacos, but if you’re looking for one of the most inexpensive and authentic taco experiences in Salt Lake City, hop on down to 800 south and State Street. You’ll notice at least two (sometimes three) taco carts on the corner of the ever deteriorating Sears. We’ve tried several taco carts in the Salt Lake Valley and feel like these are some of the best. The taco carts offer a variety of items including quesadillas, burritos, and such, but the best menu item across the board are the tacos with carnitas. Absolutely divine. 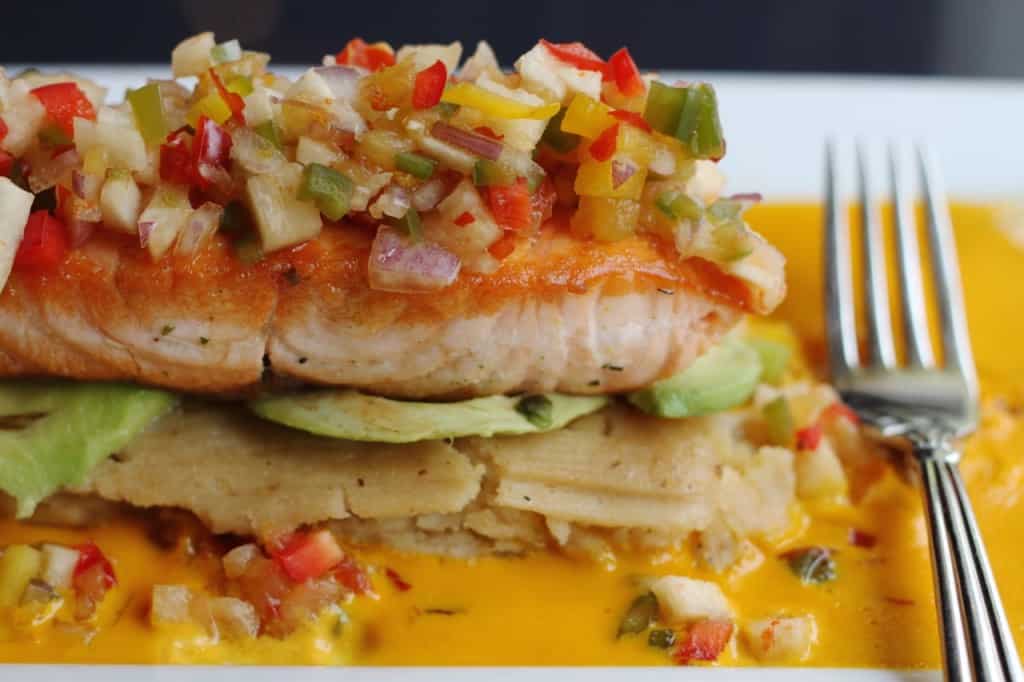 Mexican with flair and a killer tagline … “Make love to our food”. Owner Jorge Fiero takes pride in using local ingredients and bright, colorful flavors in every dish. This beautiful restaurant is located on the outskirts of downtown Salt Lake City and has now been open for several years. The entree pictured above is the Salmon Malinche from their lunch menu: grilled salmon on a corn tamale with saffron butter and sliced avocado.

Foodie tip: make sure to order one of their homemade lemonades (my pick- raspberry rosemary)! 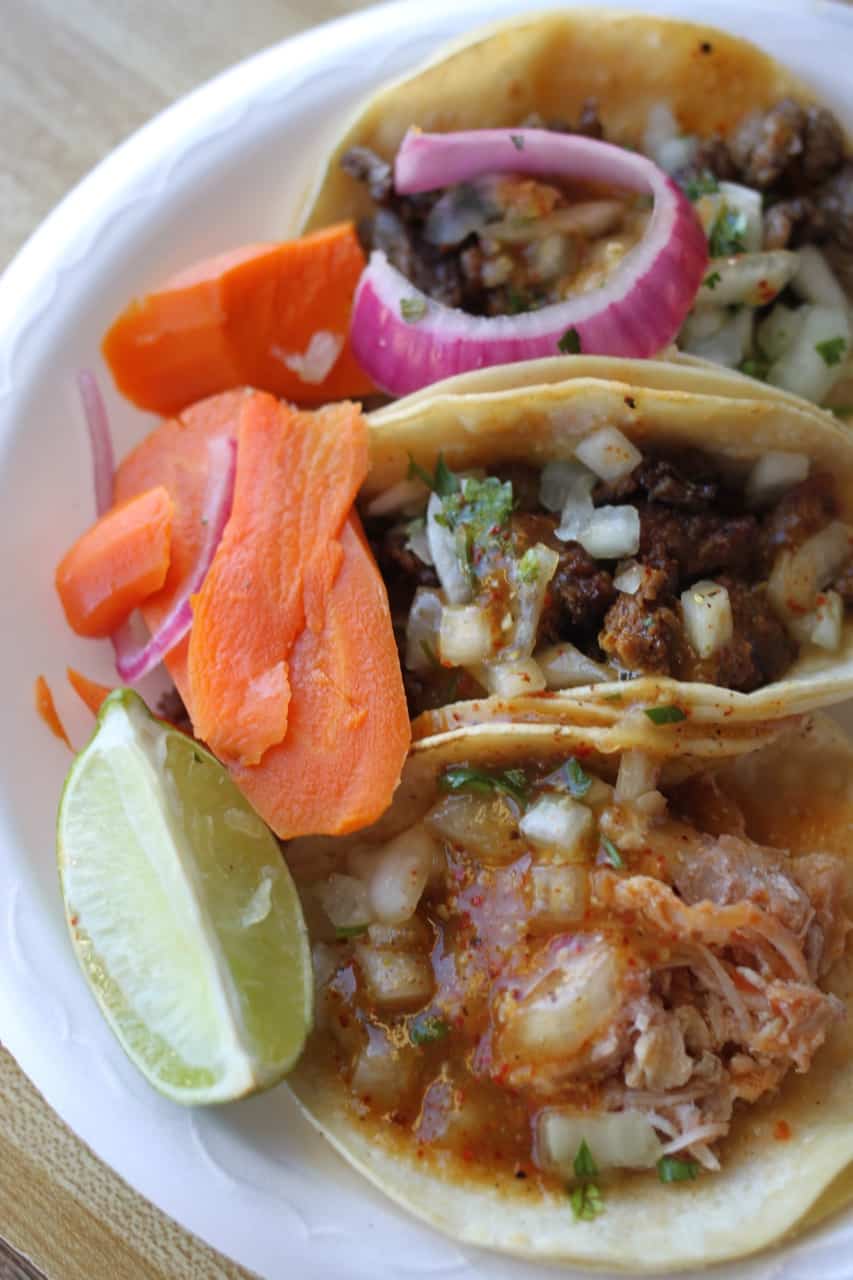 Visit Taqueria El Rey De Oros for some of the most delicious, flavorful, inexpensive pockets of Mexican heaven. They have a simple menu filled with tortas, burritos, and tostadas. But our absolute favorite option are the tacos and sopes (think thicker tortilla made with masa served with similar toppings to a taco). Try this spot next time you’re looking for one of the quick, easy, and inexpensive options for best Mexican food in Salt Lake City. 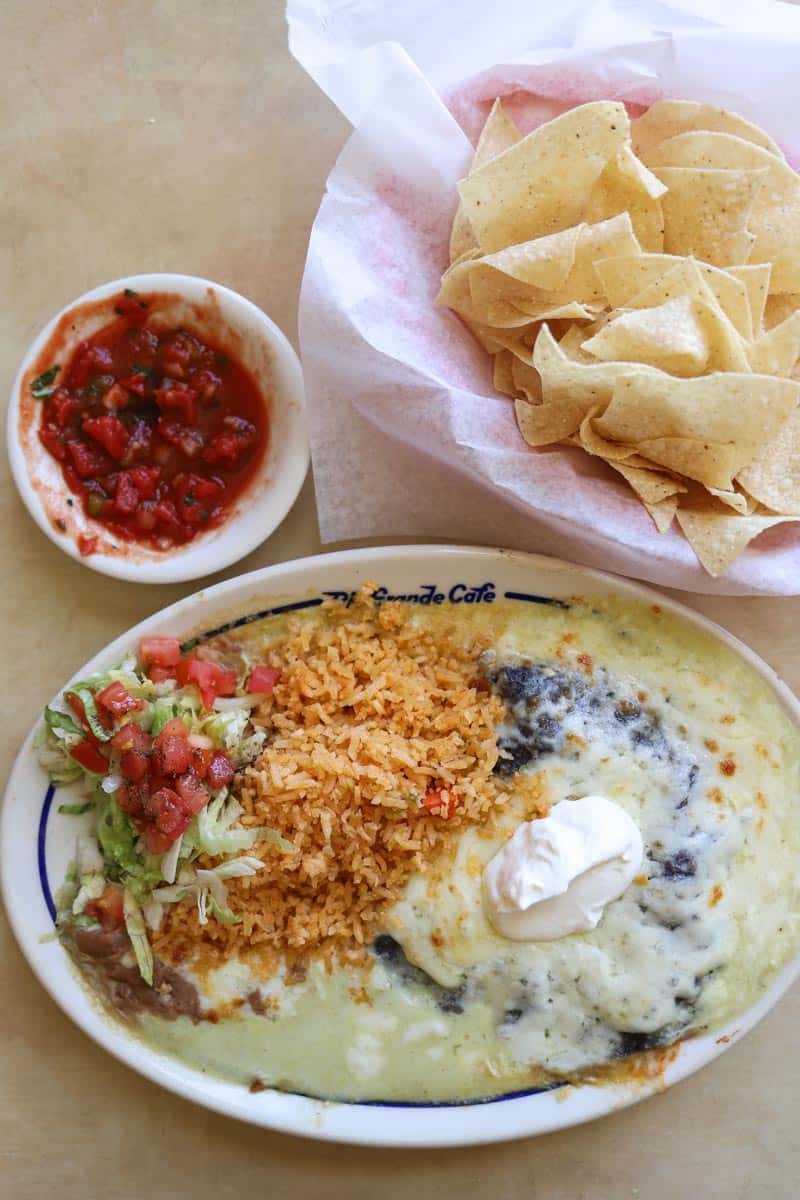 Rio Grande is housed inside the historic railroad station, originally built in 1910 and used for the Denver Rio Grand and the Western Railroad. Think cheesy tex-mex type entrees, all generous with the cheese and you have come to the right place. Our favorite menu is the Santa Fe enchiladas- layered blue corn tortillas filled with shredded beef and cheese, served with refried beans and rice.

We are happy to rerort that despite recent change in ownership (now run by the same people that own The Dodo and Porcupine Pub), the food still tastes fantastic and the changes in the restaurant and menu items are barely noticable. Don’t forget a couple of coins for the jukebox. 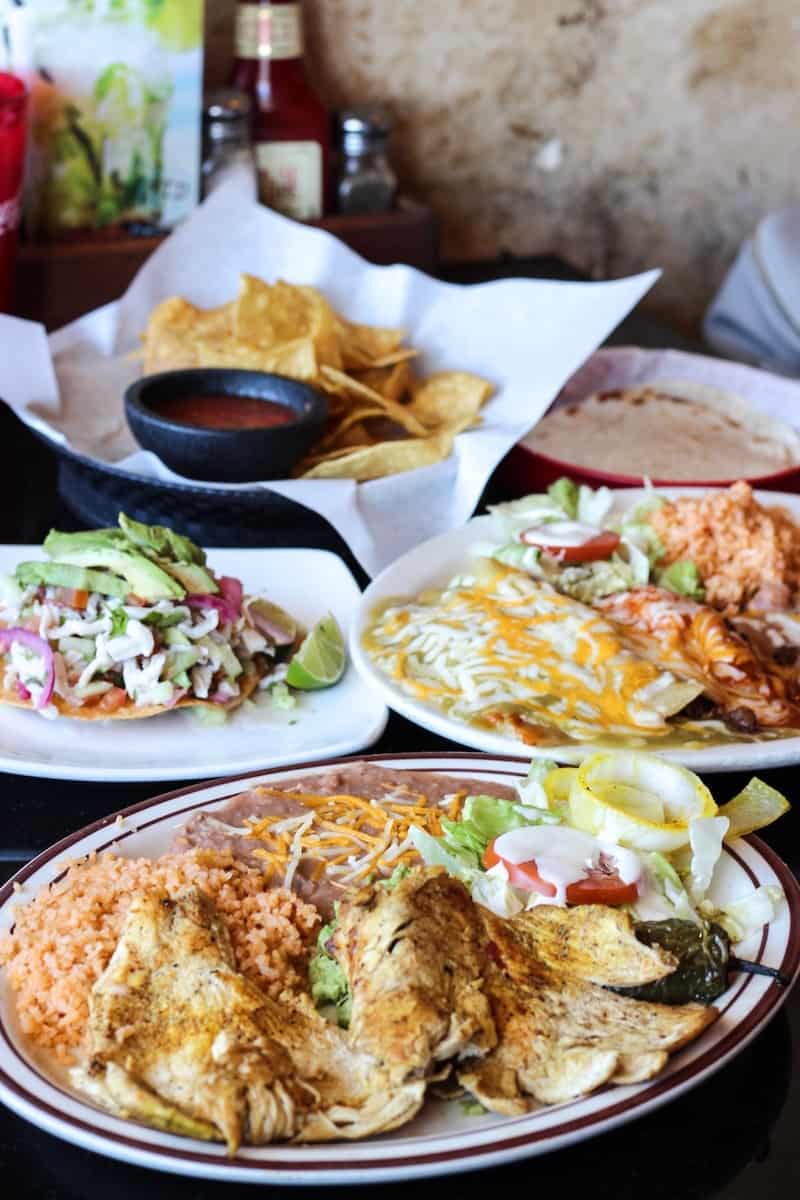 Who doesn’t love a hidden gem? El Paisa Grill is located in West Valley smack dab in the middle of various warehouses. It’s cozy and colorful interior is family and group friendly as well as for date night. Start with the Tostada Ceviche Pescado- citrusy and packed with flavor, it’s piled high with tangy, delicious seafood. For entrees try the pechuga a la parrilla (charbroiled chicken breast), the enchiladas Guadalajara, or their popular molcajete supreme. Great portions, friendly service, and food that’s worth a visit! 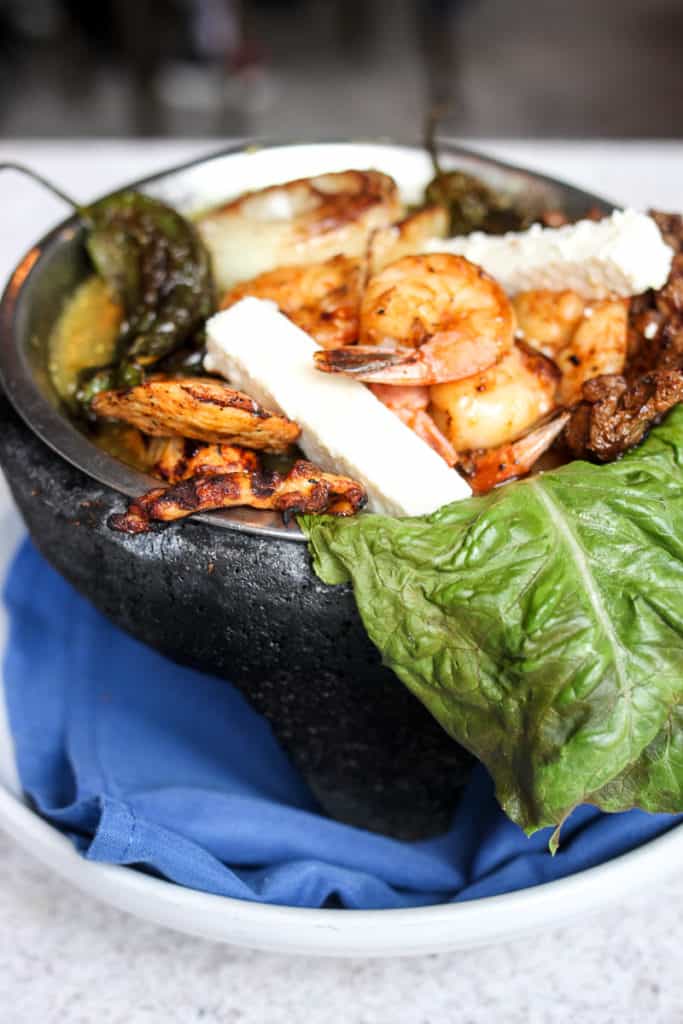 One of the relatively newest installments to Salt Lake City’s Mexican food scene is Chile Tepin, a bright and vibrantly decorated restaurant located on the corner of 300 west and 200 south where Cafe Trang was previously housed. Skip the a la carte menu items (not our favorite) and go straight for the molcajete on the “Especially de la Casa” menu- one of the best we have ever tried! The carne asada, pollo asado, and camaron served in a green tomatillo and cactus sauce is simply delicious. 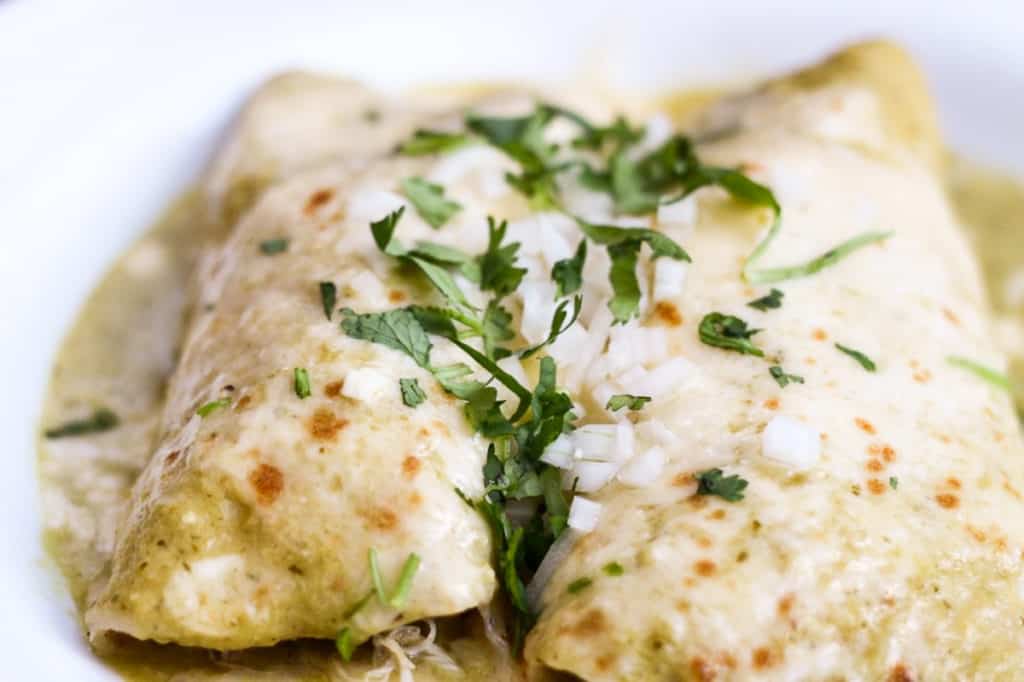 Alamexo is in a beautifully naturally-lit Mexican restaurant in the heart of Salt Lake City. It’s the perfect spot for when you want to chow down on chips, salsa, and enchiladas but with elevated ingredients and atmosphere. Two things you must order: the table side guac and the enchiladas suizas. You’ve never had guacamole so perfect in your life and the creamy decadence of the enchiladas will leave you licking your plate clean. 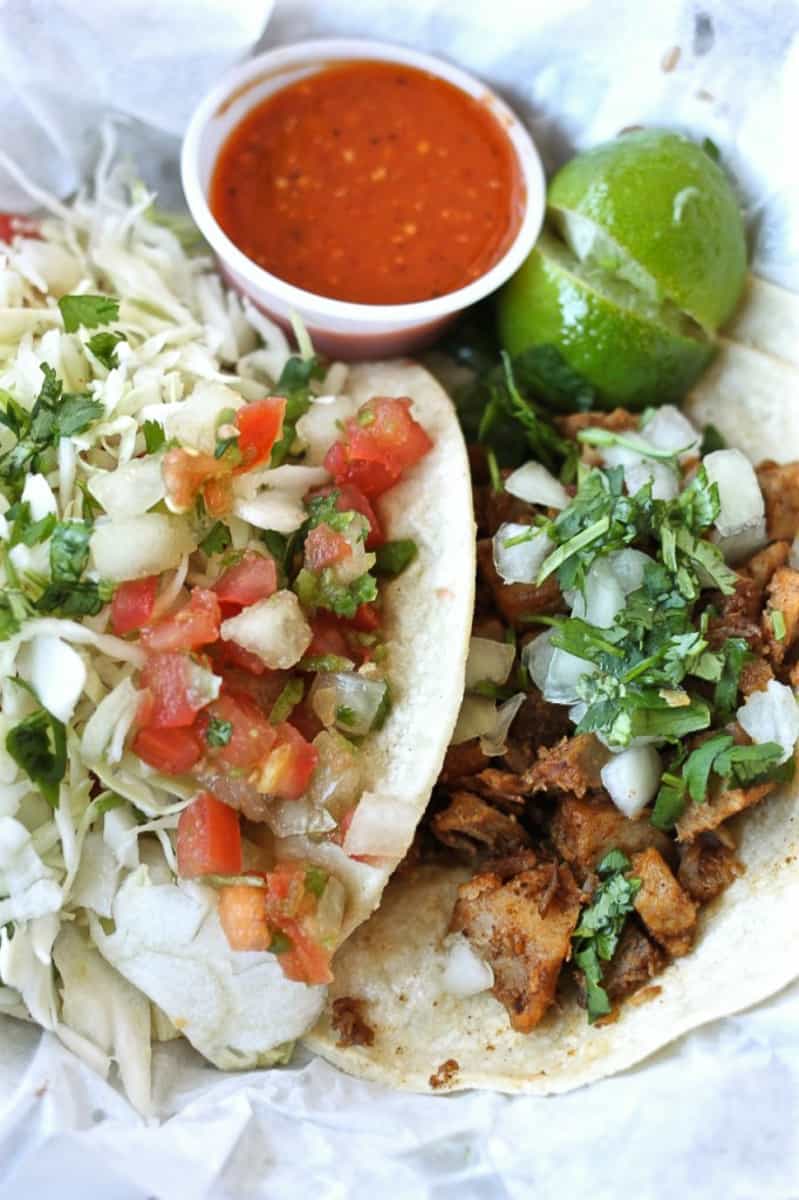 Featured on Guy Fieri’s “Diners, Drive-Ins, and Dives” and voted best fish tacos in the state of Utah multiple times. We swoon over their lard fried tortilla chips and wouldn’t pass up one of their fish tacos or quesadillas for anything. Great vibes and perfect for a grub stop after a long ski day in Big Cottonwood Canyon. A list on the best Mexican food in Salt Lake City wouldn’t be complete without Lone Star. 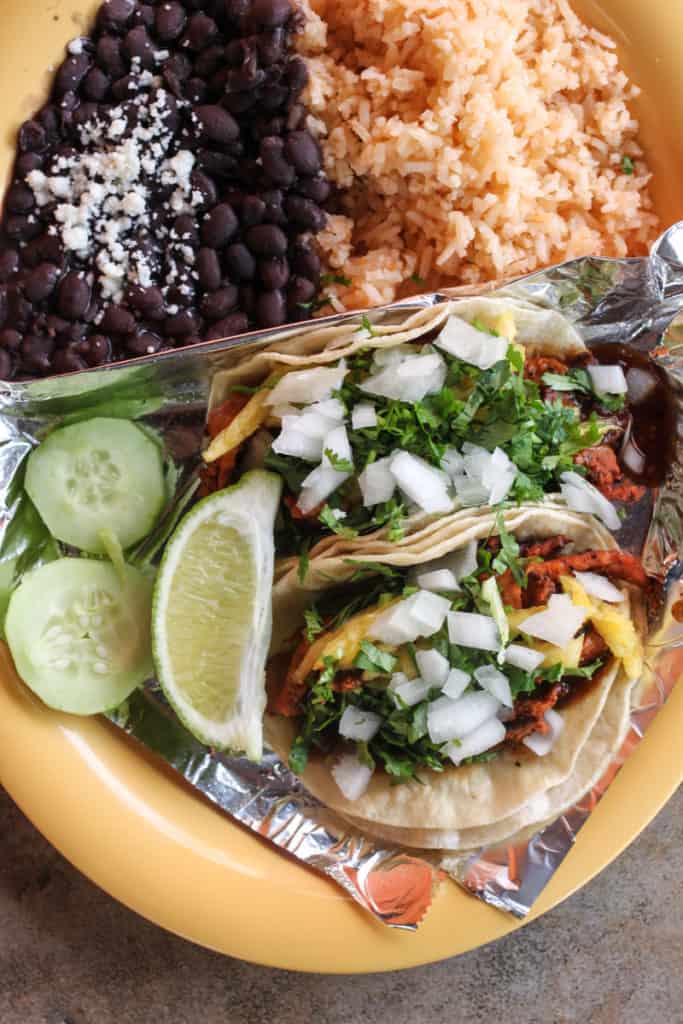 Chungas is one of the most underrated restaurants in Salt Lake City and the best authentic Mexican restaurant in Salt Lake City. They’re located in Rose Park and make some of our favorite Mexican food in the city. We love several of the menu items but noteworthy are the tacos al pastor- spit roasted marinated pork served with cilantro, onions, and sweet pineapple. The textures and flavors in combination will literally blow your mind. Don’t forget the guacamole. 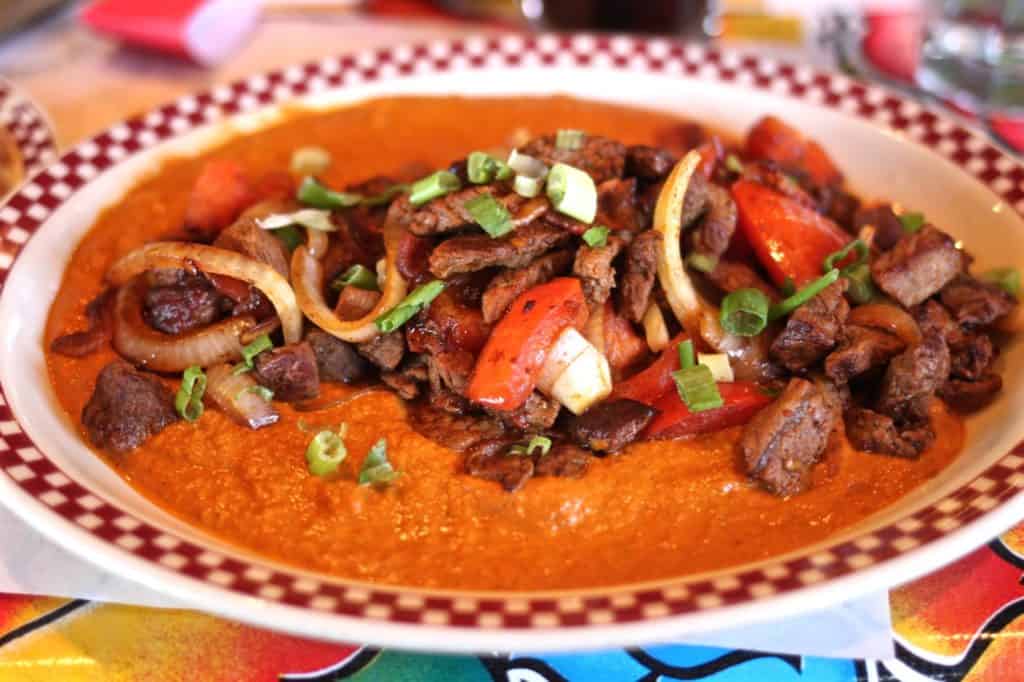 Red Iguana is our top pick for the best Mexican food in Salt Lake City and is also a consistent mention on our list of Top 15 Restaurants in Salt Lake City. We go here for special occasions, not so special occasions, and the occasional takeout. Both locations are always packed (for good reason) and not even a full mile from each other. Their servers do an excellent job at directing you through their gargantuan menu, but some of our favorites include the Puntas de Filete a la Norteña (pictured above and their number one selling dish), Tacos Don Ramon, and the Tacos a la Iguana.