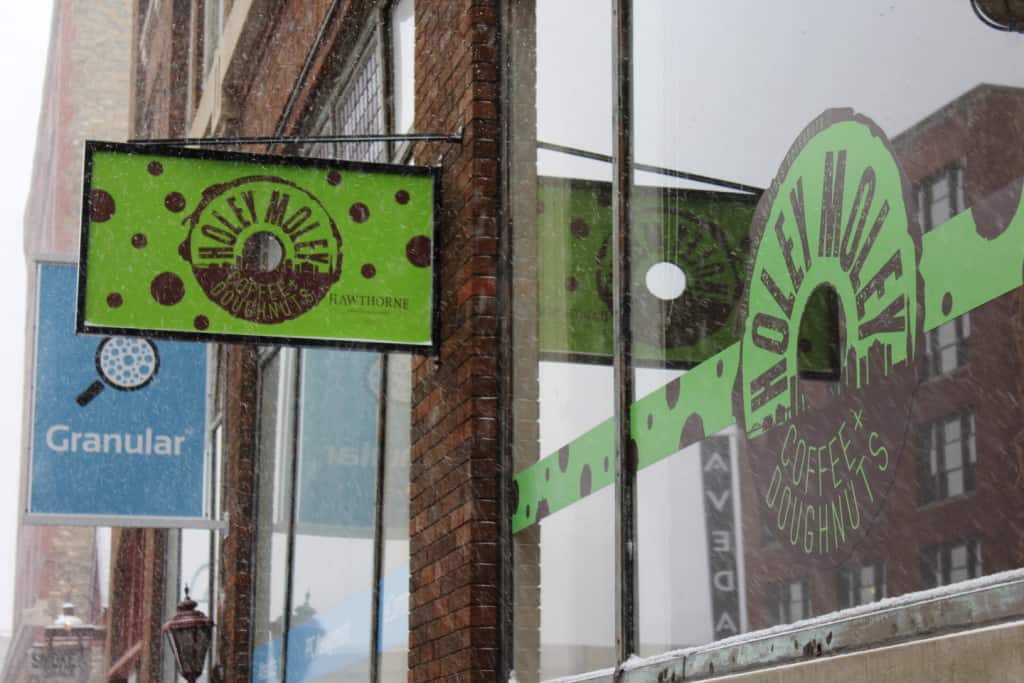 Pin It
Silly name, serious doughnuts.  Only I would go in search of said doughnuts in the midst of a snowstorm.  But let me be clear, I do not regret a thing.  I had Holey Moley on my mind since the moment I woke up that morning and a little blizzard wasn’t going to stop me.  So there I was, camera in hand, ready to get the ultimate shot of my favorite donuts in Milwaukee. 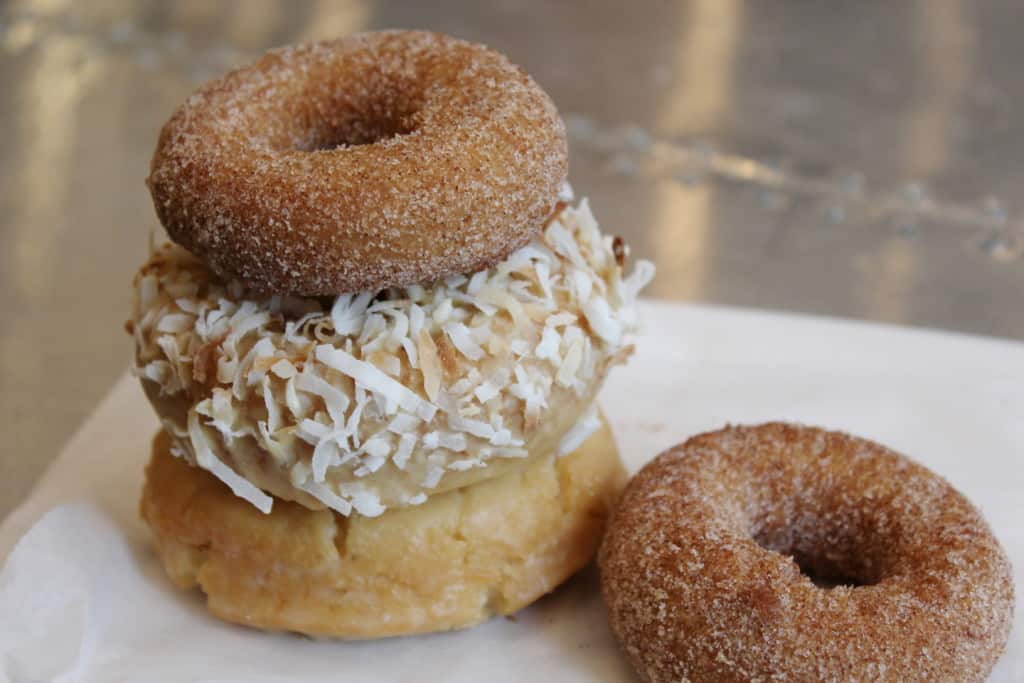 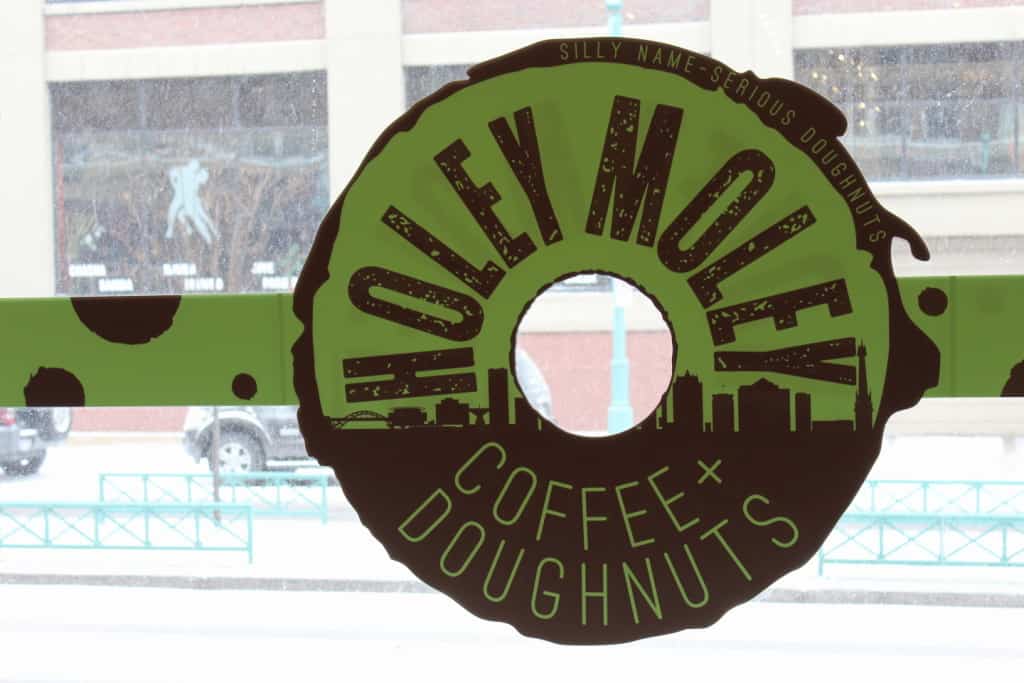 Pin It
To be completely honest, I had stalked their upcoming menu the night before!  There was something about the name “passionfruit coconut” that was calling my name.  I knew that it’s best to show up at Holey Moley as early as you possibly can (they open at 6:30am) to get your pick of the flavors.  They close at 1:00pm and since I tend to be, well, not an early riser, I often miss my chance at doughnuts completely.  It was my mission to make sure I got this particular doughnut in my hands that day in one way or another!  I can safely say the mission was accomplished as I bit into that freshly baked and powerfully flavorful passionfruit glazed delicacy.  The coating of shredded coconut didn’t hurt either!  It rivals my other favorite flavor of theirs, blood orange. 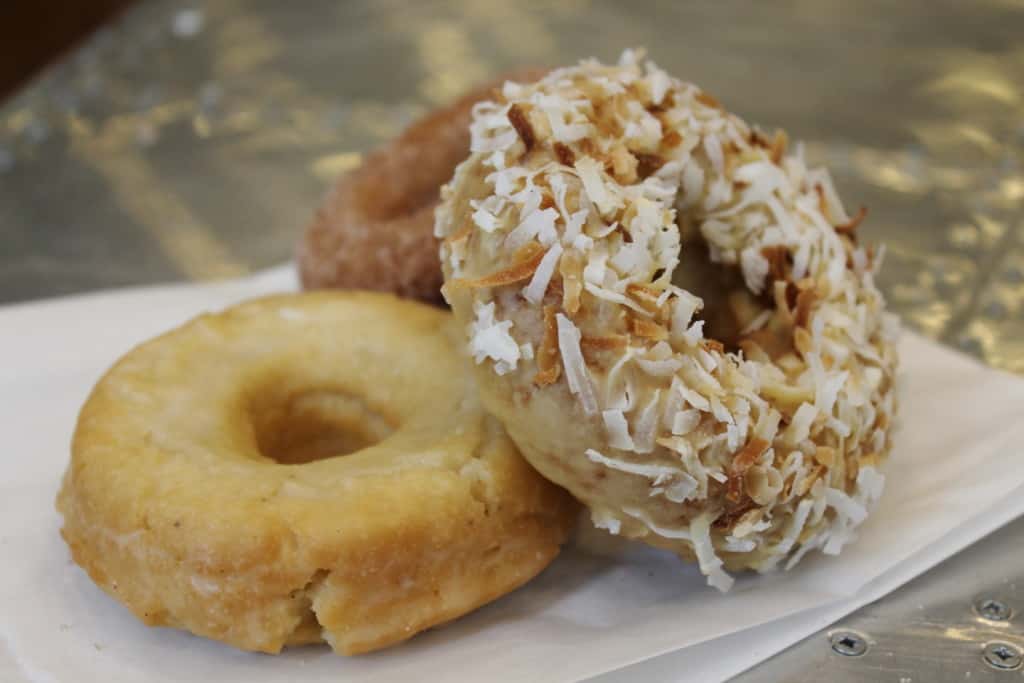 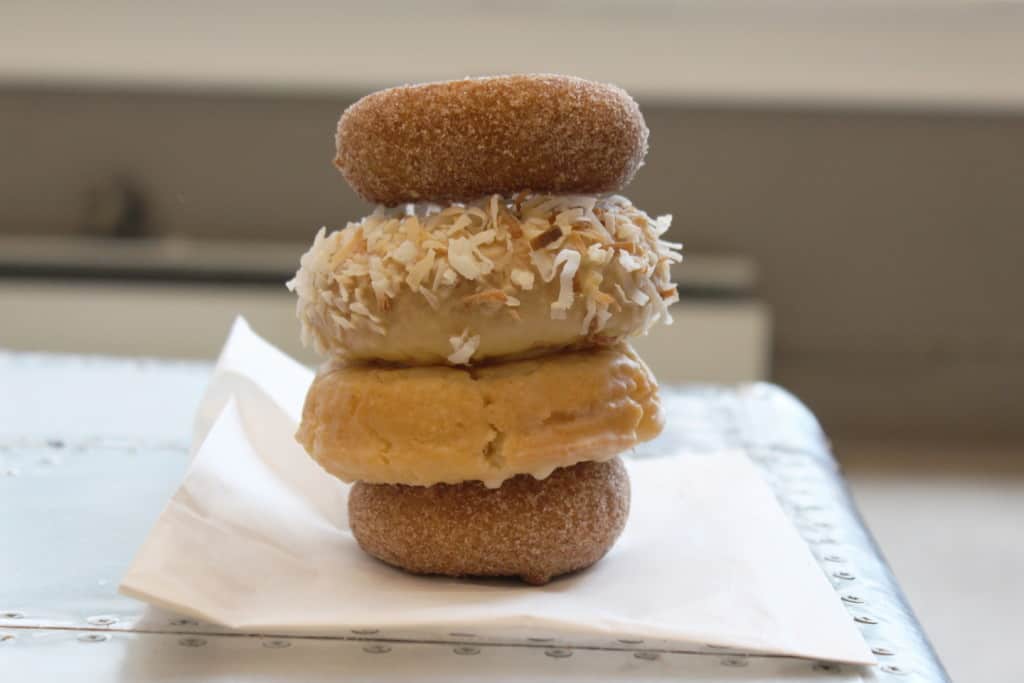 Pin It
Holey Moley also impressed me with their lemon doughnut, one off their sour cream old-fashioned list.  Don’t let the inconspicuous glaze fool you, this one packs a lemony punch!  You get a mouthful of flavor with every bite.  Citrus fans, you will not be disappointed.

My final choice was the baby spice, which I personally hoped was named after my favorite Spice Girl.  This one happens to be the only doughnut Holey Moley offers that is both vegan AND gluten free.  I simply chose it because it was covered in cinnamon sugar, I’m pretty easy to please. 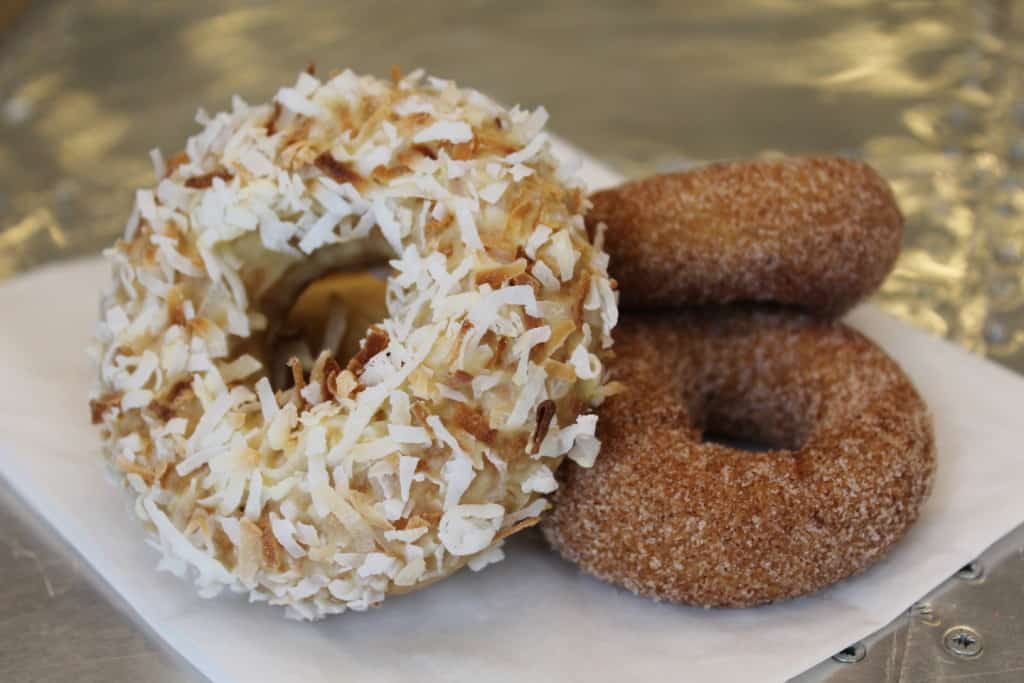 Pin It
Basically my advice to you is to show up at one of Holey Moley’s locales as early as you can in order to secure your top picks for doughnut flavors that day!  Or call ahead to order for the office.  Because this is serious business.  In my opinion, you can never go wrong with fruity.  Or cinnamon.  Or coconut.  In fact, try them all!  I know that’s on my list of to-dos. 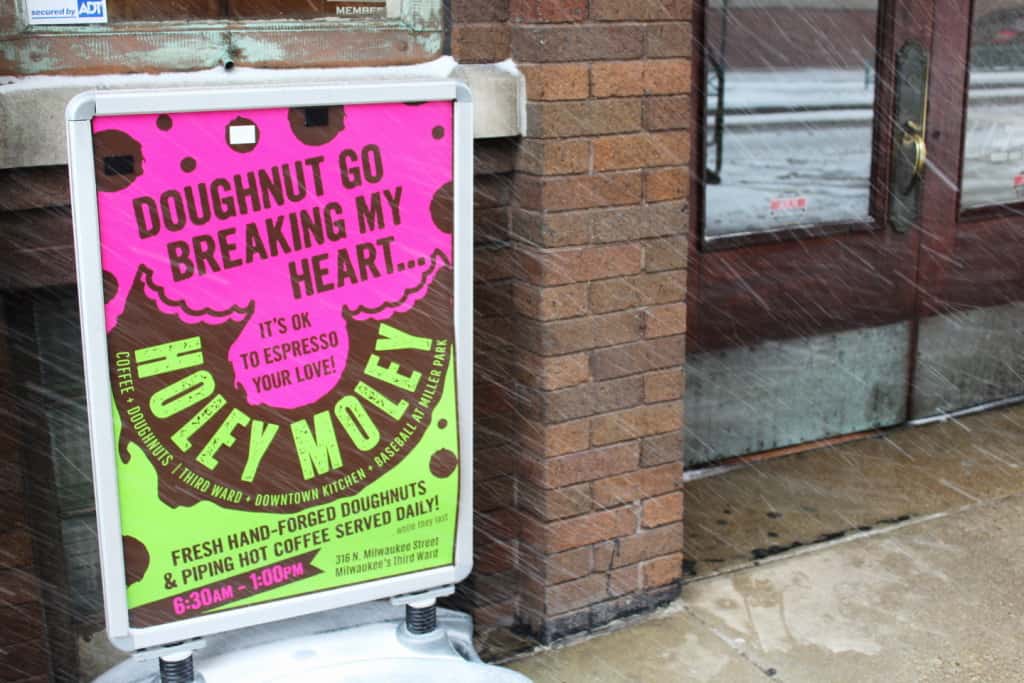 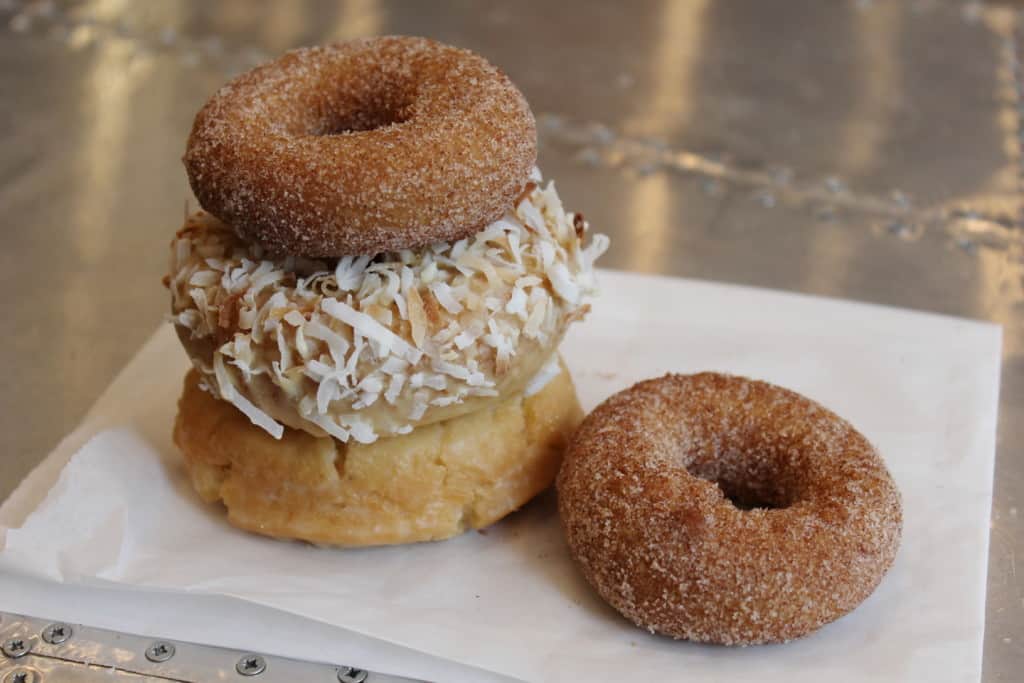