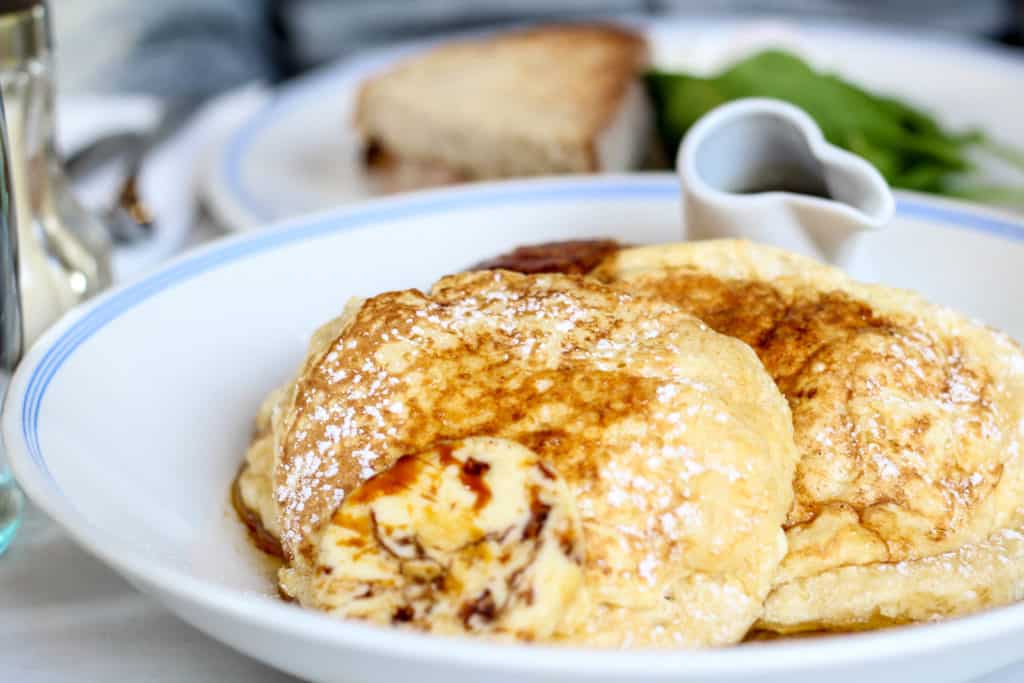 You may be asking yourself, “Why would I travel all the way to London and eat at an Australian restaurant?” Don’t worry. I’ve got the answer to that quandary — because these pancakes will change your life. Granger & Co., a restaurant started by Australian chef Bill Granger, sprang up in London in 2011 and has been such a hit that it’s opened three locations in the U.K., and has dotted the map in Tokyo, Seoul, Sydney, and for some lucky Americans, in Honolulu, Hawaii. 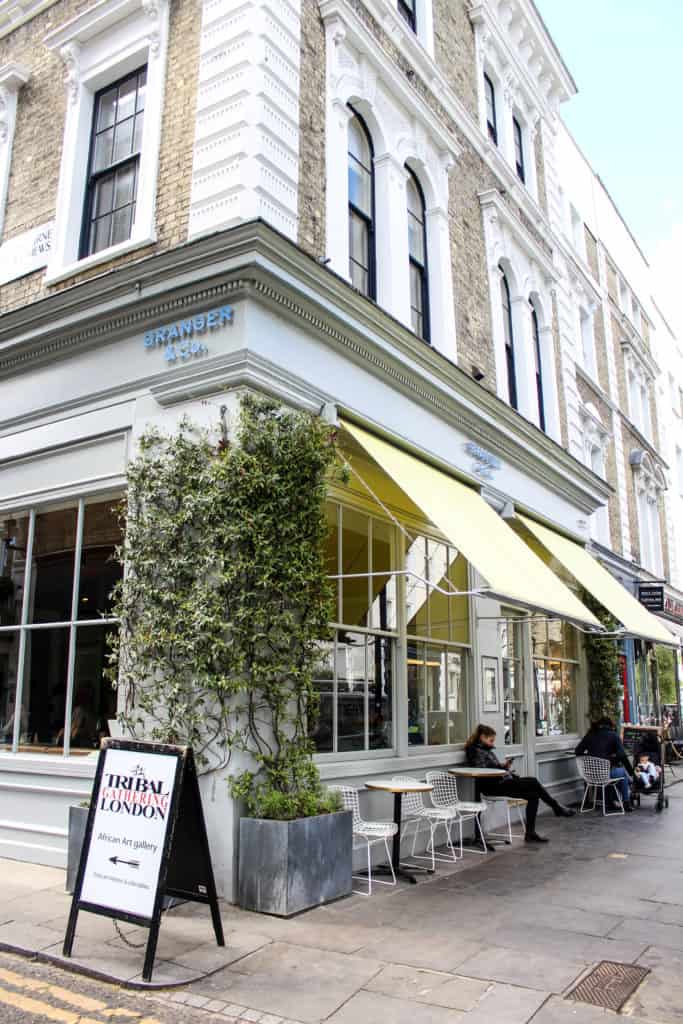 When we stepped into the brunch-hour rush and were told there would be a 20-minute wait for a table, we were not even swayed to go somewhere else. I’d seen a stack of pancakes on a plate near the door and knew we had to try them! They looked, well, divine. Soon after we were seated, we began perusing the menu which mixes both eclectic and simple tastes — we’re talking items from acai bowls and miso porridge to a chilli fried egg and bacon brioche roll with rocket and spiced mango chutney. 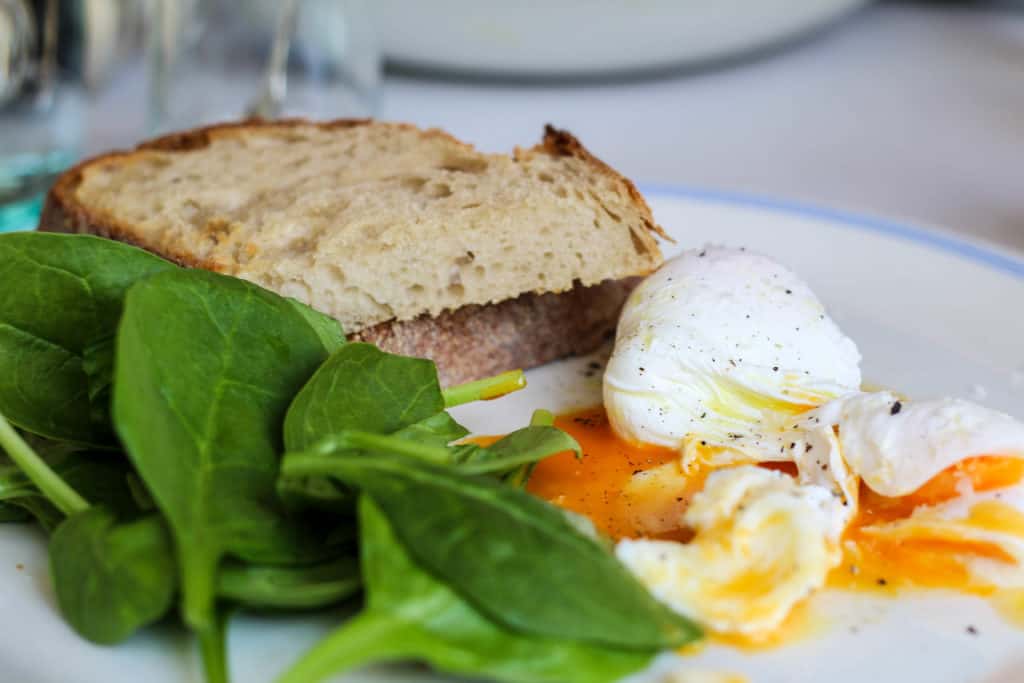 We ordered two poached eggs with sourdough toast and greens, as well as a cup of their freshly squeezed orange juice, which was perfectly pulpy. 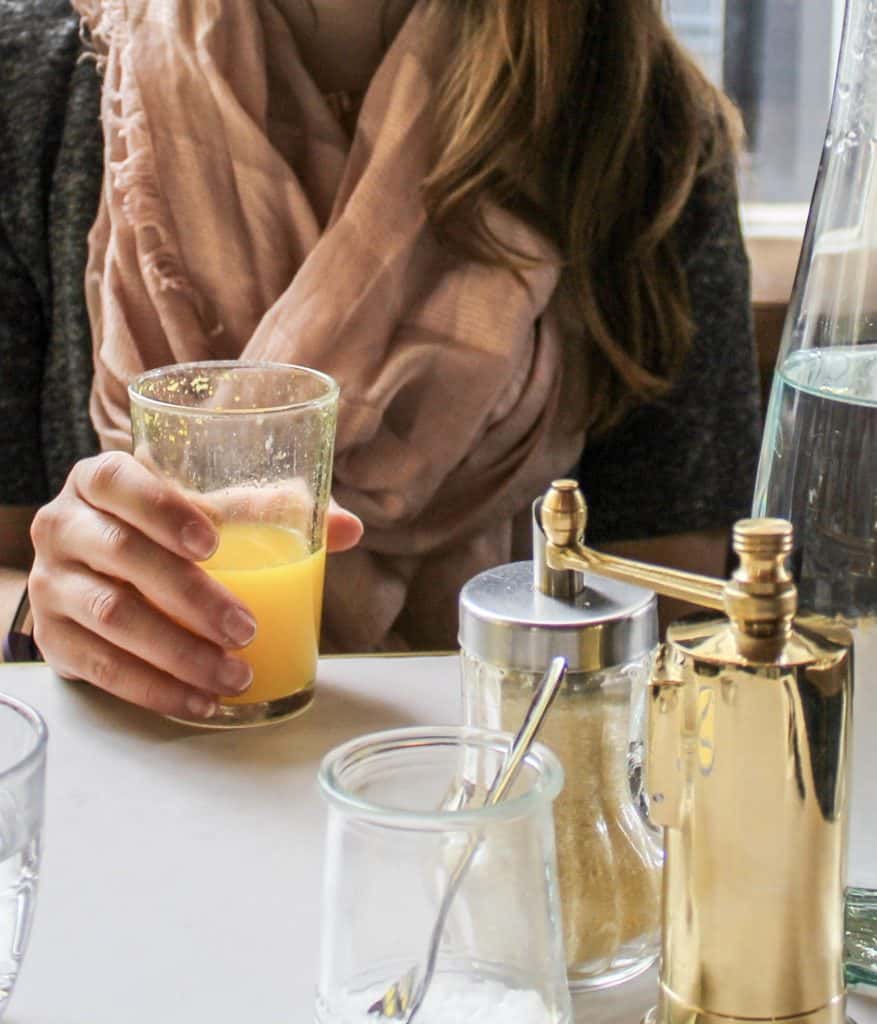 As we continued scanning over the exciting list of choices, my eyes finally found what I had been searching for. There it was, 1/2 of the page down — ricotta hotcakes, banana and honeycomb butter. Done. Looking around, we saw many people sharing the pancake stack, and when ours came, it was clear to see why. It’s a hefty helping with a mound of fresh honeycomb butter that I honestly thought was a banana slice at first glance. 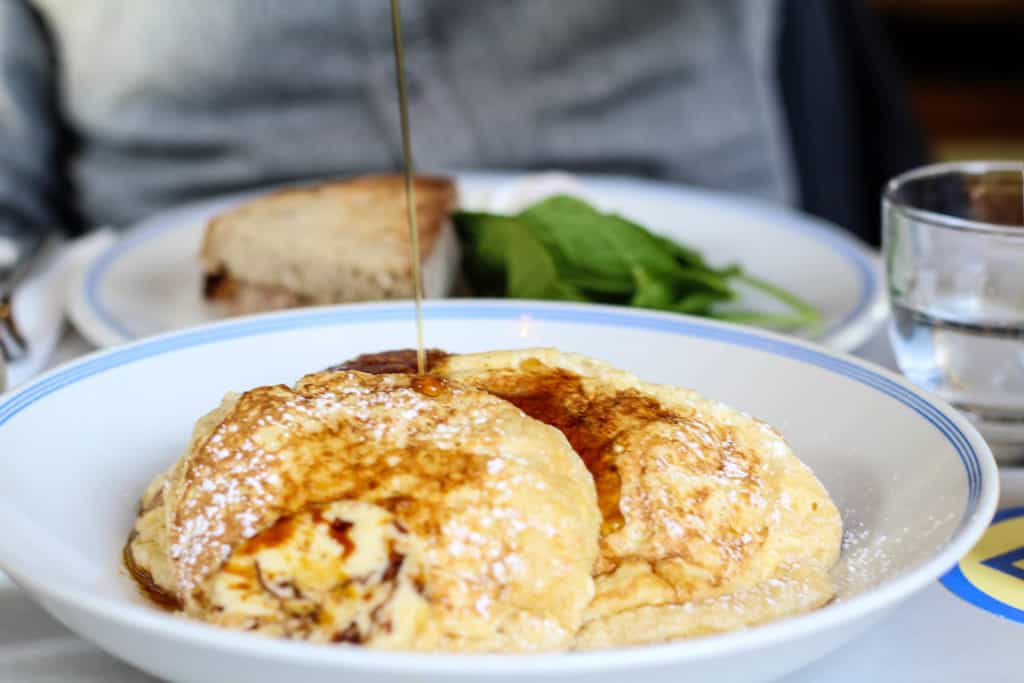 While the poached eggs and sourdough toast were good, the ricotta hotcakes stole the show. The banana, honeycomb butter and ricotta blended together in a perfect flavor combination. They were irresistibly fluffy and not overly sweet.

Keep in mind — this was just the breakfast menu! If we had planned our trip better and had not waited until our final day in London to eat at Granger & Co., I can assure you we’d have gone back for lunch and/or dinner.

You know it’s a good meal when you mention it to everyone who asks (or doesn’t), consider it a highlight of your time in London, and dream about the day you’ll eat there again. So, if you find yourself in the London area (or any of the other locations mentioned), run to Granger & Co., order the ricotta hotcakes, and eat your way to bliss. 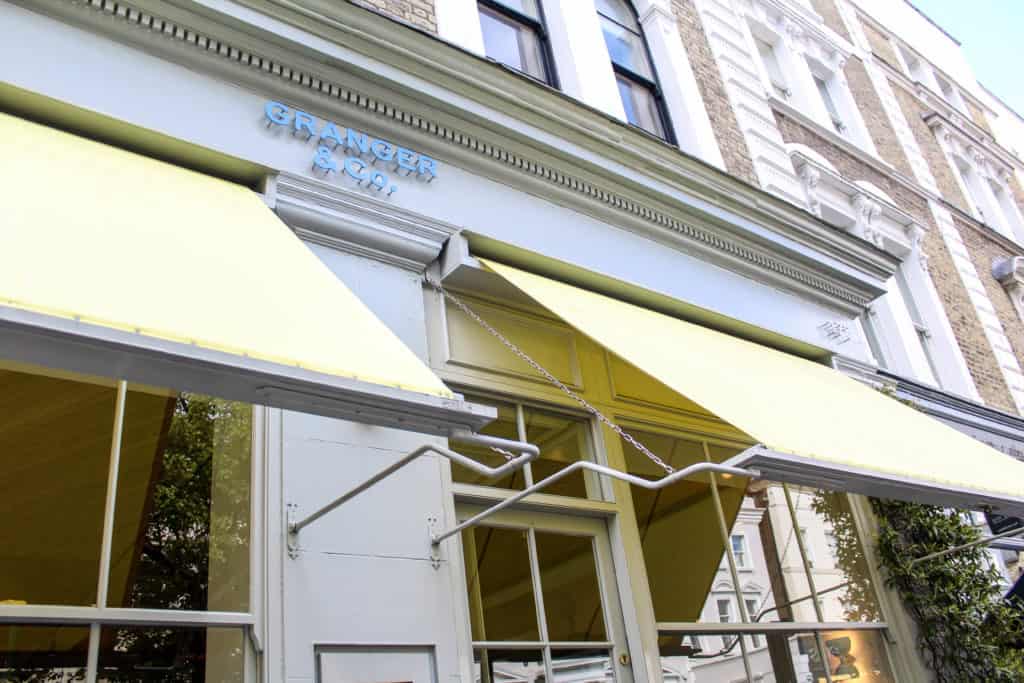 Or, lucky for us, Bill Granger has shared his own recipe for the hotcakes, and we made them our first weekend back in the states. They weren’t as delicious, but it’s a recipe we’ll try and perfect until we can meet again in Notting Hill.