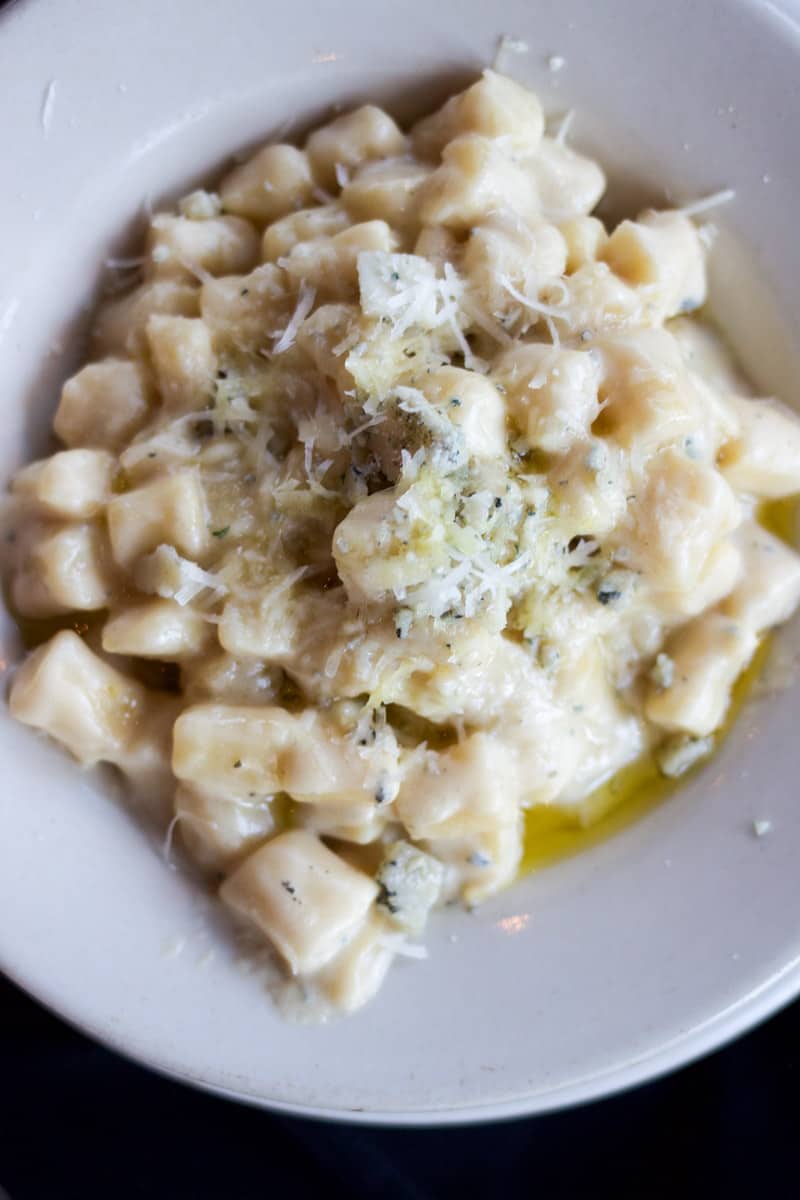 Pin It
Hey friends. Brooke here. I’m actually sitting here in Austin just eating my life away (shoutout to ribs, brisket, breakfast tacos, and burgers #meat). But while I have a few minutes of down time I thought I’d share one of my new favorite places for GOOD PASTA in Salt Lake City! Michelangelo Ristorante has been on my list ever since this awesome blog post came out in 2014. And, truth be told, this blog post was ALSO the post that opened my eyes to Penny Ann’s Cafe. Thank the heavens above.

Back to Michelangelo Ristorante. It’s been on my radar for a long while- especially for some time last year when I was living just blocks away on 3300 south. And I’ll be honest when I tell you I’m not a huge fan of the building’s outside aesthetic, which may or may not have been my main deterance for several months. The big glass windows with clunky block lettering just never “wow’d me” from a passerby standpoint. But let’s be real- some of the prettiest and most beautiful restaurants lack in great, delicious food. My husband always says that restaurants tend to either have incredible design or incredible product, and rarely do they ever have both. Michelangelo Ristorante is no exception to this rule. 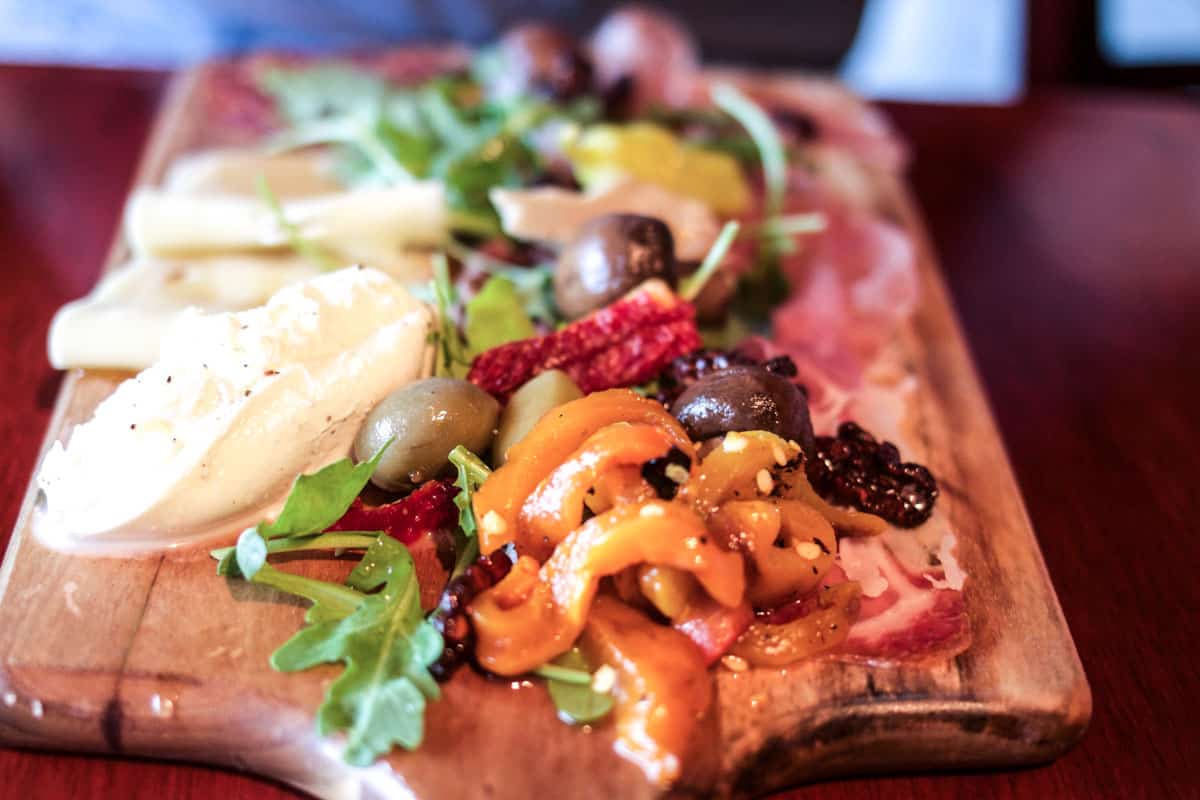 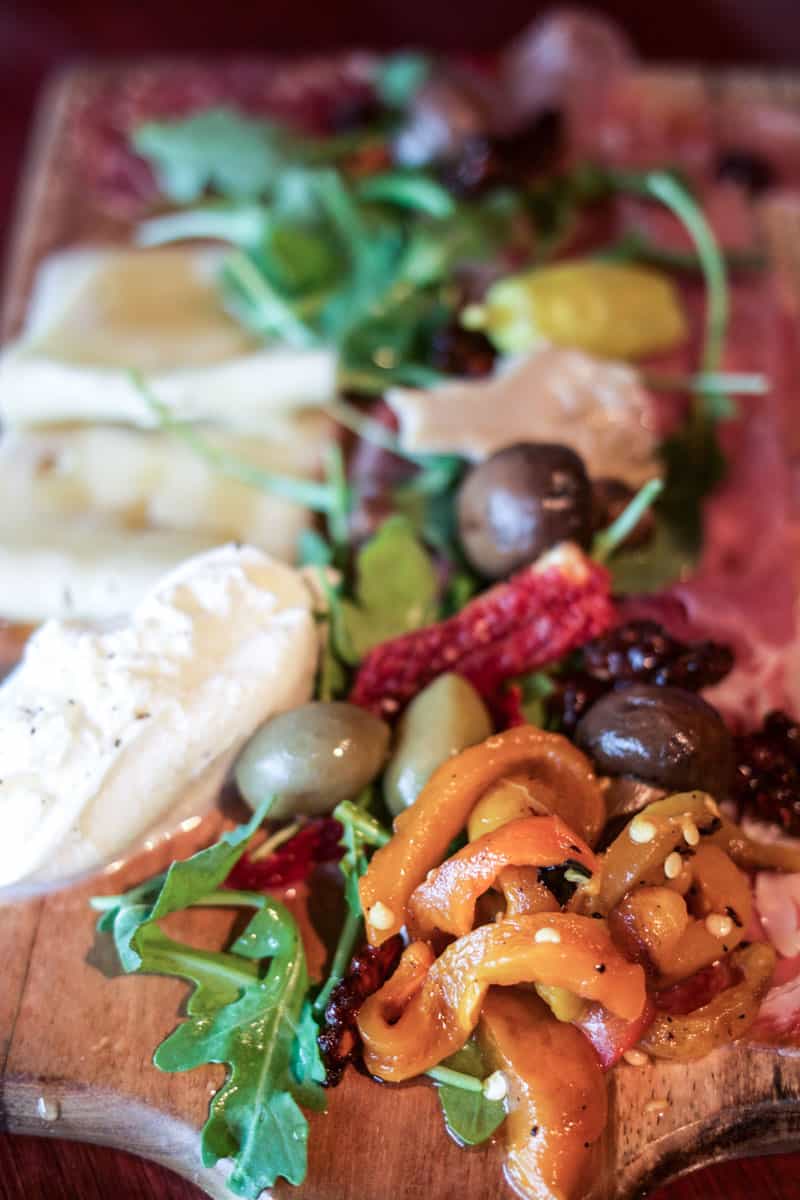 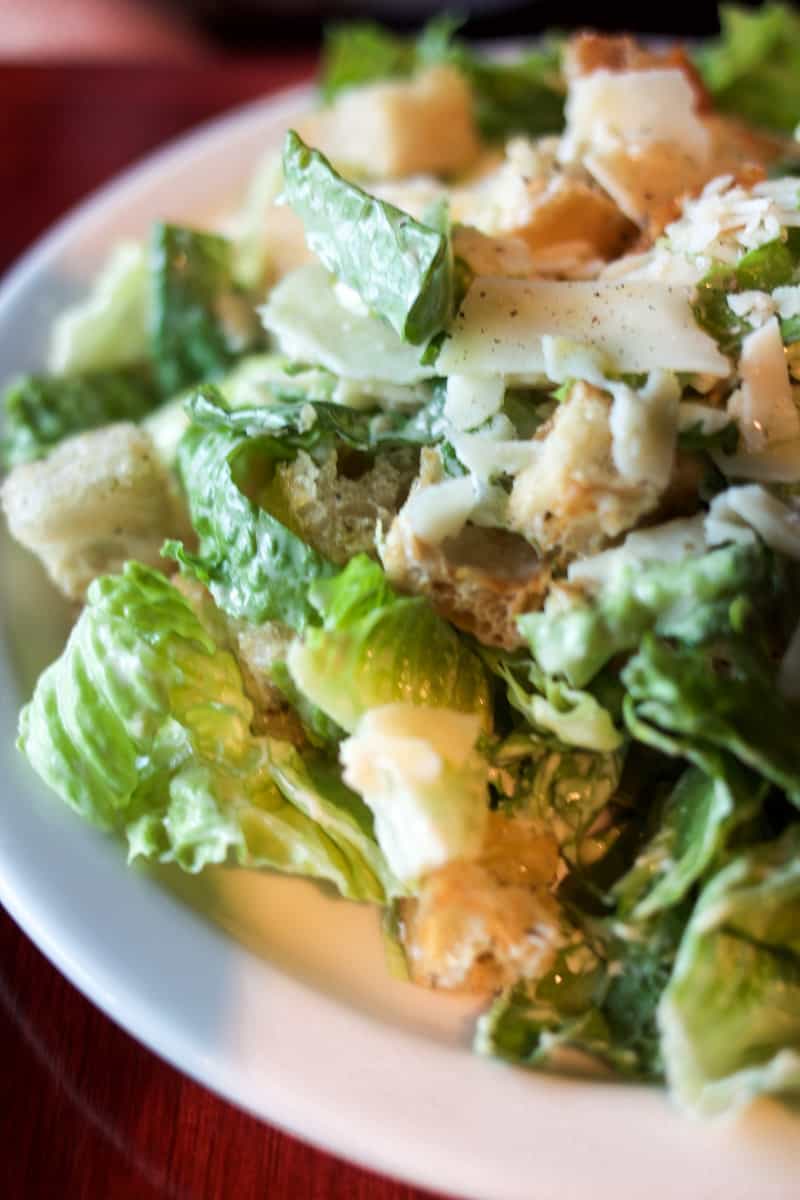 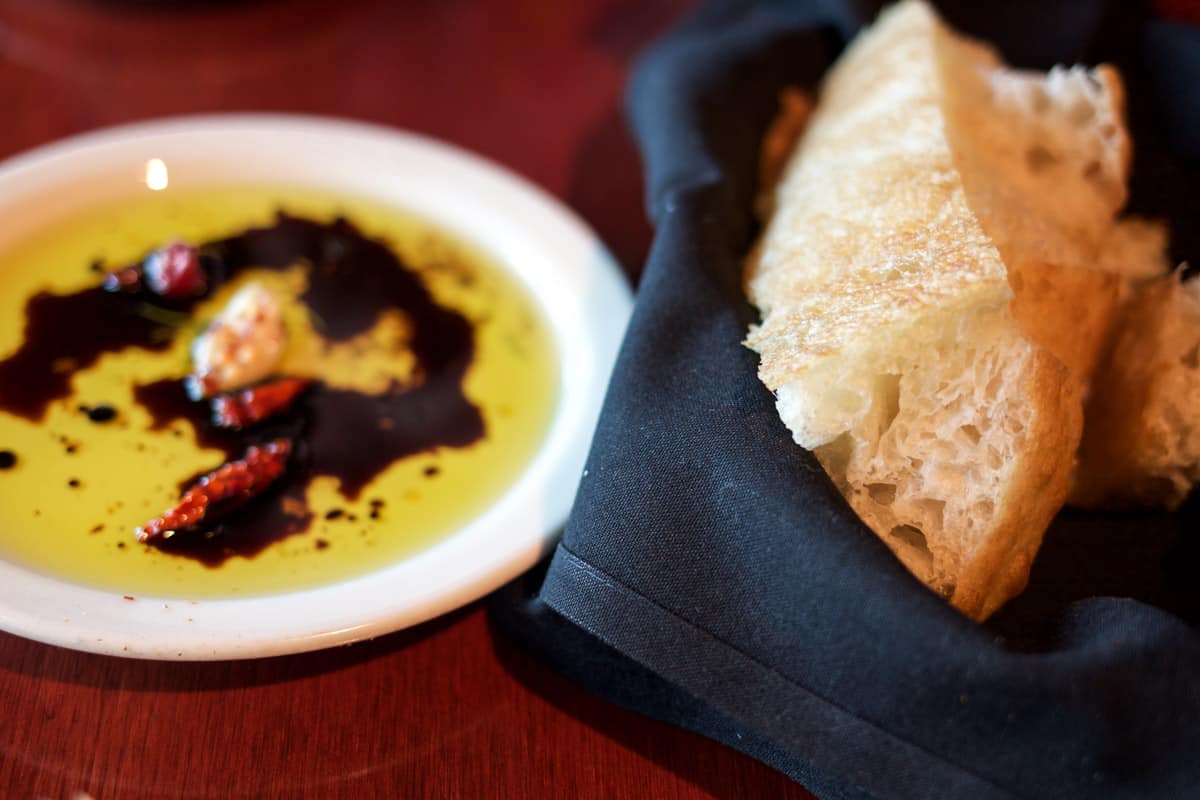 Pin It
We started with a charcuterie board comprised of cured meats, cheeses, olives, and roasted vegetables. I was a little underwhelmed by this cheese board but we still had no problem polishing it off. I was even more underwhelmed by the caesar salad Cody ordered (he loves a good caesar salad and can rarely pass one up). Very basic and nothing certainly worth $10. The BEST part of our appetizer experience at Michelangelo Ristorante, however, was the delicious, heavenly focaccia bread served instantly once we were seated. Although not as oil-dense as a traditional Italian focaccia, this homemade bread was incredible. Excellent flavor, light and fluffy- the perfect preface to a carby, Italian dinner. 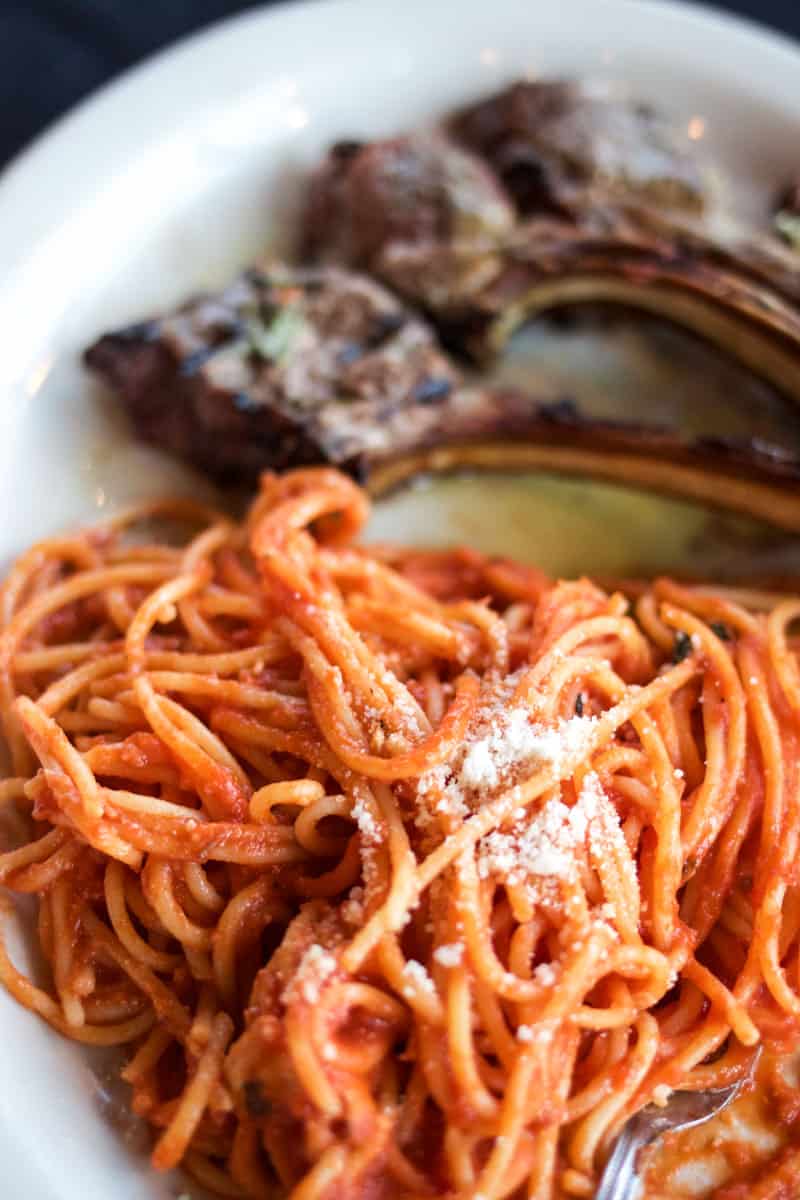 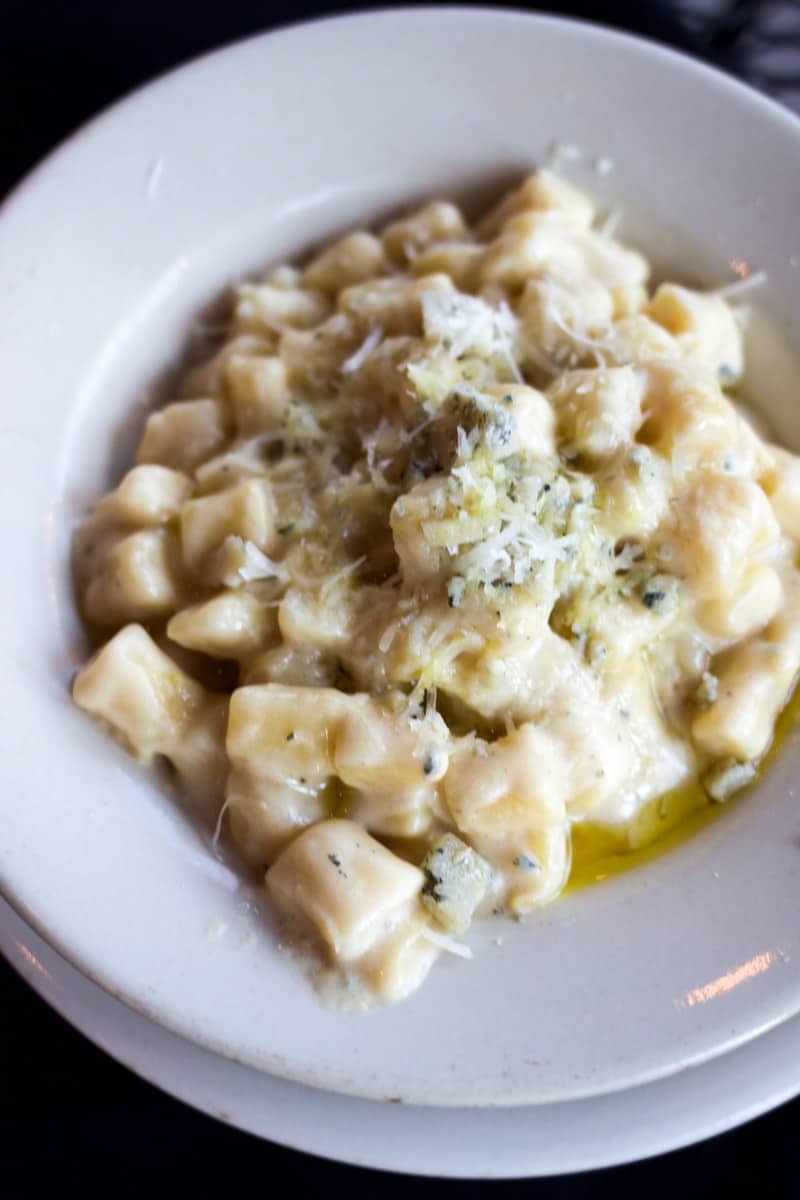 Pin It
If a good friend (or not a good friend) asks me whether or not they should eat at Michelangelo Ristorante, I’ll tell them YES! But go for the pasta. We ordered the homemade gnocchi di patate with the gorgonzola sauce and the grilled lamb served with spaghetti pomodoro. The gnocchi was rich and creamy, definitely not for the faint of heart when it comes to glutinous eating. We absolutely loved the rich, cream-based flavors and didn’t feel like the gorgonzola was overwhelming, which we were definitely afraid of. The grilled lamb was less than exciting- on the chewy side and so-so in flavor, but the incredible spaghetti pomodoro made up for what it lacked. Cody and I both agreed that the flavor of the pomodoro sauce was some of the best we had ever had. 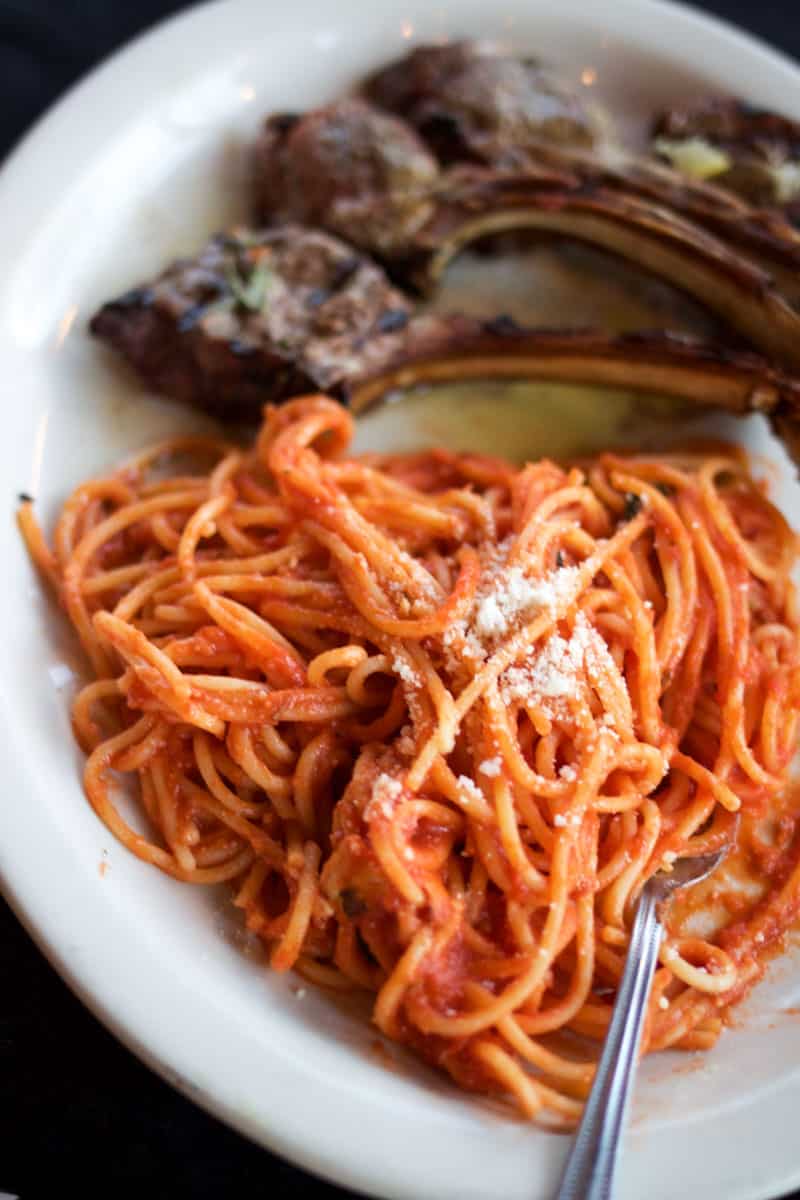 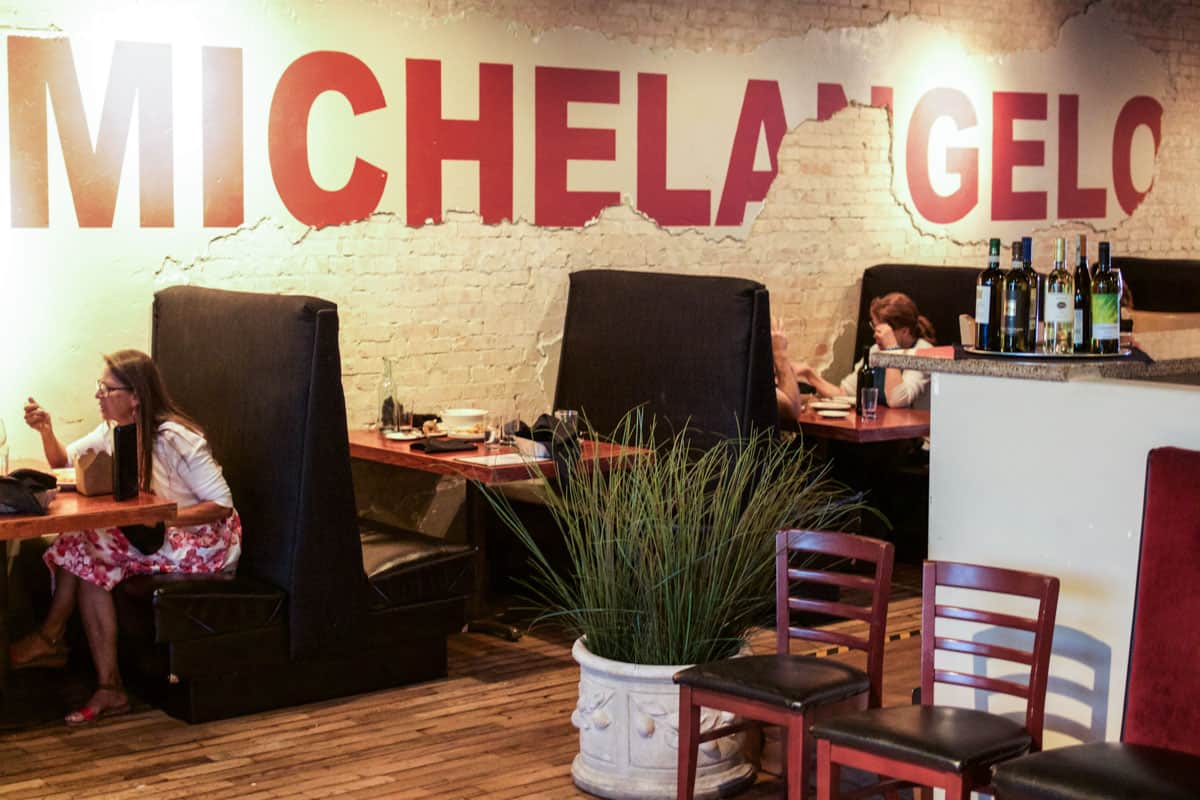 Pin It
Moral of the story: if you’re looking for delicious, homemade past in Salt Lake City, try your next meal at Michelangelo Ristorante. And if you’re going to Michelangelo Ristorante, stick with the pasta! Most of their pastas are homemade, although some are not. Our server and hostess were incredibly kind to us and were happy to walk us through the menu and tell us which pastas had been made fresh that day. Michelangelo Ristonante is open from 11:30-9/10 p.m. daily and would make for a terrific lunch with colleagues, dinner with your significant other, or a delicious entree next time you’ve got a hankering for delicious, homemade, savory pasta. Until next time! 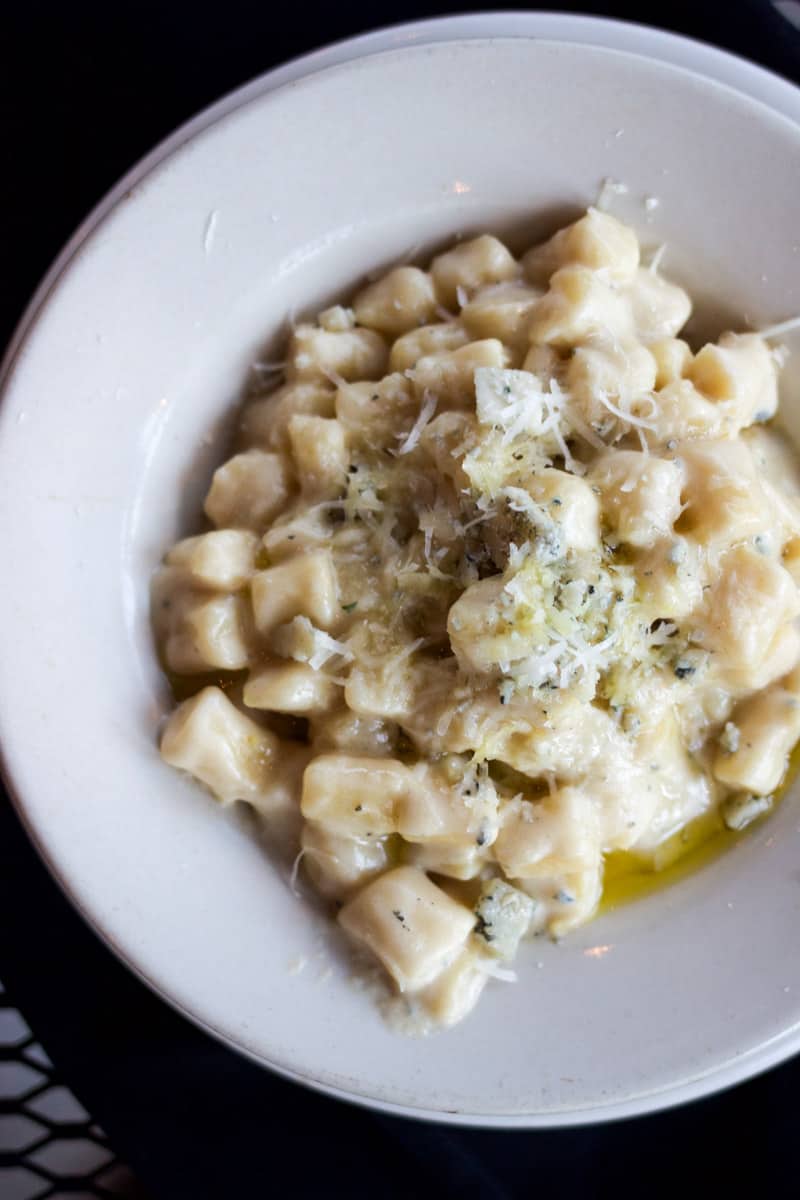