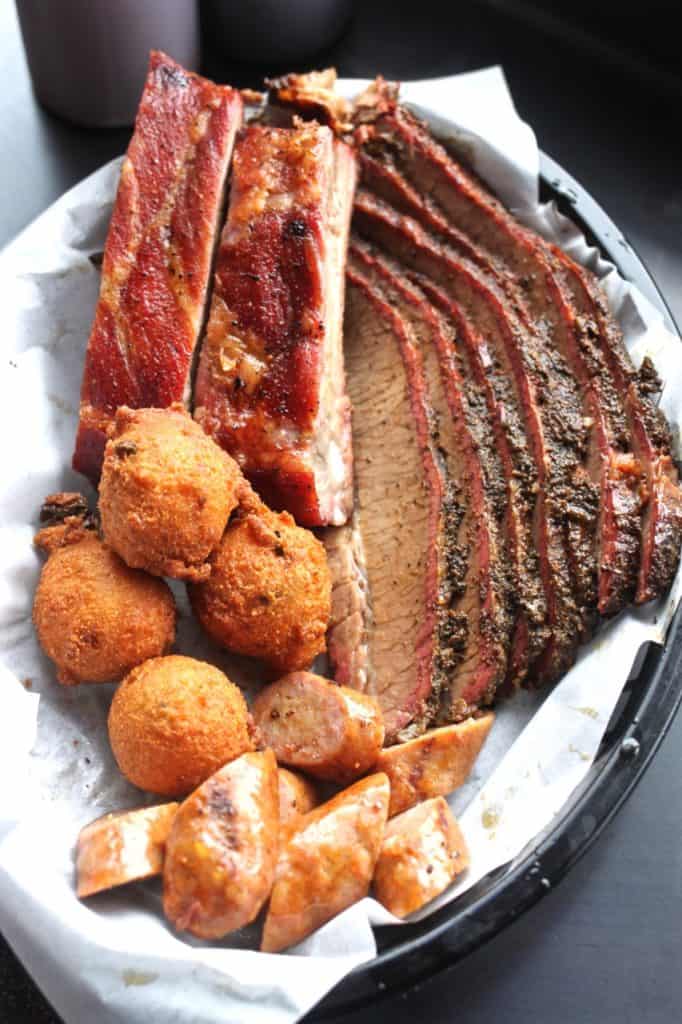 Pin It
Spare ribs. Brisket. Pulled pork. Sausage. Hush puppies. Tangy sauce. Fries. Wings. Can I go on? (Honestly, no, because my stomach is very hungry right now.) BBQ lovers listen in. Salt Lake has gained some of the best BBQ around (see our list of Top 10 Places To Eat in Salt Lake City!). Genuine? I’d say so. Tasty? That’s an understatement. Imagine meat falling off the bone, melting in your mouth, flavors of sweet and savory filling your cheeks. Mmmmmm good. Basically, don’t plan on chatting with your eating buddy or having clean hands by the end of this meal, because after eating at R&R BBQ, all you will be doing is stuffing your face and licking your fingers. 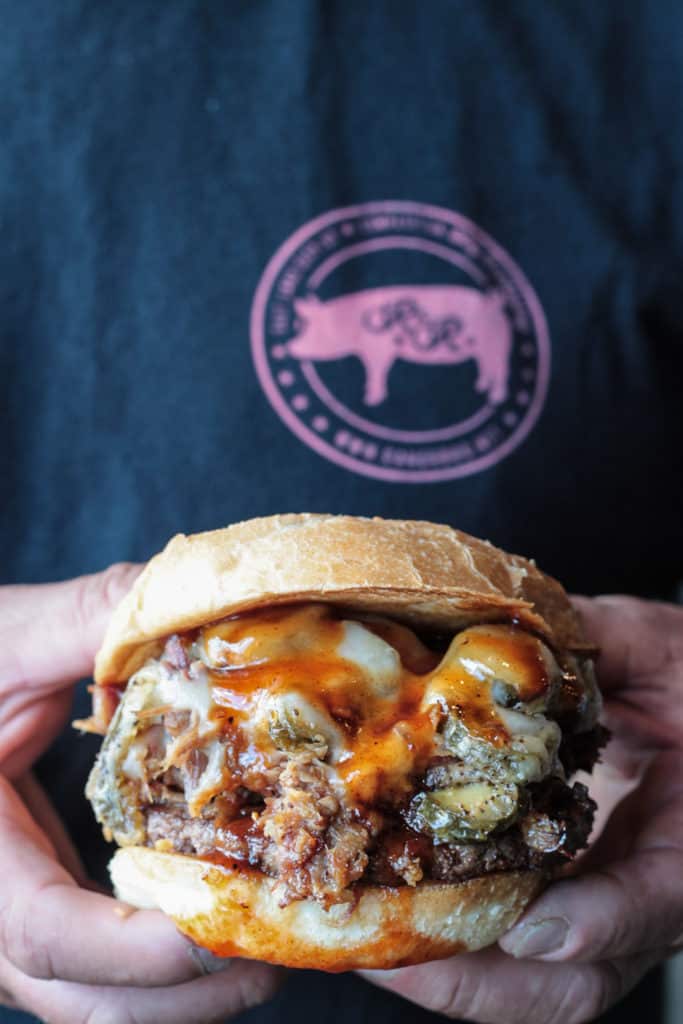 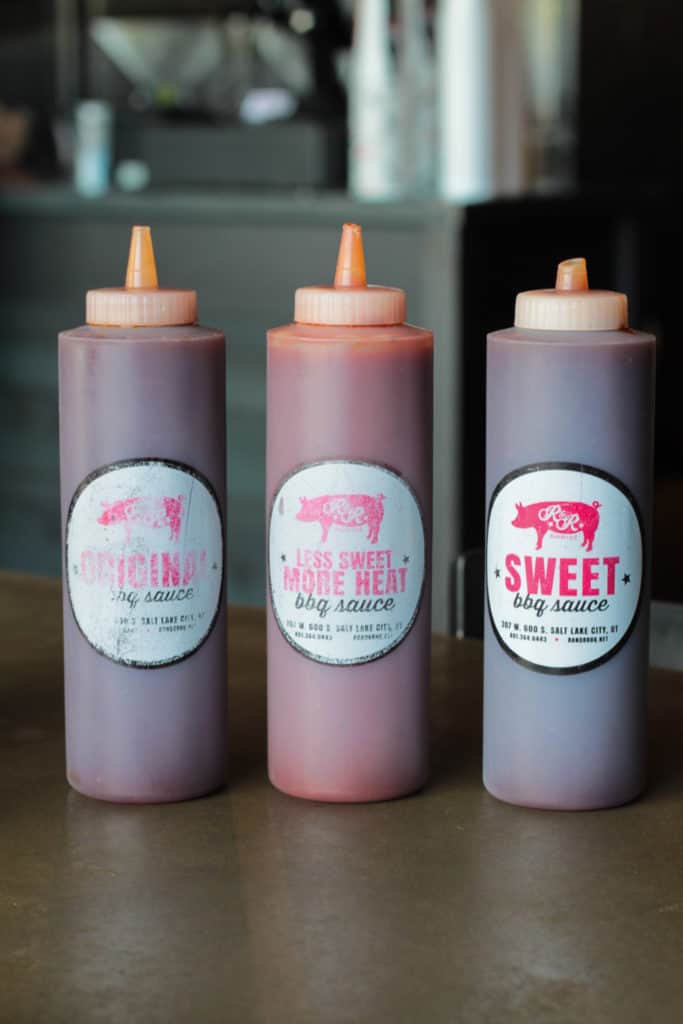 Rod and Roger Livingston, named “Utah’s best barbecue brothers” by Salt Lake Tribune, are two twin brothers who have brought their mama’s cooking all the way from down south. Can we thank them enough? I got the lucky opportunity to go behind the scenes with Rod to see where this magic happens and this is the real deal. Smokin’ and grillin’ and steamin’ and eatin’ is the business they thrive in. The two brothers started off competing in nationwide BBQ events and ended up winning over ten titles, as well as, being named Utah’s Best BBQ. You’ll know why once you try them. 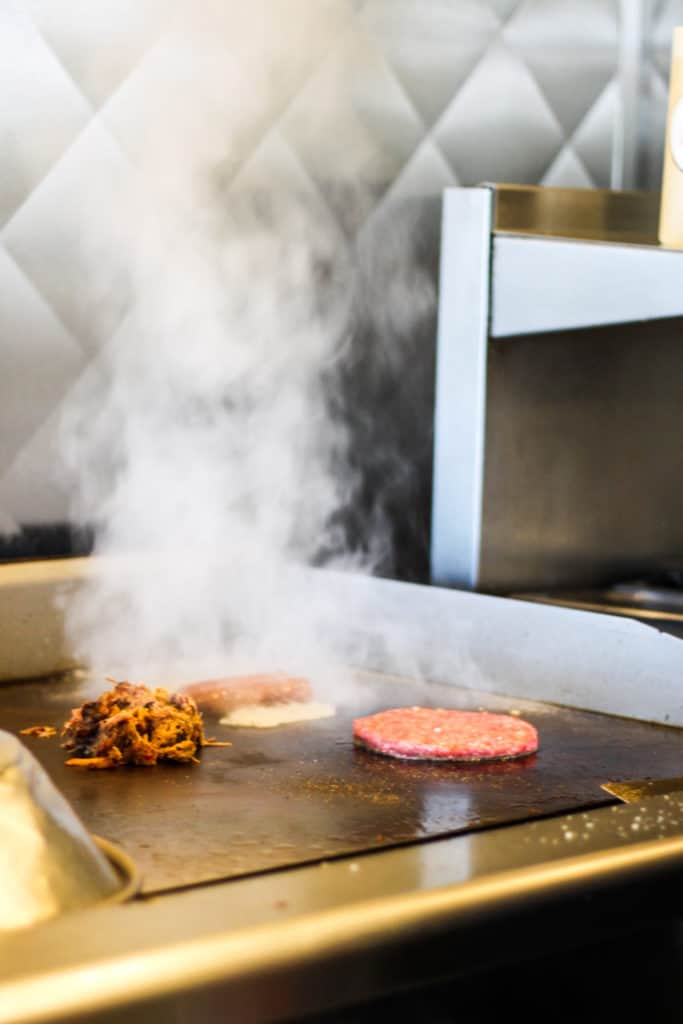 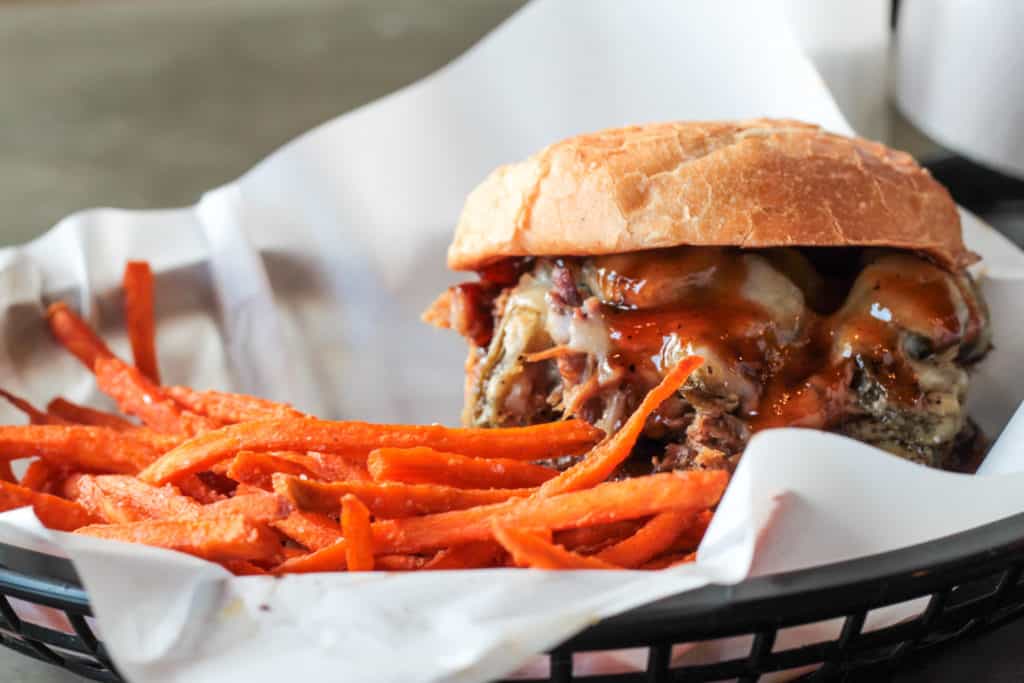 Luckily, each item on the R&R menu contains at least one of their famous meats. (No, this place isn’t for the vegetarian, in case you needed confirmation.) I couldn’t’ decide which meat to get, so I basically got them all. The Caveman burger holds many of their famous slices of meat: melt-in-your-mouth pulled pork, flavor blasted andouille sausage, and a perfectly cooked 1/3 lb burger all topped with fried jalapeños, Monterey jack cheese, and their special sweet sauce. A side of sweet potato fries and you’ve hit a bonus. Could I barely wrap my mouth around it? Yes. Was I mad about it? Definitely not. Juices streaming down my fingers and face and I was satisfied. It even made it on our Top 10 Burgers of Salt Lake City list! 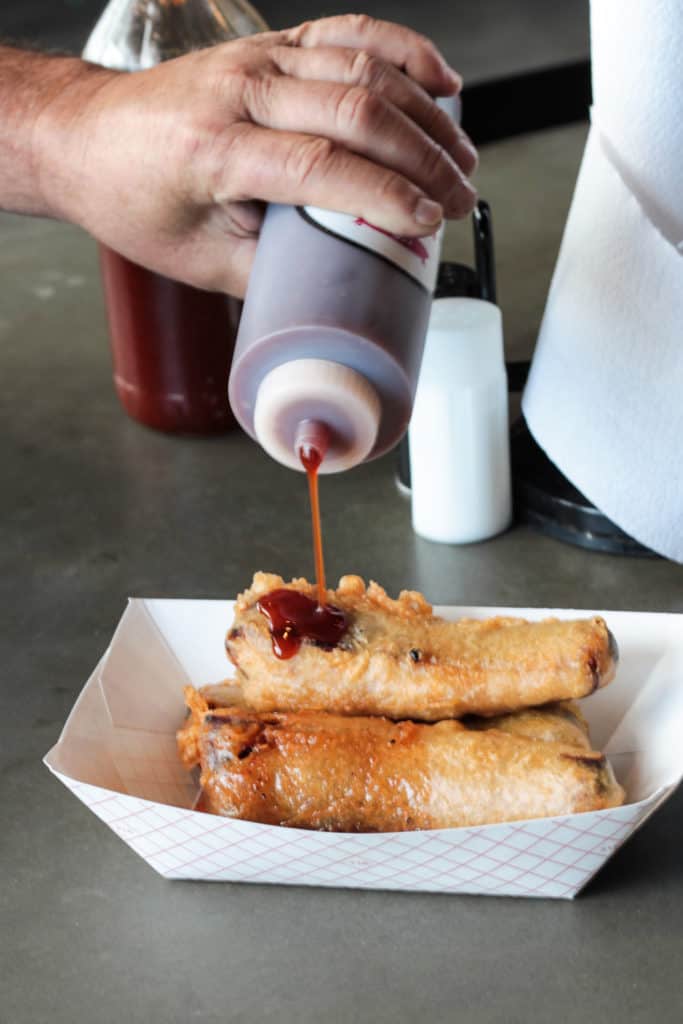 Did I stop there? Nope, course not. #heartyeater. Rod was too kind and even “made” (…kidding, I was all for it, let’s be real) me try their famous wings. You’re probably thinking, okay there are a billion wing spots around, what makes this place different? Let me just say, smoked and deep fried “melt off the bone” wing. Sold. “Melt off the bone” has never been sung more true than by the Livingston Brothers. They know BBQ and they know ribs. The sauces that these guys offer are seriously added bonuses. Make sure to put them on everything. 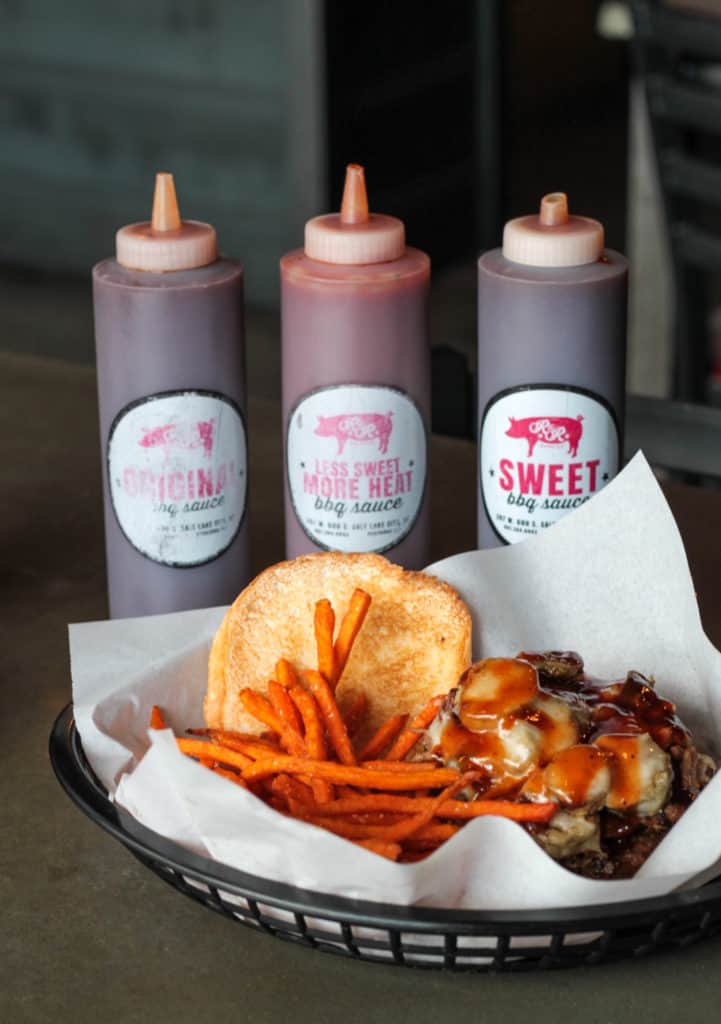 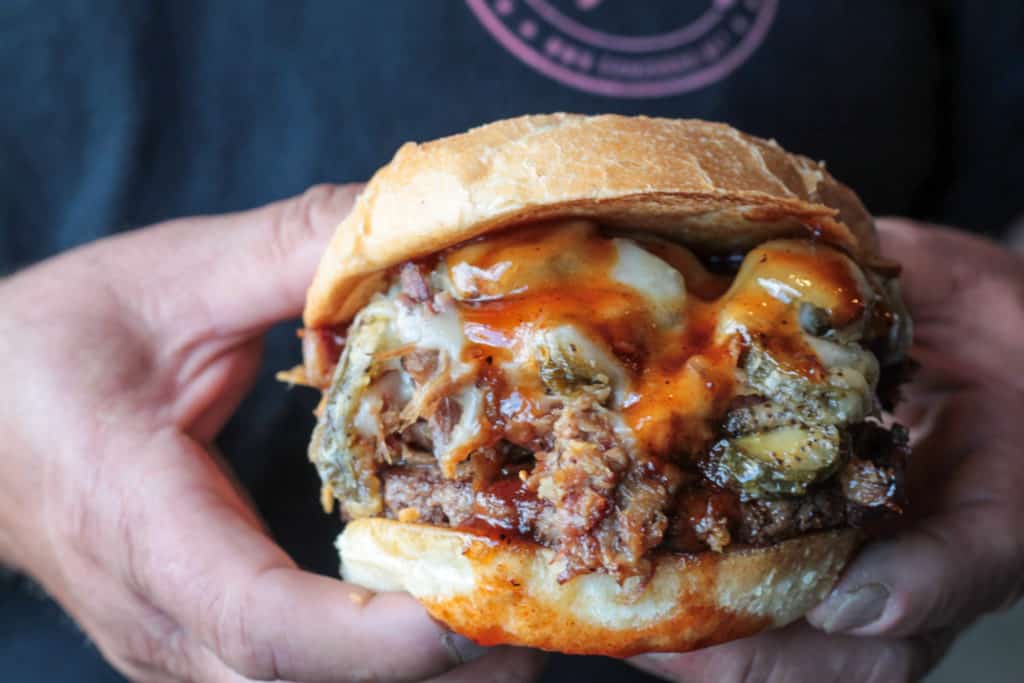 Capturing the hearts of southern natives, R&R usually has a line out the door. If this place is always packed (and I mean packed) at eating hours, then you know it has got to be good. They’ve heard the hunger cries of fans and have opened up a spot in South Jordan to mirror their popular downtown Salt Lake restaurant.Rod and Roger, thank you for sharing your BBQ skills with us, mountain dwellers. 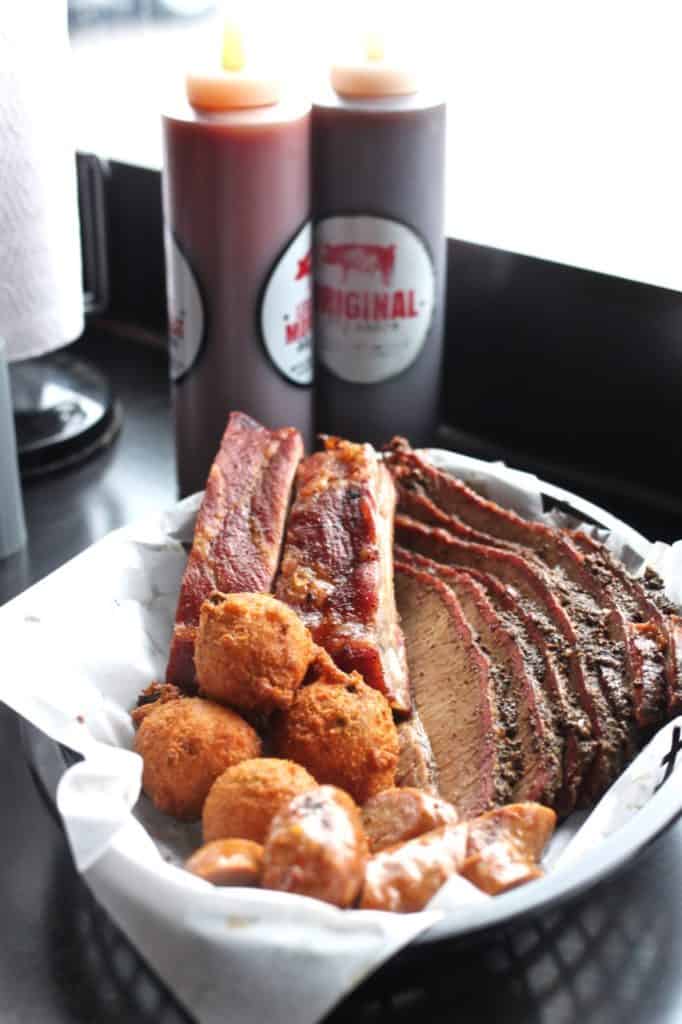 Make sure to consider R&R for catering as well! The first time I ate R&R was at a work event and I couldn’t stop filling my plate. If you want to treat your friends and family well, call Rod and Roger!