April of 2016 I embarked on a short weekend trip to the Big Apple to visit a longtime friend. One of the eateries she suggested we visit, was a local joint called The Bagel Store – renowned for its revolutionary ‘rainbow’ bagel. Nearly two years later, I again reunite with the glory of a NYC bagel, schmear and all, but in sunny San Antonio at a new Alamo Heights spot called Boss Bagel.

Chef Brannon Soileau brings the perfect mix of New York and Montreal style bagels to the heart of the Alamo City, with a {seriously} extensive menu stock full of options. Not kidding – this little shop carries everything from rosemary, red chili, and olive oil bagels (yep…that’s one flavor), to full blown brekkie sandwiches like the beloved ‘Country Ham Hangover Cure’ or the ‘Drunken Chicken’ (both of which are on my bagel bucket list). 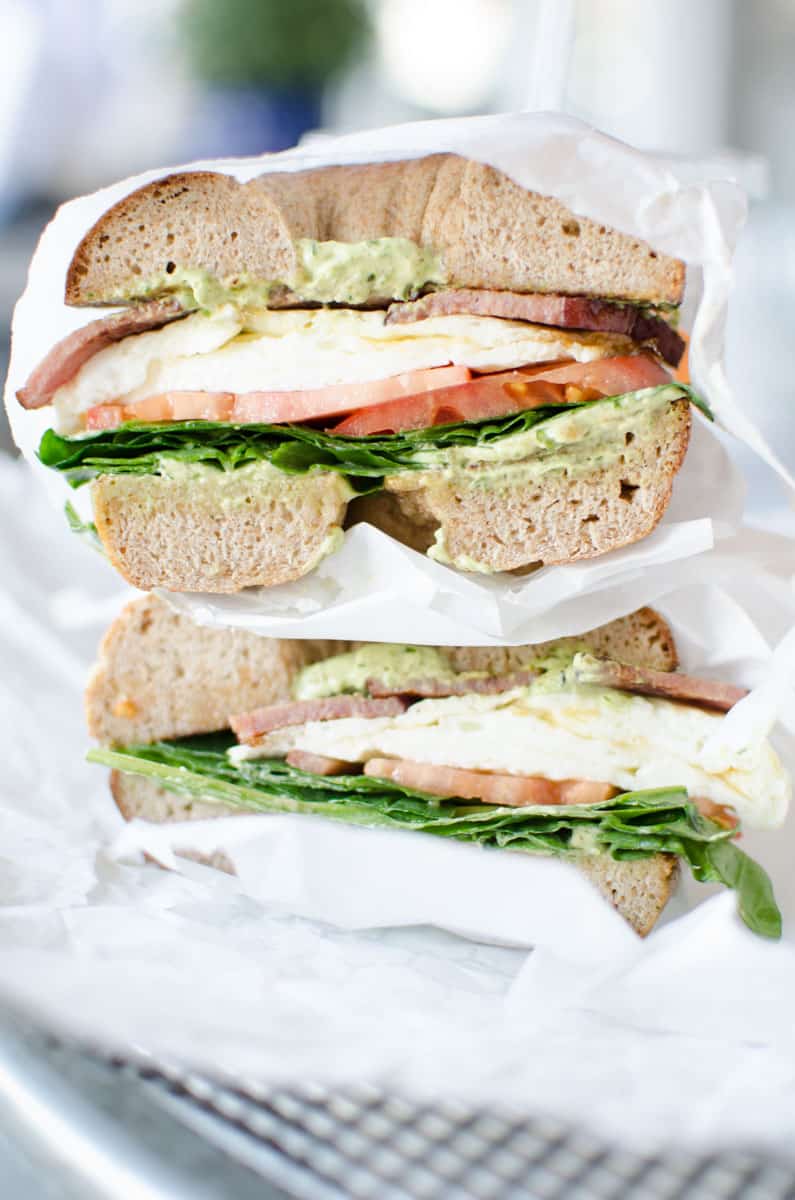 Overwhelmed with choices, I settled on ‘The Athlete’: a scrambled egg white sandwich on a five-grain bagel with wilted spinach, turkey bacon, sliced tomatoes, and a light pesto schmear. I cannot rave enough how soft the bagel ends were (though toasty and crisp on the exterior), and gushed to a friend how delicious each bit came together in one bite. One of the lighter menu items, ‘The Athlete’ started my day on the perfect savory note, and left me eager to return to try another one of Soileau’s legendary bagels.

Although I didn’t snag a bite of my friend’s selection, I did snap a pic of her ‘Slammin Salmon’: a lox breakfast sandwich on a sesame bagel with shaved red onions, capers, sliced tomatoes, hard boiled eggs, and a lemon dill schmear *insert heart eye emoji*. One of my favorite combos, I don’t doubt the ‘Slammin Salmon’ was anything short of perfection, especially if it tasted as good as it looked (big yum). 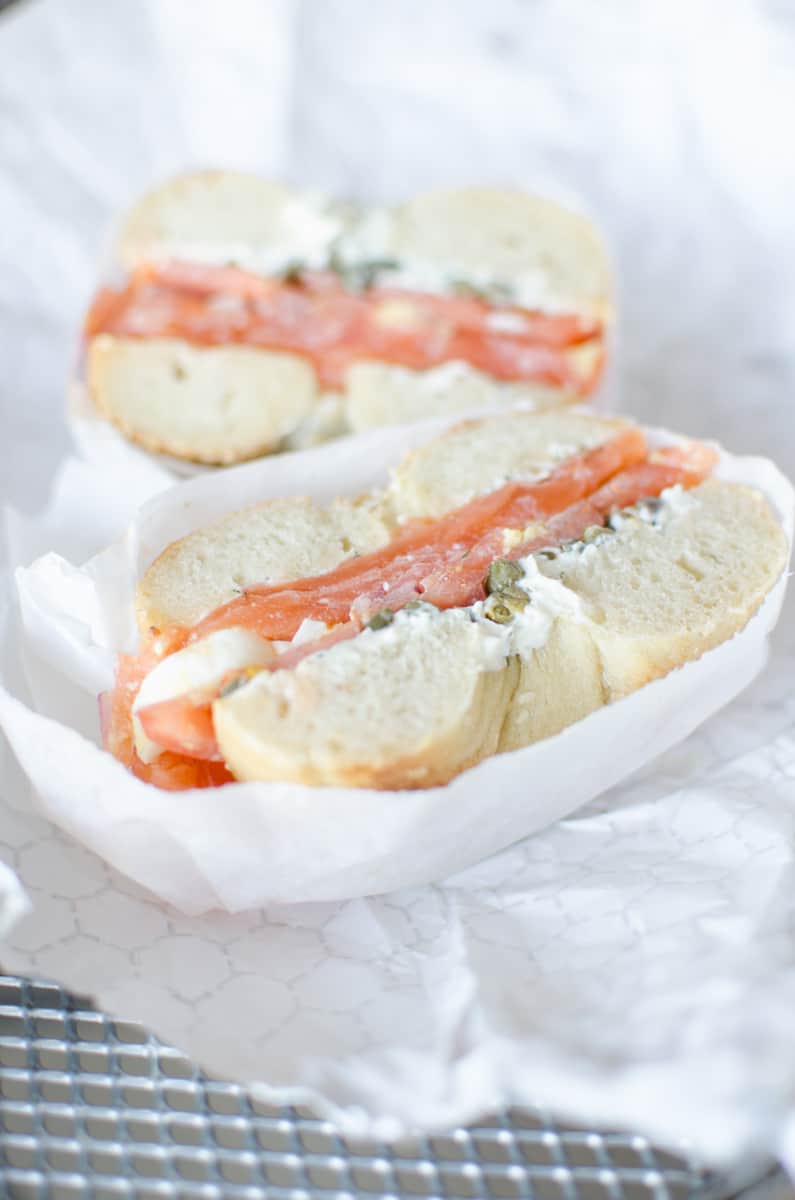 Grateful to have this little eatery a few blocks down from my city center apartment, I’m down to return with anyone who’s interested in noshing on some of San Antonio’s best bagels. If you’re a local on the hunt for a new breakfast joint, a visitor looking for the perfect start to your day, or a NYC native searching for serious bagel competition, stop by Boss Bagel to see what the hype is about – you will not be disappointed. 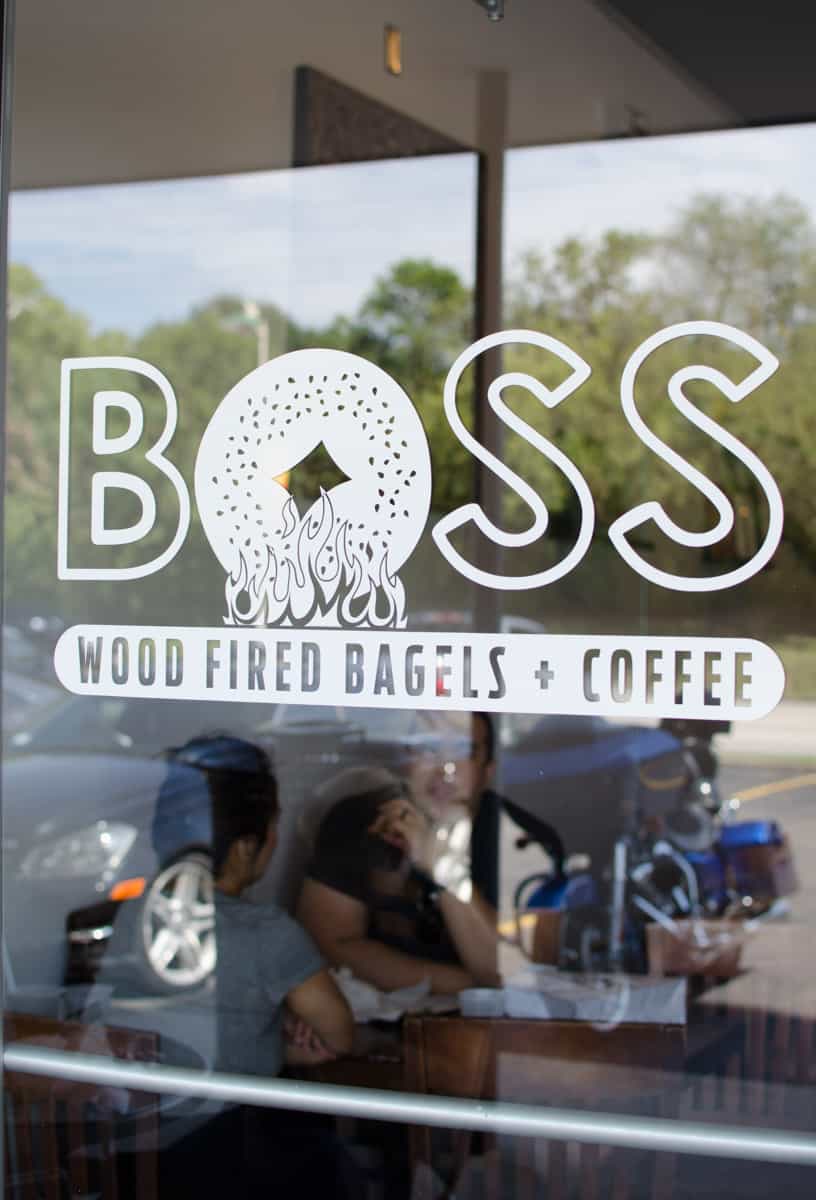