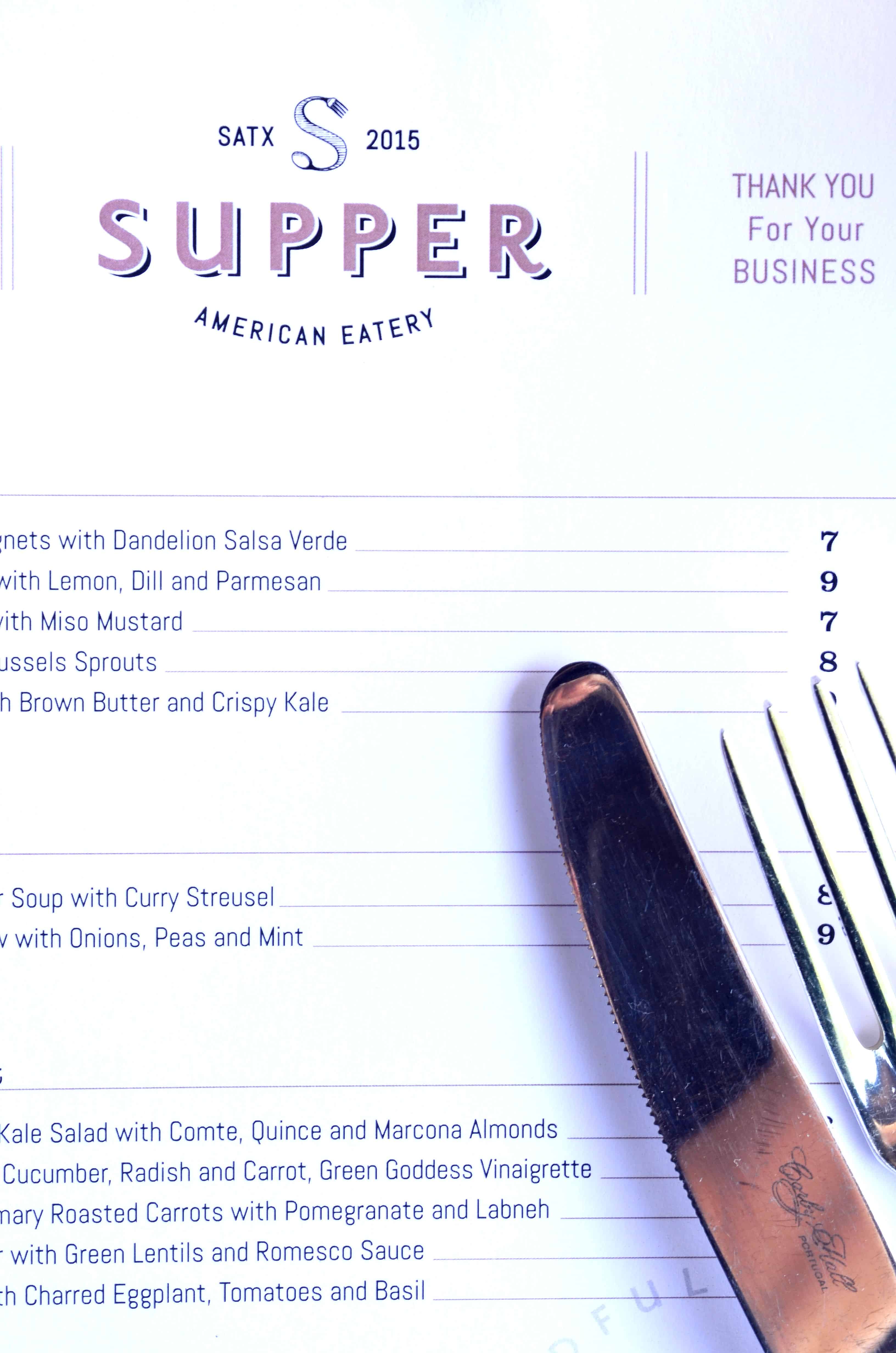 Pin It
Growing up in Europe made me the type of American who ate pizza with a fork and knife. I adjusted quickly to local farmers markets and the kind of lifestyle where I bought groceries day by day, rather than week to week. When I moved stateside in 2013, I anxiously sought a community which represented the culture I was so familiar with, and eventually, two years later, moved myself into the Pearl.

A historic neighborhood downtown San Antonio, the Pearl exudes a chic, contemporary vibe, with its local boutiques and quaint coffee shops. Gentrified over the past five to ten years, the Pearl now holds the reputation of being San Antonio’s culinary mecca. Of the campus’ 15 chef owned and operated restaurants, its most recent addition is Supper – Hotel Emma’s take on elevated American cuisine. 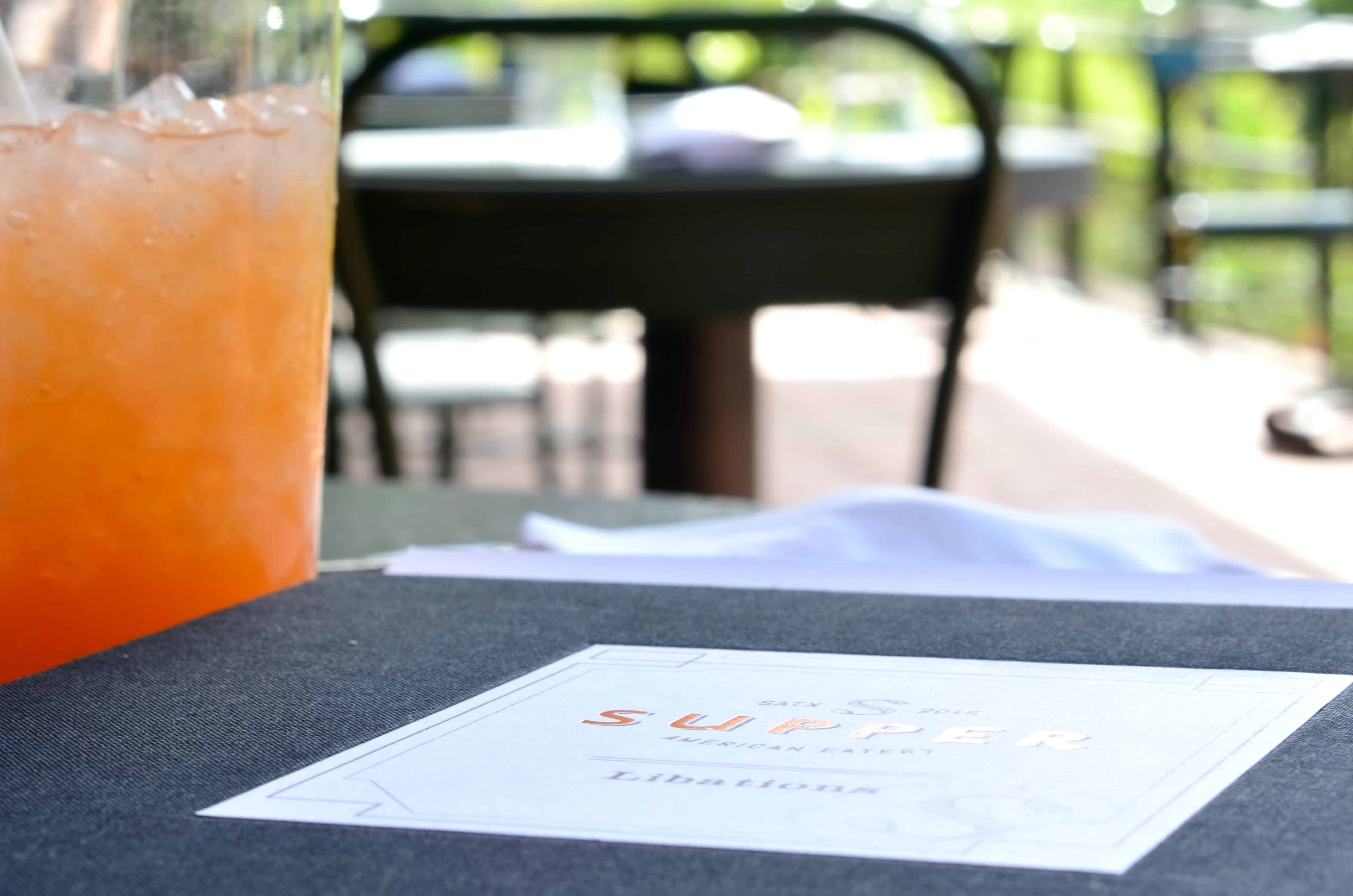 After hearing so much about the eatery from coworkers, I decided I needed to give Supper a try, in order to better recommend it to guests (I work in Hotel Emma’s front office), and to treat myself after an exhausting week of summer school. 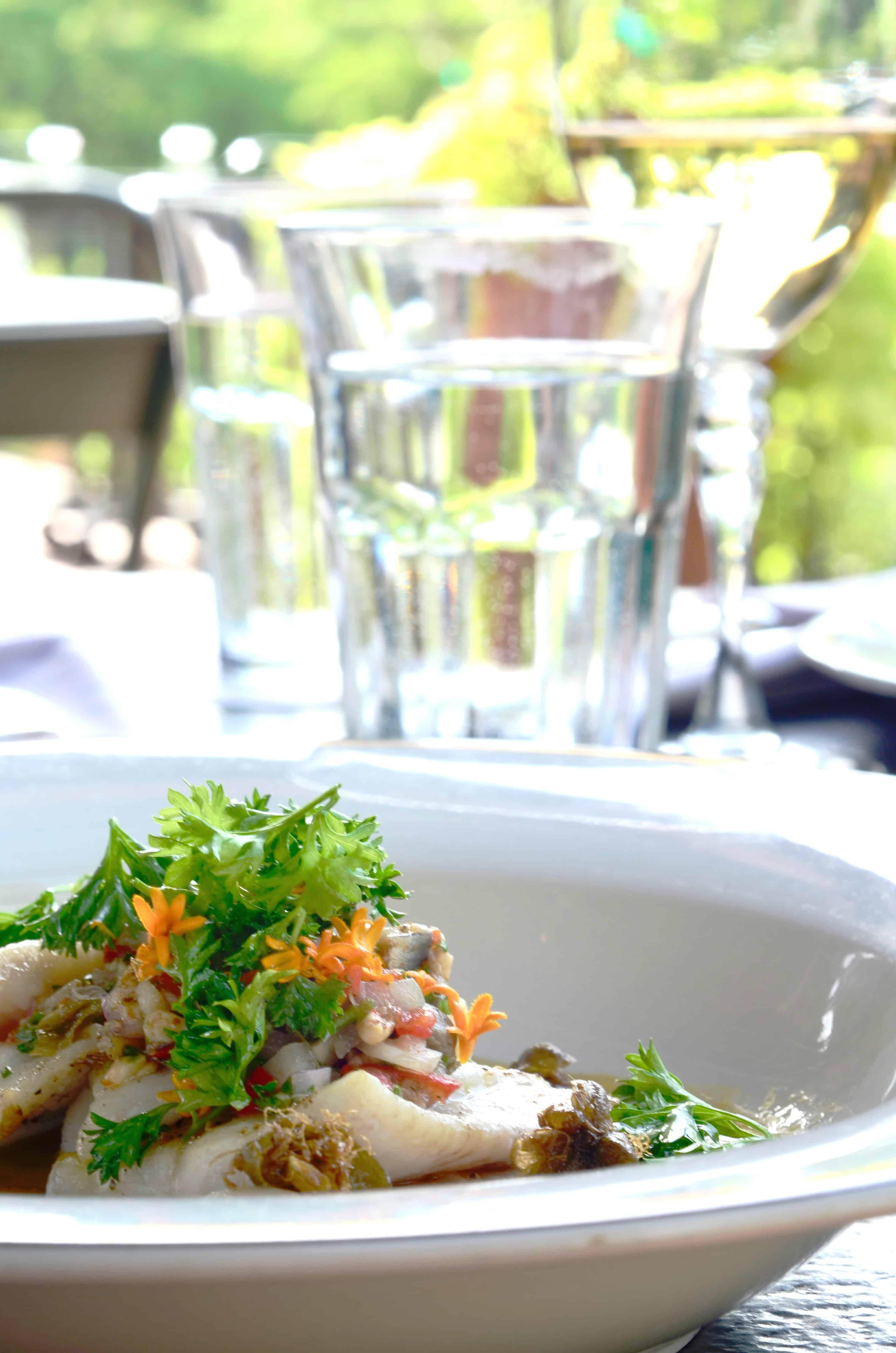 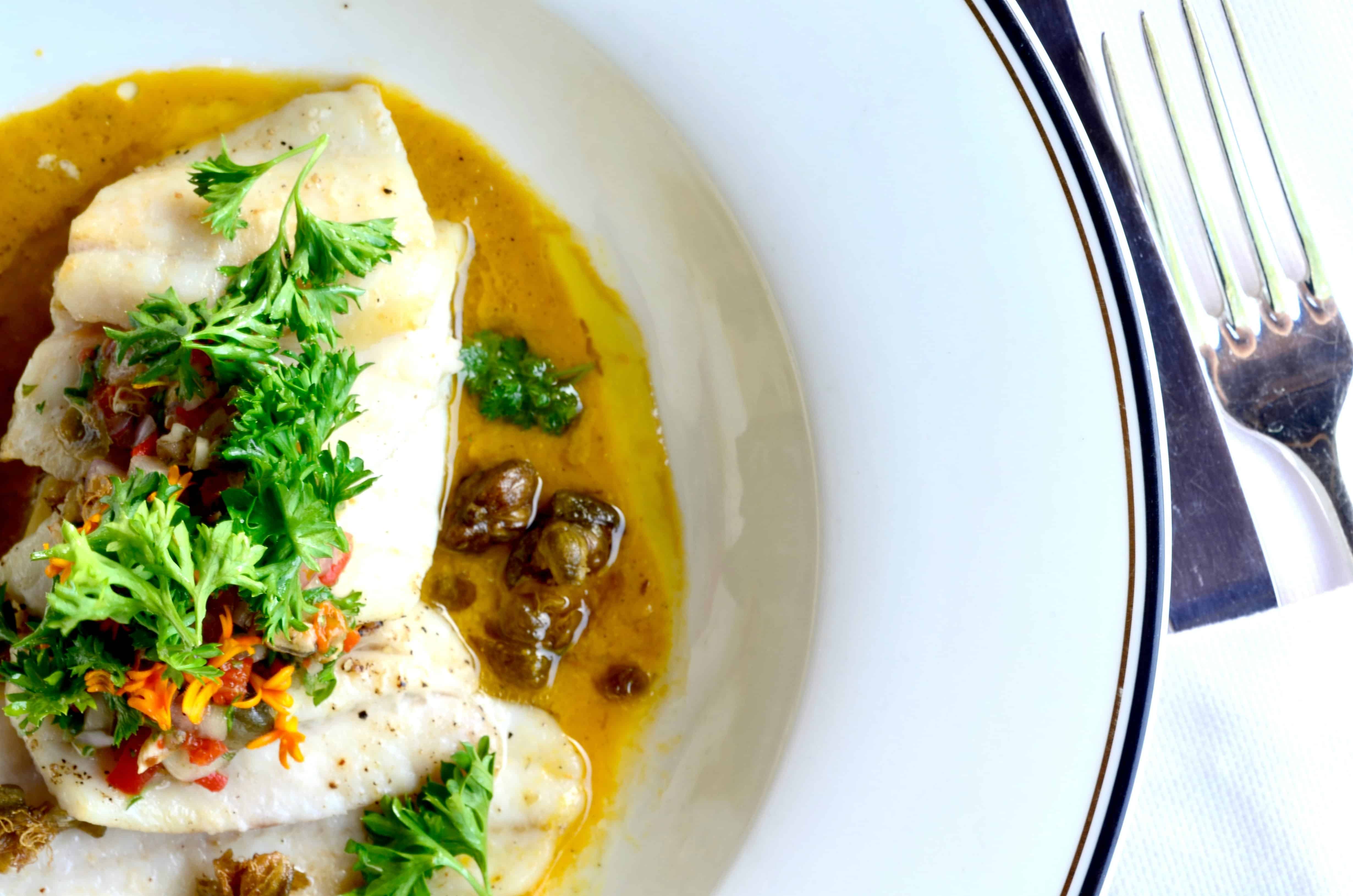 Pin It
Dining family style on Supper’s riverside patio, friends and I ordered a variety of items in order to gauge the best possible impression from the restaurant. Pictured here, is a delicate sole dish (a fresh white fish in the trout family), paired with white wine, and accompanied by close friends – the makes of a perfect Friday evening. The sole was soft, with a light crust, and easily absorbed the supplementary basil olive oil. Yellow tomatoes, eggplants, and crispy capers (which added remarkable texture and zest), decorated the plate, colors vibrant, and flavors bold. 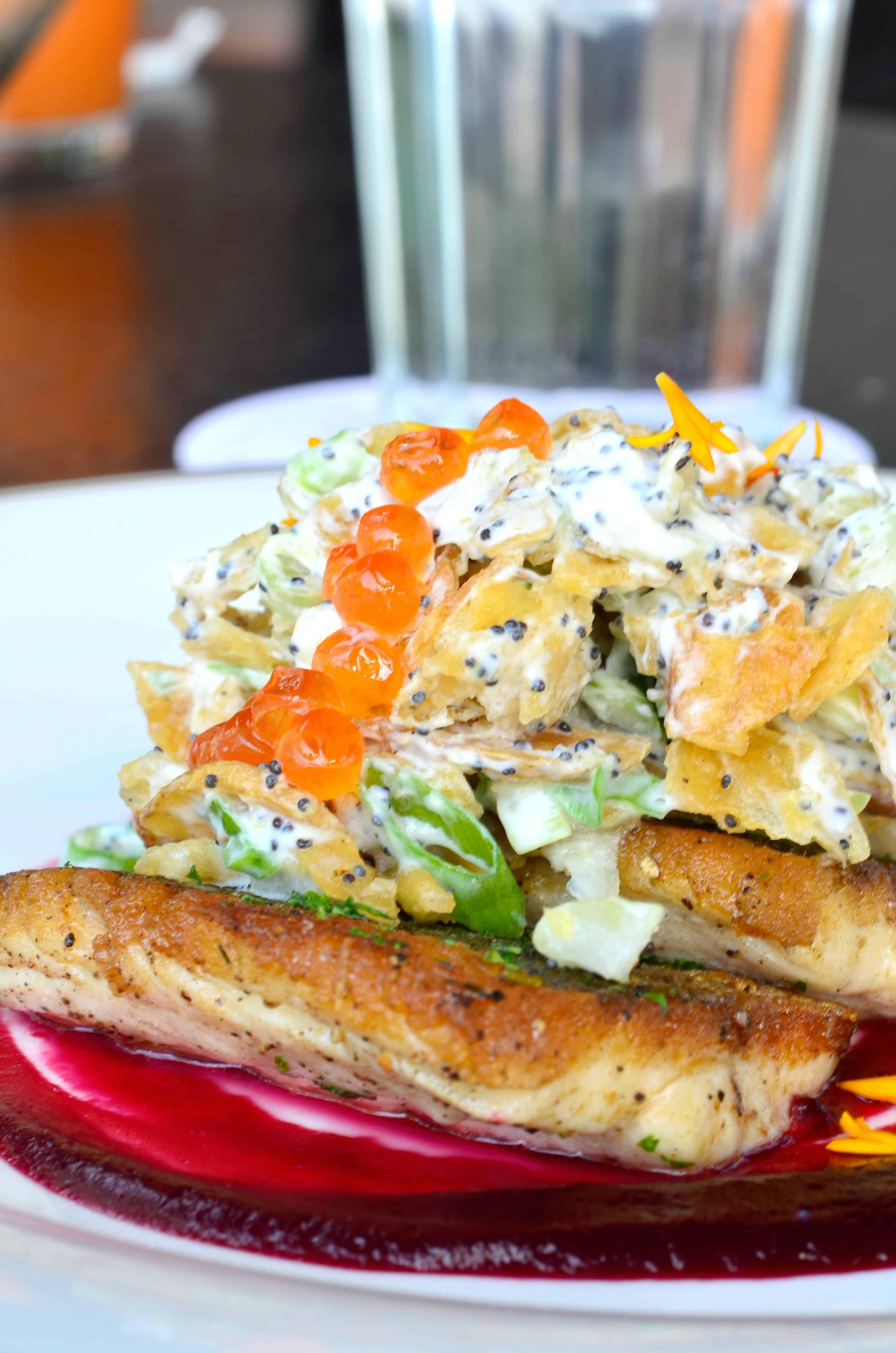 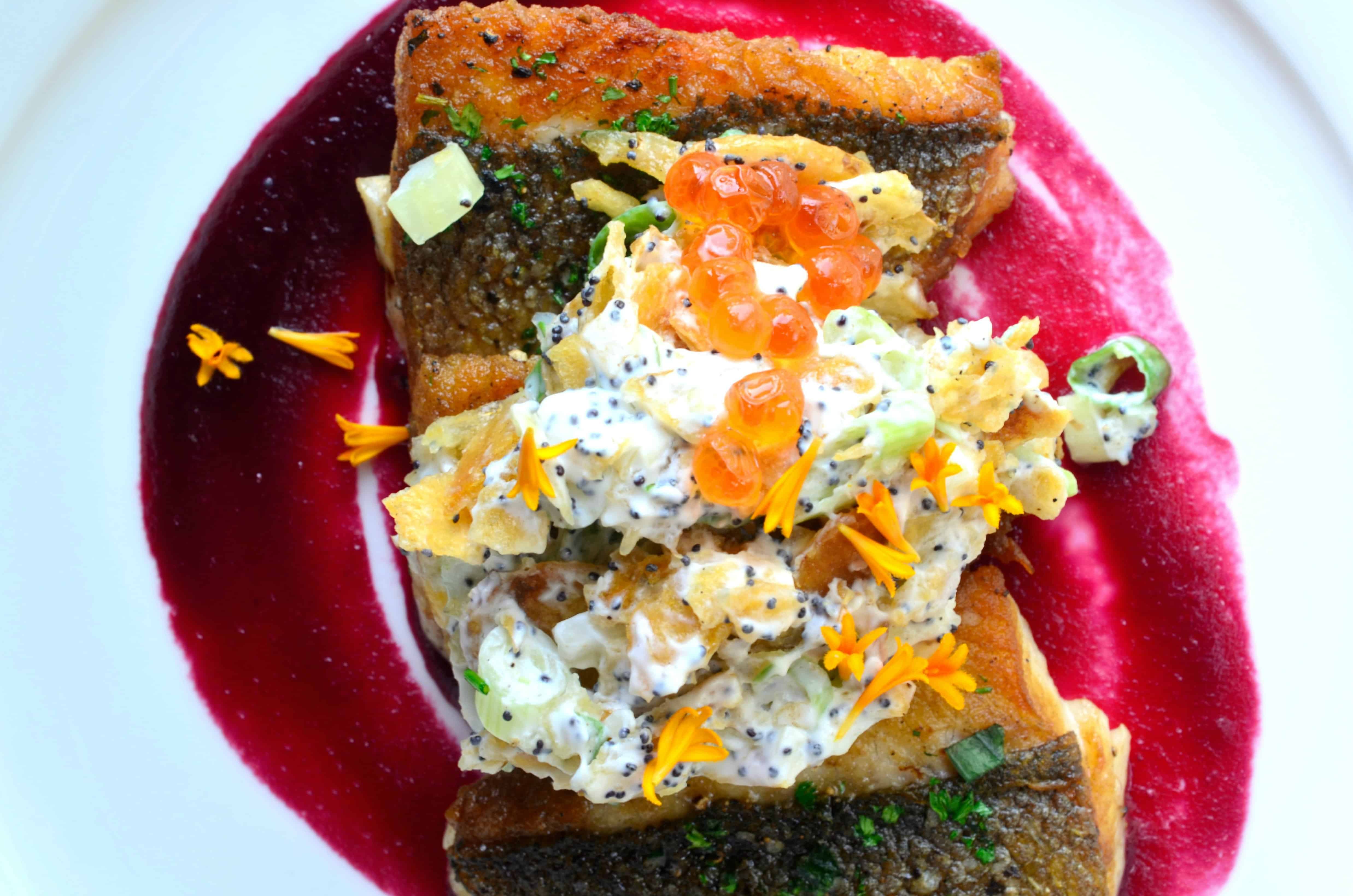 Pin It
My roommate ordered the entrée though, which I personally favor out of every Supper choice – the bronzini (another white fish) with crispy potato salad and poppyseed crema. That dish, is astounding. The fish is topped with a crusted outer layer, yet falls apart in your mouth, and is bathed in a semi-sweet beet puree. The crispy potato salad is actually small bits of homemade hand-fried potato chips (um, yes), which perfectly countered the tenderness of the bronzini. 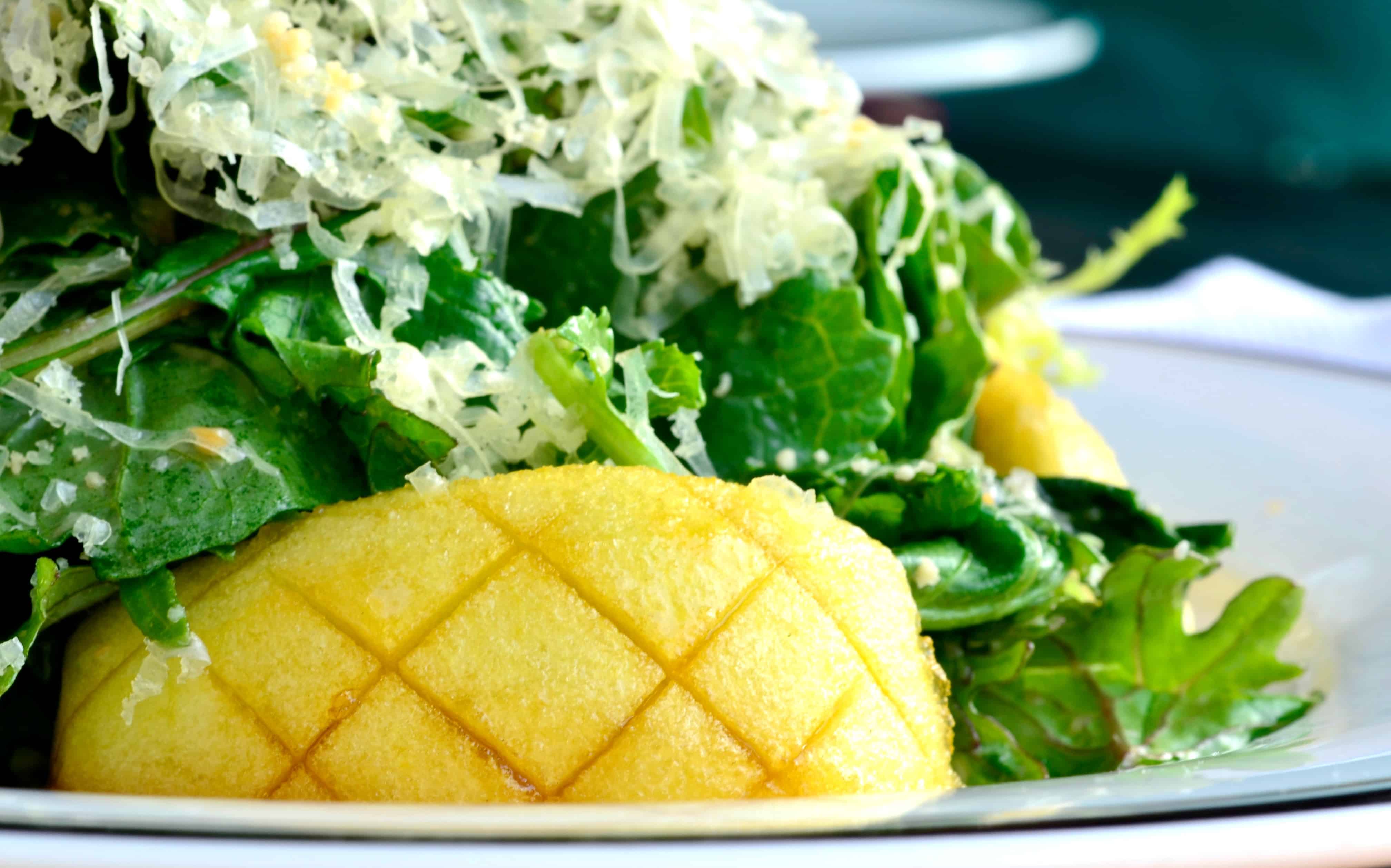 Pin It
A few other items we nibbled on included the caramel apple kale salad, with comte, quince, and marcona almonds, and the butterscotch cremeux with coconut ice cream, juniper fudge, black sesame, coriander, and pickled blackberries (life-changing). Both left us wanting a bit more, satisfied, and eager to return. General Manager Michael McClellan’s staff and Chef Brand’s imagination make this upscale downtown restaurant a must-try when visiting the Alamo city, so be sure to swing by for some Supper.