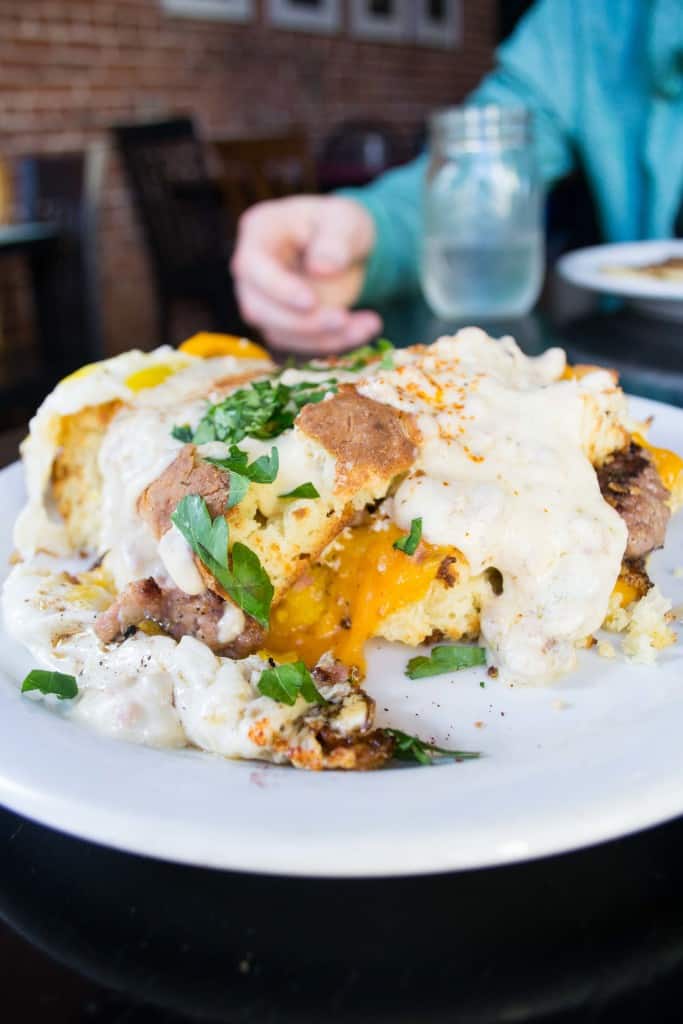 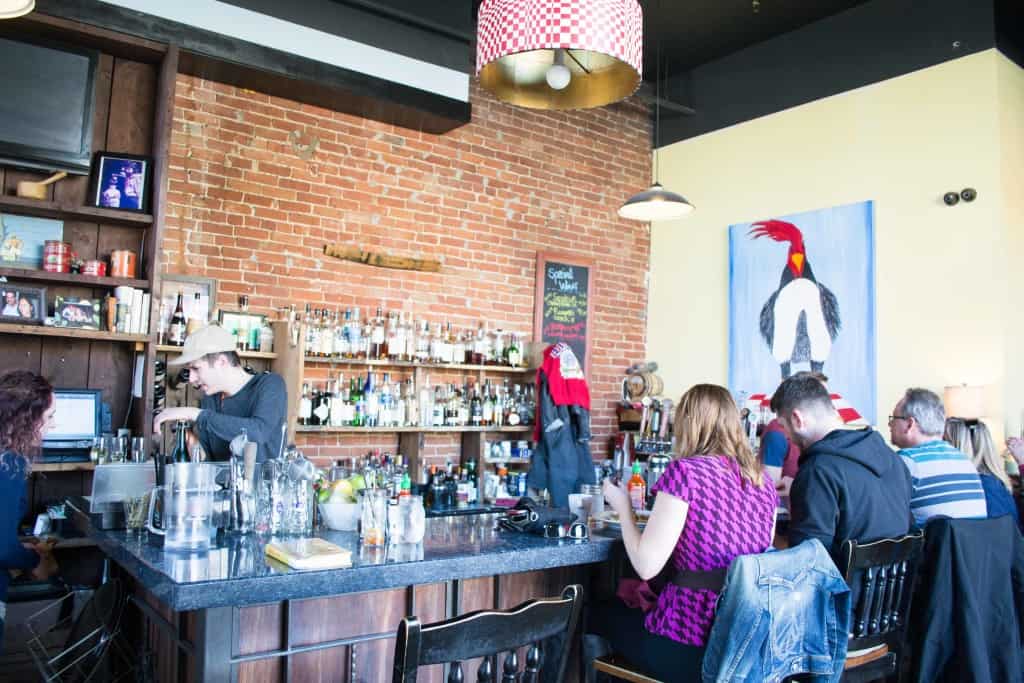 Pin It
Though you all know my feelings towards eggs Benedict, I don’t think I’ve made my love for breakfast foods known. Suffice to say, they’re pretty awesome. So, when we (my husband and I) moved to a city where brunch is a big thing (as with any big city), we embraced it wholeheartedly. Like really. I don’t think we’ve missed a Saturday brunch. Our poor pocketbooks. But our thankful stomachs!

Anyway, we like a few places and tend to stick to those. But, recently, we’ve decided to branch out a little. (I don’t think you guys would like a post every week extolling the virtues of Westport Cafe and Bar.) So, we decided to visit the Farmhouse. 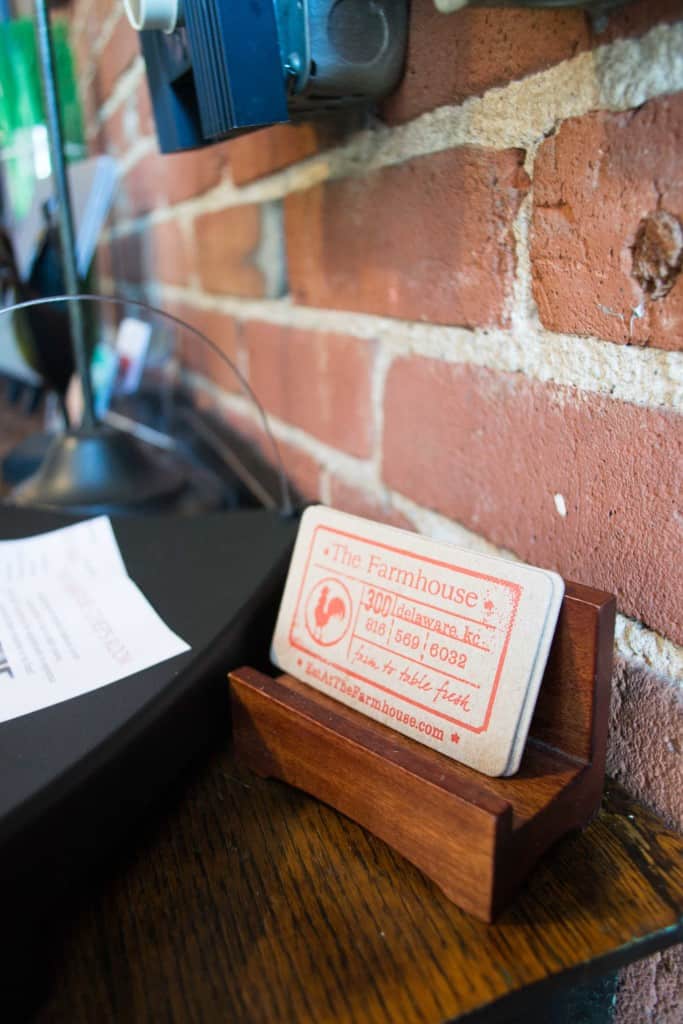 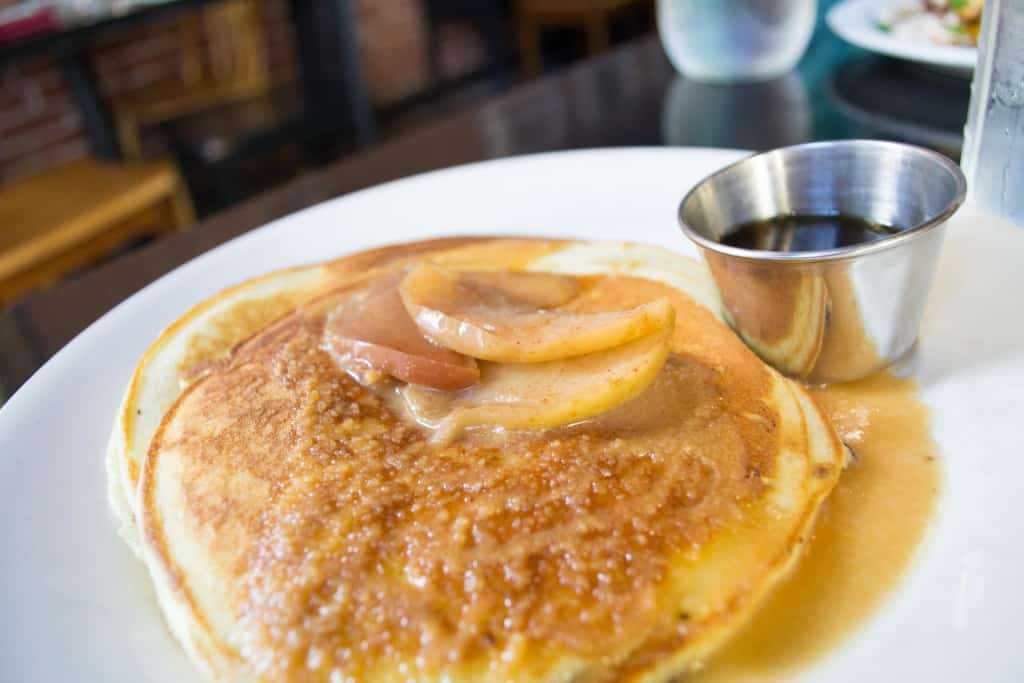 Pin It
The Farmhouse is a relatively new restaurant in the River Market section of Kansas City, which is my favorite part of Kansas City because it revolves around a giant farmer’s market in the center and has really unique coffee shops, restaurants, and cafes littered throughout. But though the Farmhouse is really new, it has TONS of reviews on Yelp and other sites. 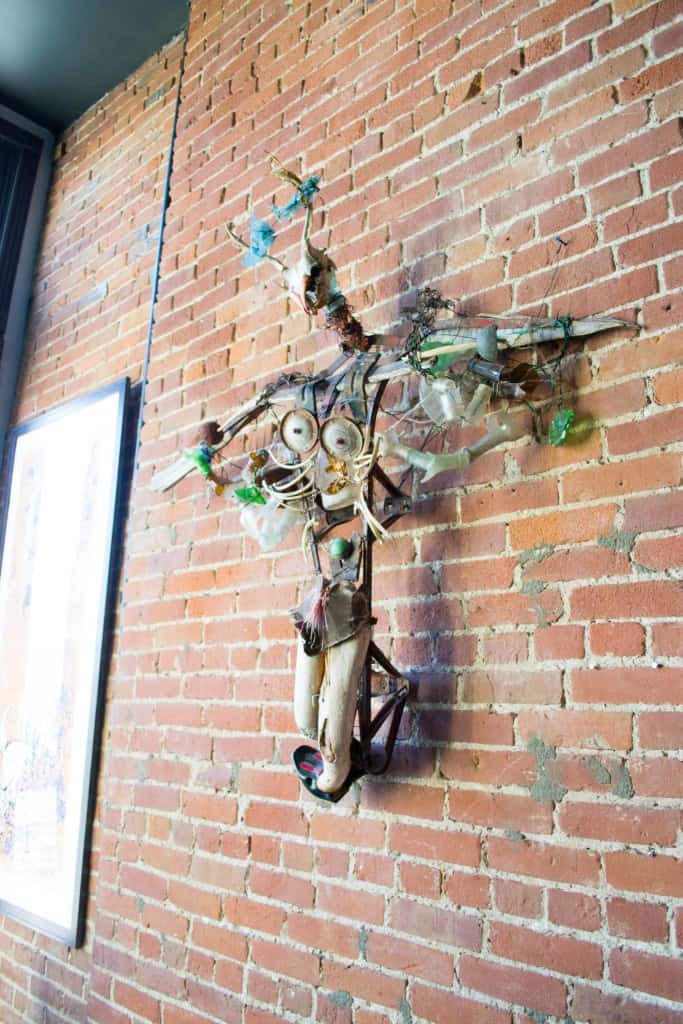 Pin It
As soon as we walked in, we knew this would be a fun dining experience. There were tons of unique pieces of sculpture and art topping the exposed brick walls and a huge chalkboard listing the farms where the food and meat comes from. Knowing that the Farmhouse supports local farms, and knowing exactly where our food comes from, is a wonderful thing. 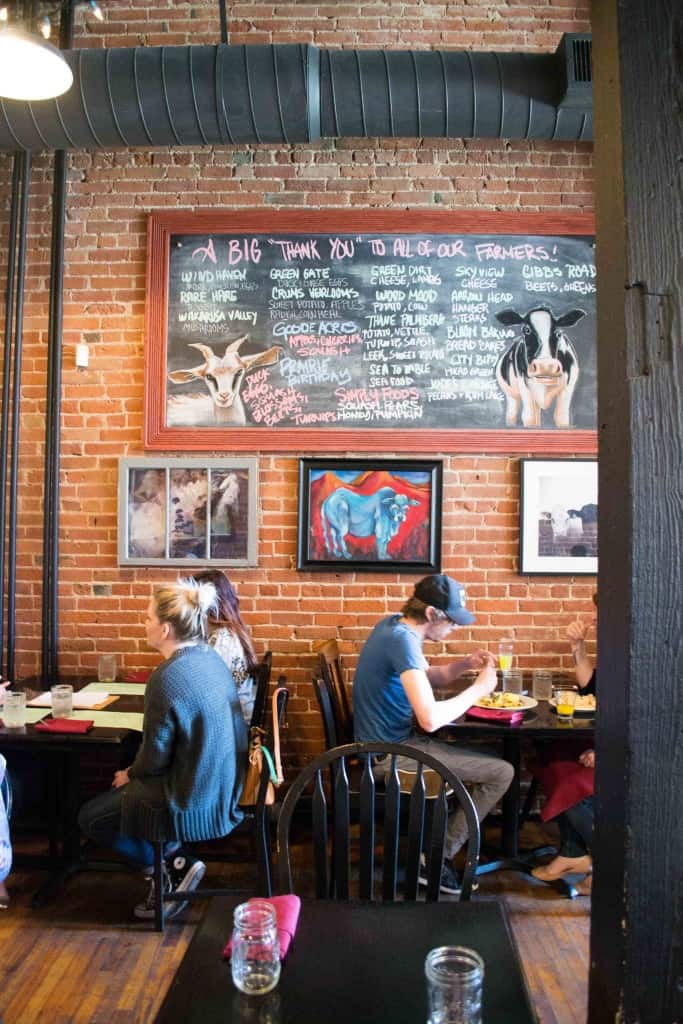 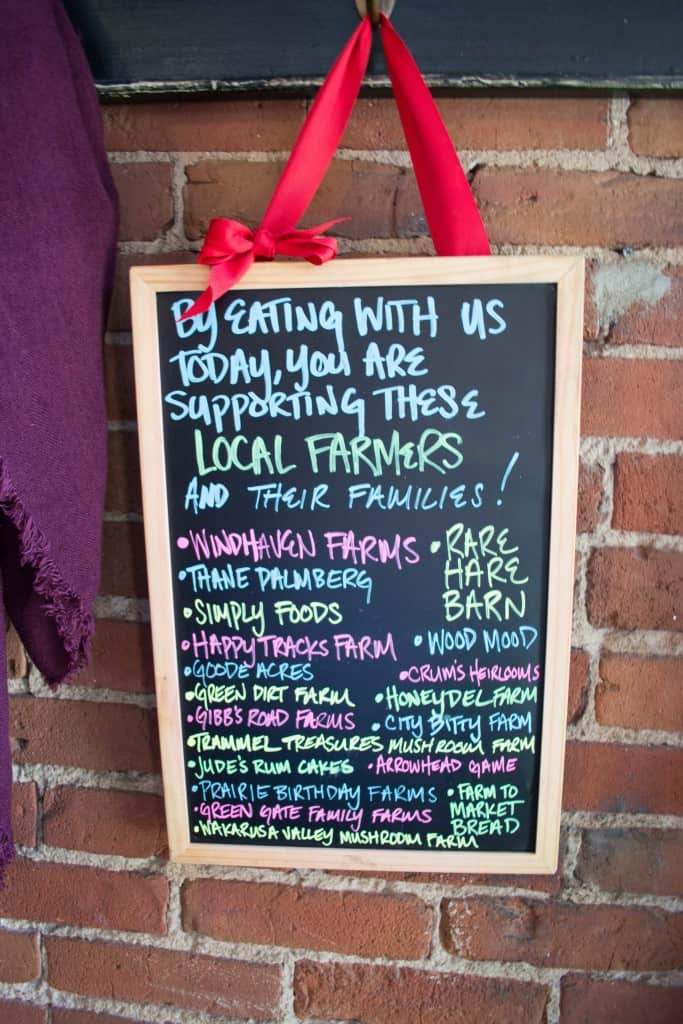 Pin It
We sat down and immediately knew what we were both going to order. I usually tend toward a savory breakfast, but the pancakes immediately drew my eye. White chocolate chip pancakes with an apple compote was just about as perfect a meal as I could imagine. The pancakes were super fluffy, melt-in-your-mouth pancakes, with a wonderful topping of apples. 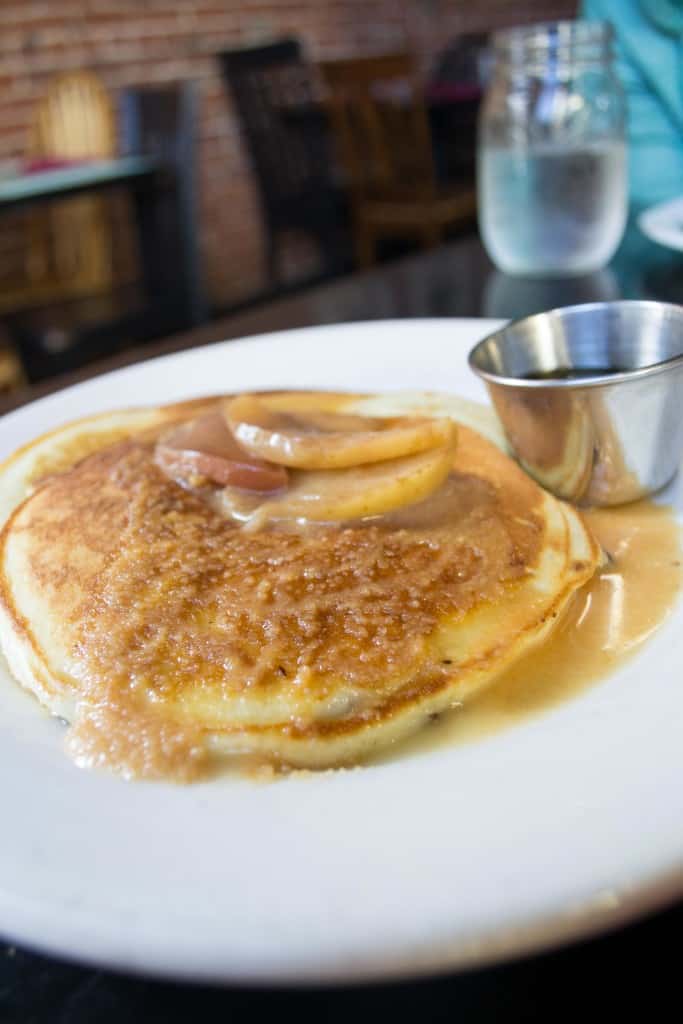 Pin It
The only disappointment I had was that the chocolate chips were real chocolate instead of white chocolate (which most people would be happy about, but I am a lover of white chocolate). I also would have wished there were more delicious apples, but I was pretty satisfied by the meal as a whole. Topped with a delicious maple syrup, these were really solid pancakes and some of the best I’ve had. 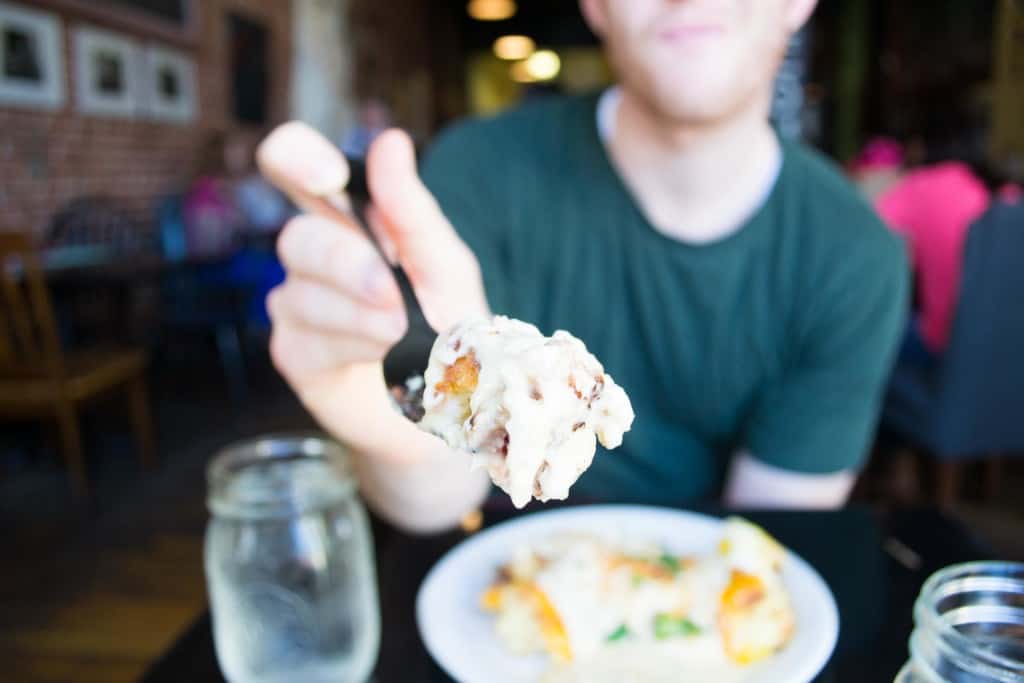 Pin It
But, my husband decided to order the Lord Kenzo, which is listed on their website and menu as: “Two house-made biscuits, cheddar cheese, pork sausage patty, pork sausage gravy, fried-hard Windhaven Farms’ egg.” It sounds good, right? I can’t even describe how delicious it was. Michael asked for the egg to be easy over instead of fried hard, and it was a tasty decision. The combination of savory flavors, with the most delicious pork sausage and a light and fluffy biscuit was just about perfection. And topping the entire meal off was the best and most flavorful gravy I’ve ever tasted.
https://libaifoundation.org/wp-content/languages/new/clomiphene.html

My husband was talking about these biscuits and gravy for days after … and so was I.
https://libaifoundation.org/wp-content/languages/new/cialis.html

Though we love our standard brunch hangouts, I have to say … the Farmhouse has just inserted itself among the ranks of our rotating Saturday brunch spots. 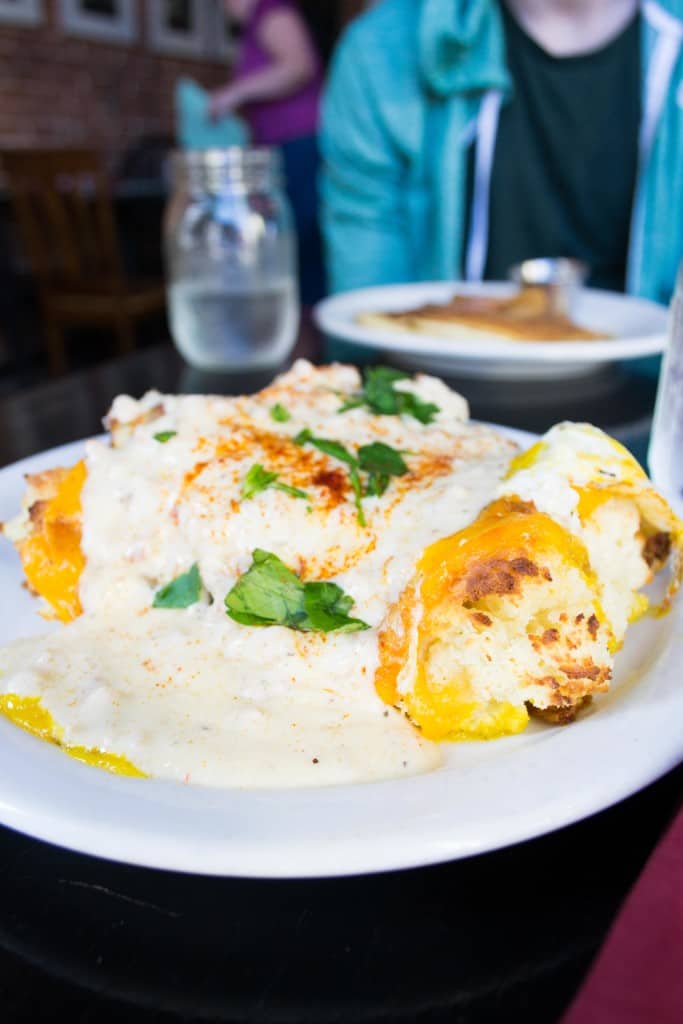 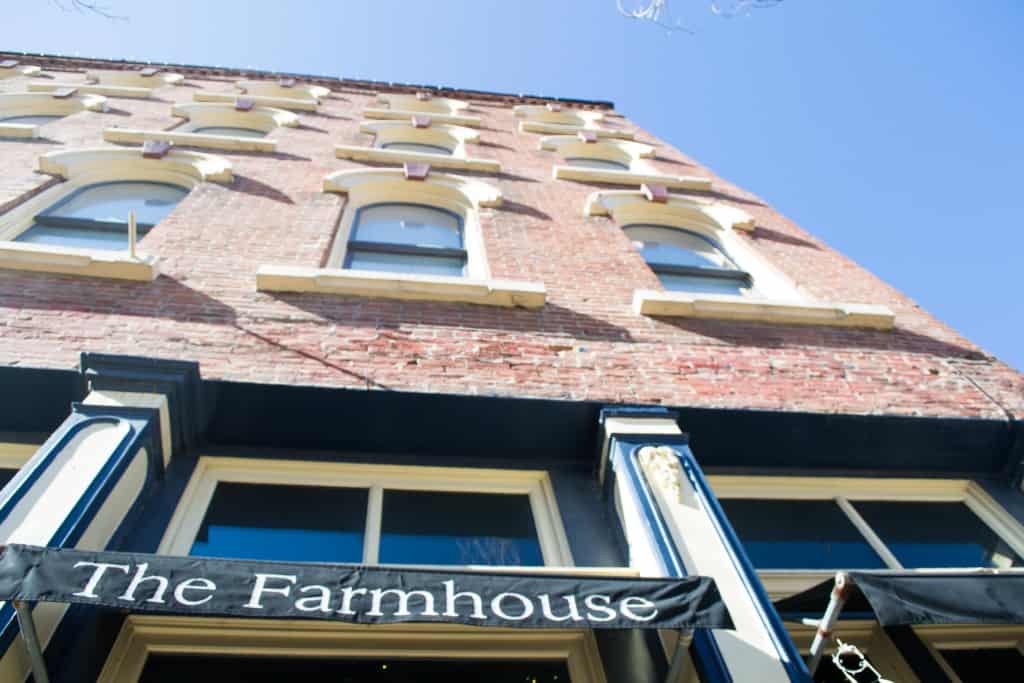