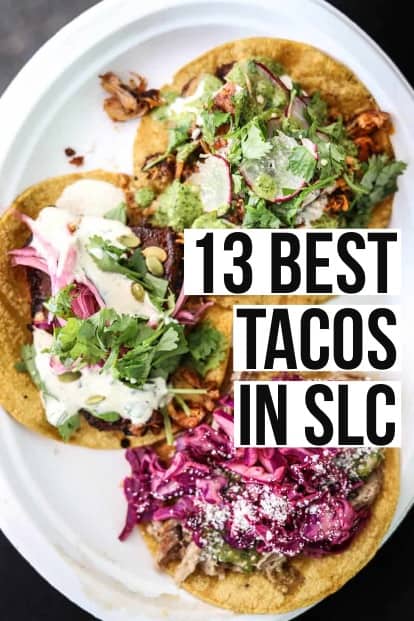 Salt Lake City isn’t known for its tacos. It isn’t a taco city like Austin, San Antonio, Los Angeles, or even New York City. Furthermore, there are a lot of overrated, underwhelming taquerias in town, serving tacos with the same Sysco tortillas and overcooked, dry meat. Sounds pessimistic but it’s the honest truth.

All this to say that we’ve done the heavy lifting and sampled dozens (and dozens) of every plausible and potentially noteworthy taco in town so that we could bring you this trustworthy, definitive guide to the very best tacos in SLC. Ready to get your taco on? Let’s begin.

READ NEXT: 15 BEST RESTAURANTS IN SLC 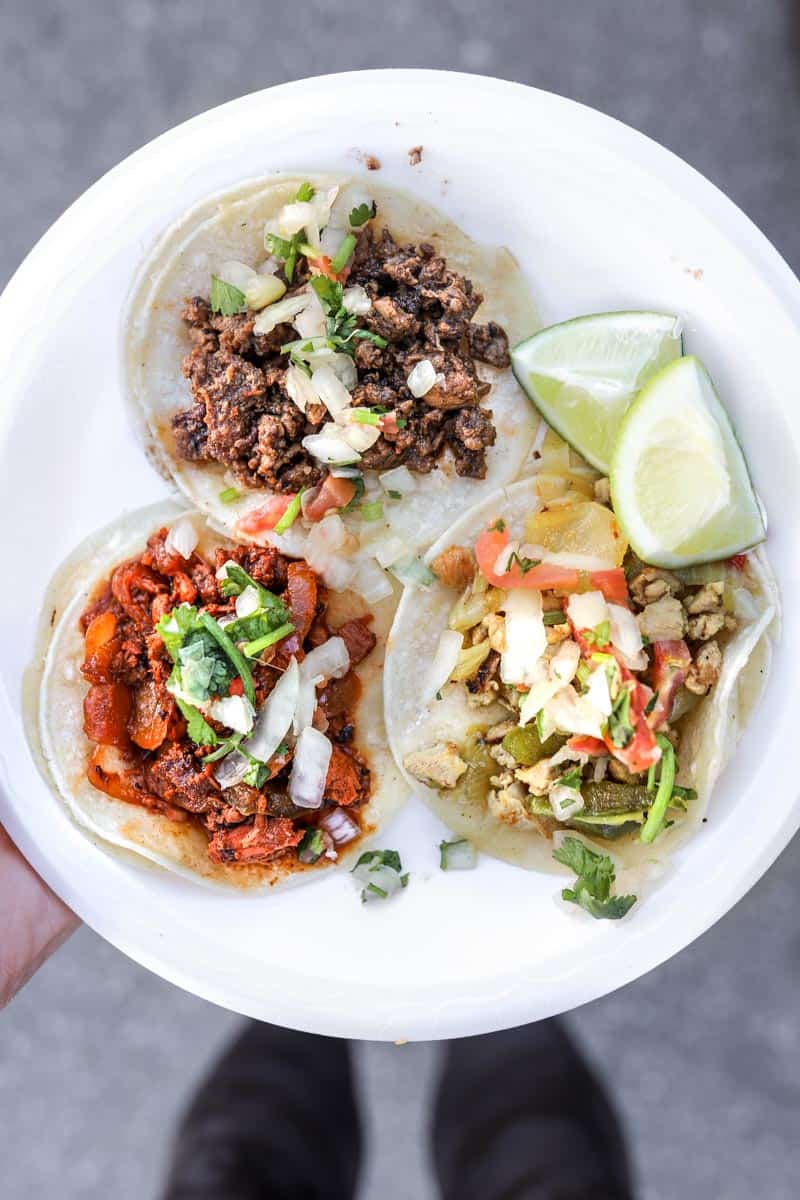 There are several taco stands scattered throughout the Salt Lake valley, and (spoiler alert) they aren’t created equally. Our favorite of all these inexpensive, quick-and-easy taco stands is Tacos Don Rafa. Located on state street right in front of the old Sears location downtown, this simple taco stand serves flavorful, delicious street tacos for a whopping $1.50 per taco. Favorite tacos include the pastor, carne asada, and pollo en mole. Don’t forget to hit up the condiment cooler after getting your tacos, after which you should top each of your tacos with a good amount of pico de gallo, salsa verde, and pickled vegetables. 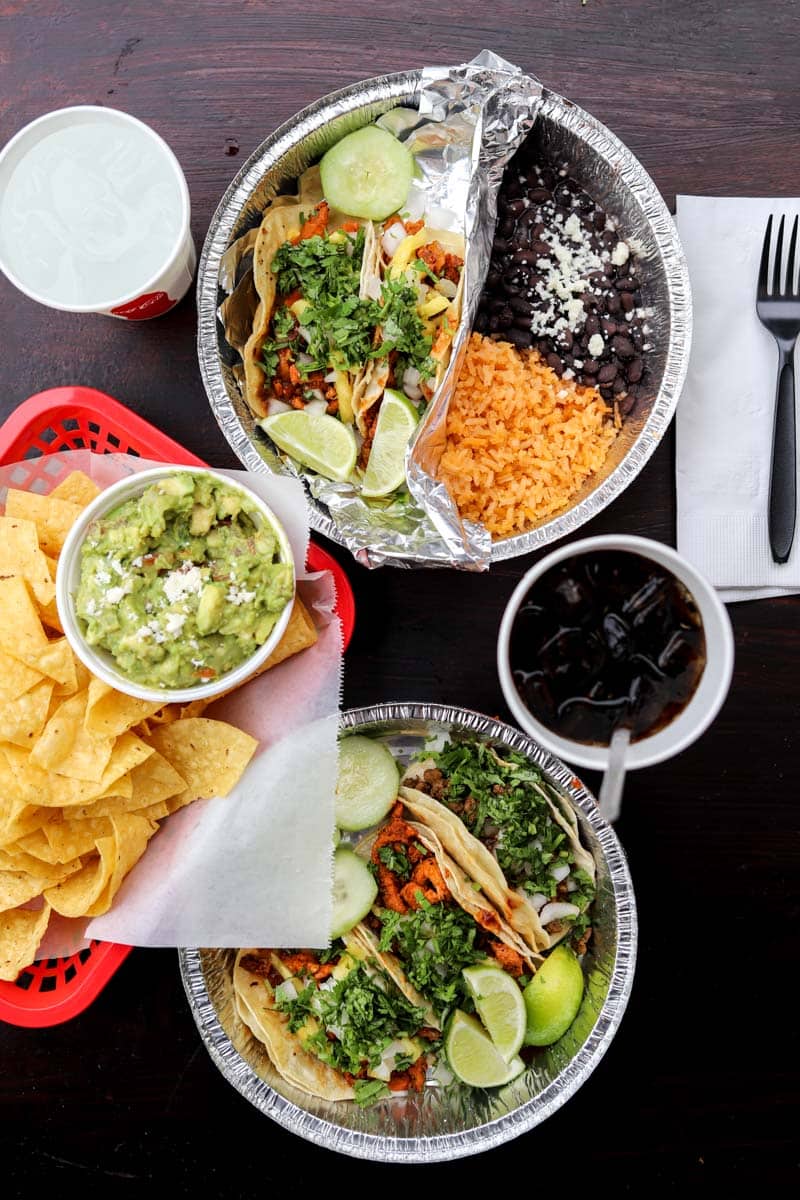 Chunga’s is one of our favorite spots in Salt Lake City for consistent, delicious tacos al pastor in Salt Lake City. With two locations in the Salt Lake valley, Chunga’s serves traditional al pastor: spit-grilled pork, chock full of flavor, and awesome texture. You can enjoy your al pastor in a myriad of ways at Chunga’s but, of course, we’re here for the tacos. Get them with pineapple, cilantro, and onions, and don’t forget to order some of their salsa chipotle or guacamole to enjoy with chips! 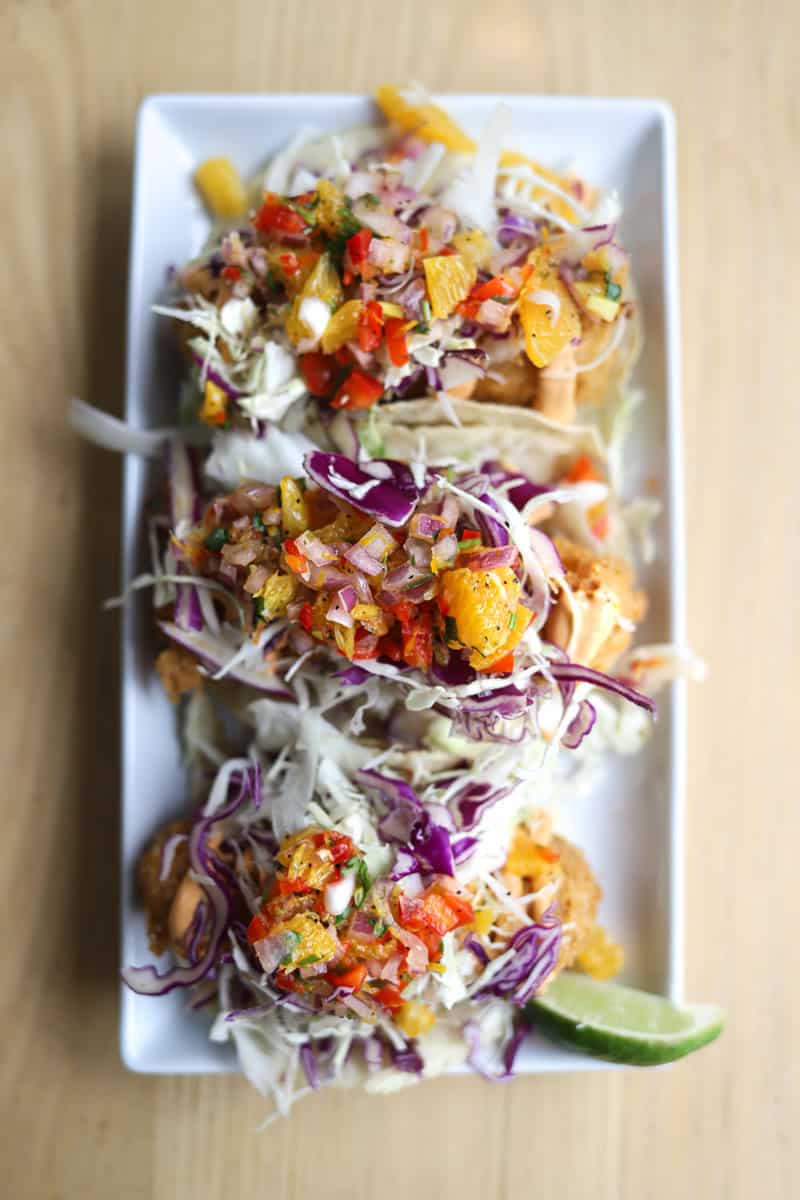 Boltcutter is the best vegan restaurant in Salt Lake City, so it’s no surprise that they also serve the best vegan tacos in town. Whether you eat a plant-based diet or not, these tacos are fantastic. Get the Baja tacos, reminiscent of crispy fish tacos– their texture and flavor is our favorite of all of the tacos offered at Boltcutter. These tacos are made with beer-battered citrus tempeh, chipotle crema, habanero citrus salsa, cabbage, cilantro, and housemade corn tortillas. 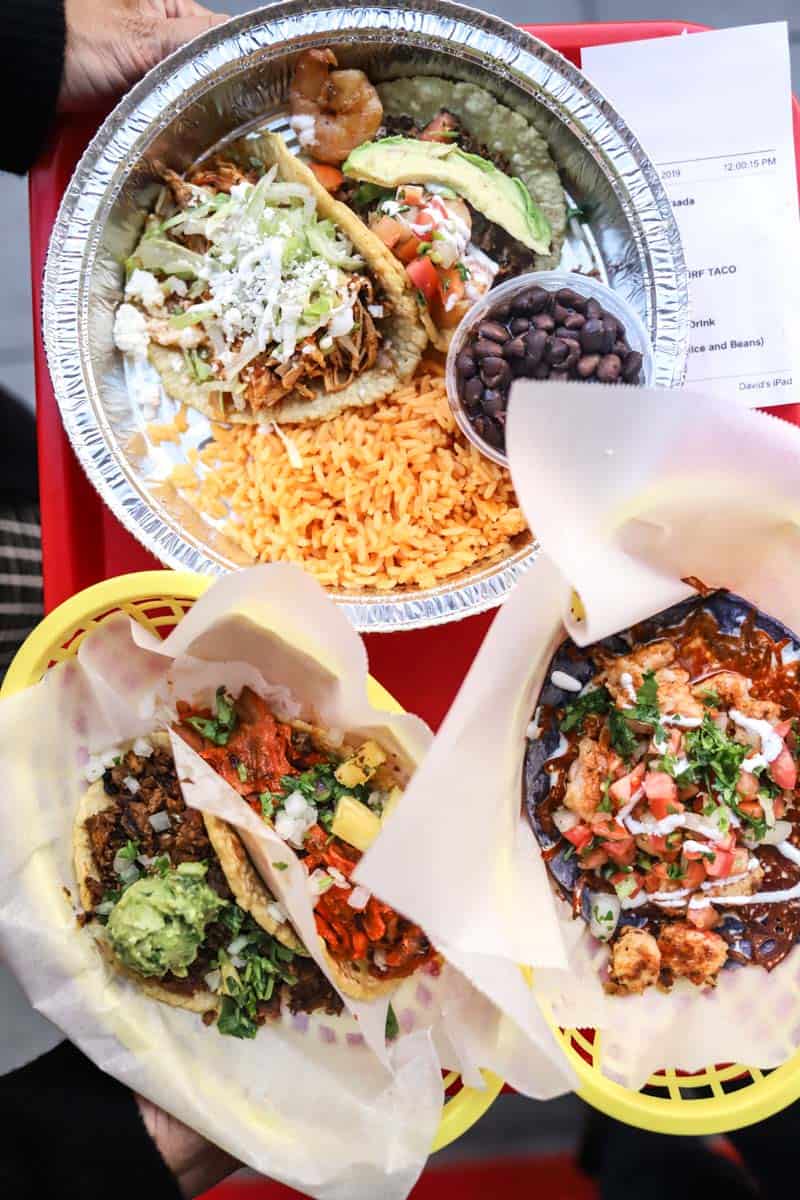 Maize is one of our favorite spots for getting tacos downtown in Salt Lake City. They have a great mix of traditional and unconventional tacos on their menu, but no matter which tacos are calling our name on any given day, our favorite part about eating here are the homemade, hand-pressed corn tortillas, a rare treat in SLC. Favorite tacos include the al pastor, carne asada, and lobster.
https://pinnacle.berea.edu/wp-content/languages/new/online-writer.html 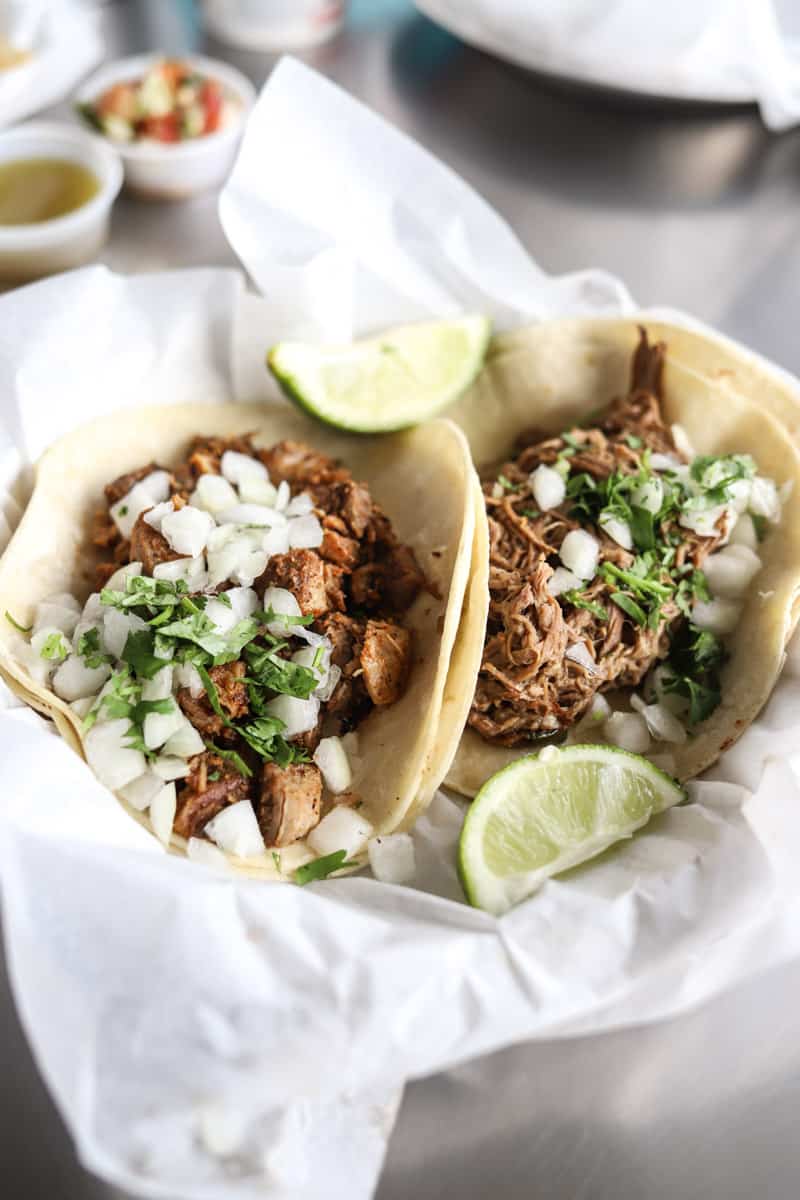 Lone Star Taqueria not only serves some of the best tacos in SLC, but they also have a drive-thru, which makes them one of the most accessible, perfect on-the-go spots in town. Lone Star has won awards for their fish tacos, with delicious rotating “catch of the day” creations, but our favorite taco here is the shredded beef. The meat is the juiciest and most flavorful of all the tacos offered at Lone Star, but rest assured that no matter your selection this is a consistent, delicious spot for tacos in SLC. Don’t eat here without getting some of their chips and guac! 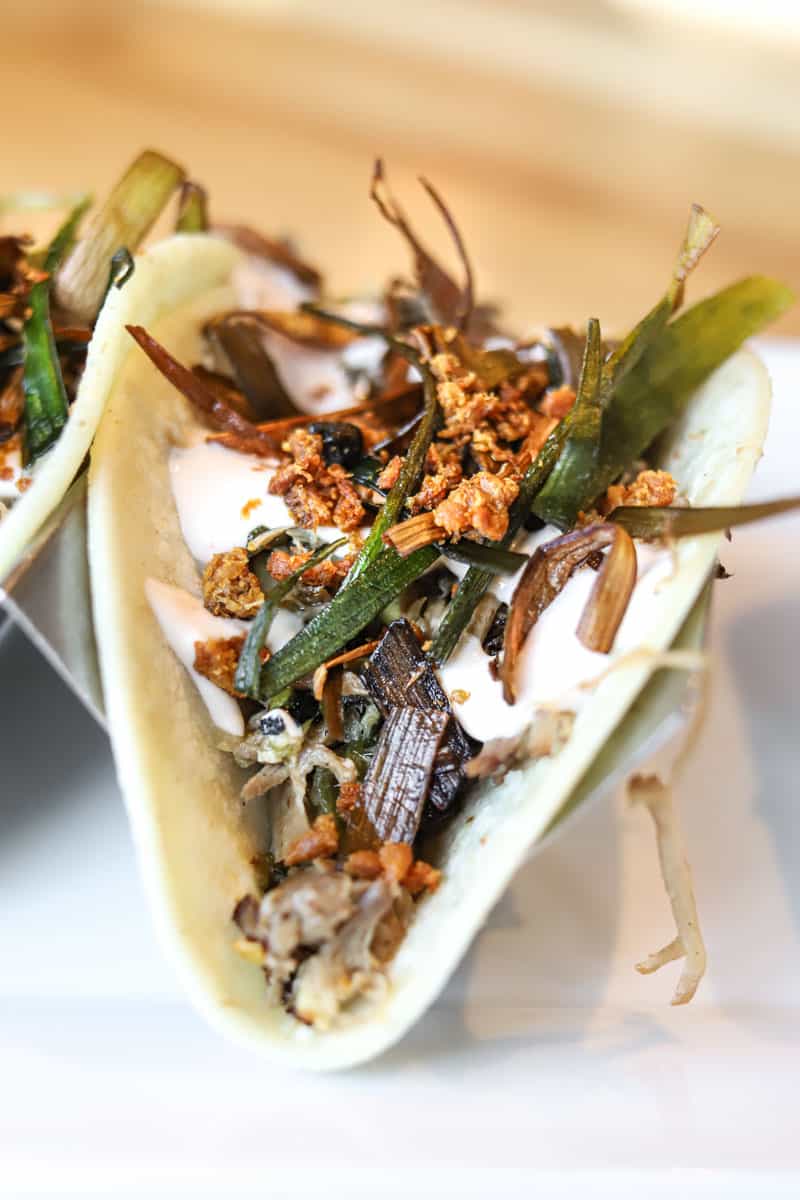 Taqueria 27 has been a staple in Salt Lake City for several years. You’re coming here for upscale Mexican food and some of SLC’s best taco offerings. Always start every meal at Taqueria 27 with some of their homemade guacamole– they have standard guac or a different special every day. Favorite tacos here include the duck confit tacos with crispy leaks and chipotle crema, or the chile citrus carnitas tacos, made with slow-roasted, shredded carnitas that are wonderfully juicy and flavorful. Taqueria 27 has three locations in the Salt Lake Valley, but our favorite of the three is their Holladay location next to Caputo’s. 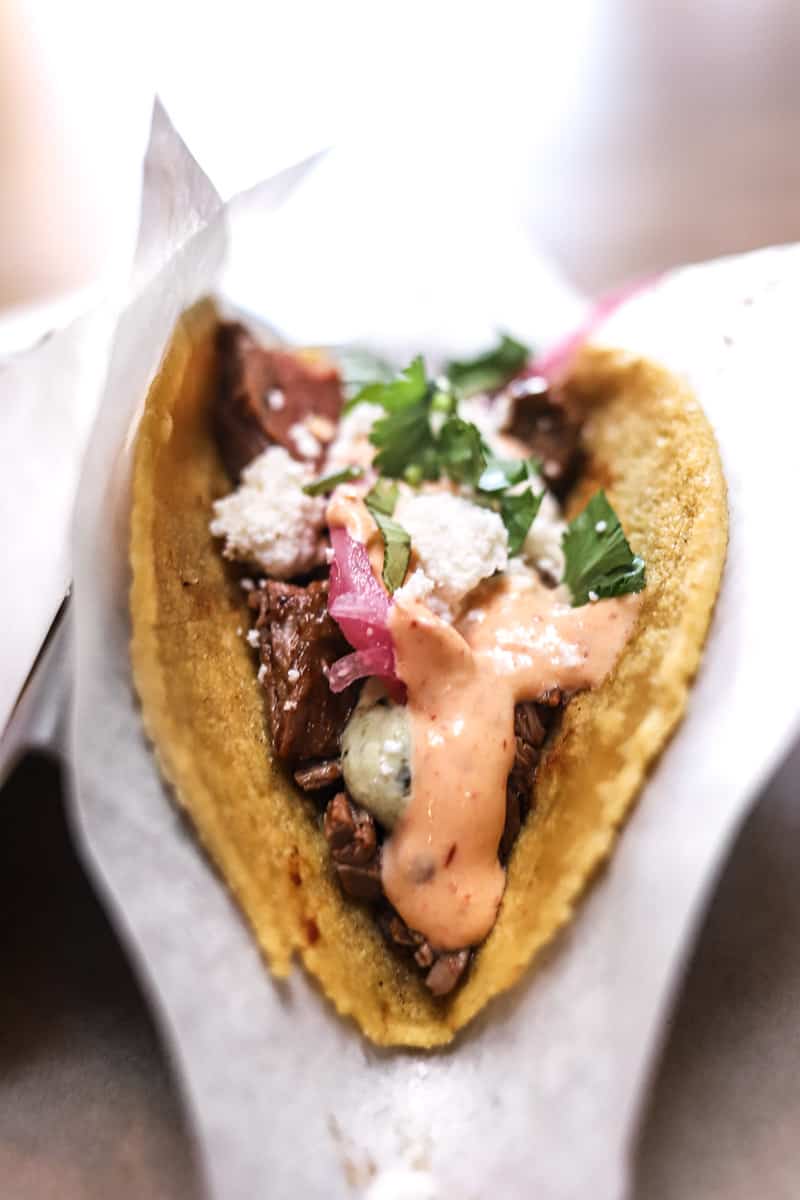 Roctaco is brand new in town, and they’re already known by many as serving some of the best tacos in Salt Lake City. Located on Edison street downtown, Roctaco serves a variety of unconventional “freestyle tacos” like you’ve never had anywhere else. Come here for flavor profiles you typically wouldn’t find in a taco like Tex-Mex, Korean, Indian, Vietnamese, and more. Our favorite taco is the Rude Bull, a carne asada taco with avocado crema, chipotle lime, creamy avocado cilantro sauce, pickled onions, queso fresco, and cilantro. 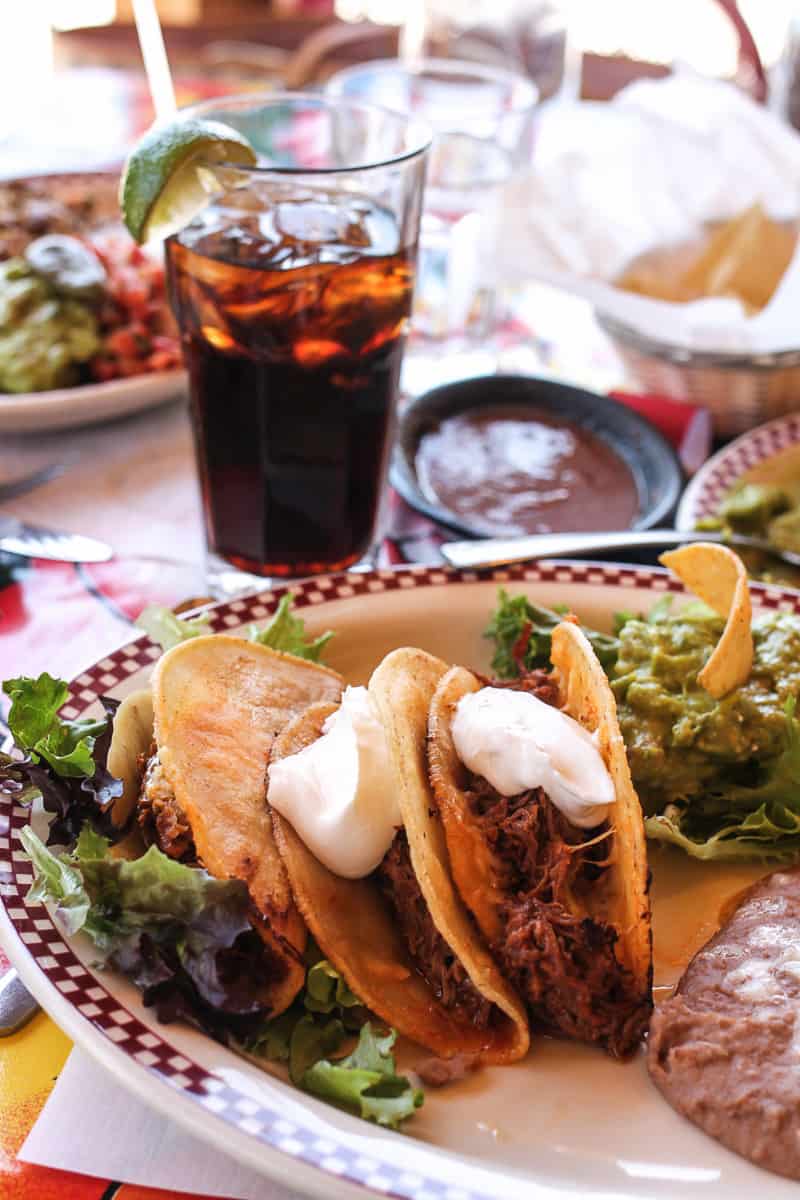 Red Iguana is beloved by many Salt Lake City natives for some of the best Mexican food in town. Some love Red Iguana for their in-house specialties (we’re looking at you Puntas de Filete a la Norteña), others love them for their signature moles, but often overlooked are their tacos. The Tacos Don Ramon are their most popular order, but our favorite tacos at Red Iguana are unquestionably the Tacos La Iguana.
https://www.calmandgentledentalcare.co.uk/wp-content/languages/new/finasteride.html

Three grilled corn tortillas are filled with juicy, flavorful shredded beef, and topped with melted jack cheese and sour cream, and served with a dollop of homemade guac on the side. In short: they’re terribly addicting. 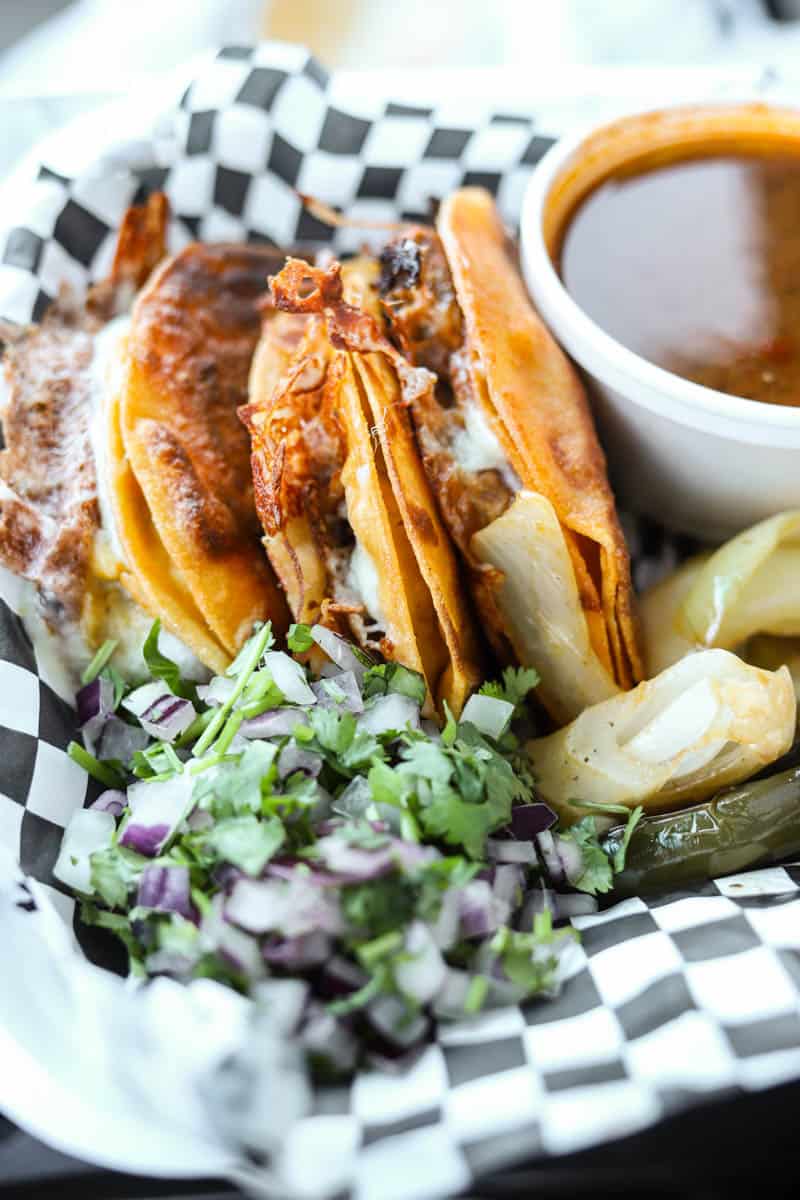 Los Tapatios is located right next to the Rancho Market on 900 West, just west of downtown Salt Lake City. Their entire menu is dedicated to birria (juicy, slow-cooked beef) from quesadillas to burritos to tacos and even ramen. Back to the tacos– every order of birria tacos con consome is served on double-stacked, crispy tacos, and is filled with juicy, perfect, moist beef, and cheese. The consome (beef juice served on the side for dipping) is fantastic, and we love that Los Tapatios serves their tacos with delectable grilled vegetables on the side.
https://pinnacle.berea.edu/wp-content/languages/new/write-essay-online.html 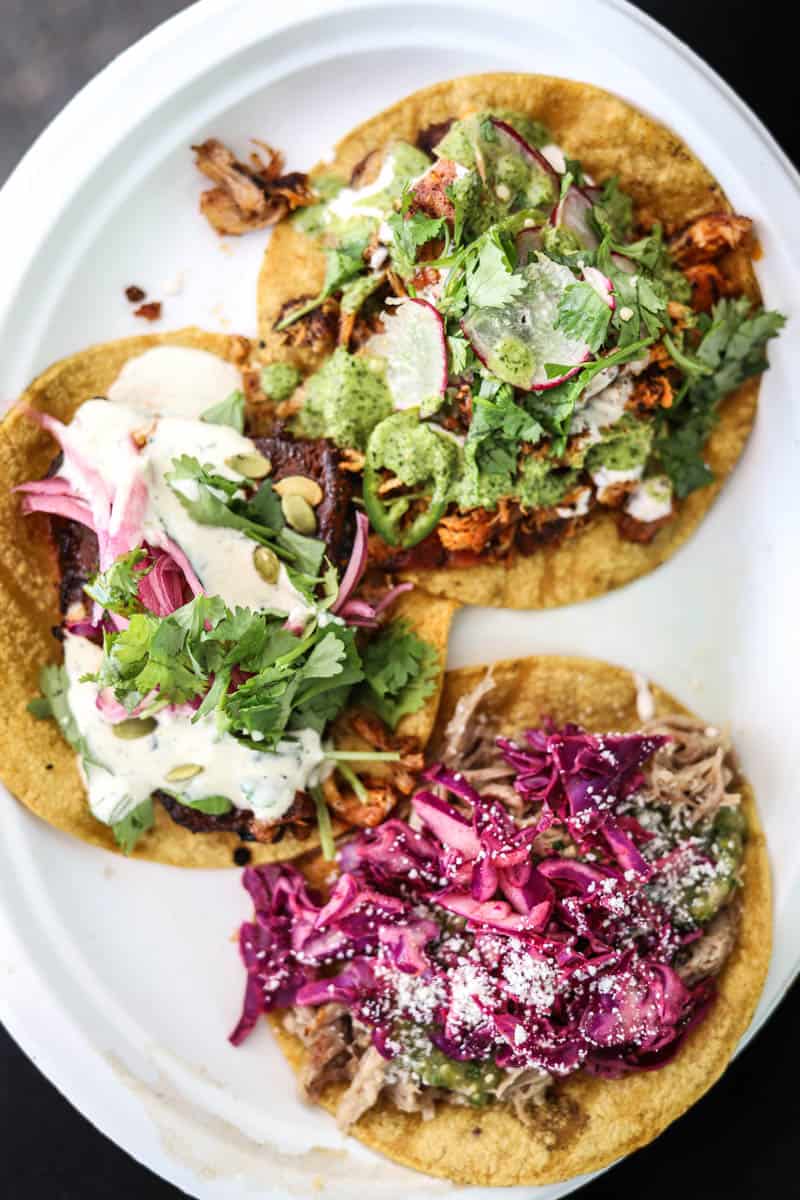 Facil Taqueria is a former food truck and soon-to-be brick and mortar (coming summer of 2021!)  that serves some of the best tacos in Salt Lake City. The tacos at Facil are some of the most flavorful, juiciest tacos in town (nothing worse than a dry taco), and they do a great job of achieving the perfect balance between decadent richness and acidity in every taco. The pork belly taco is our favorite taco to get here, with some seriously addicting flavor and the perfect char on every piece of meat. 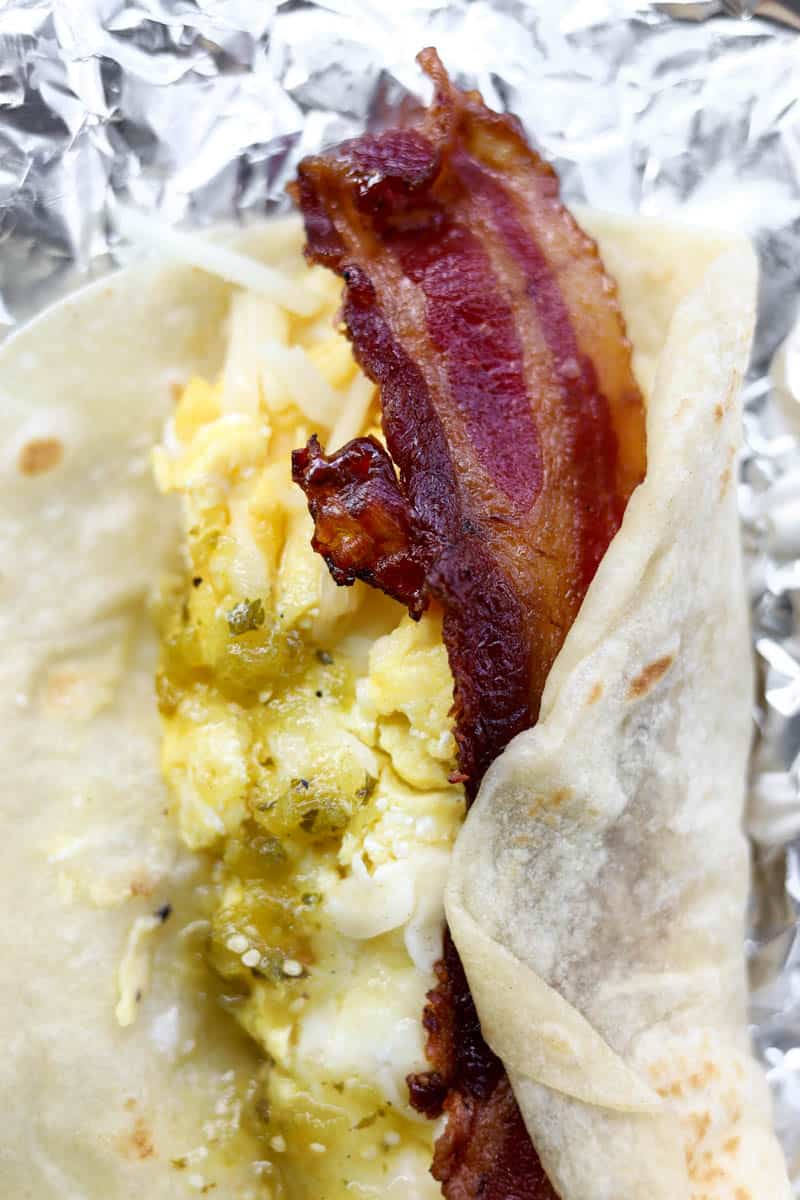 When in SLC, breakfast tacos might not be on your radar at all, but now they should be. Recently opened in 2020, La Barba Coffee and Breakfast Tacos not only serves some of the first legit breakfast tacos in Salt Lake City, but absolutely swoon-worthy breakfast tacos. First and foremost, they make their tortillas. High-quality, handmade, heavenly flour tortillas in SLC are about as common as a ripe peach on a December day, and these are as good as they come. Each breakfast taco is served with perfectly scrambled eggs, homemade salsas, and your choice of toppings. Our favorites are the bacon/egg/cheese and potato/egg/cheese tacos, but the chorizo and black bean tacos are quality options as well. 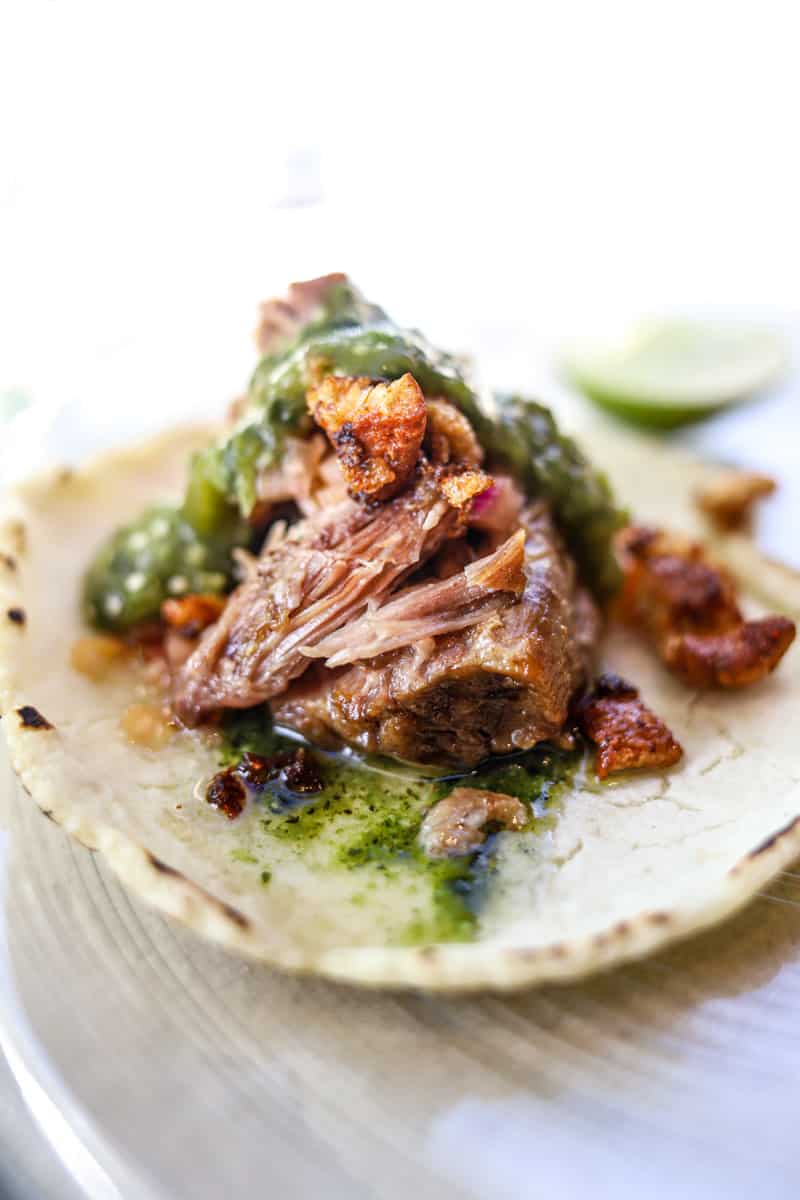 Recently transported from Utah County, Lola is our favorite new restaurant in Salt Lake City. Everything served on their rotating menu is consistently packed with flavor, texture, and utilizes seasonal ingredients when possible. The tacos, of course, are no exception, and they’re some of the very best in Salt Lake City. From the very first bite, you’ll see why this is a taco is a must-try in SLC. Current menu favs include the carnitas tacos (made with Berkshire pork), and the carne tacos (made with carne asada and homemade pickled vegetables). 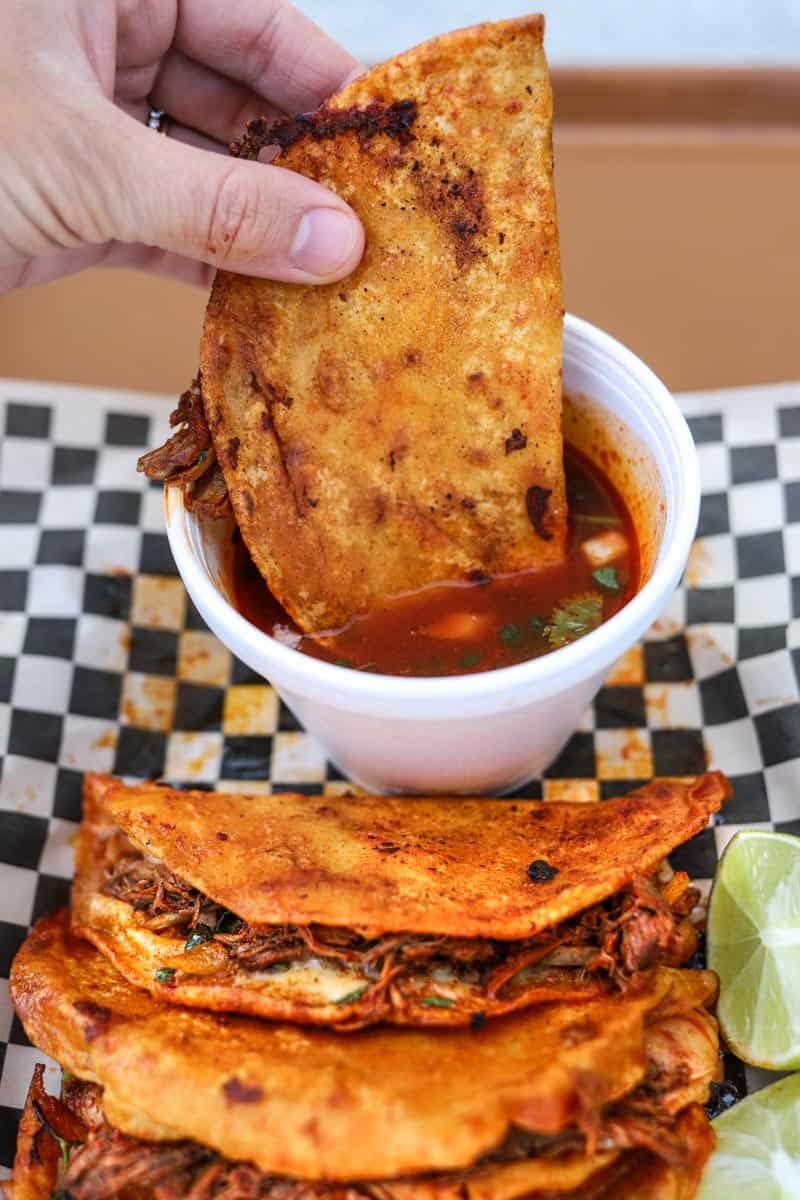 La Casa Del Tamale opened in Salt Lake City in 2020 and they’ve unanimously remained our favorite spot for tacos ever since. They have a plethora of fantastic tacos from traditional asada to pastor to pollo asado, but you’re here for the tacos de birria con consome. Picture this: juicy, flavorful beef tacos topped with melted cheese and housed in homemade corn tortillas. All tacos de birria are served with a side of consome (oh-so-flavorful juices from the beef) for your dipping delight. These tacos are hands down the best tacos in Salt Lake City. Try now, thank us later.