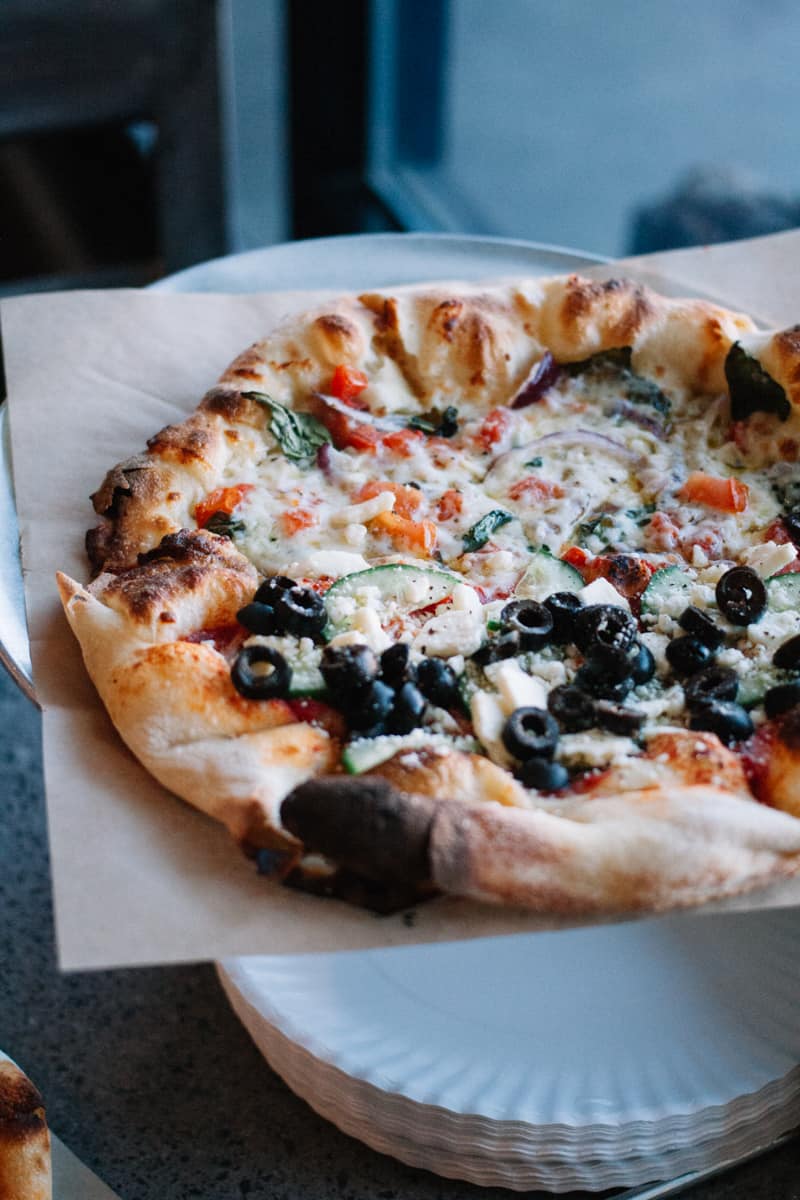 Hidden in unassuming, charming Cedar City, Utah lies an equally delightful and delicious family-owned restaurant known as the Pizza Cart. Since I always like to stop and indulge in Cedar City’s vibrant & little-known food scene on my way to St. George or Las Vegas, this was my destination a few weeks ago when I passed through.

The Pizza Cart started out as an actual cart, churning out pizzas in the Ace Hardware parking lot. The founders, Jason and Cindy Murray, built their first pizza oven in their backyard in 2009, and started selling pizzas on the street to fund their way through school. A few years later, they opened a full restaurant and the rest is history. 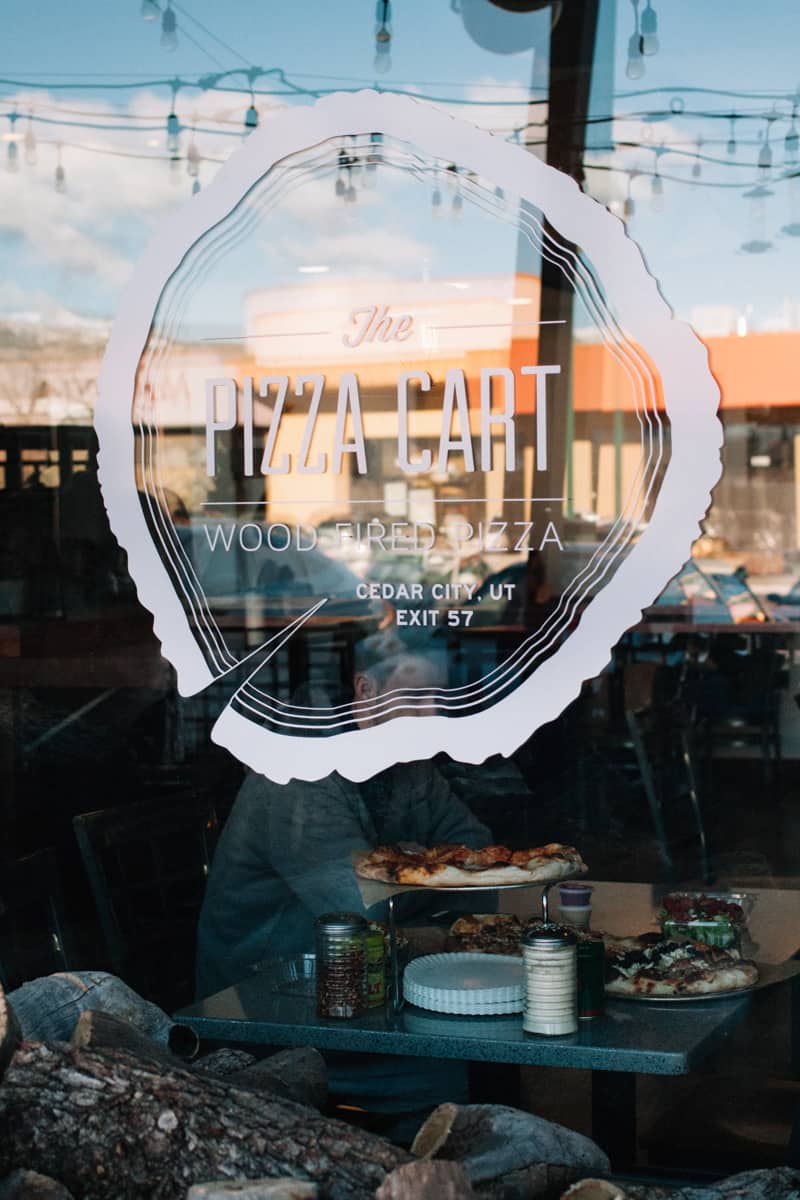 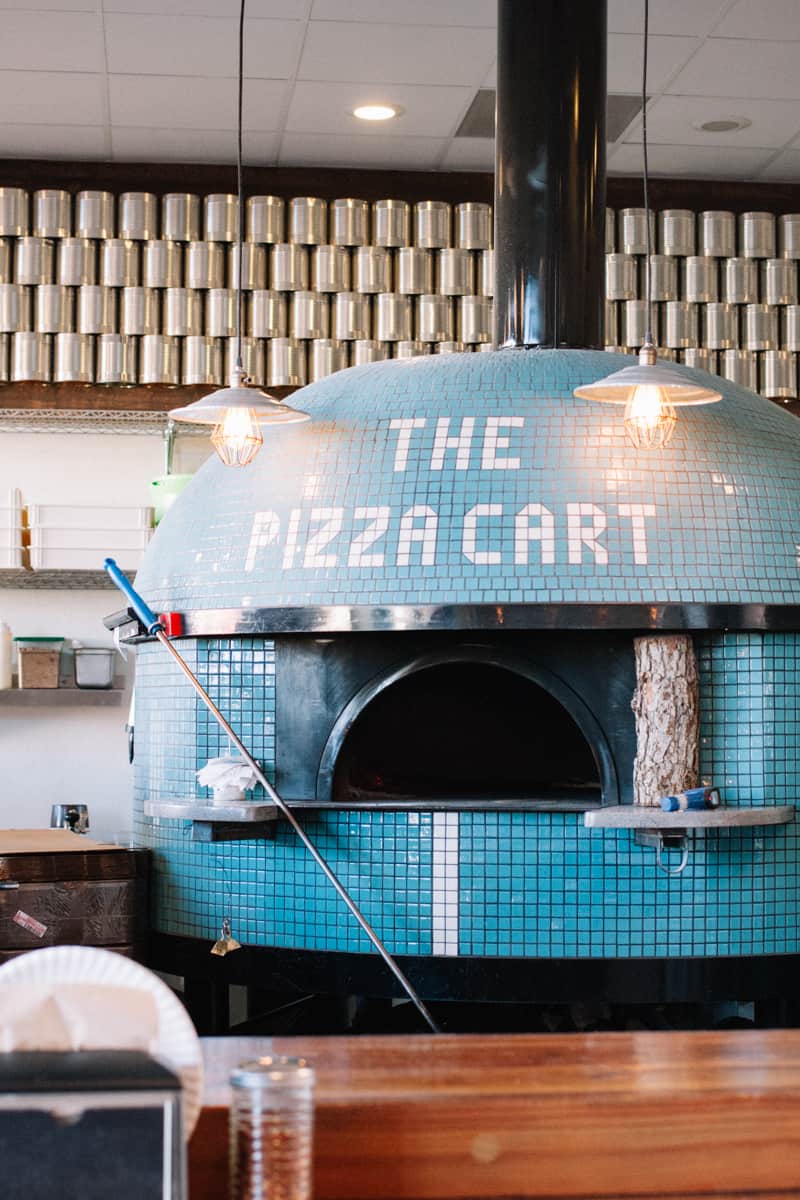 The best thing about the Pizza Cart, though, is their focus on family and their true love for their customers. Their service is amazing and sitting down at a table is like sitting down in your own home!

My friends and I arrived with the intent to try everything, and we definitely accomplished that goal. We started with the salads: the oriental chicken and the raspberry pecan. Both were delicious, but I was so in love with the house made berry vinaigrette on the raspberry pecan I was a little sad I had to put it down to move on to the pizzas! 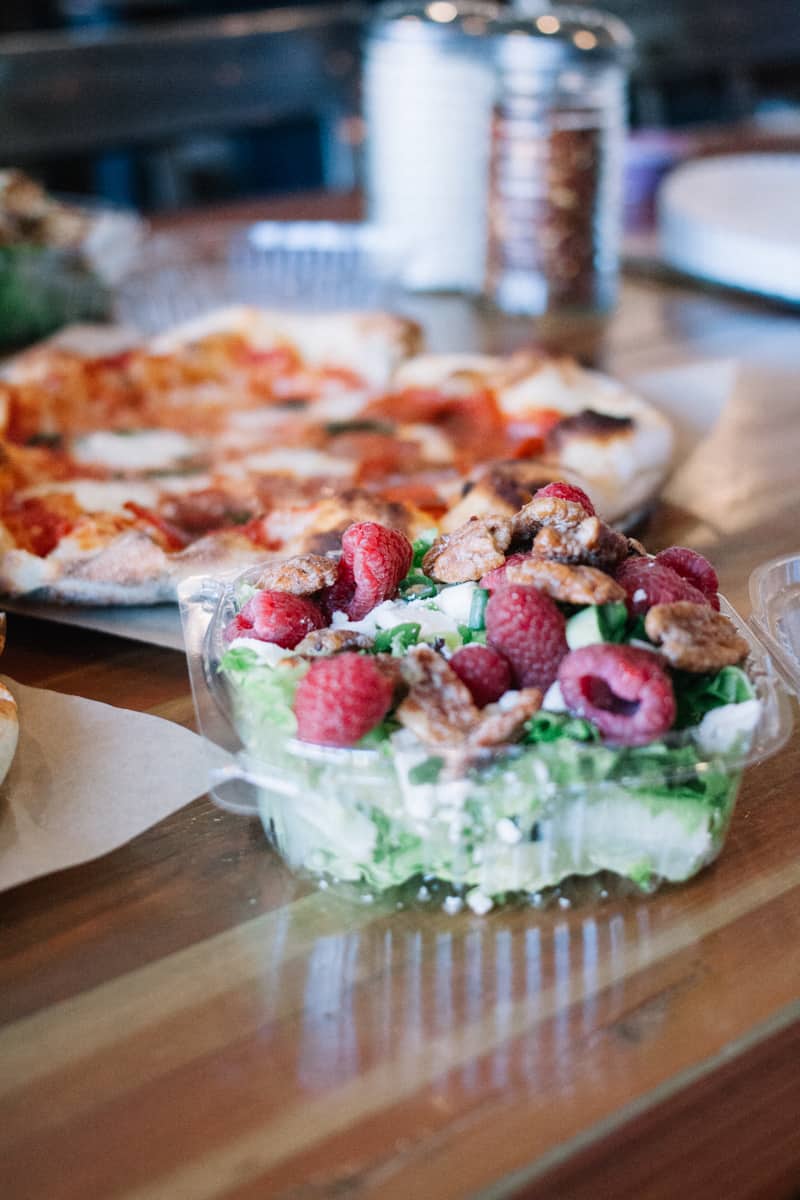 We ordered three pizzas and each of them were half and half, so we got to try six of their pizzas in all, including the margherita, margheroni (a margherita with pepperoni added – so good!), the greek, veggie lovers, chicken bacon ranch, and the pepperjack (one of their current specials). The dough is heavenly and wood-fired to perfection in their gorgeous stove. 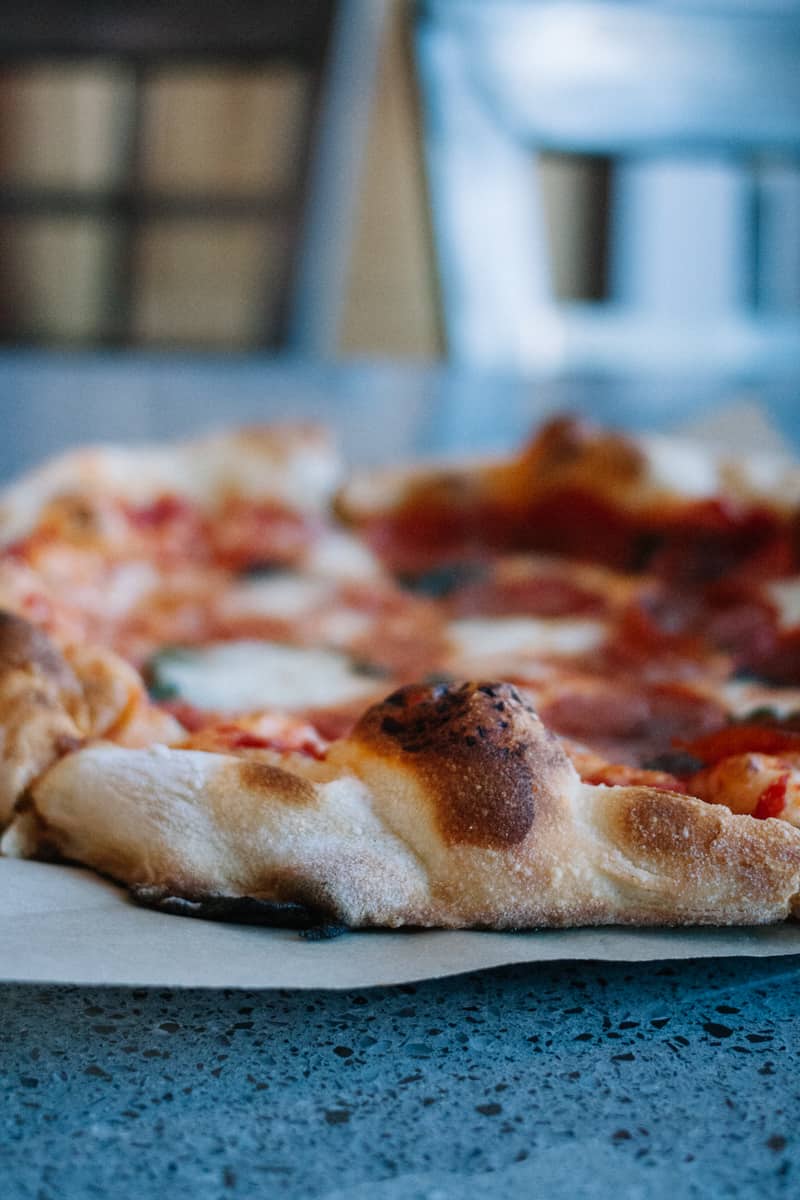 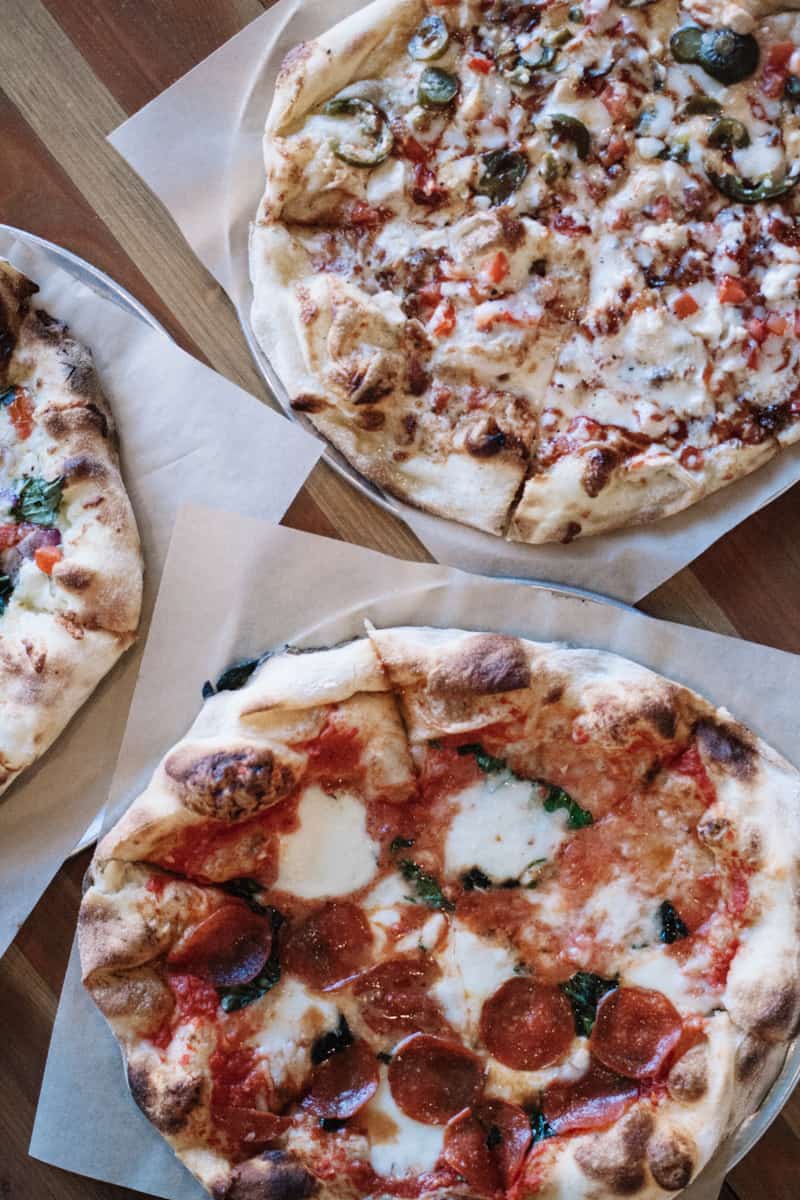 It’s hard to pick a favorite but if I had to choose, I would have to say the pepperjack. The cheese + jalapeno peppers give it the perfect amount of spice and flavor. A close second was the margheroni though – why haven’t I thought to put pepperoni on a margherita pizza before? 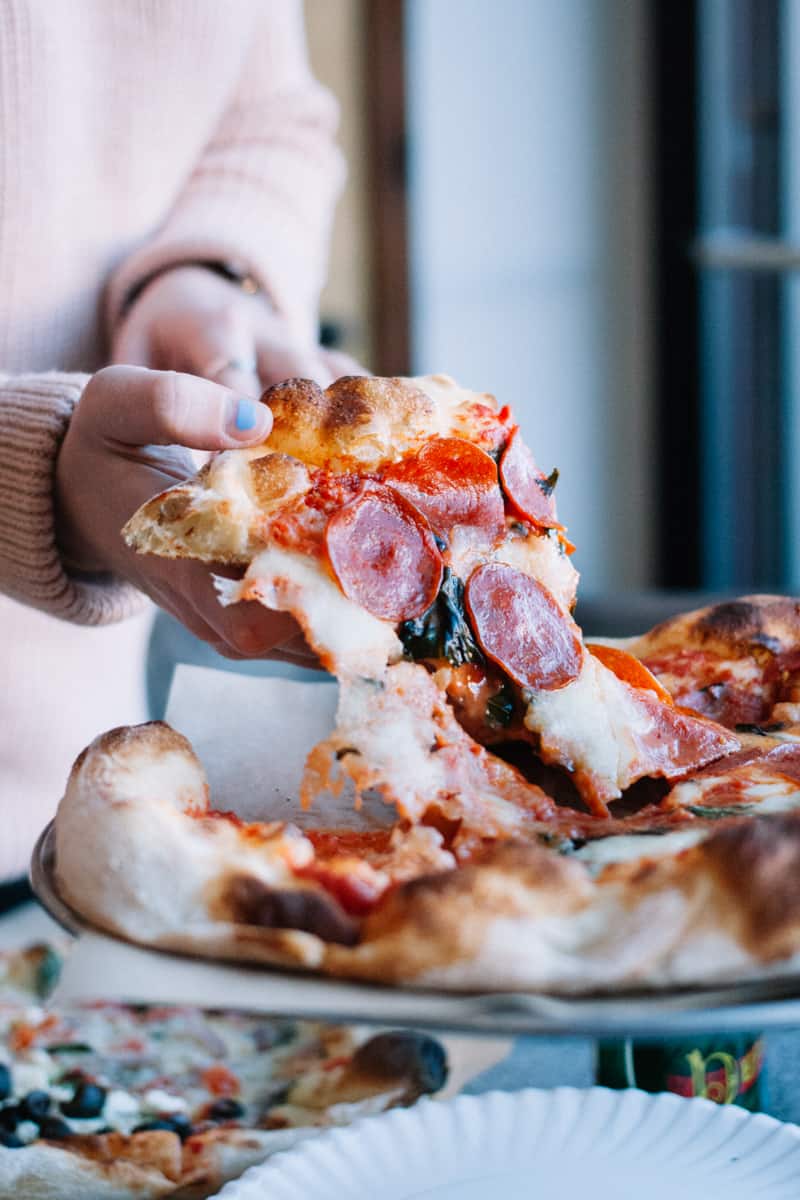 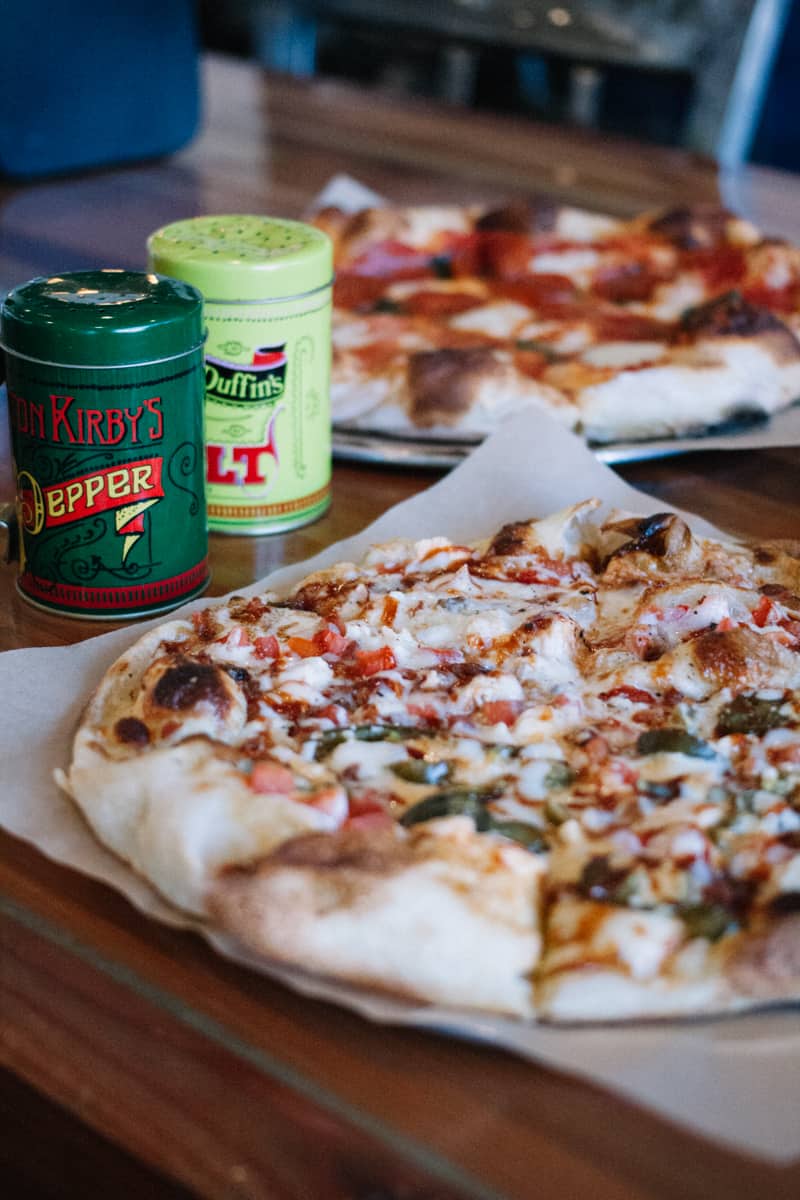 The chicken bacon ranch was divine in its own right as well: ranch, mozzarella, chicken, tomatoes, smoked bacon, and a drizzle of their sweet BBQ sauce that’s not overwhelming, just adds the ideal touch to this pizza. And the greek, with its feta cheese, oregano, cucumber, and more – how can you go wrong? There’s something at the Pizza Cart for everyone. 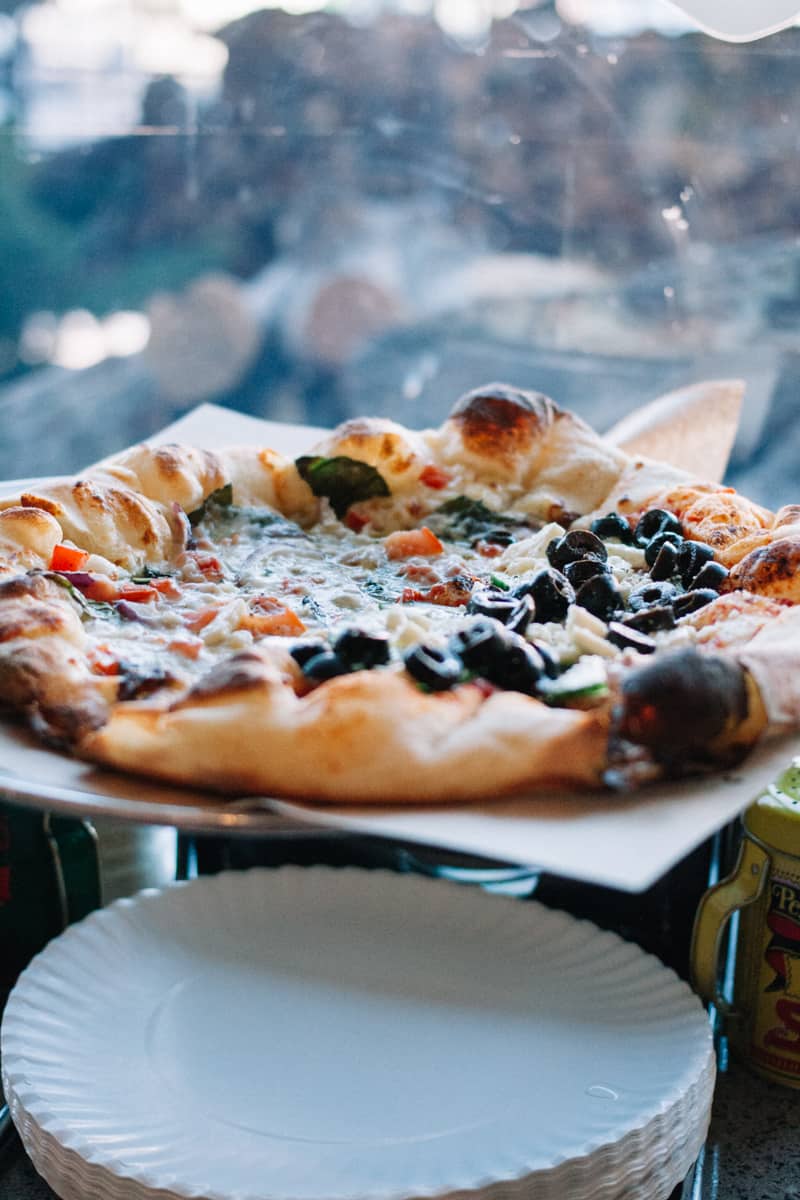 To finish, we went all-out with the desserts and indulged in both the cinnamon roll pizza and the raspberry Nutella pizza. I’m partial to Nutella anything and everything, and when you combine it with fruit inside pizza dough, you really can’t go wrong. They are not shy about lathering on that cream cheese frosting, so don’t be shy about enjoying as much as possible! 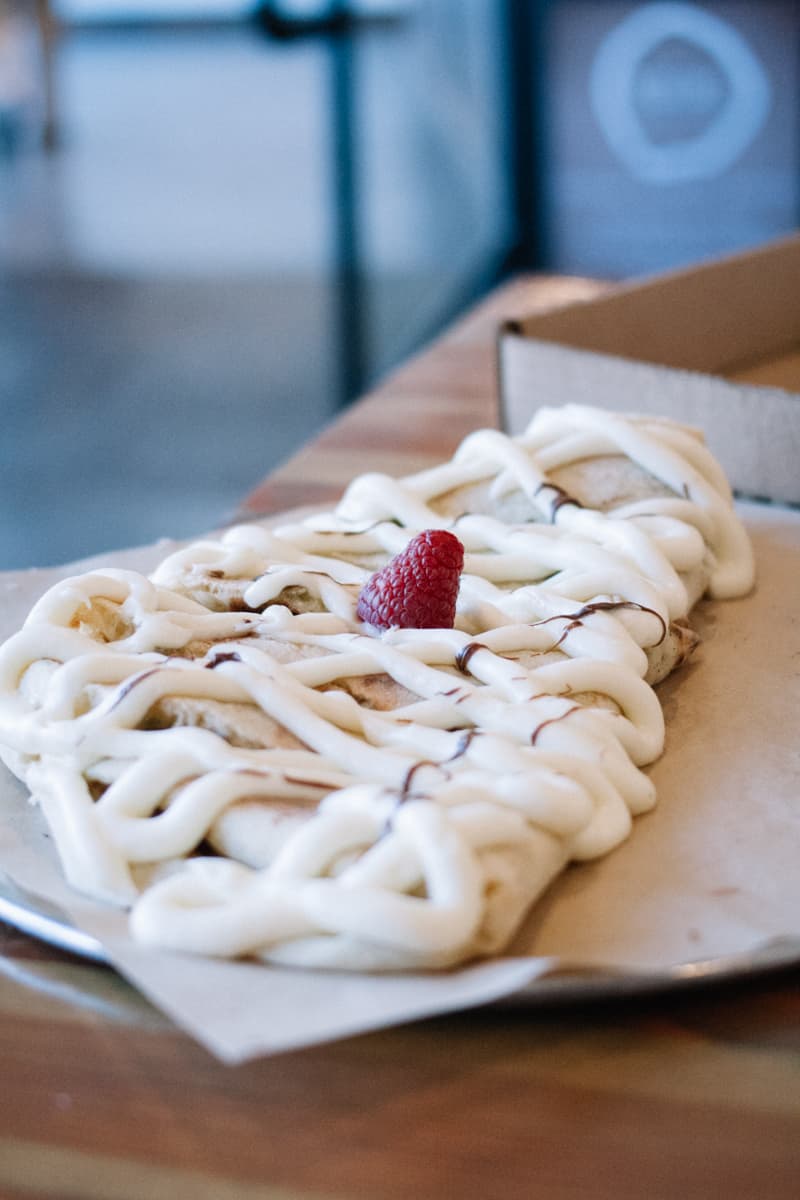 Next time you’re on your way to a sunny weekend in southern Utah, stop selling Cedar City short and drop by the Pizza Cart! You’ll be sure to find me there, stuffing myself with everything on their menu! 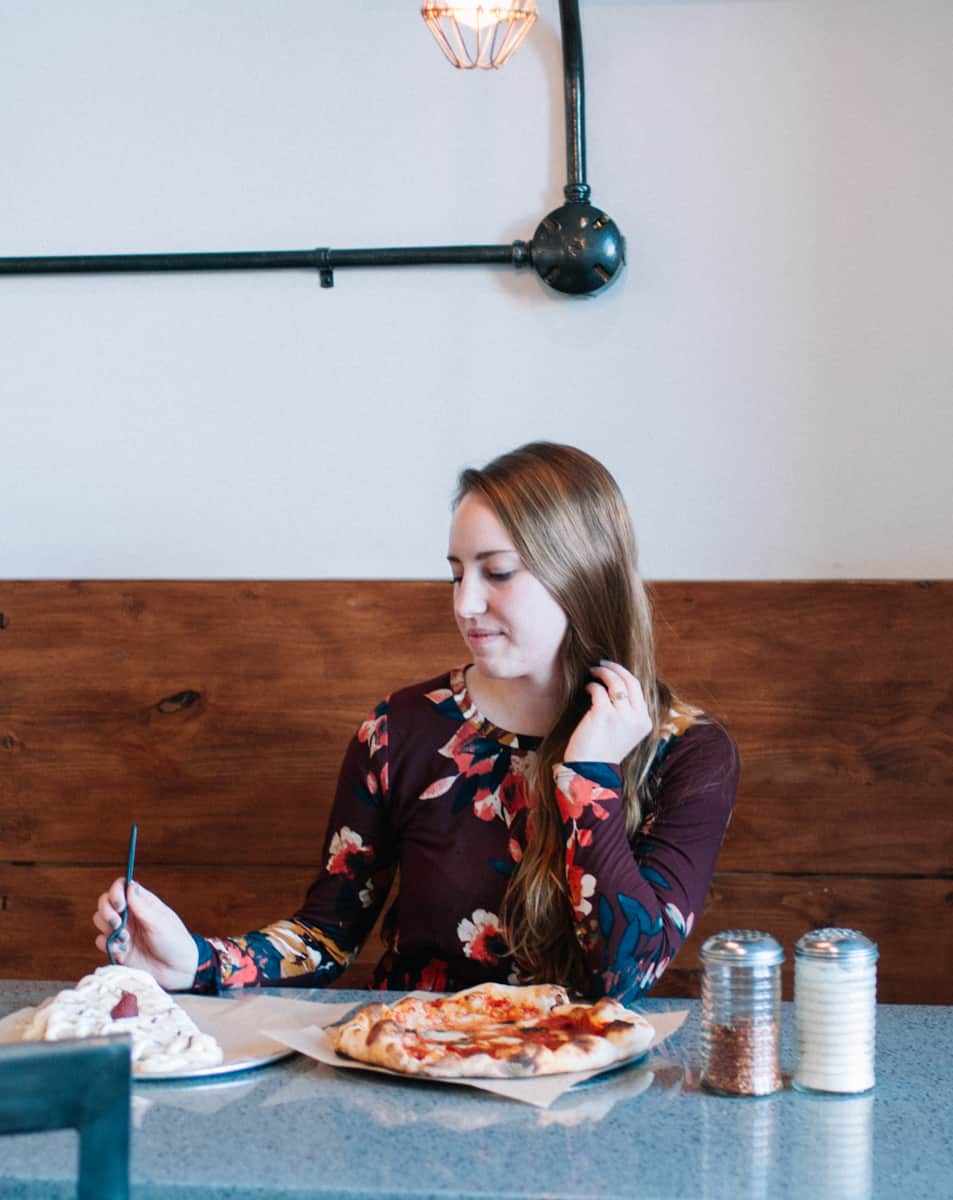 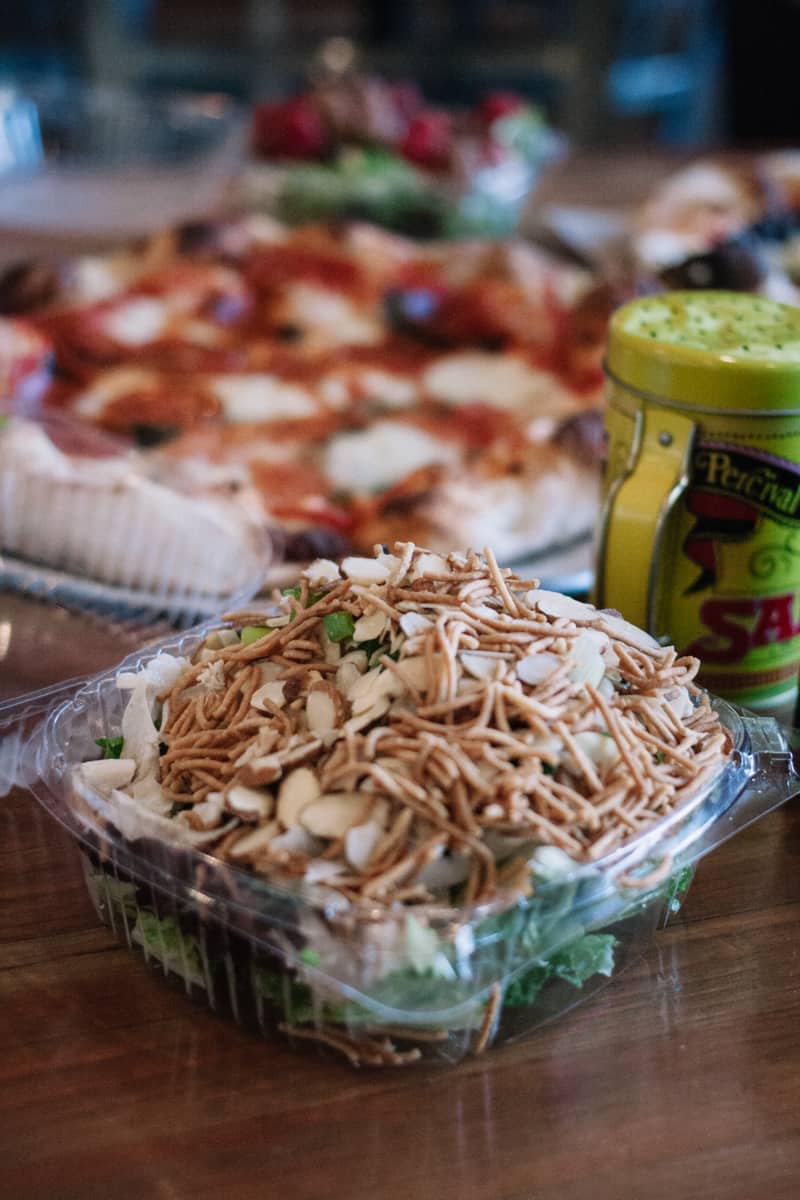 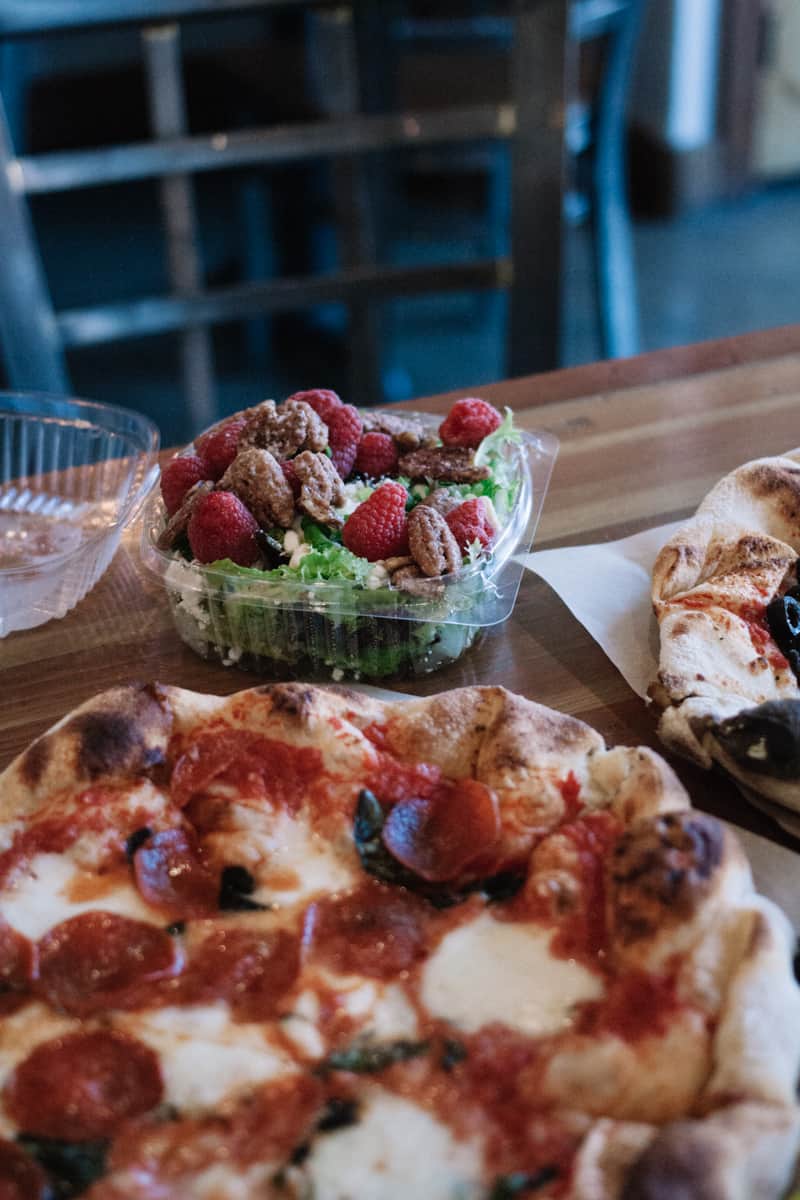 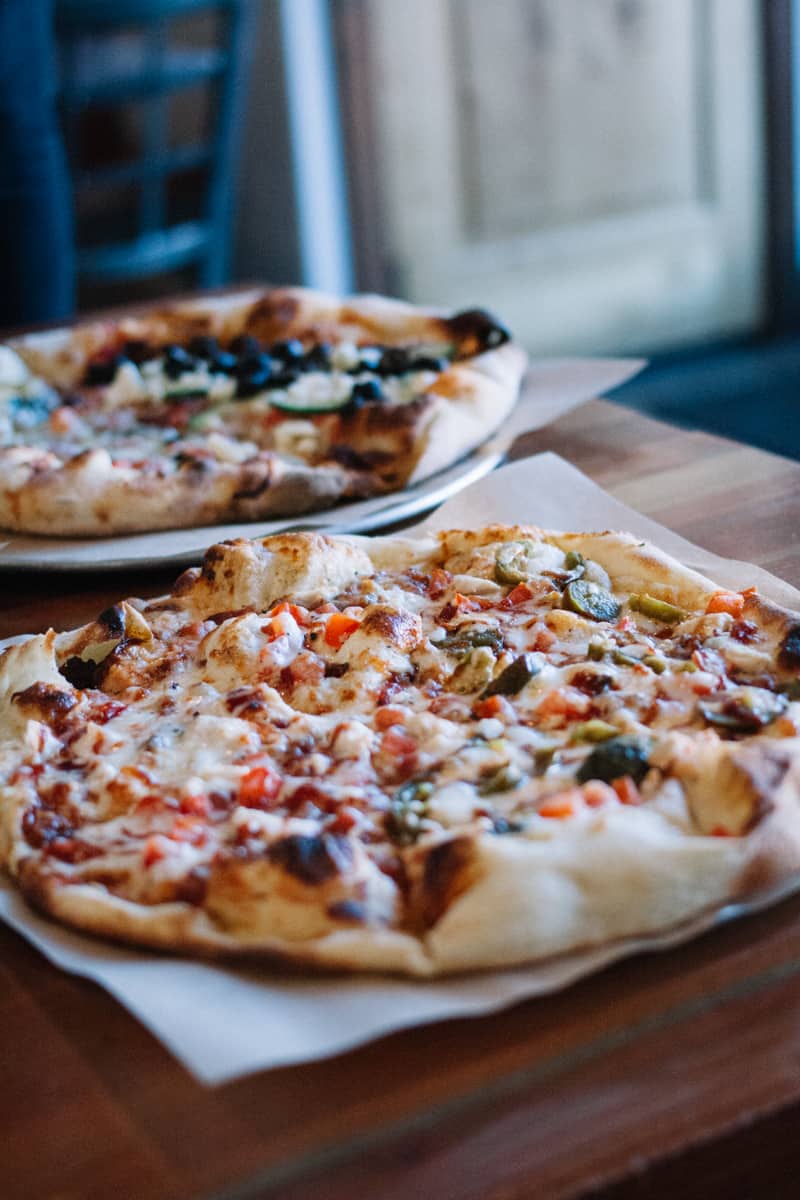