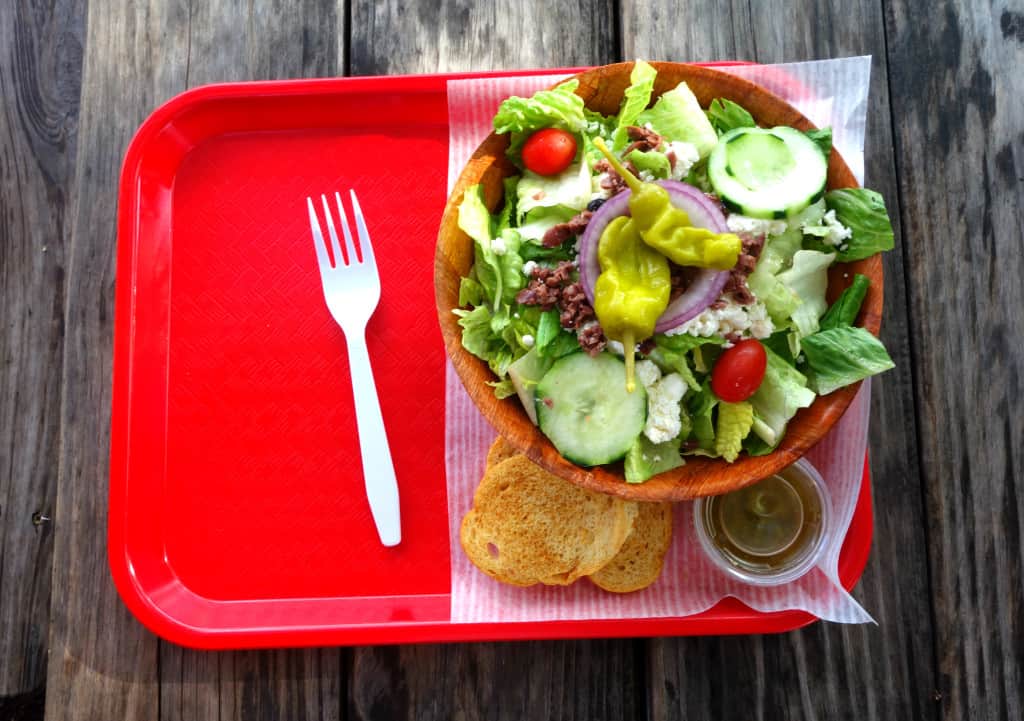 Pin It
Austinites are a bit different than your average city-dwellers.  Ambiance in restaurants is completely overrated.  In fact, many Austinites greet an overly fancy restaurant with suspicion.  Little Deli exemplifies this long-held tradition of understated greatness.  Tucked away in the little neighborhood of Crestview, this deli specializes in Jersey style pizzas with hearty sandwiches, salads and cakes for dessert.  It is, in one word, mouthwatering. 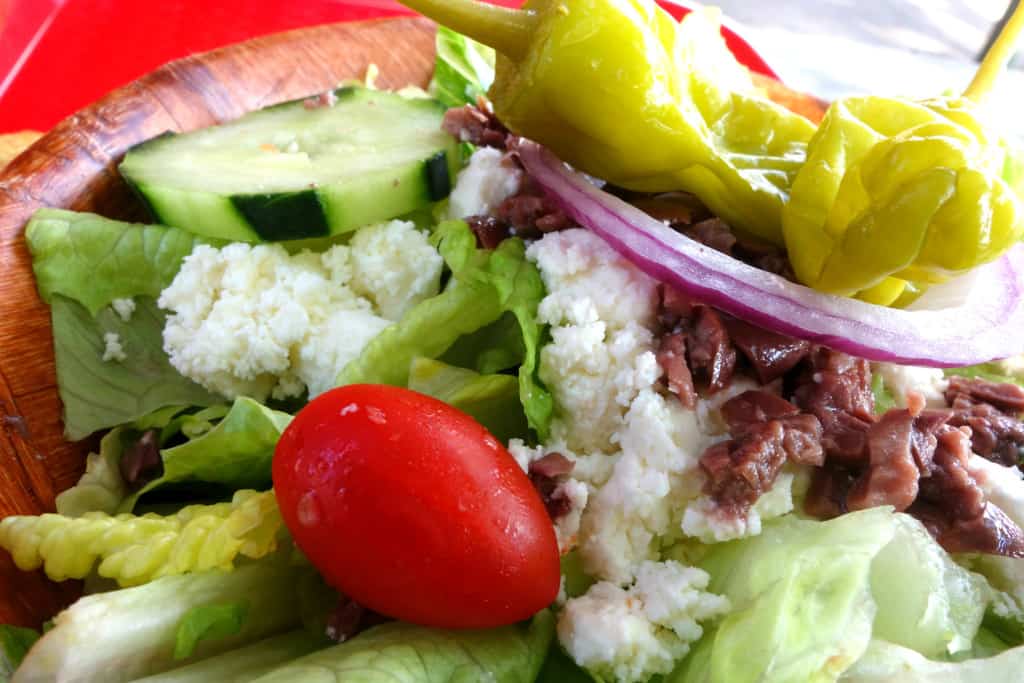 Pin It
The Greek Salad is one of my favorites, because unlike most places, Little Deli piles on the feta and olives and cucumbers.  Then they serve the Greek Salad with a homemade vinaigrette packed with oregano and olive oil.  This salad on a hot summer’s day is perfection. 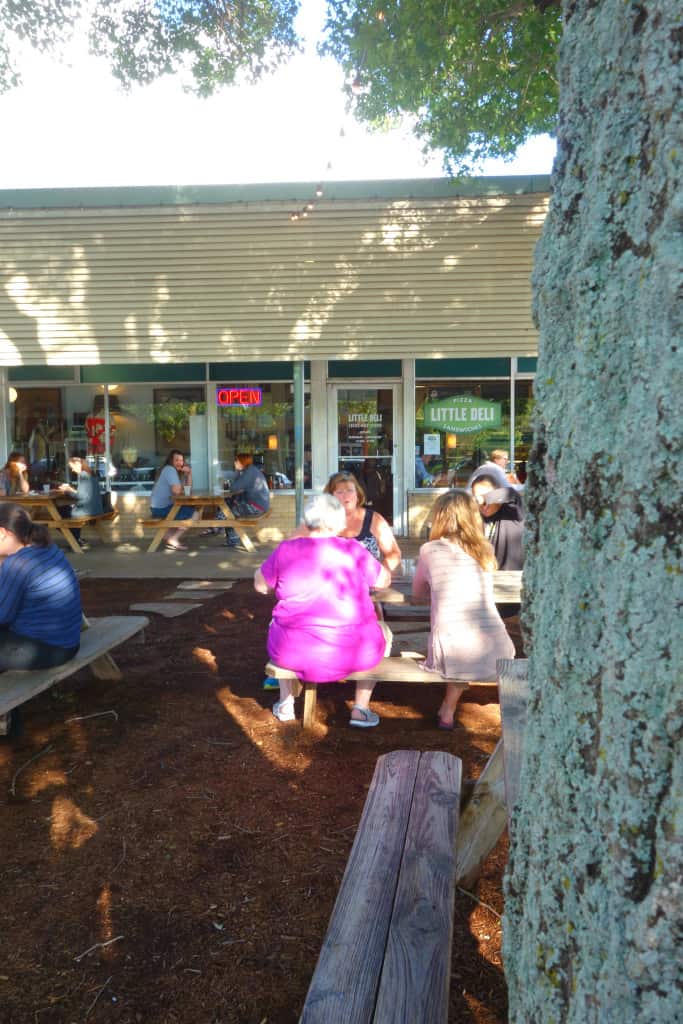 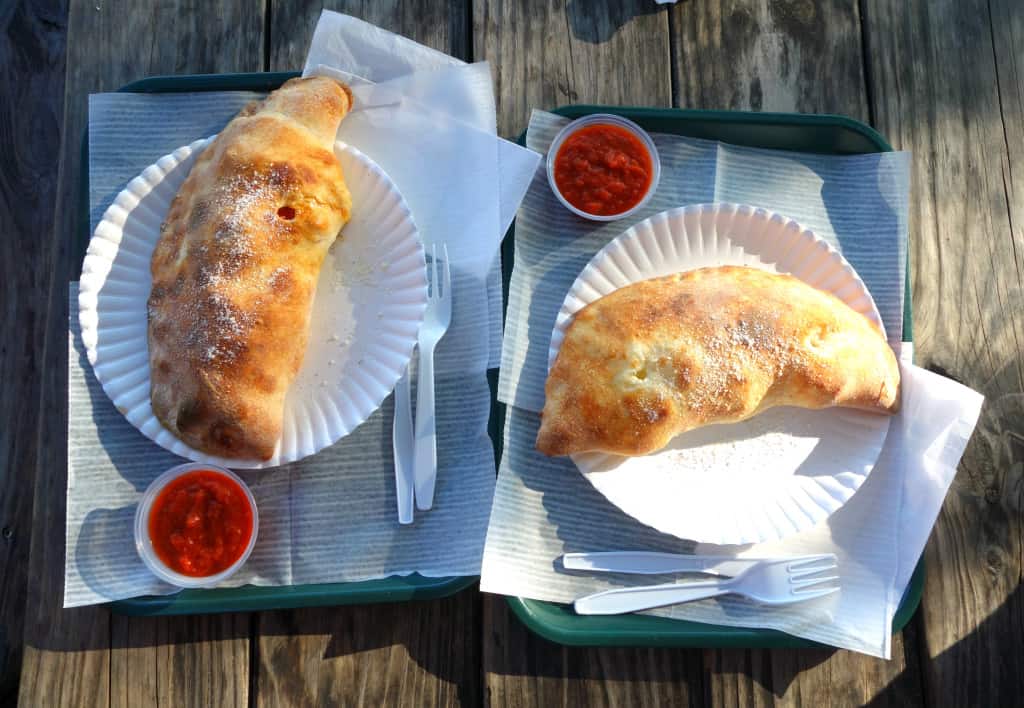 Pin It
Next on the list of my faves are their calzones.  Three different cheeses folded into a homemade dough that is crispy on the outside and chewy on the inside.  One of their secrets is that they do not put a ton of sauce in their calzones.  This keeps the texture perfect and doesn’t create sogginess.  Little Deli has kept it simple by only providing three different types of calzone – Traditional (3 Cheese), Pepperoni and Spinach and Mushroom. 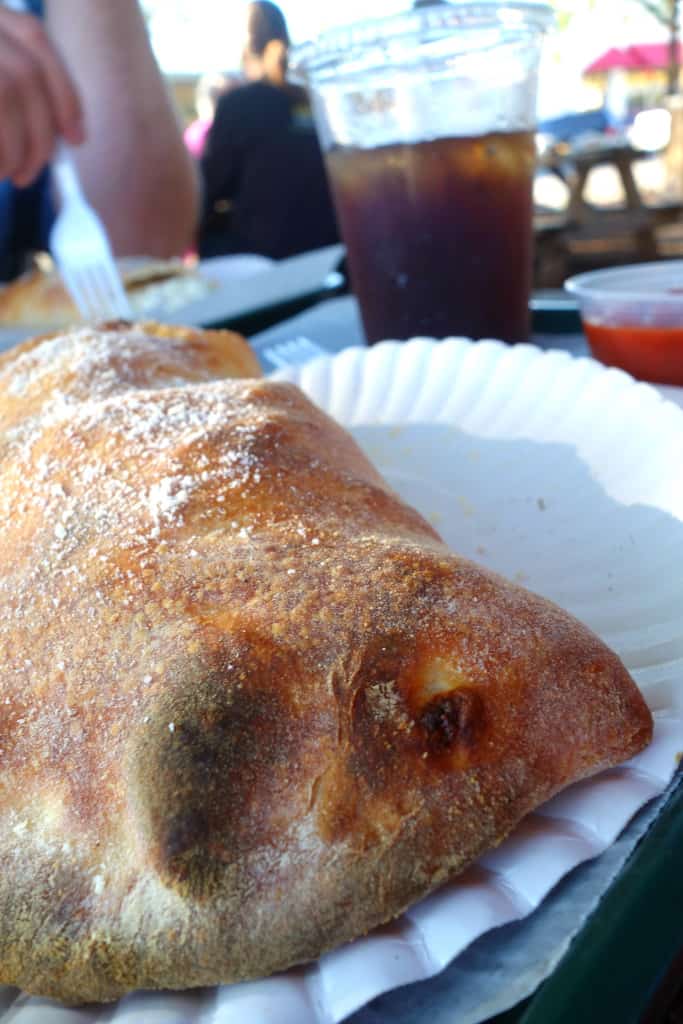 Pin It
If you still have room for anything after a huge salad and an even bigger calzone, there are a selection of cakes that are made in-house or brought in from a local bakery.  In Austin, Little Deli is the perfect example of homey, neighborhood food meant for the understated sensibilities of the town. 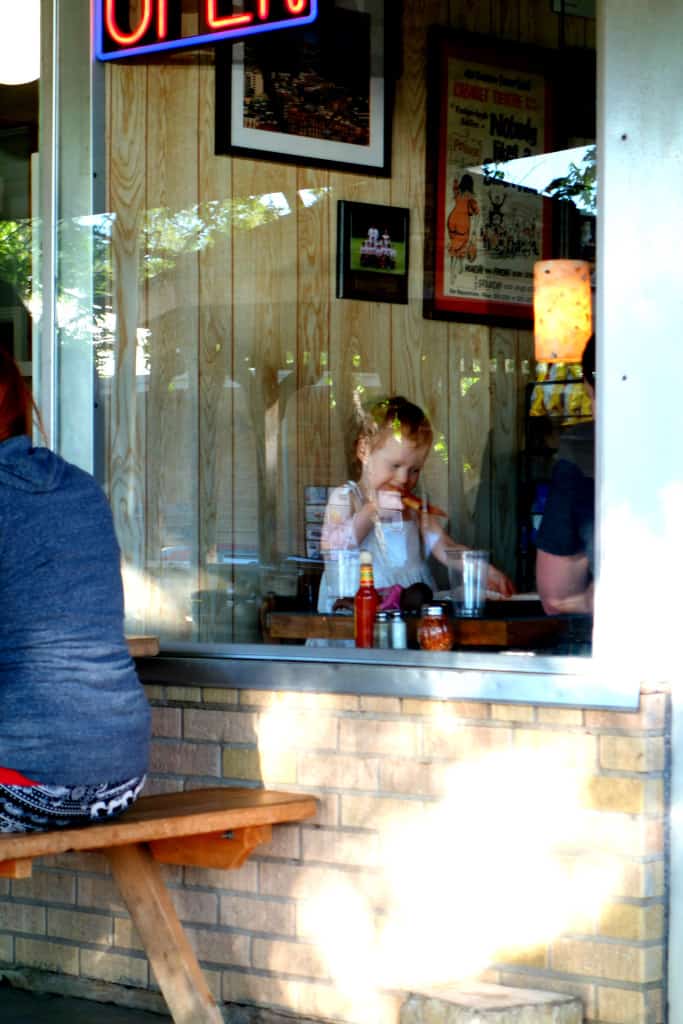