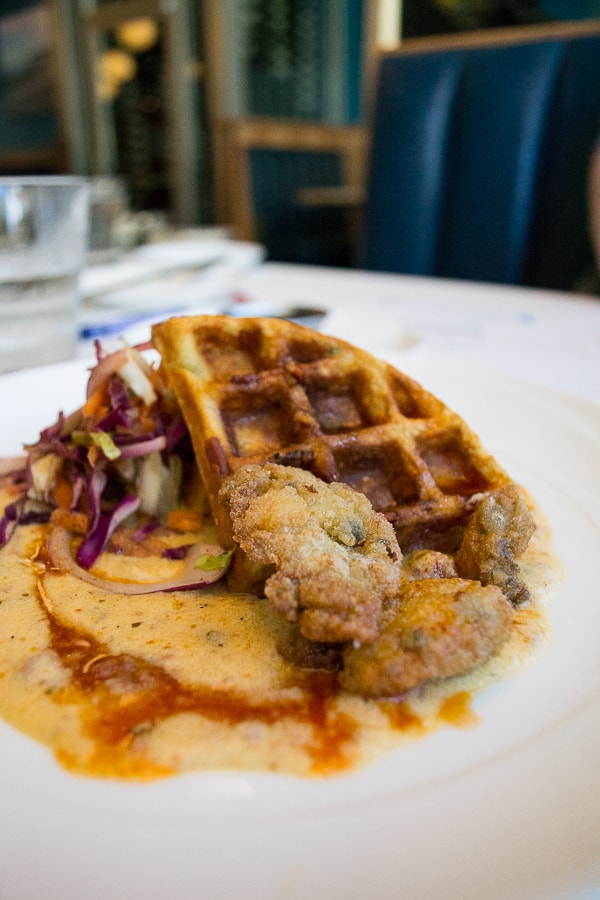 This is why living in the “south” is beneficial for your soul, waistline, and spirit. Though Kansas City isn’t technically the south, a lot of the food feels midwest with a twist of the south. Take Jax Fish House, for example. Jax Fish House was born in Colorado … weirdly enough. But with its dedication to sustainable seafood with nawlens (New Orleans) flavor, it feels more like the south than any Colorado-based restaurant I’ve been to (which is admittedly not a lot). And though seafood in Kansas City is hard to find, this place was AWESOME. 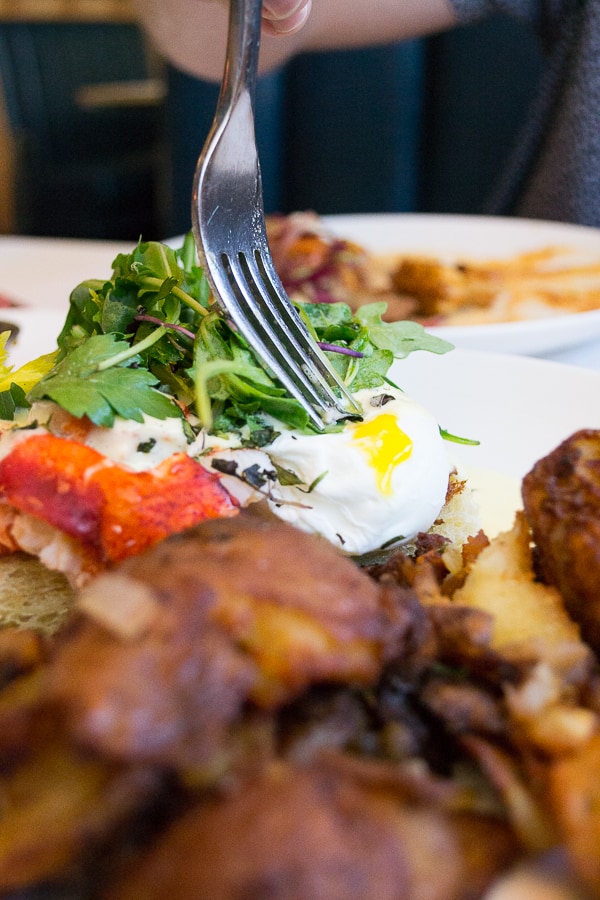 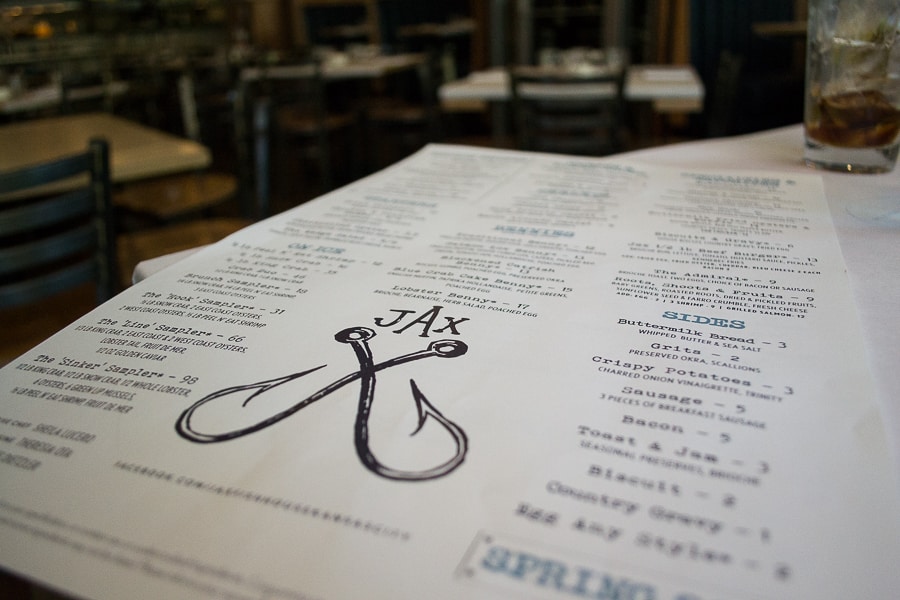 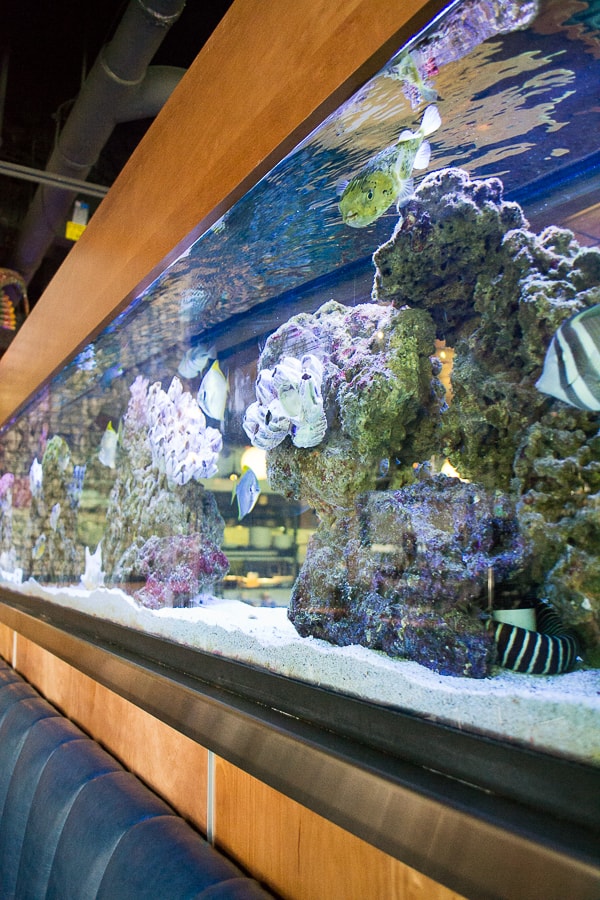 Pin It
With a restaurant in the heart of the Kansas City downtown, we decided to venture out for brunch, a new part of the Jax Fish House service that we were excited to try. I’d never been to a strictly seafood restaurant for brunch, but I absolutely loved the options. Lobster, catfish, oysters, crab and more were available and all were fresh as you can get (in a landlocked state of course). And, if you are a child at heart like me, there’s no quicker way to make me love a place than offer crayons and paper tablecloths. Heart eyes! 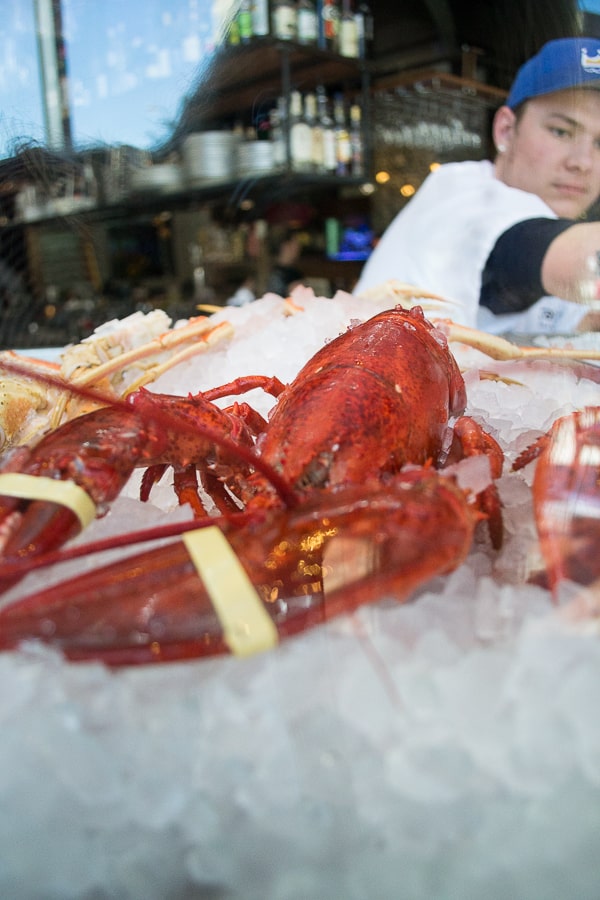 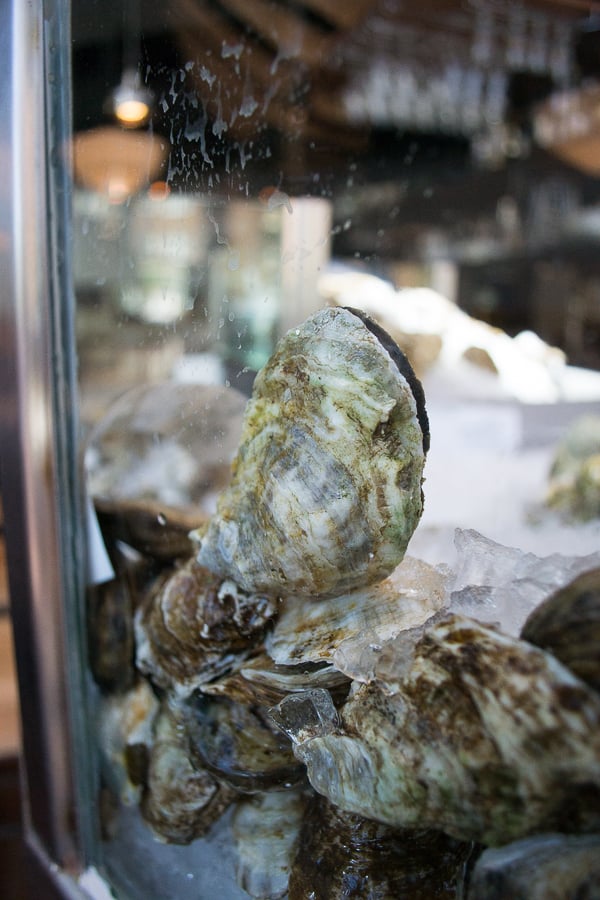 Pin It
We decided to be little piggies and get lots of food because that’s what you do when you are a couple that loves to eat … thirty pounds later.

But, anyways, we got a lovely little bread sampler that came with the yummiest butter and was actually gorgeous. It looked like a little bit of bread seaweed, which I loved! 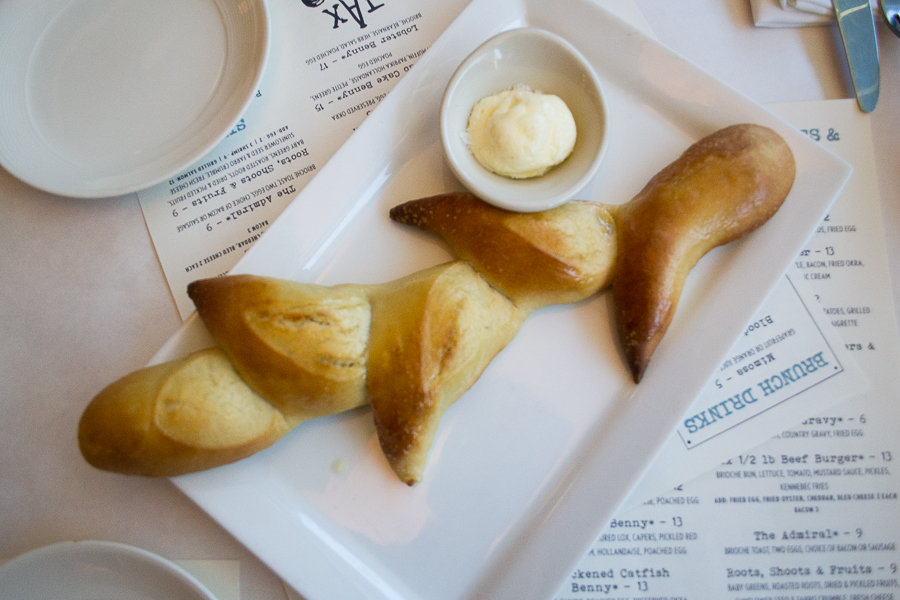 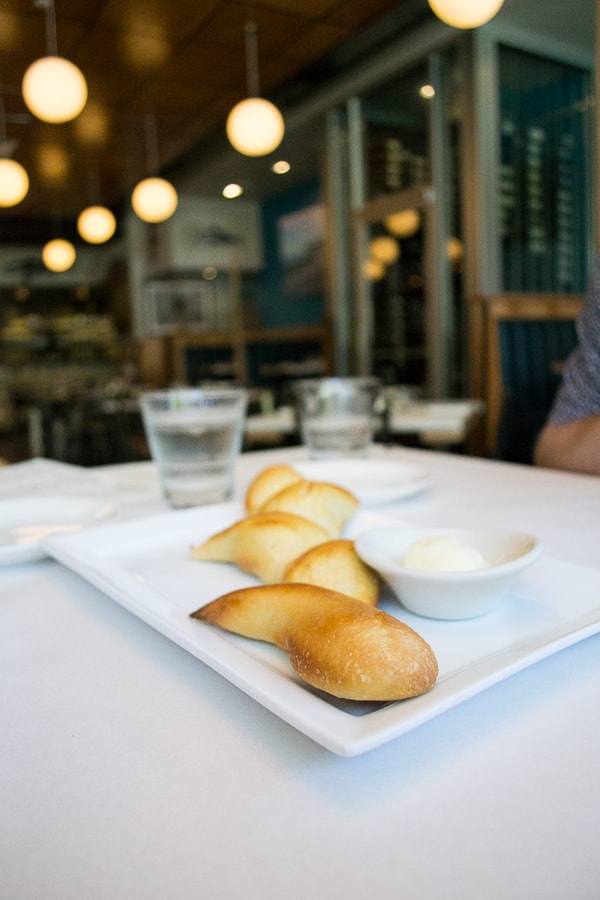 Pin It
I knew we were going to be eating a lot of food, but it was just so fluffy and light and perfectly browned! We literally couldn’t stop. And then there was the rest of the meal that we just couldn’t quit. 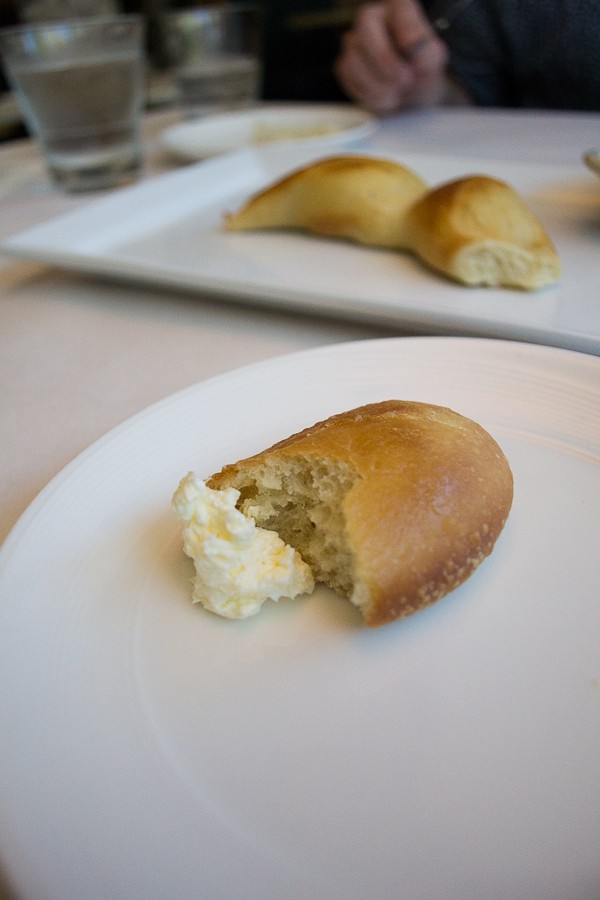 Pin It
My husband decided to get this little number: Buttermilk fried oysters and waffles, described as a bacon waffle, red hot maple butter, country gravy, and trinity slaw. It was pretty fantastic. We had never had fried oysters, so that was a fun thing to try and the bacon waffle was absolutely delicious. The entire thing had crisp, pizzaz, and crunch to it and we were big fans. 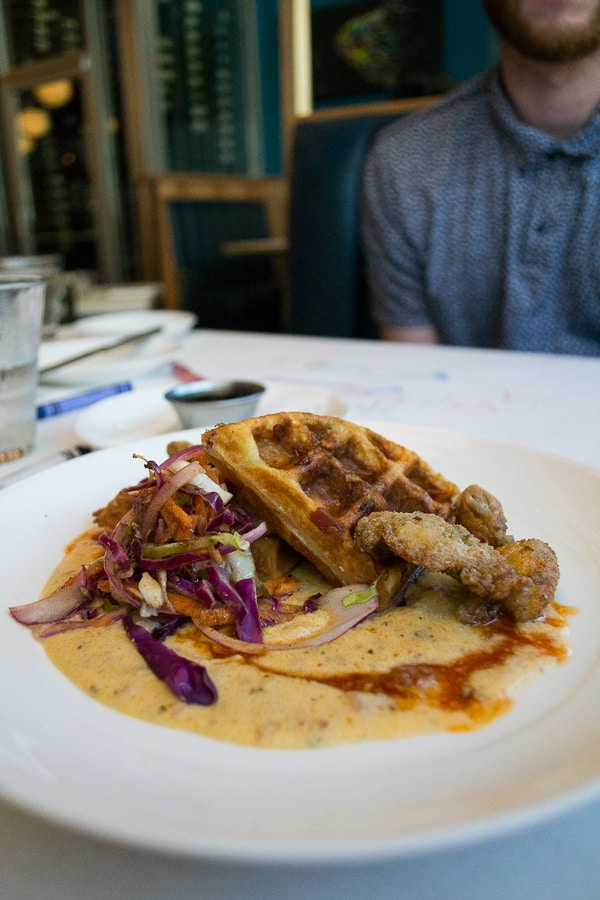 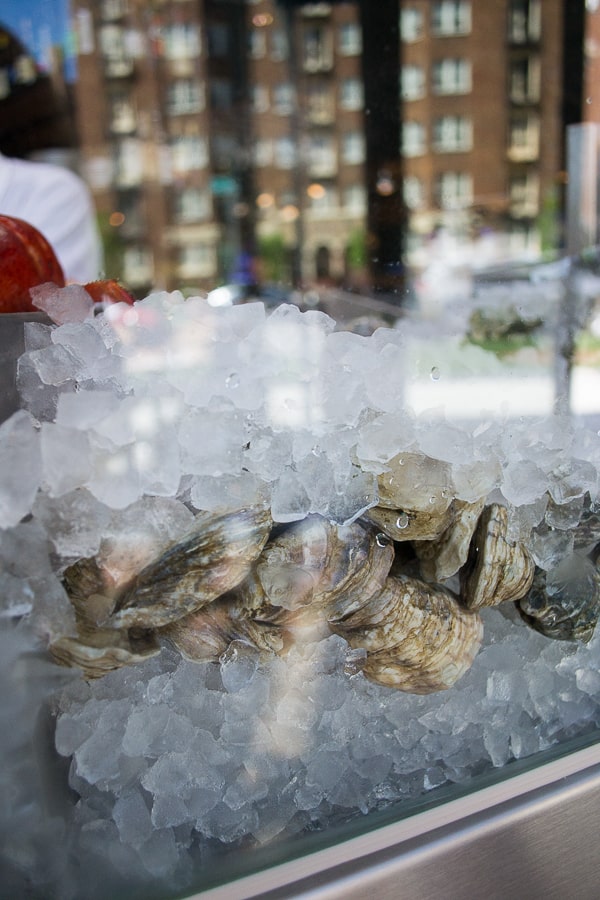 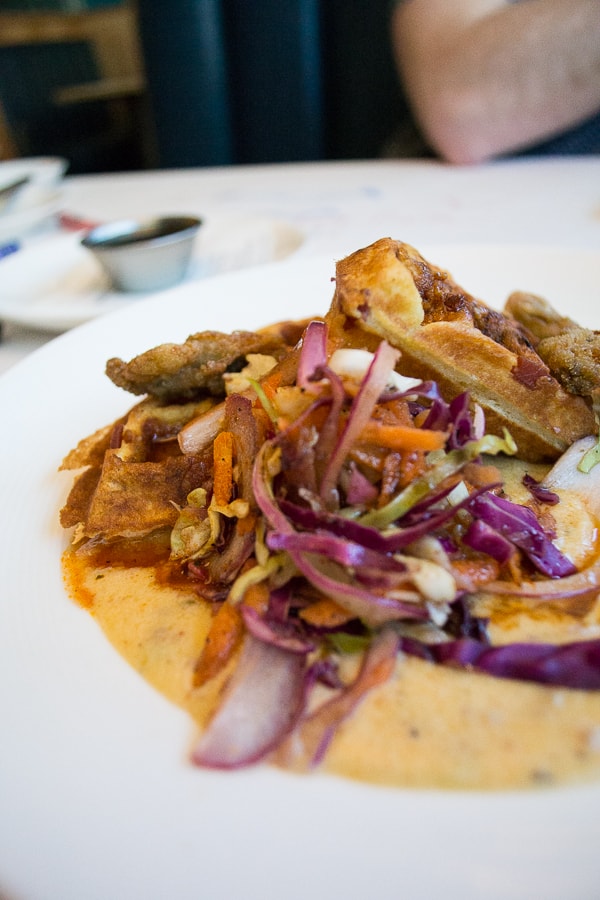 Pin It
You guys already know how obsessed with bennies I am, so of course I caved and got the lobster benny–because why not. Not only was it incredibly beautiful with the yummiest potatoes, the lobster was pretty fantastic. Made with brioche and béarnaise, instead of the traditional english muffin and hollandaise, it gave a fun spin to a traditional benny. 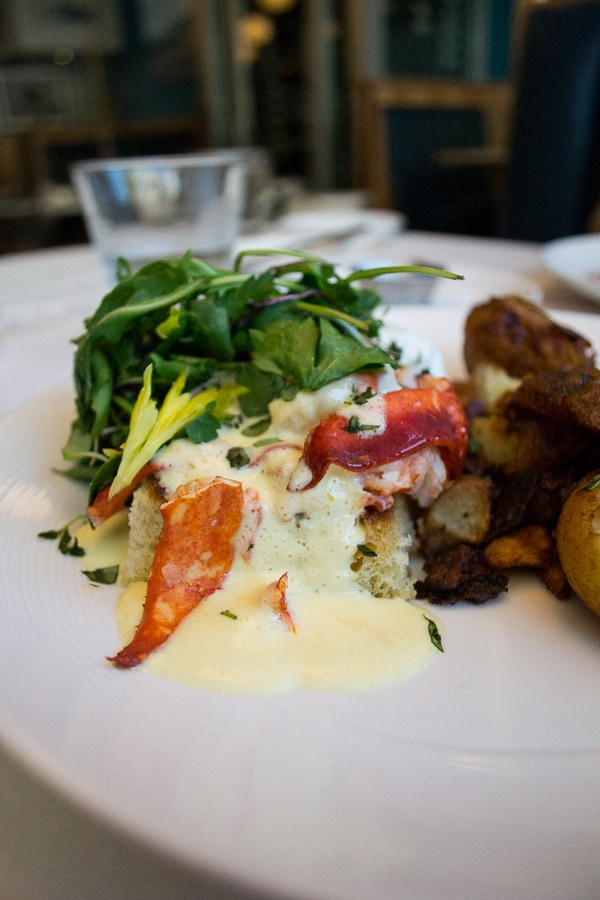 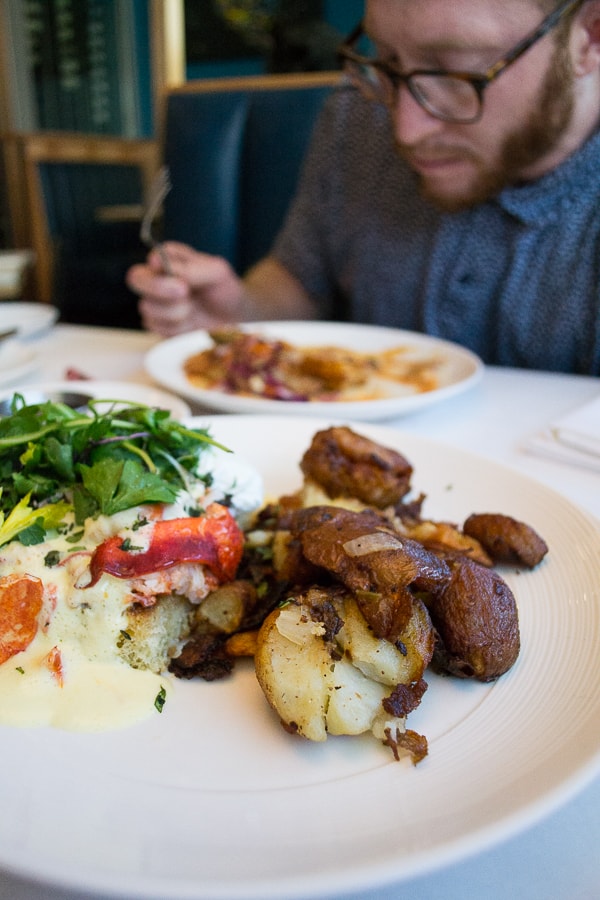 Pin It
You know you want a taste. 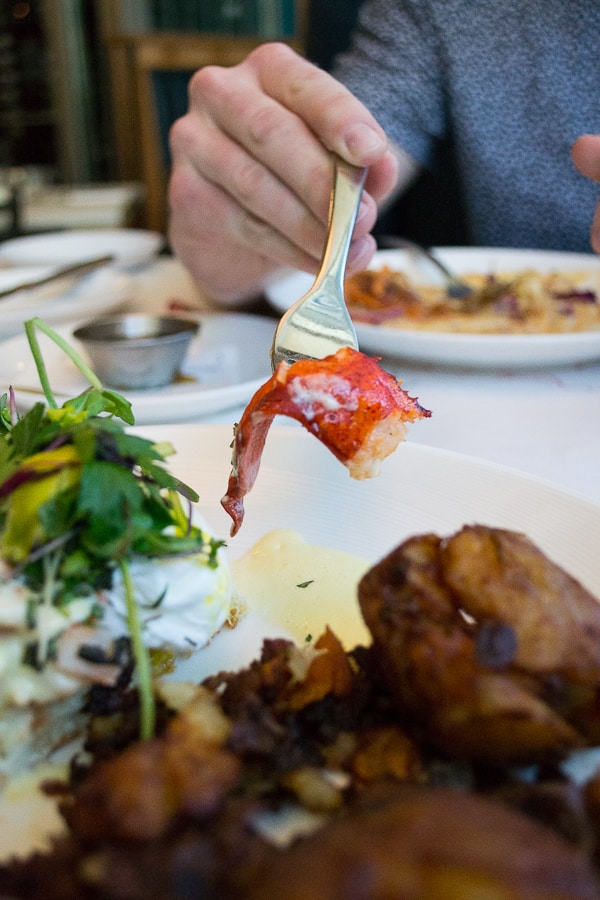 Pin It
Lastly, but not least-ly, we decided to just pig out and get the cinnamon roll. A cinnamon roll at a seafood restaurant, you might think? Yeah right. That’s kind of what we thought when they told us, but after multiple servers told us how yummy the cinnamon rolls were, (Were they trying to trick us? Get rid of all their excess cinnamon rolls?) we caved. 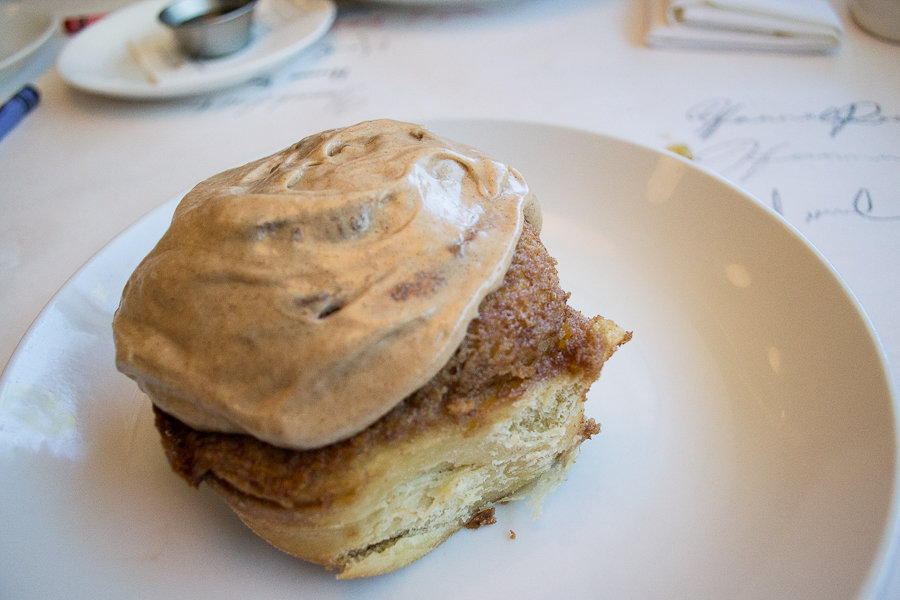 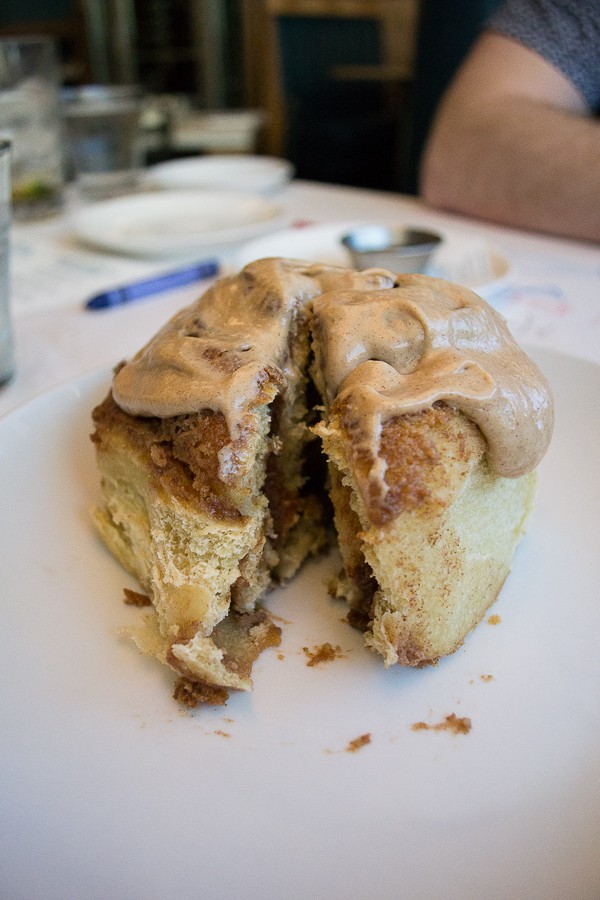 Pin It
Dear heavens. Was this cinnamon roll straight from heaven? Yes. Was it one of the best cinnamon rolls I’ve ever had? Most definitely. Not only was it massive (YUGE), but it was really soft, with crispy edges from the butter and brown sugar, and topped with delicious cream cheese icing. We thought we would bring some of it home, but it was definitely gone. Even our little giraffe ate it. 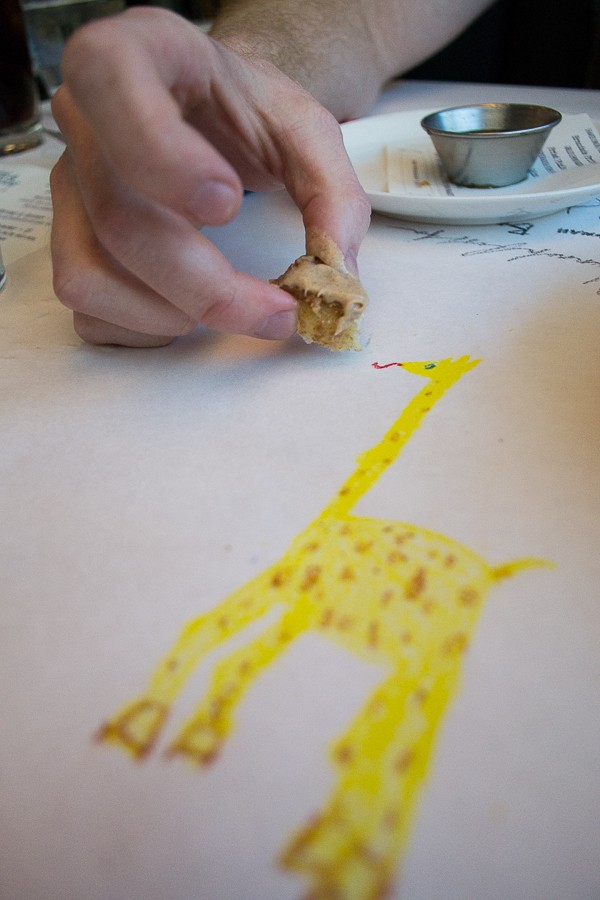