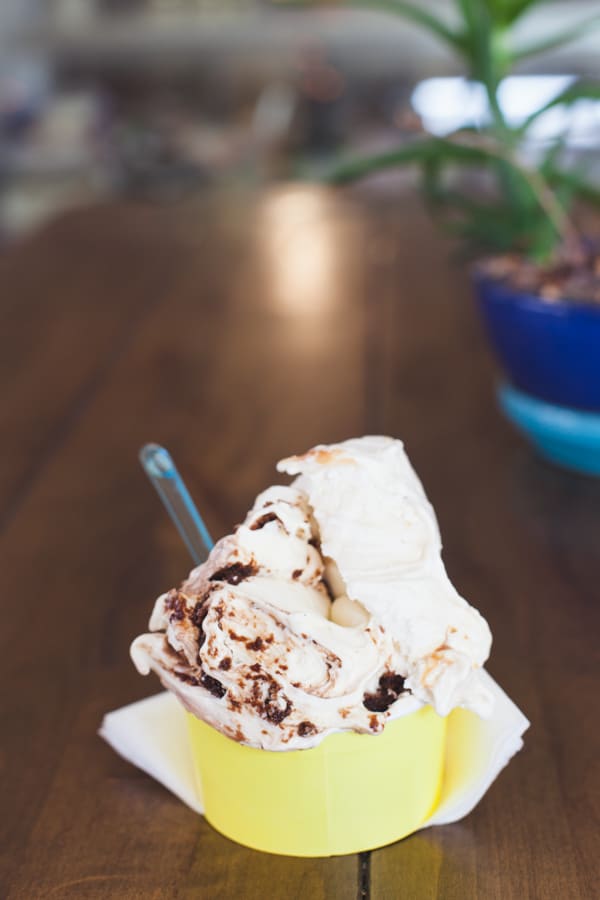 Pin It
My favorite time of day to visit a restaurant is around 3 o’clock. Mostly because no one is usually there but more so because you get to have a closer experience with the staff and maybe make a new friend or two. Such was my fate today. Southtown is a revived old railroad shipping hub so the architecture in this place makes for beautiful restaurants and shops. This shop is fairly new to the neighborhood and the brainchild of a native texan and his Italian wife. 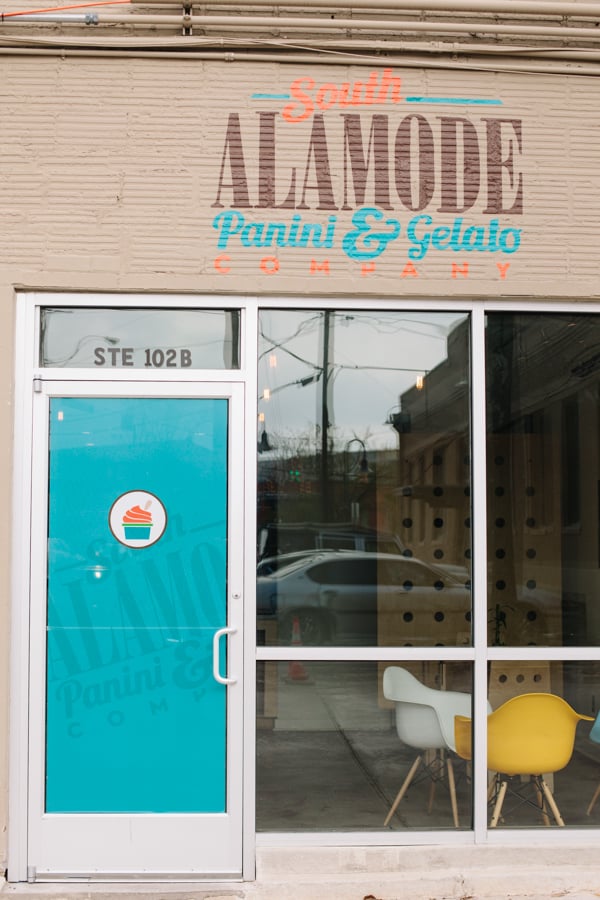 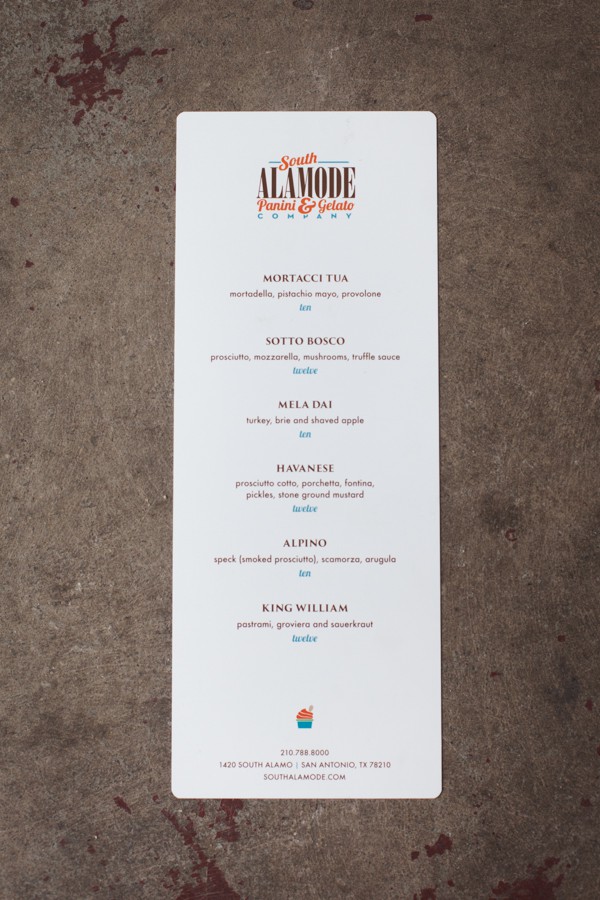 Pin It
Their initial farmers market following grew into a brick and mortar place pretty quickly. Owners Josh and Diletta are delightful.  Diletta was so accommodating and even made sure my little bambina had her own little cup of gelato while I ate my panini. (Little bambina of course loved this and like most babies, disastrously devoured it with both hands.) 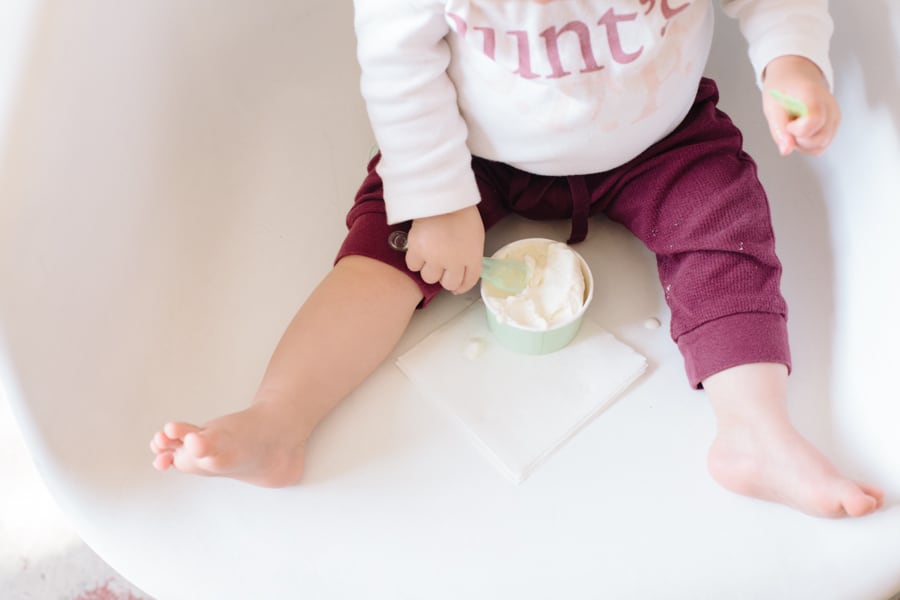 Pin It
Their ingredients are local or imported from Italy. Their gelato is meticulously hand made. Like, even pasteurized on site. Hand crafted doesn’t seem heavy enough of a word for that. They also make their own pickles. Y’all…..I really like pickles, especially housemade ones. They were peppery, zippy, sweet and the perfect sandwich compliment. I was also lucky enough that some of the onions in the pickling brine made it into my sandwich too. 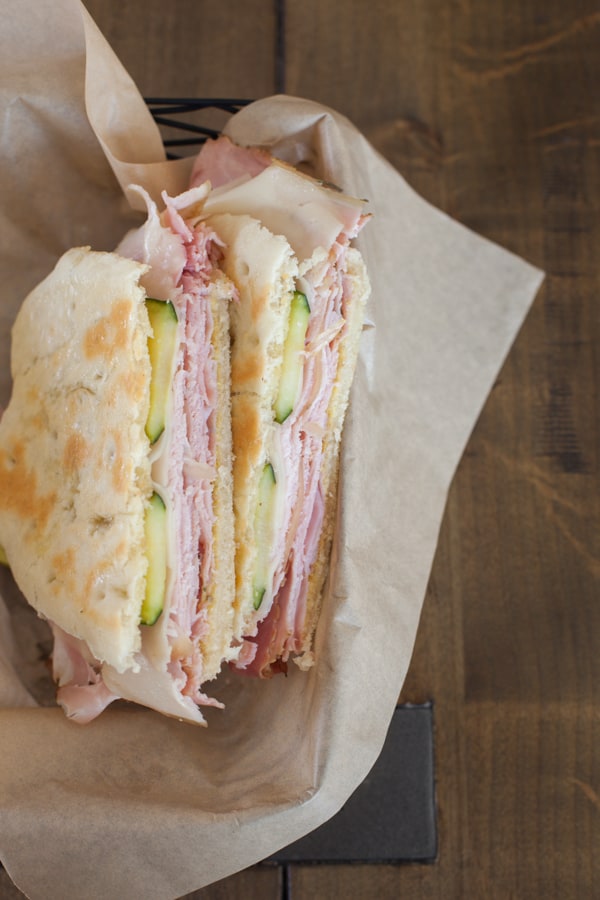 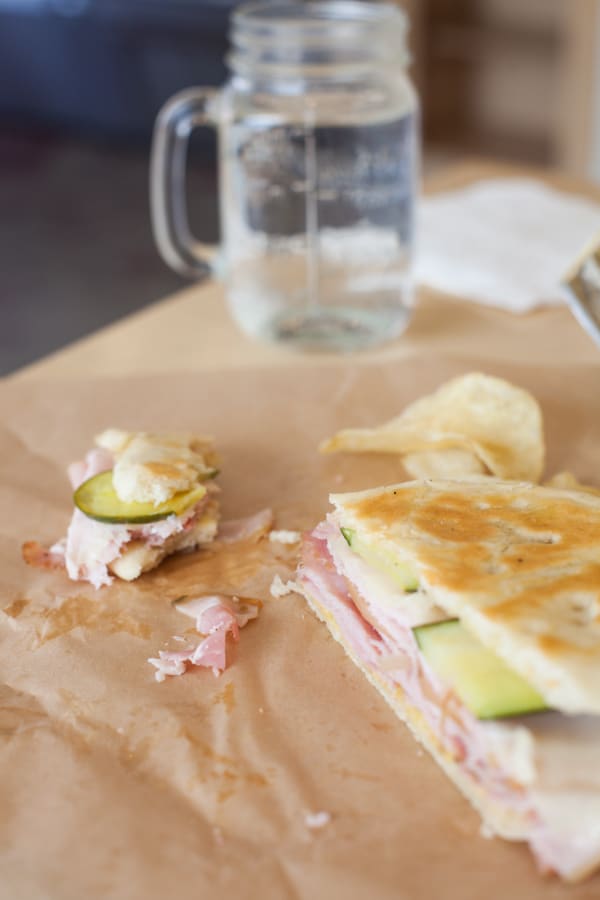 Pin It
I had the Havanese – Prosciutto cotto, porchetta, fontina, pickles, and stone ground mustard – it was a stellar merriment of flavor. The bread was also pretty perfect. Crunchy and chewy, held its own and not greasy like some panini’s can get. Thin focaccia opened up as opposed to sliced bread was the key I think. 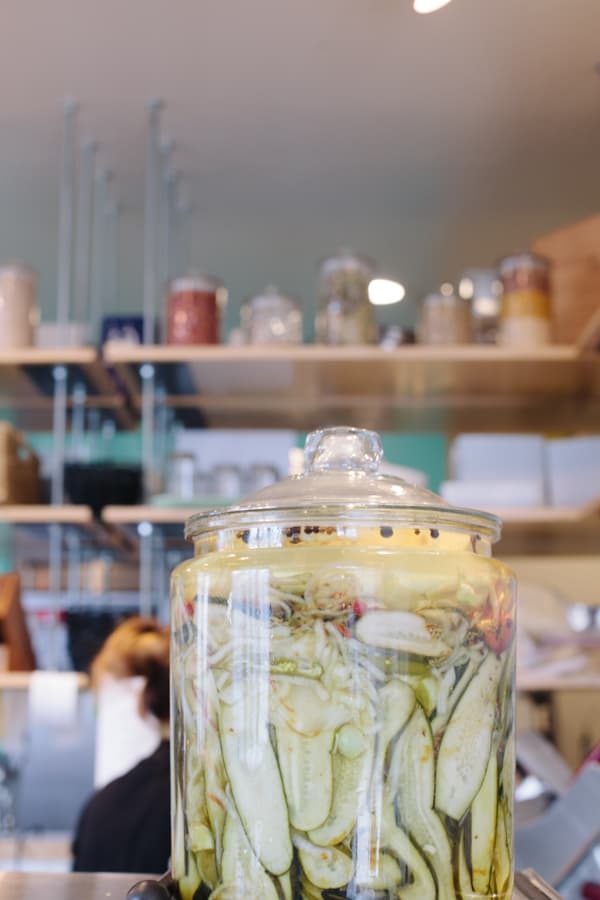 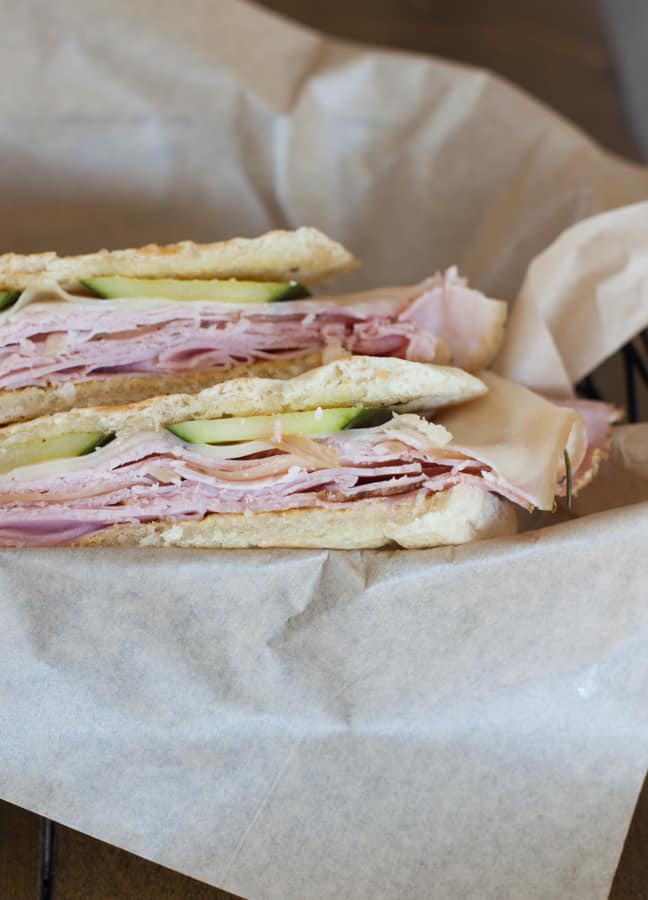 Pin It
And the gelato. Well, I’ve been thinking for an hour how I might convey the gelato. There was no flaw in the mouthfeel and creamy just doesn’t seem good enough a word! Josh studied in a culinary program under gelato masters in Italy where he perfected his technique for making gelato (and fell in love with his cute wife). I had the goat cheese, cashew, caramel and pretty much sampled every other flavor.

They make their flavors daily and are have a knack for great combinations. It was full of flavor, but not so saturated that you couldn’t eat much of it. You could taste everything separately and together. I don’t even know how you do that! At the risk of sounding like a fumbling idiot, I will stop. Go eat here. Pronto!

Best Pie in Dallas: 9 Top Picks from a Local

The 10 Best Cheap Eats in Dallas

8 Spots for the Best Ice Cream in Austin

Explore the other 65 Related Posts

The 11 Best Tacos in San Antonio

Where can one find the best tacos in San Antonio? The answer to this question might be the boldest claim to make within the San Antonio food scene, but it’s one that we absolutely have to weigh in on.…
Read the Post

Barbecue and Austin a practically synonymous. And a different barbecue restaurant on every block, it can be hard to know where to go. Plus, if you’re only in town for a day or two, there’s no way you’re wasting…
Read the Post

A guide to the absolute best San Antonio restaurants, written by locals, with recommendations from barbecue to burgers to pizza!

Although San Antonio is best known for its tacos and Tex-Mex, its vegan food scene is certainly establishing a well-loved presence in the city’s foodscape. As more Americans strive to up their veggie intake, restaurants are responding with plant-based…
Read the Post

10 Spots For The Best Tex-Mex in Austin

The ultimate question to answer before diving into this post, is what exactly is “Tex-Mex”? You may know, but even if you don’t, you’ve more than likely consumed it unknowingly, as many of our Mexican favorites are actually westernized…
Read the Post

The complete guide of things to do in the Alamo City with everything from restaurants to shopping to outdoor adventures to day trips.

The Best Austin Restaurants: 20 Picks for 2020 Welcome to our special guide to the absolute best Austin restaurants. It only takes a day or two in this capital city to realize that it’s nothing short of a foodie…
Read the Post

The best Riverwalk Restaurants in San Antonio As one of the most the most iconic spots in the city, and possibly the state, the riverwalk sees millions of people a year. It binds old downtown charm with the beautiful missions of…
Read the Post

Oh hey there- time to share a comprehensive list of the absolute best breakfast and brunch spots in Austin. Austin is swarming with dozens (and dozens) of fantastic breakfast options from pancakes to breakfast tacos to biscuits and gravy,…
Read the Post

The Ultimate Guide to Eating At Franklin Bbq in Austin

Earlier this month, after living in Austin for not quite a year, Cody and I decided to brave the long lines and spend the better part of our day waiting in line so we could enjoy what many to believe…
Read the Post

When I say that I’m addicted to sugar I’m dead dog serious. It’s hard for me to finish any meal without something sweet and after moving to the capital of Texas last year I took it upon myself to…
Read the Post

Welcome to a foodie’s guide to the absolute best tacos in Austin, Texas. This is literally my life’s work months and months of happily devouring tacos in what some consider to be the taco capital of the nation. Before…
Read the Post

The 15 Best Burgers in Austin

The Best Burgers in Austin I’m absolutely giddy to share this post on the best burgers in Austin. In short, Austin is a sea of great restaurants, *several* of which have fantastic burgers. Last fall after moving to Austin…
Read the Post

Welcome to our complete guide to the best breakfast & brunch spots in San Antonio. Compiled by three trusted San Antionio foodies, this list is a diverse, well-loved collection of places that every San Antonio foodie needs to try.…
Read the Post

When Cody and I relocated to Austin last fall and decided to tackle the foodie scene headfirst, we hit the ground running and started with our favorite food group, pizza. And let me tell you there is a LOT…
Read the Post
More Posts
Load More Posts