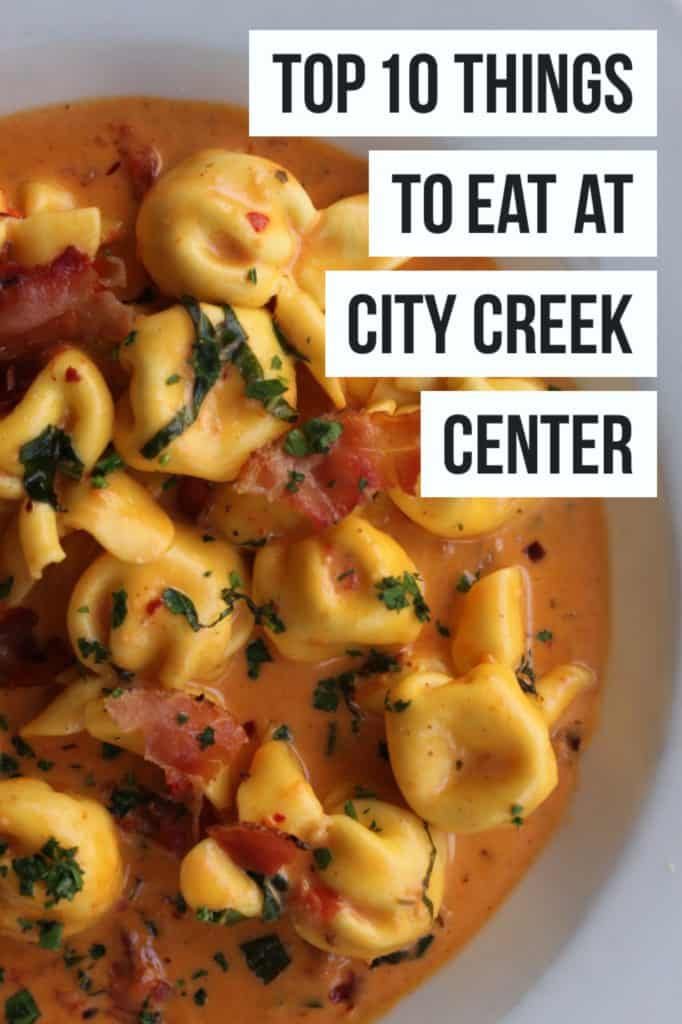 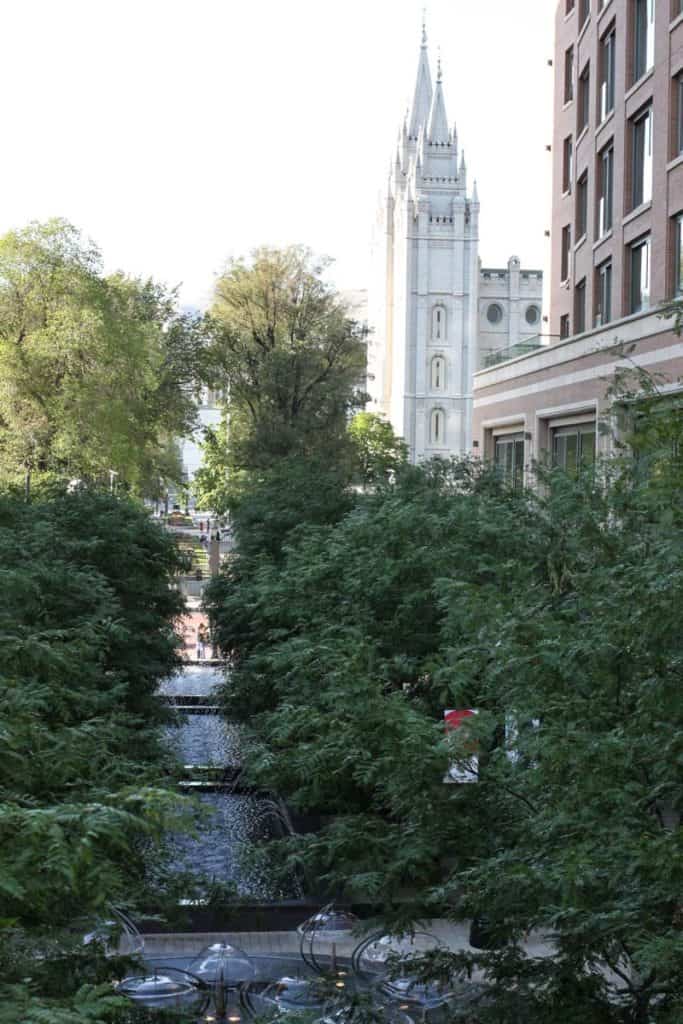 Pin It
Have you ever found yourself at City Creek Center in downtown Salt Lake City? Or better yet wondered what the best things to eat at City Creek Center are?? Never fear. After exhausting all of the dining options at Salt Lake City’s most popular shopping center, I’ve put together a list of my favorites. Although I’m typically not partial to national chains or franchised restaurants, I’m a firm believer that in every large scale restaurant, there’s something great to be found on the menu. With over 100 stores and world-class shopping, be sure to pair your day at City Creek Center with the best food they have to offer! Thank you to City Creek Center for sponsoring this post and treating me to the delicious food that is featured here. 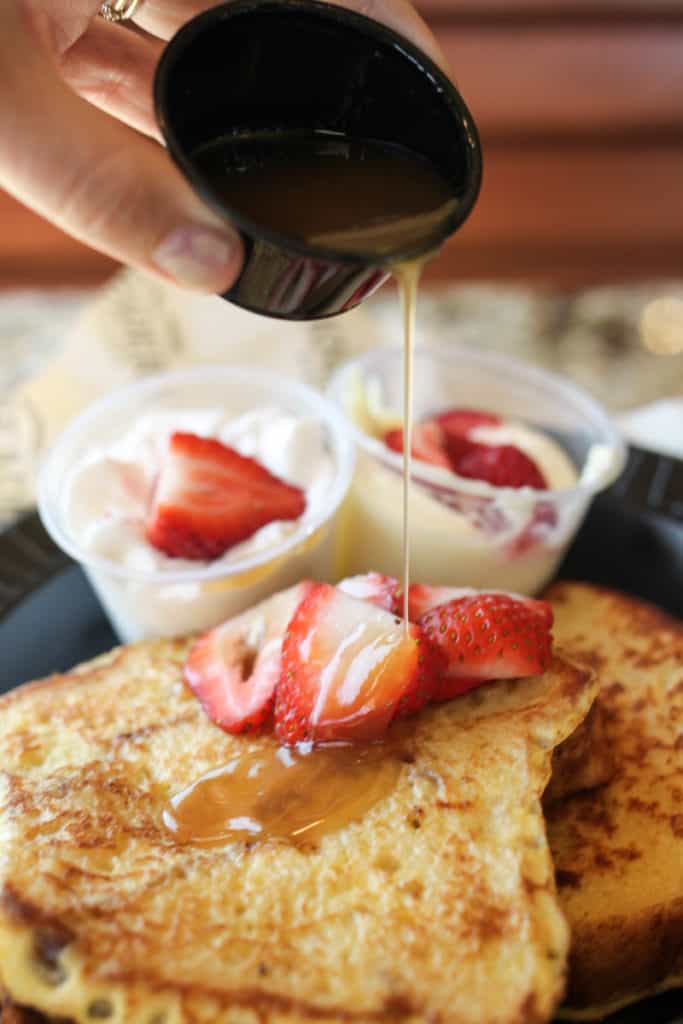 Starting your day off early at City Creek Center? Kneader’s Bakery & Cafe serves their all you can eat Chunky Cinnamon French Toast from 7-11:00 a.m., Monday through Saturday. Because there’s nothing quite like thick slices of cinnamon bread cooked in cream and topped with homemade caramel syrup! 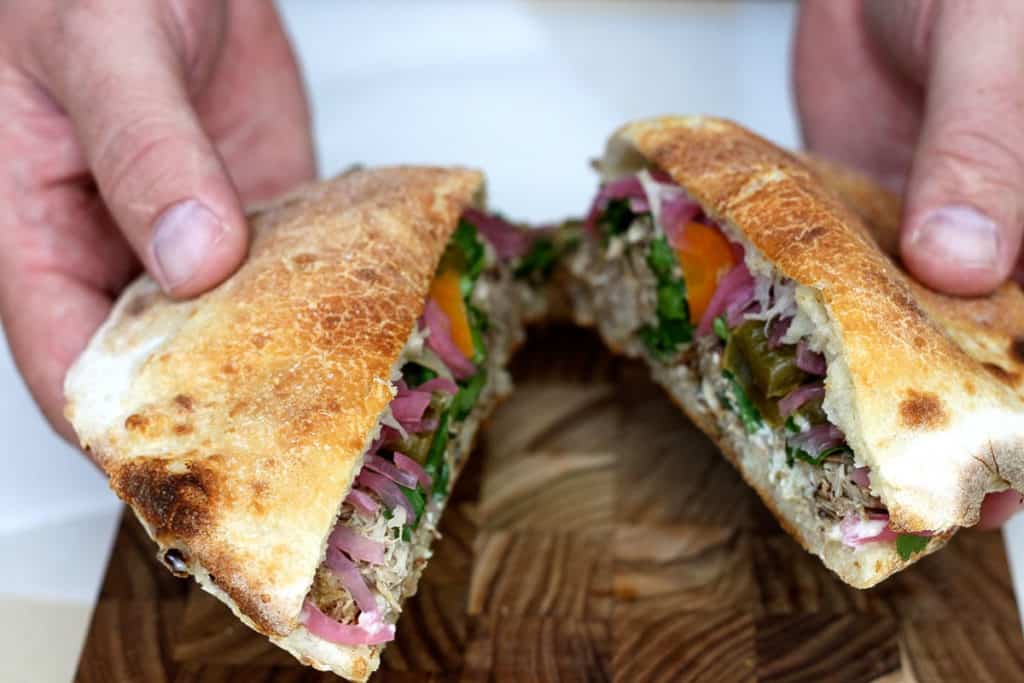 Bocata Artisan Sandwiches deserves one of the first mentions in this post because it’s my number one go to at City Creek Center. Don’t let the food court ambiance fool you- Bocata is truly a hidden gem. Stop by their booth for quick service and leave with a bocata in your hands within minutes. The Cuban Pork comprised of citrus braised pork shoulder, pickled red onion, cilantro, jalapeno, and aoili is one of the best selling sandwiches! Other favorites include the turkey havarti bocata, the meatball bocata, and the grilled chicken salad. 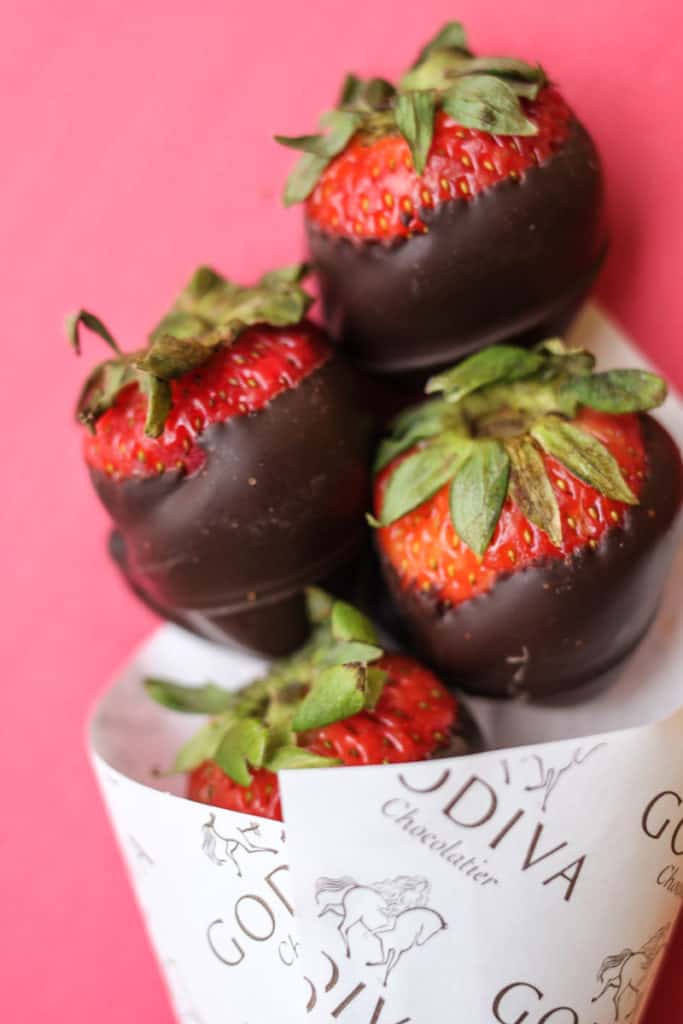 I will never pass up a chocolate covered strawberry and I certainly can’t pass up a cone full of fresh, juicy strawberries covered in premium quality chocolate staring at me through a giant glass case! One of my favorite treats to indulge in while I’m walking through City Creek Center. Foodie tip: Godiva offers one free truffle to rewards club members every month! 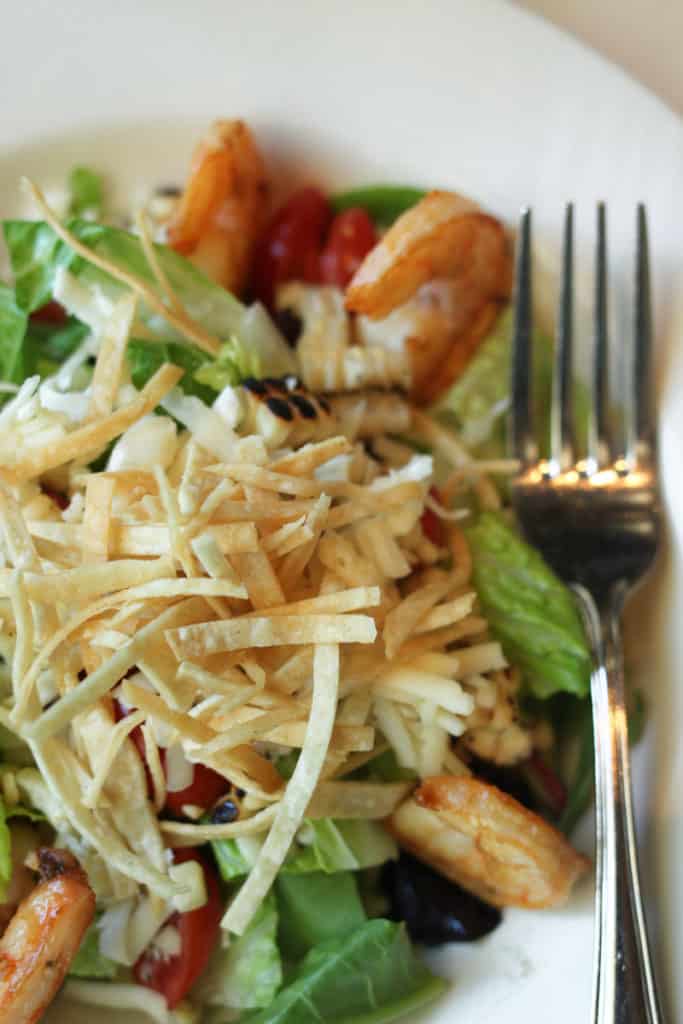 Out with the old and in with the new! Although my teenage heart admittedly breaks a little bit at the thought of Sixth and Pine being long gone, Nordstrom has made a fantastic replacement with their nationally recognized restaurant, the Nordstrom Grill. It’s a new and improved restaurant with exciting menu changes and a handful of the old classics (#sweetpotatofries). After dining our way through the most popular items, my best friend and I unanimously decided that the Cilantro Lime Shrimp Salad was hard to beat! The wild shrimp paired with fresh grilled corn and greens with a cilantro vinaigrette got two thumbs up from both of us. 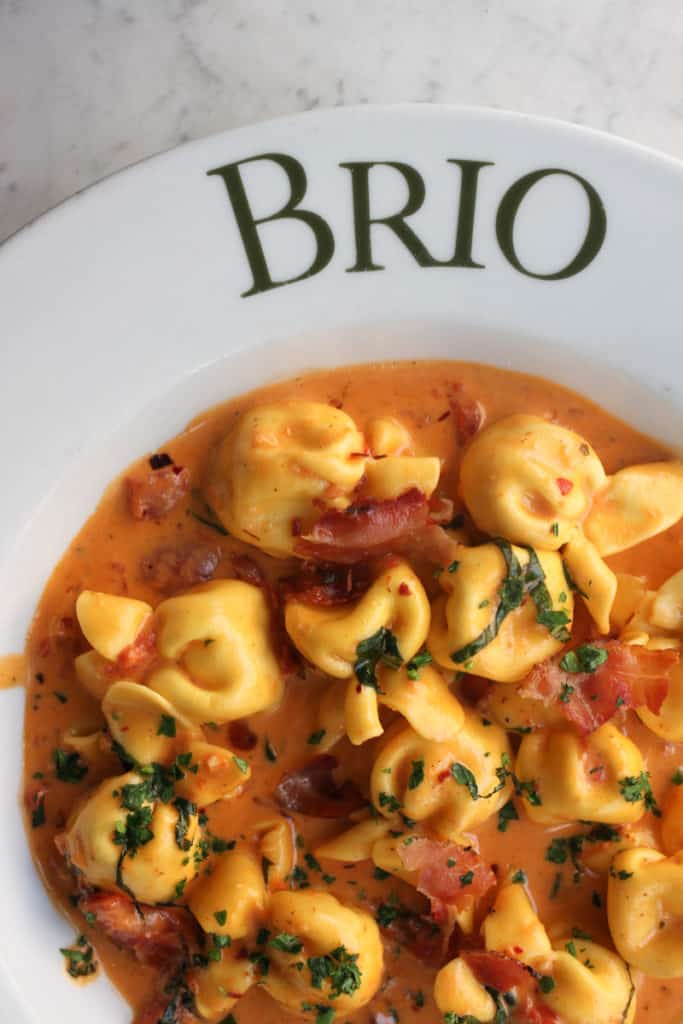 If you’re like me, then pasta is one of your main food groups. It’s great to know that when you’re dining at City Creek Center, Brio Tuscan Grille offers a variety of freshly prepared pastas for lunch and dinner. One of the most popular menu items and my personal favorite is the Pasta Alla Vodka- a ricotta filled pasta topped with crispy pancetta, basil, and a spicy tomato parmesan cream sauce. Come. To. Mama. 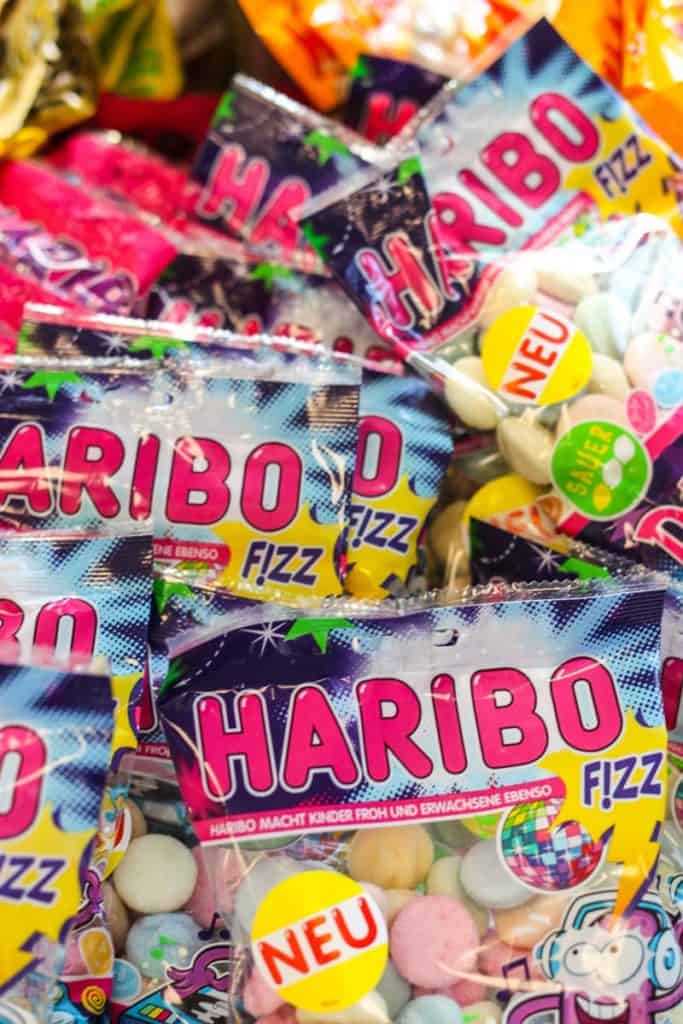 Take a step into another country as you browse isles of soda and candy from all over the world at Pop’nSweets! Being a seasoned traveller myself, I was impressed with the variety and selection in this inconspicuous looking candy shop. Among a plethora of gummies, asian biscuits, and german chocolate, I left with two Butter Beers and Caramel Digestives- two treats that are hard to come by unless you’re A) a wizard or B) in England. A great fast stop for internationally traveling friends or small kids who need a little bit of coaxing while you’re trying on those last minute shopping items. 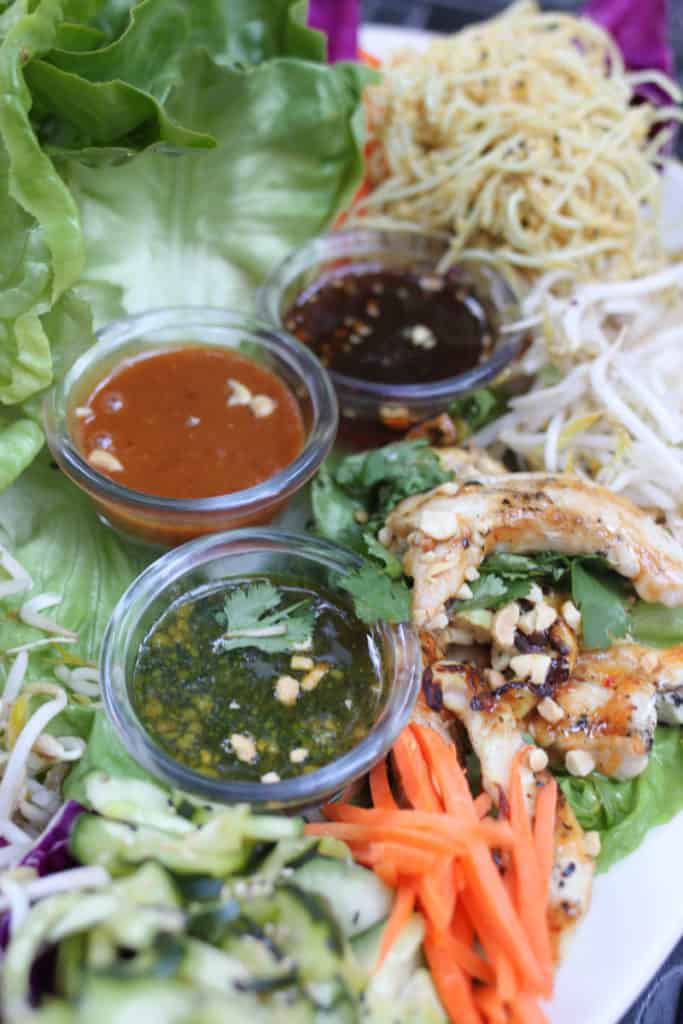 Before The Cheesecake Factory was in Utah, I knew it as one of our favorite places to visit in Caesar’s Palace in Las Vegas. Despite its recent appearance at City Creek Center in downtown SLC, I’m still doing things old school and ordering the Thai Lettuce Wraps. An appetizer on the menu that’s great for sharing with two or three people or keeping to yourself for an entree. I love the variety of homemade Thai sauces accompanied with fresh vegetables and grilled chicken. 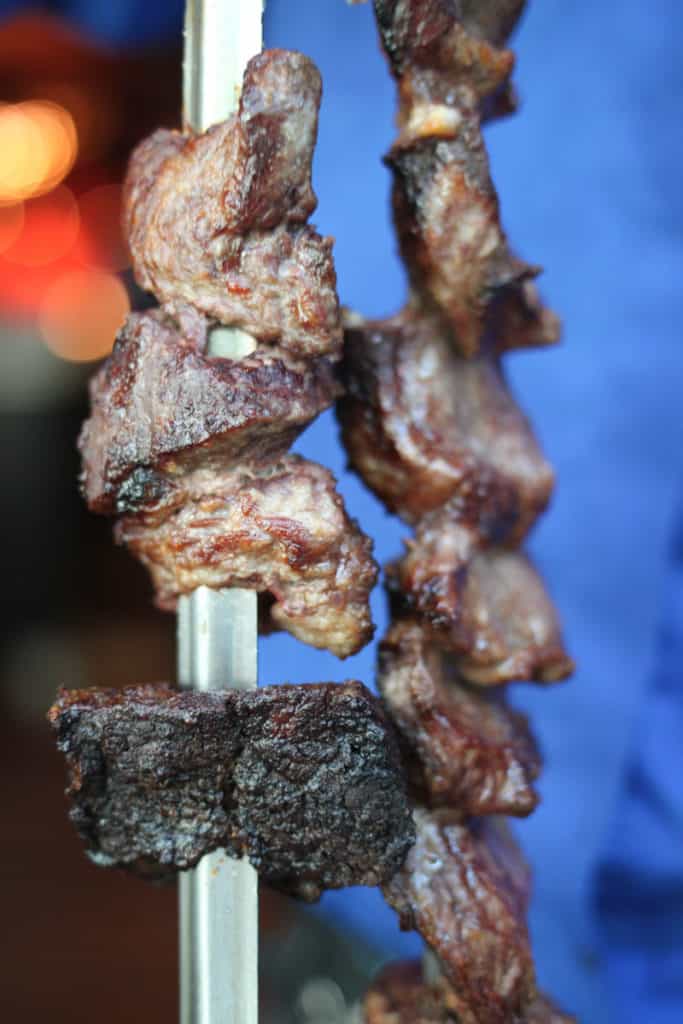 Looking for the best upscale experience at City Creek Center? Texas de Brazil’s offers a unique, top to bottom Brazillian steakhouse experience with a 60-item salad bar, a caravan of servers offering freshly prepared meats table side, and a variety of a la carte desserts to satisfy your sweet tooth. Our favorite cuts of meat include the filet mignon wrapped in bacon, lamb chops, and flank steak. Foodie tip: make sure you’ve got an empty stomach when you dine at Texas de Brazil- the portions are enough to feed a small army. 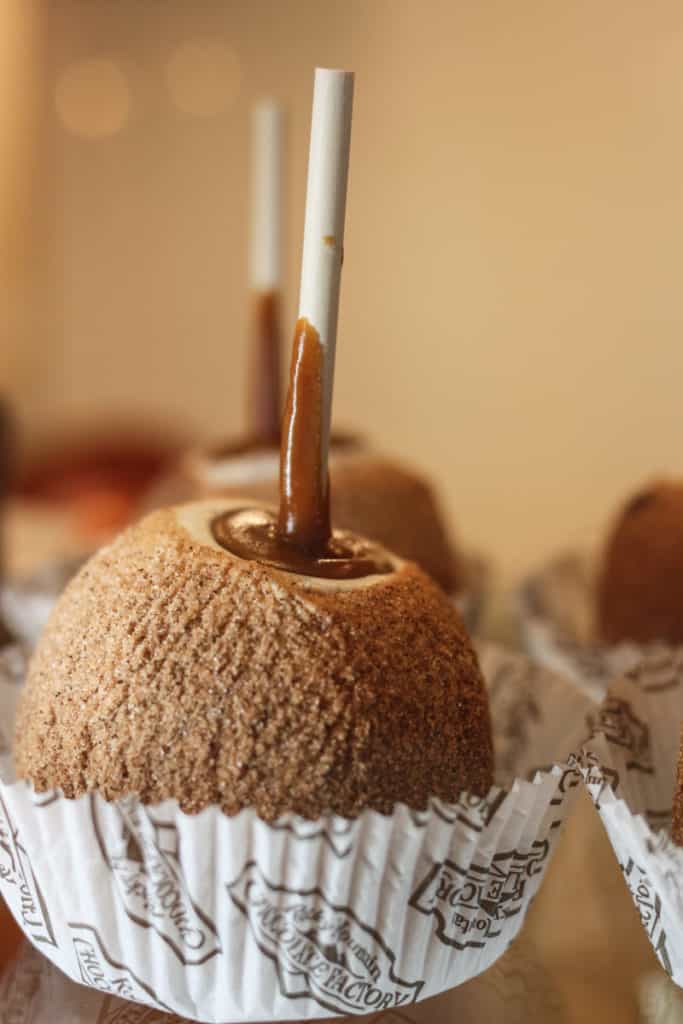 Have I mentioned that I love chocolate yet?? An oldy but a goody, nothing hits the spot quite like fresh, soft caramel coating a tart, crisp apple encased in thick, rich chocolate. Now that Rocky Mountain is just a couple miles down the road at City Creek Center, I can enjoy branching off from the classics and try some new favorites- namely, the Apple Pie Caramel Apple (caramel, white chocolate, brown sugar & cinnamon). Bring your significant other, ask for an employee to slice up one of their caramel apples, and thank me later. 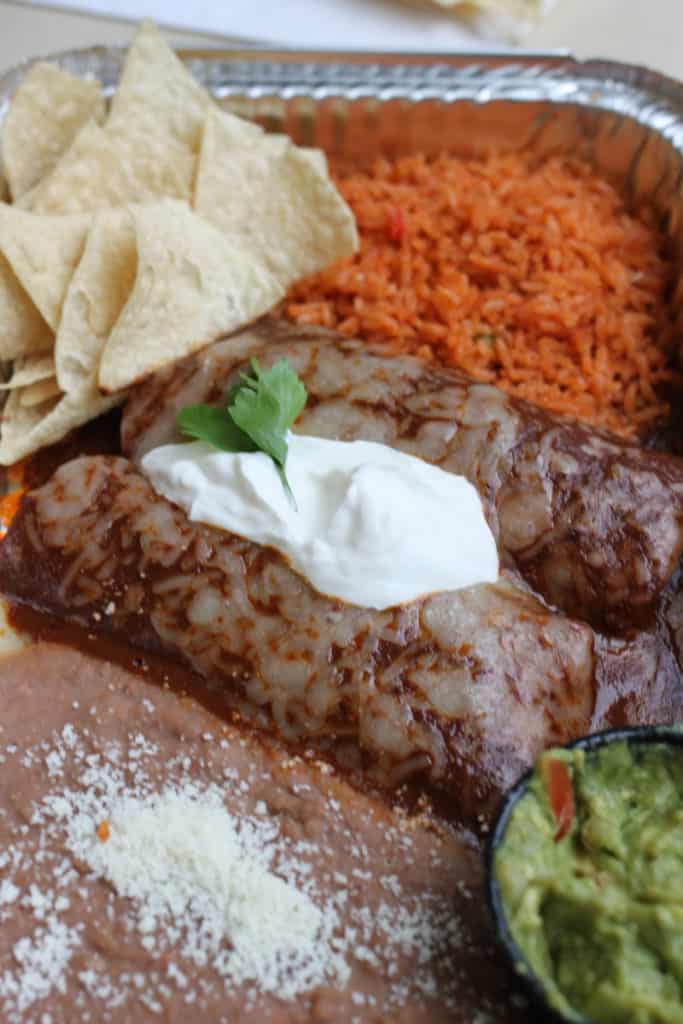 If you’re a true Salt Lake City foodie then you’ve eaten at The Red Iguana more times than you can count! When I found out that Red Iguana was nestled in the back corner of City Creek Center’s food court, I was thrilled to say the least. Their “express” menu consists of several restaurant favorites including the Enchiladas Suizas (pictured), Mole Amarillo, and the Tacos Don Ramon. Make sure to complete your order with a glass of their house made horchata.