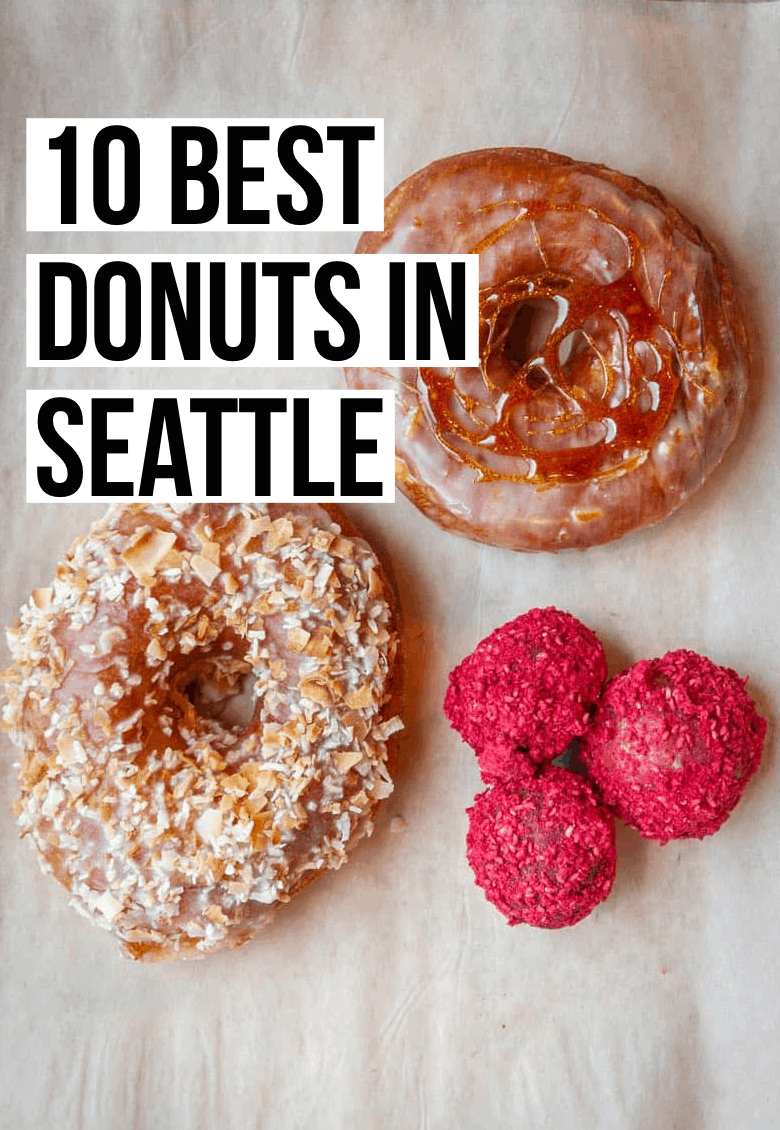 Ask any Seattle local where to find the best donuts in the city the response you’ll get is, “Drive three hours south and get one in Portland”. But our guide to the best donuts in Seattle is about to change that! From fritters to filled, and cake to old-fashioned, Seattle has amazing options for all the donut lovers out there. So if you find yourself craving a donut in Seattle, don’t even think about hopping in your car and driving south! Here are the top 10 places you can sink your teeth into incredible donuts right here in The Emerald City.

Indulge in the Best Donuts in Seattle 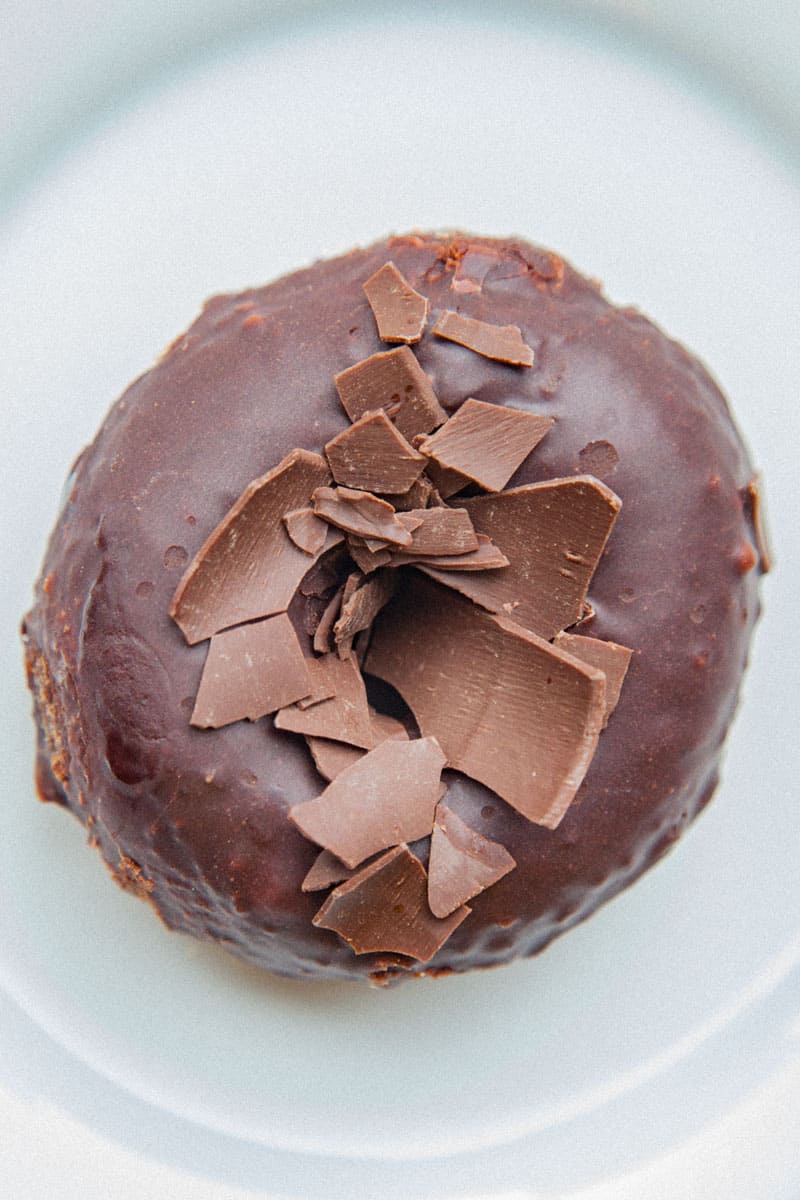 Tempesta is a small coffee shop, and one of the most underrated places to find the best donuts in Seattle. Here, they utilize high-end ingredients to craft unique flavors, and tender, chewy dough that somehow remains bready. If you’ve never had Valrhona chocolate, use this as your excuse to experience it on one of Tempesta’s wonderfully moist and chocolatey donuts. Don’t forget to check out their Instagram account to find out what their donut of the week is. Some of their past mouthwatering creations include maple pecan, baklava, lemon pistachio, and horchata. Tempesta is open daily until 3 p.m., but if you have your heart set on a certain flavor, get there early before it sells out.

9. Half and Half Doughnut Co. 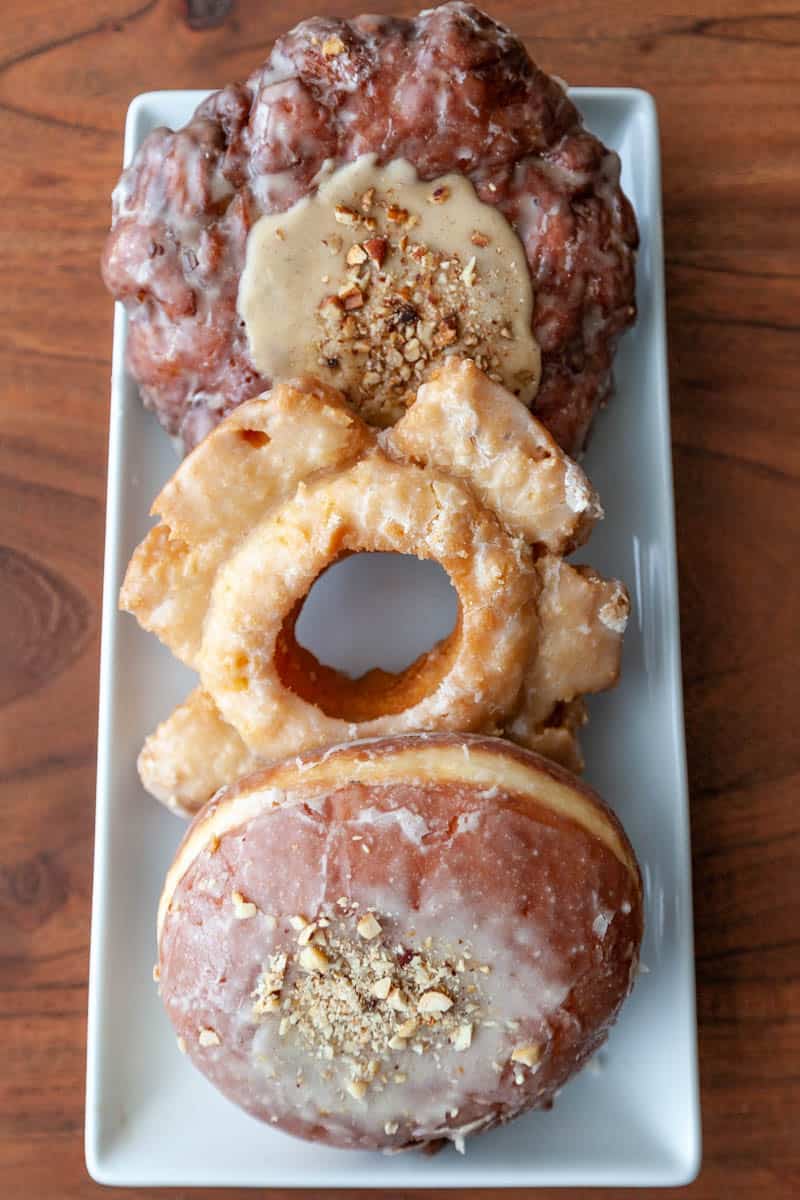 This recently opened donut shop was introduced to the Seattle scene by the co-founder of Top Pot Doughnuts (a local favorite) as a 1950s-themed spot offering big, experimental flavors and high quality, as seen in their must-try pineapple fritter and filled banana foster donuts. If you prefer something more traditional go for the vanilla old-fashioned, it is incredibly moist and sweet as can be. There is no seating to be found at Half and Half, so take your donuts to go and people-watch your way through the streets of Capitol Hill.

Half and Half Doughnut Co. 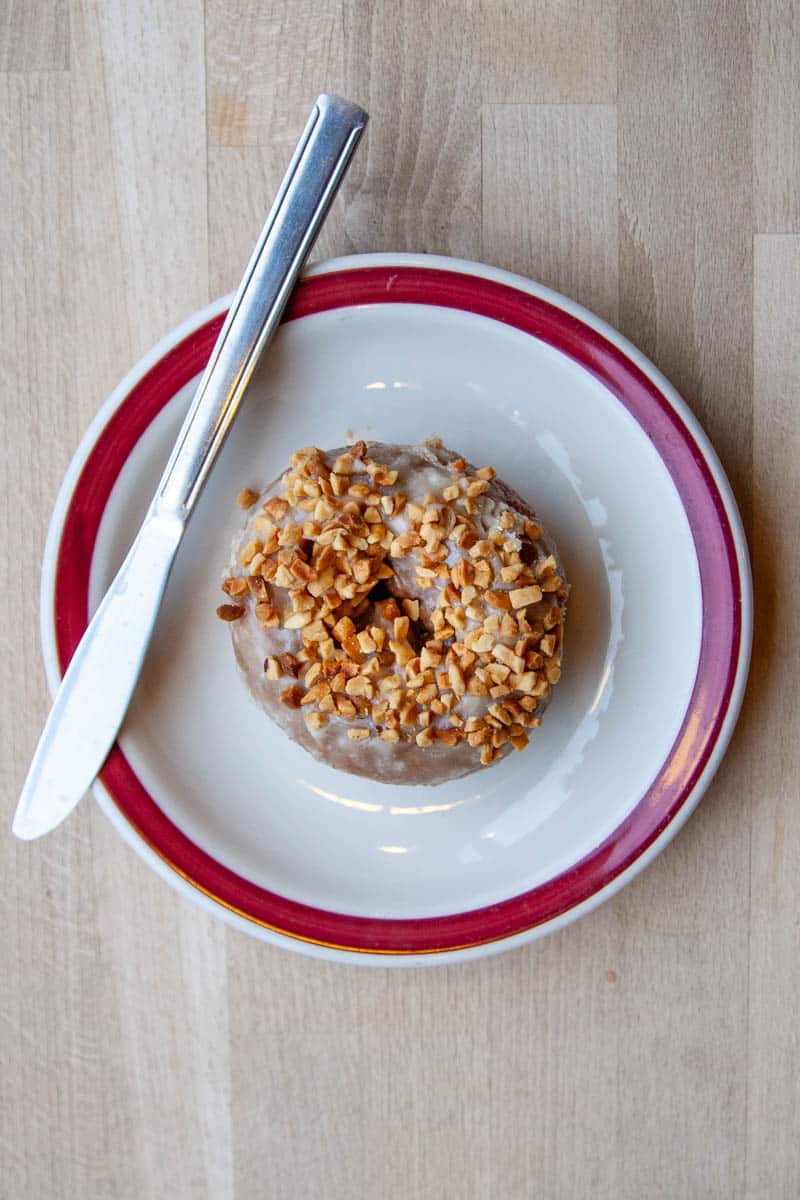 True to Northwest culture, Mighty-O makes donuts out of plants and locals can’t stop singing their praises. Over the years, Mighty-O has expanded to five locations and still continues to serve up some of the very best donuts in Seattle. All of their creations are 100% vegan and made-from-scratch using only the most quality ingredients. The donut to order here is the french toast donut, a spiced cake donut with maple glaze and powdered sugar sprinkled on top. It’s both simple and mind-blowing at the same time. There is also a nutty version, which adds a satisfying crunch to each bite. Want to sample a few more? We recommend trying their apple fritter and the Raspberry Riot as well, both are pleasantly fruity and delicious. 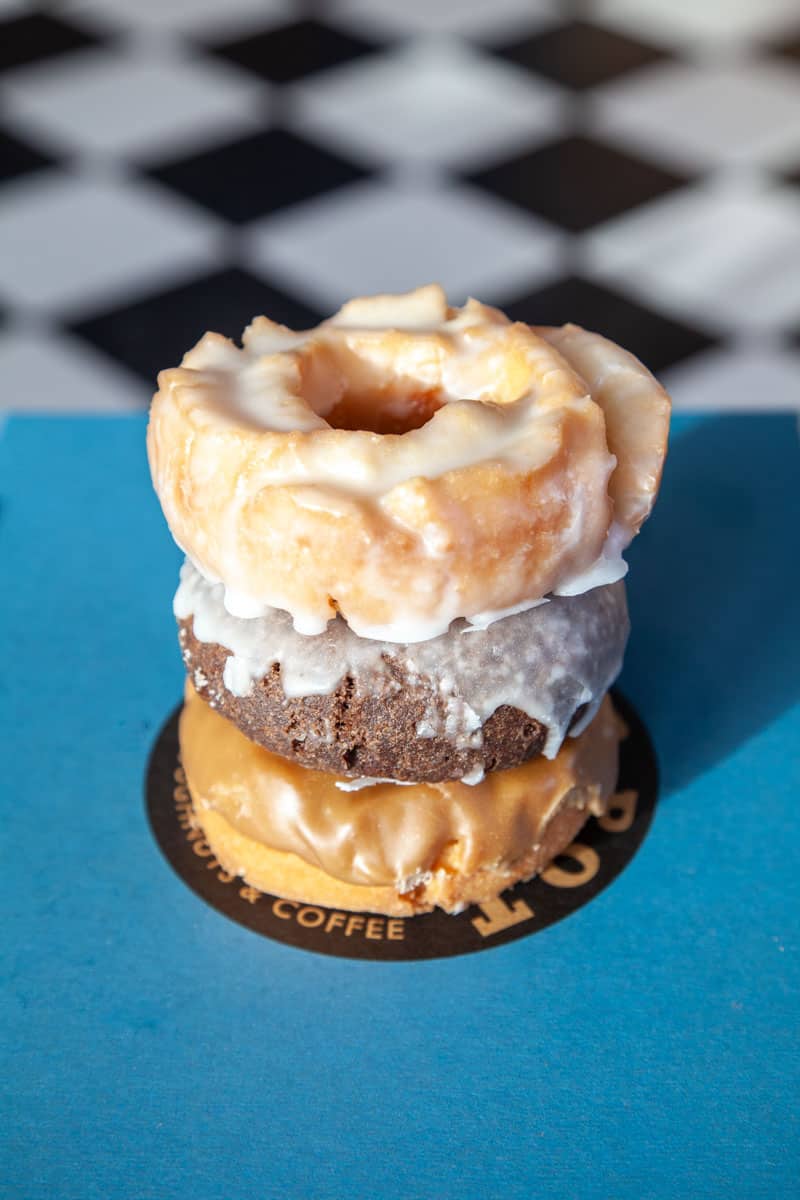 It wouldn’t be a guide to the best donuts in Seattle without Top Pot! Top Pot is a crowd-pleaser where you can find all the classics, making it our favorite place to grab an assorted dozen. Whether your go-to order is a glazed old fashioned, a maple bar, or an apple fritter, Top Pot is doing it right. Not all Top Pot locations have the same selection size though, so keep that in mind if you decide to check out one of their smaller shops. For the true experience, we recommend visiting Top Pot in the Denny Triangle.

16 Spots to Find the Best Dessert in Seattle 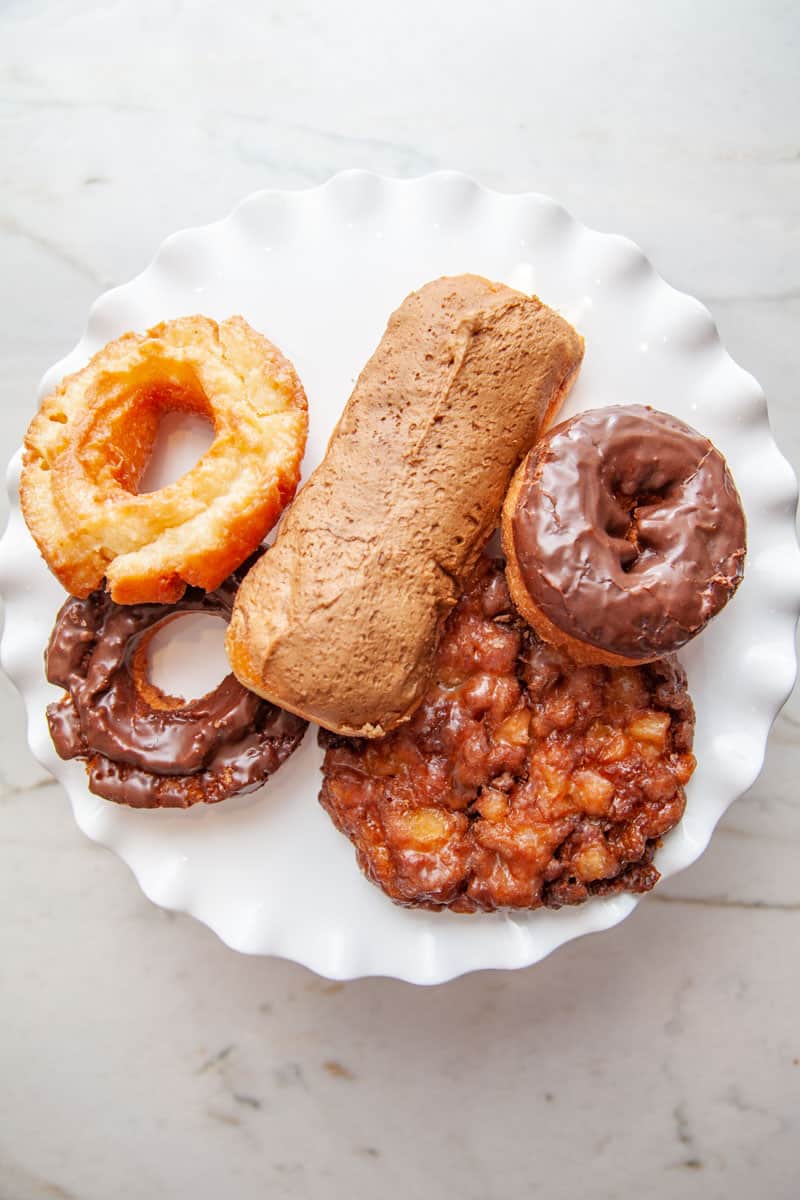 Chuck’s Donuts, in Renton, definitely makes our best donuts guide even though it’s a bit of a drive from Seattle. Their maple bar is irresistibly soft and chewy, and topped with a whipped maple frosting that will send you straight to donut heaven. Go early or call in an order for pick-up, because they always sell out! We also love the apple fritter for its uniquely crisp exterior, and the raspberry filled buttermilk bar that melts in your mouth and makes you forget all about the drive you took to get here. 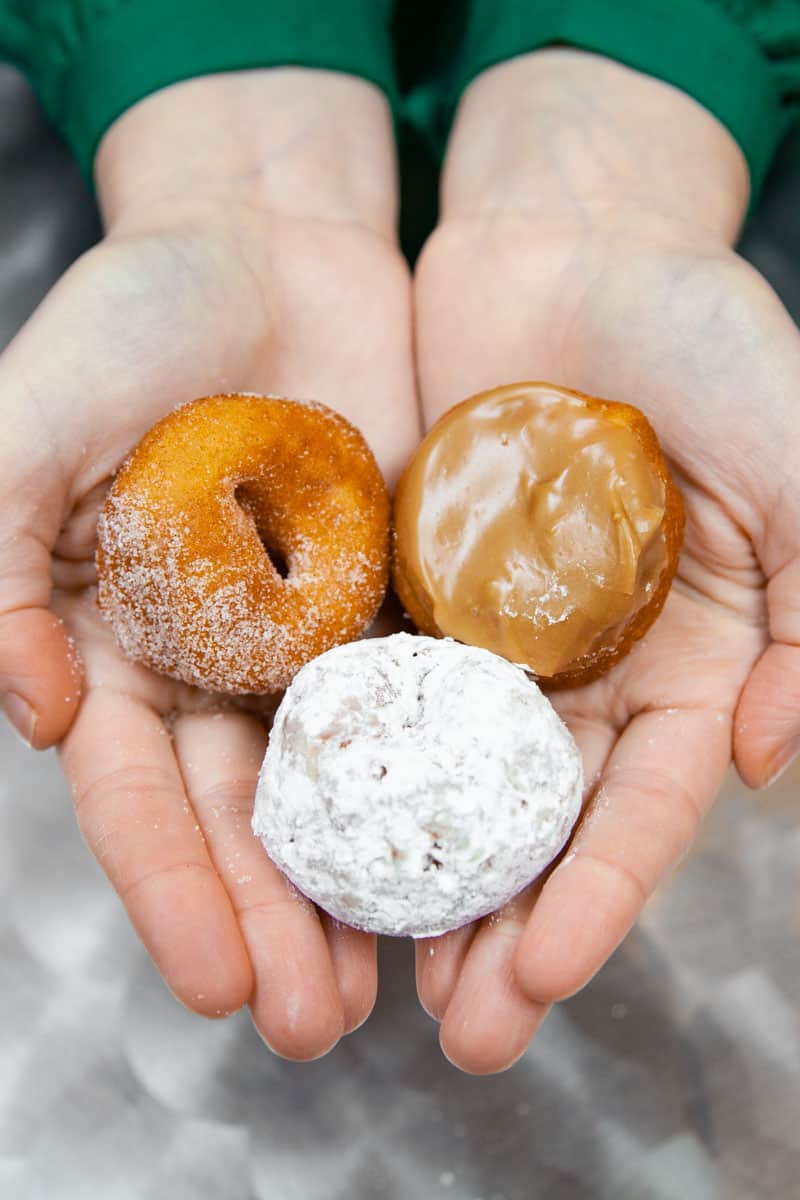 If you want to find some of the very best food Seattle has to offer, Pike Place Market is the place to look. Daily Dozen is no exception, and their fresh mini donuts are some of our favorites! The most popular among locals are the cinnamon sugar-coated donuts, especially if you can grab them while they’re hot. We also highly recommend trying their maple glazed donuts. Each donut is wonderfully crisp, with the ideal chewy center to bite into. Make Daily Dozen your grab-n-go snack the next time you find yourself wandering through downtown. 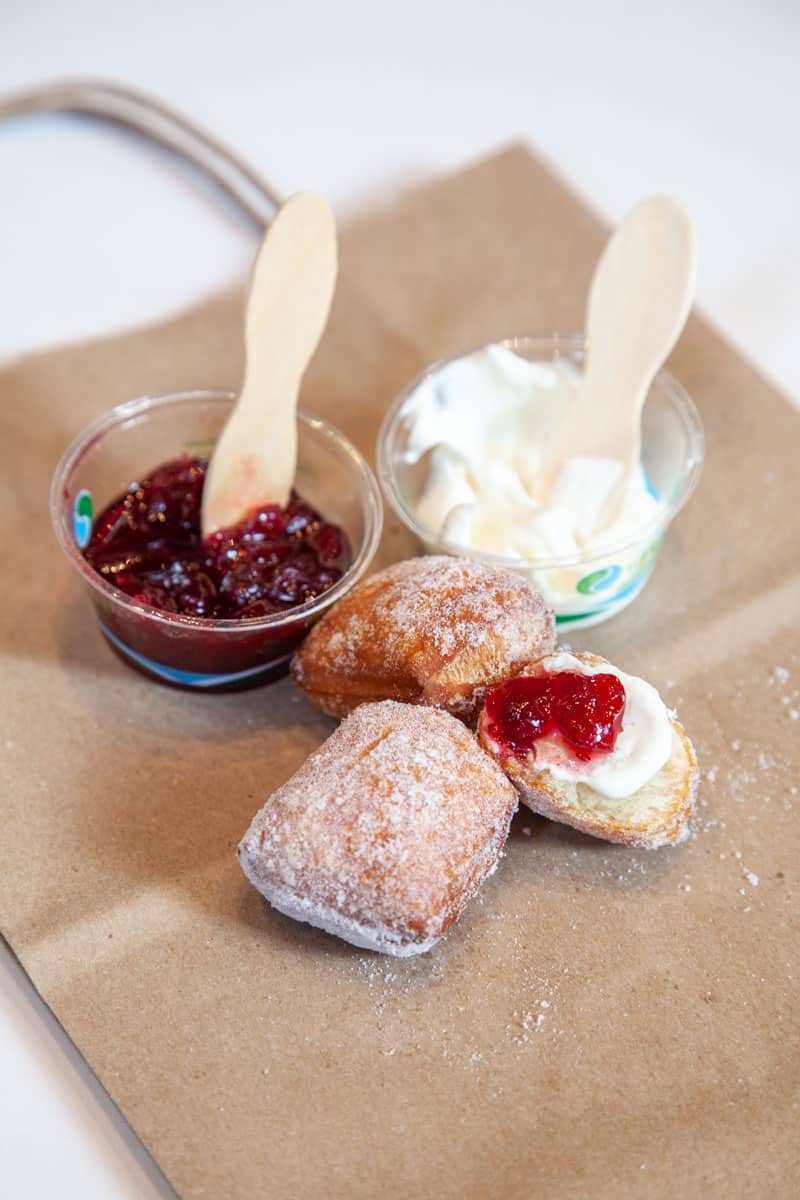 Beignet-style mini donuts tossed in cinnamon sugar, served with a side of vanilla mascarpone and seasonal jam. Need we say more? You’ll find some of the best donuts in Seattle at Tom Douglas’ Dahlia Bakery. An order will get you six mini donuts per bag, so you might want to consider a second order since you’ll probably shovel three of these glorious little fried-dough pillows into your mouth before you even find an outdoor table to sit at and enjoy. The donuts are made-to-order and can be taken to go for added convenience. Also, local pro tip: fellow Tom Douglas restaurants in Seattle also sell these little gems, including the Dahlia Lounge and Lola. 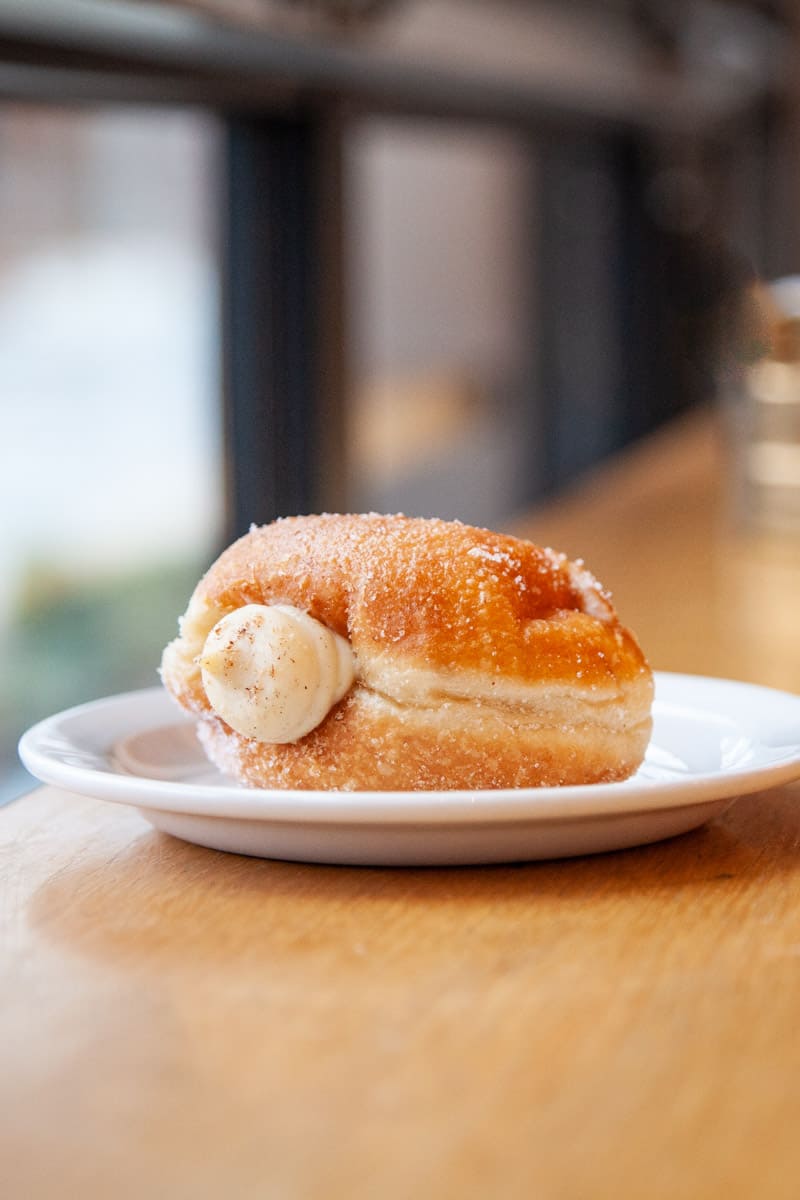 In addition to offering some of the best donuts in Seattle, General Porpoise shops are bright with natural light and charming decor. The vibe at General Porpoise is more upscale, and a place where you’ll want to sit and chat with a friend while enjoying a sugary treat. Written on a chalkboard are their three staple donuts (vanilla custard, lemon curd, chocolate marshmallow) along with two rotating specialty flavors. The donuts are filled to perfection in a pillow of soft dough and coated in sugar. General Porpoise consistently nails every flavor on their limited menu, but we are obsessed with the chocolate marshmallow and recommend it to all first-timers. 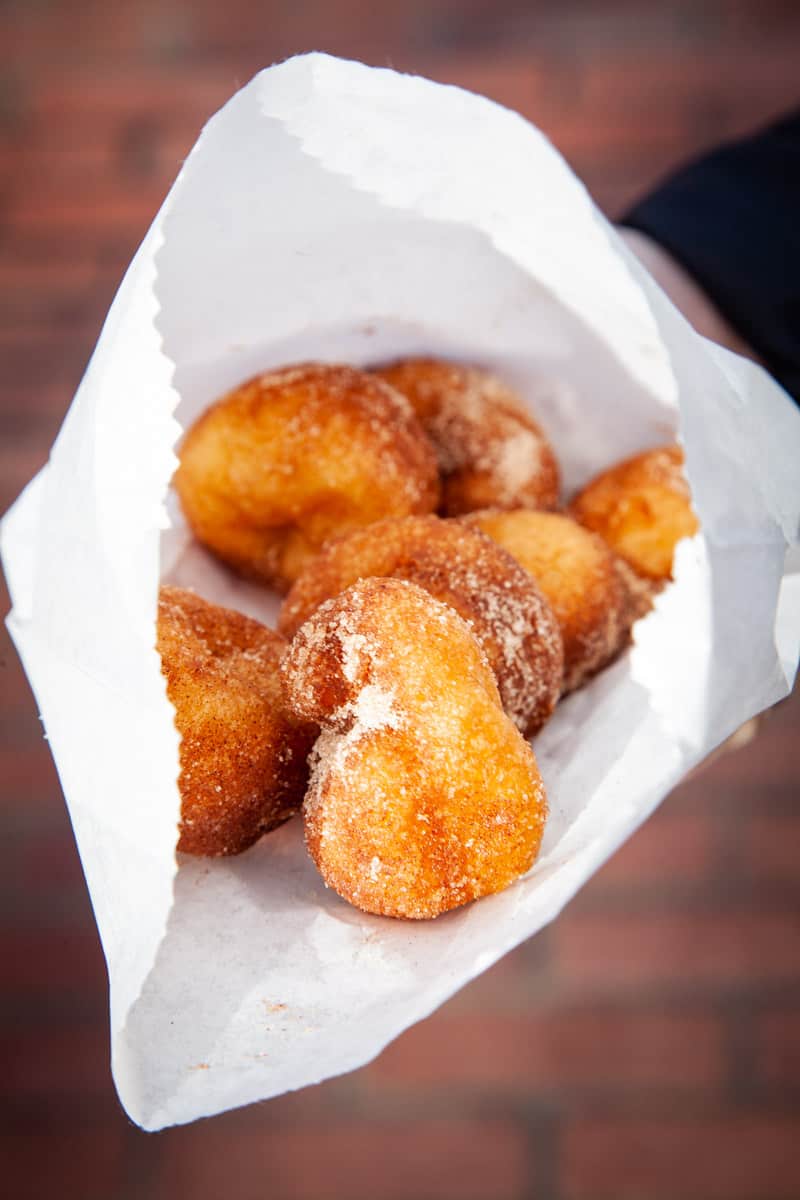 These beautifully crisp mini donuts, found at the Ballard Famers Market are served hot off the machine, and they are completely irresistible. Grab a half dozen bag for only $2, then decide between a powdered sugar or cinnamon sugar coating, or better yet—get a bag of each! Their unforgettable texture and flavor put them at the top of our guide to the best donuts in Seattle, and you’ll find yourself going back for more. You can get your hands on these market minis every Sunday at the Ballard Farmers Market from 10 a.m. to 3 p.m. They only take cash, but the market information booth takes credit/debit for cash tokens that can be used at any of the vendors. 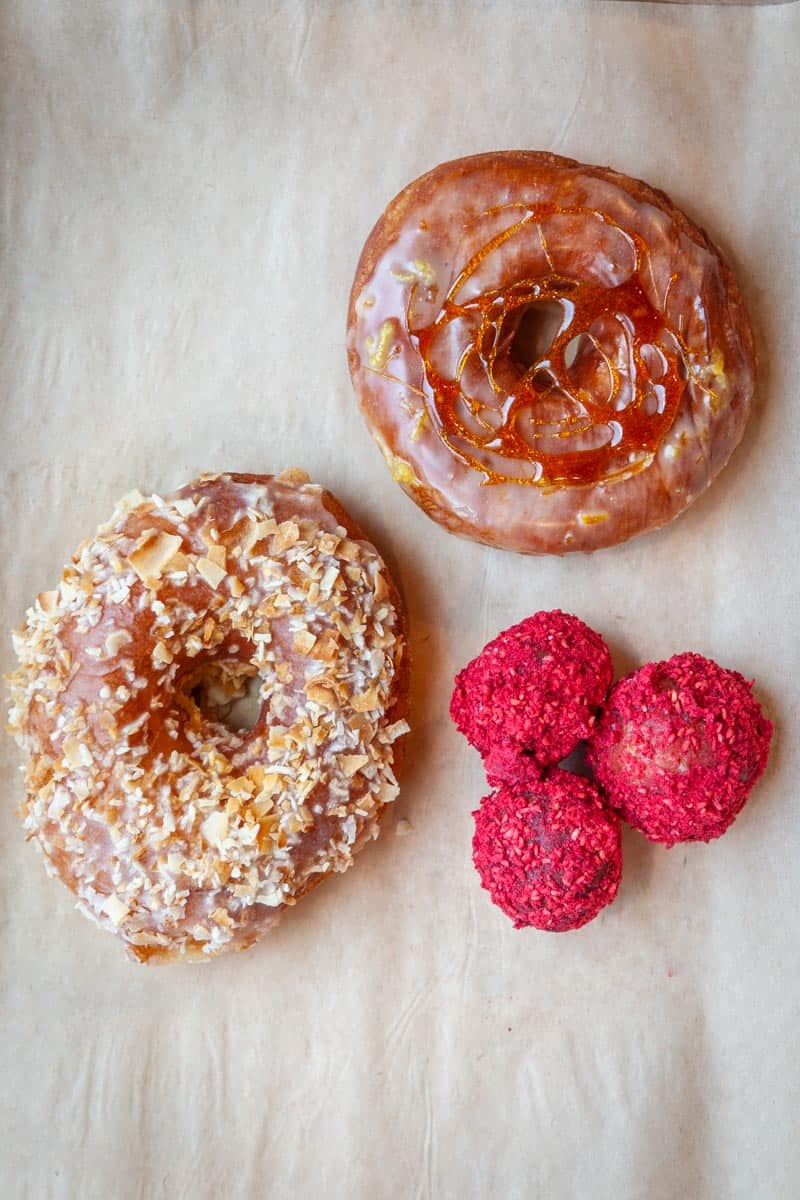 The only word to describe the incredible donuts from Raised is FLUFFY. Seriously, these are the fluffiest donuts we’ve tasted in the area and definitely the very best donuts in Seattle. Apparently, the secret to their success is mixing the dough in small batches, which means that donuts are available until they sell out. Raised is using quality, seasonal ingredients that inspire rotating monthly flavors such as toasted coconut and orange burnt sugar (both life-changing). On their regular menu, you’ll find the completely cute and completely delicious tart raspberry donut holes along with more traditional flavors. The good news is: whatever you order is sure to be a hit!