There are fruit pies, chocolate pies, pumpkin pies, and then there are cream pies. And if you’ve ever been to one of Tom Douglas’ restaurants in Seattle or his iconic Dahlia Bakery on 4th Ave, then chances are you’ve tried his world-famous triple coconut cream pie. 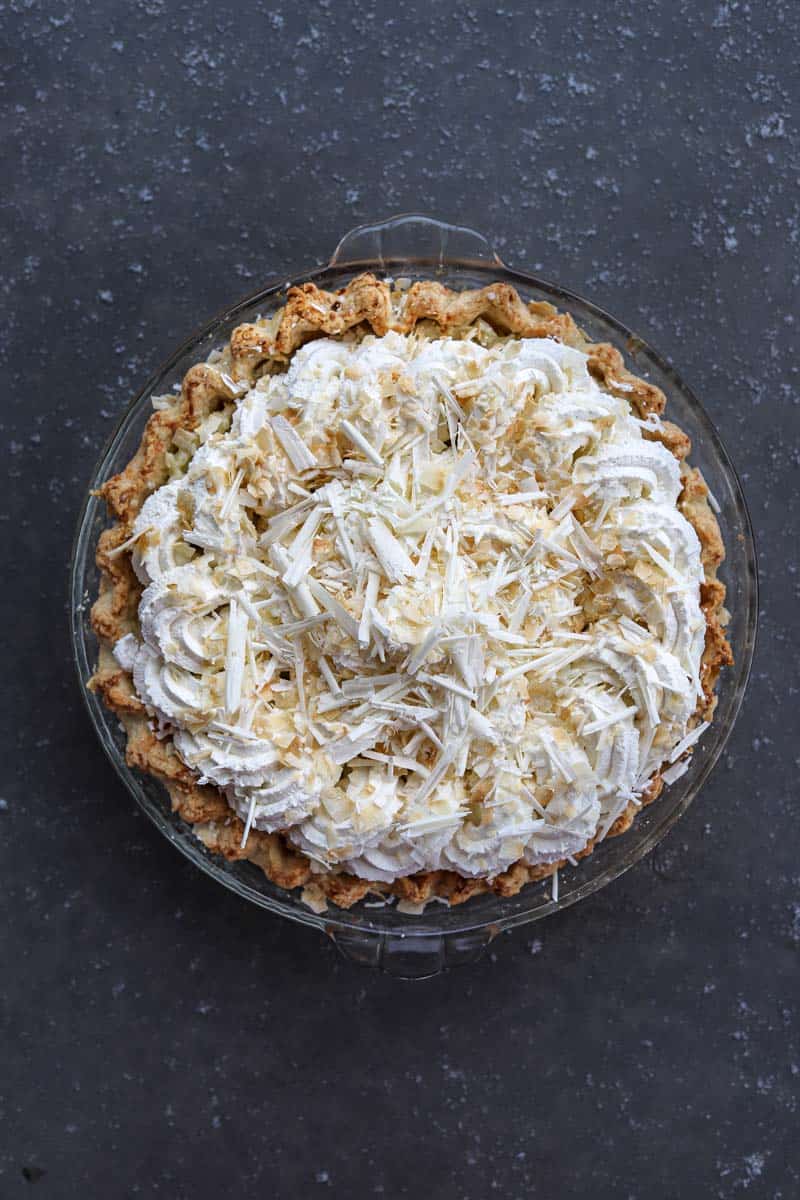 You read that correctly: triple. coconut. cream. pie. With coconut laced in every layer including the crust, coconut cream, and toasted coconut shavings on top, this pie is nothing short of a national treasure. 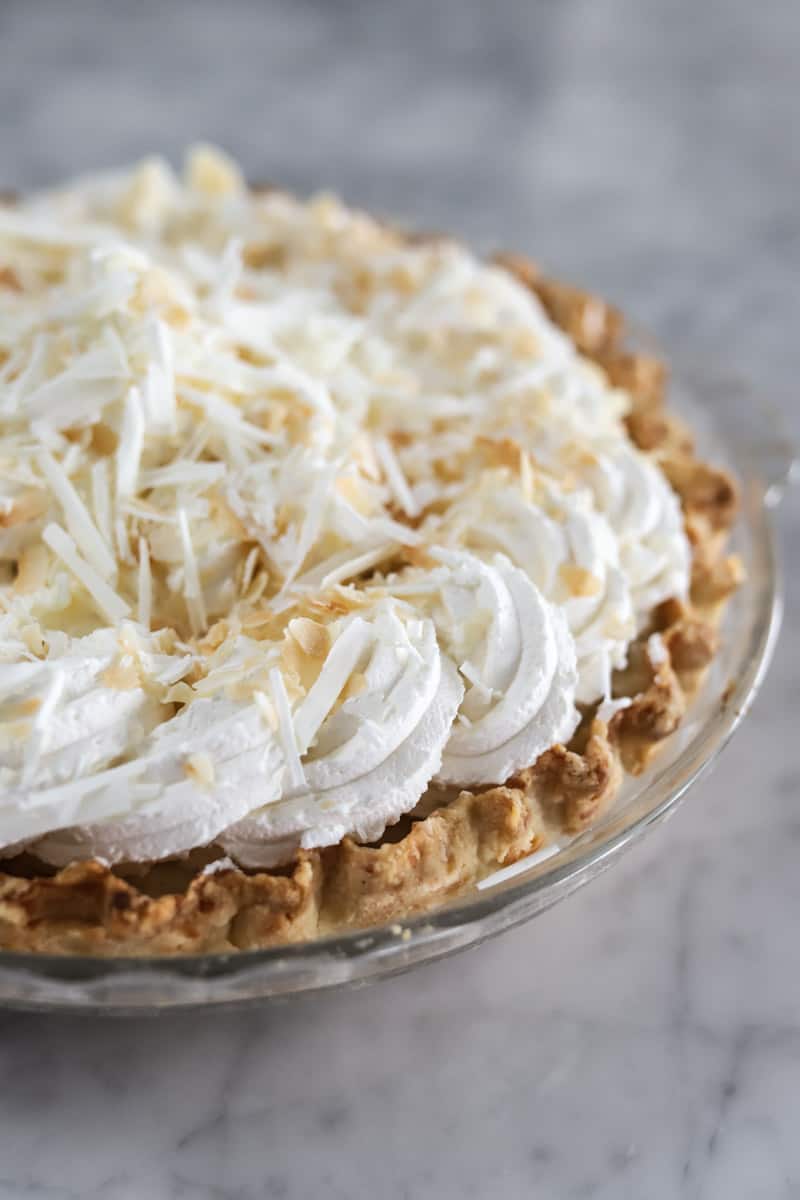 You most likely have the majority of the ingredients for this pie on hand, but the things you’ll want to make sure you have are the shredded sweet coconut, unsweetened chip coconut (yes, there are two kinds of coconut in this pie), one vanilla bean, one can of unsweetened coconut milk (full fat, not low-fat), and a bar or chunk of white chocolate. 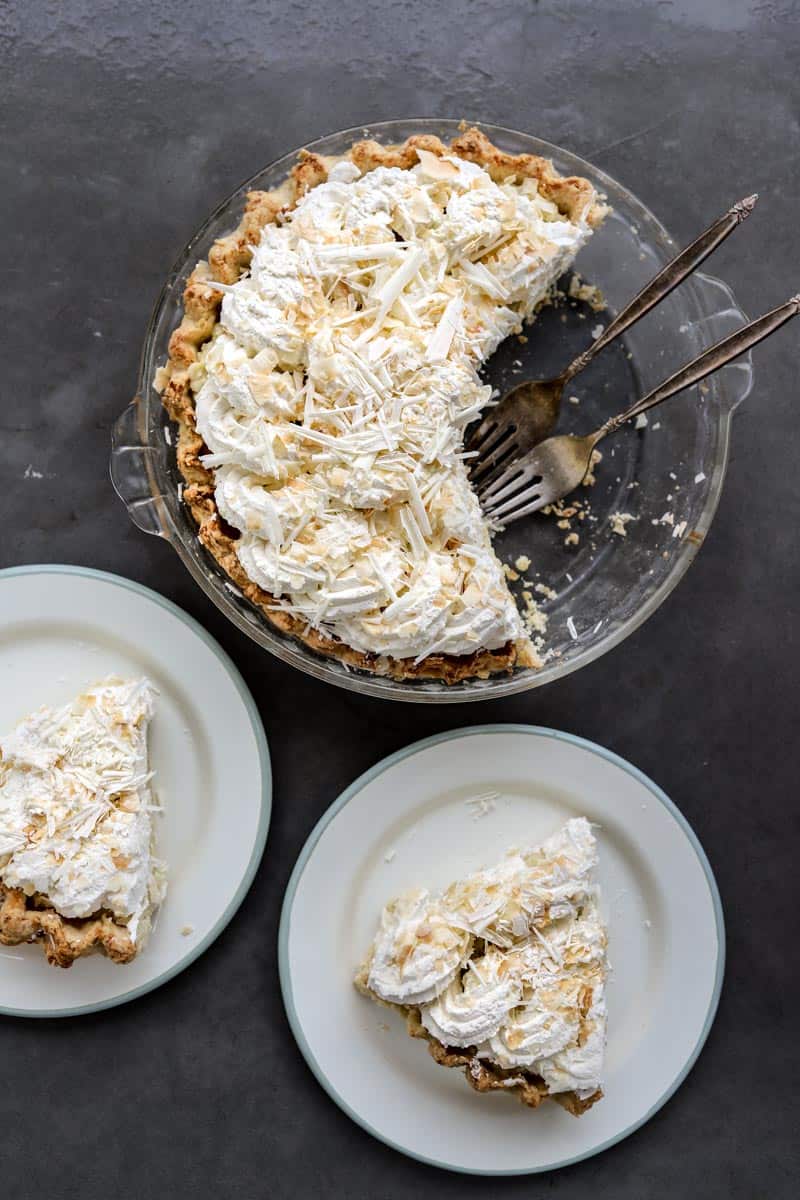 MAKE THIS NEXT: SALTY HONEY PIE 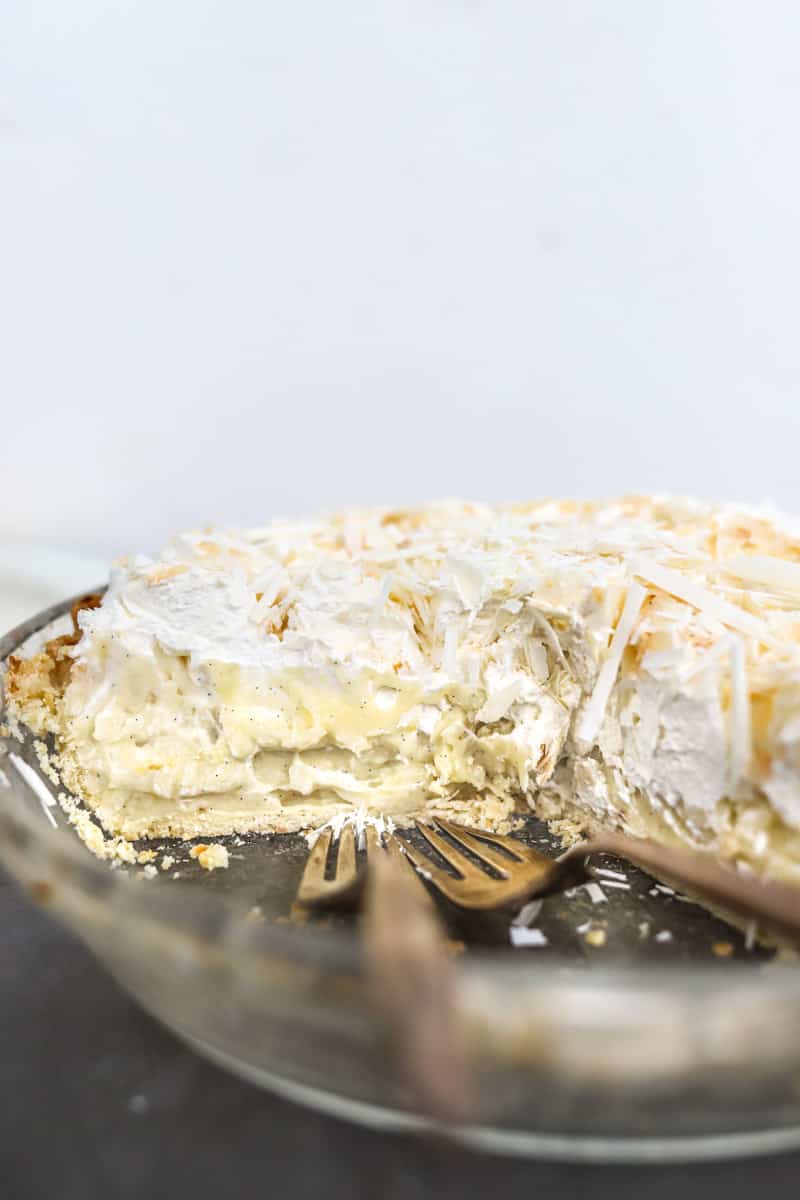 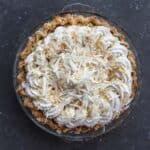 *Try to use a heavy whipping cream that has a minimum of 40% fat.